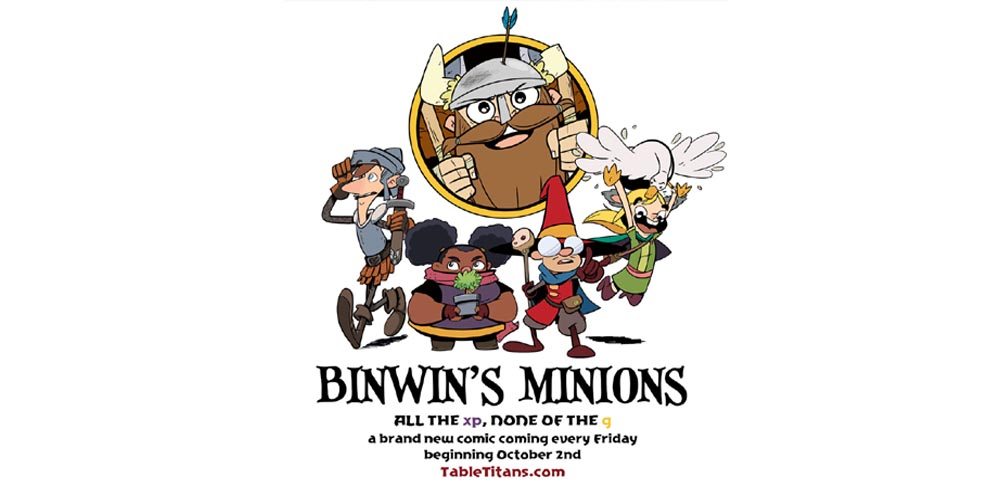 Binwin’s Minions is a weekly comic produced at TableTitans.com by Scott Kurtz and written and illustrated by Tavis Maden. The comic released every Friday coincides with a game that they have in development with Bill Roper, who has formerly done design and production work on properties such as Warcraft, Starcraft, and Diablo as well as working for Disney interactive. The goal is to create a game which is a hybrid of RPG and Puzzle elements.

The character of Binwin Bronzebottom was created originally as Scott Kurtz’s character for the Acquisitions Incorporated Dungeons & Dragons game that started as a podcast and then grew into a live event at the PAX conventions around the country. Binwin is a surly dwarf character known for his drinking and use of a large axe. As the popularity of Acquisitions Incorporated grew, so did the legend of Binwin Bronzebottom. After years of being a part of AI, Kurtz AKA Binwin decided to go solo and create the first Acquisitions Spin-off.

What makes the new game fresh and entertaining is that it boils down the RPG elements into a simple story line for low-level characters and puts them into immediate peril that contains puzzles that lead to peril. Binwin has the power to revive his recently deceased minions who fail at the puzzle-solving, giving the game a Dark Souls quality. A great deal of humor comes from the multiple deaths of the minions as they fumble through the story.

At PAX East, I was fortunate to be able to see the game in person. Chris Perkins, Dungeons & Dragons‘ most heralded Dungeon Master, ran the game for a packed audience. This day’s story revolved around Binwin and his minions entering a dungeon room with three enormous kegs of beer. Each brew gave the player a bonus attribute but also a negative one. Once they consumed their brews, they went into a hallway with four unlit disks that they needed to traverse to reach the other side. Beneath the elevated platforms was a gray ooze that could turn any of the adventurers into stone if they fell into it. This is where the style of play of this game comes into its own. The next half hour was sheer hilarity as the minions constantly innovated ways to land in the ooze. They tripped and fell, attempted to throw each other across and found out why you do not cast feather fall and then try to throw a character. Eventually, with the help of their cat-like druid, they were able to cross the platforms and complete the task. In total the game lasted a little over an hour, which made for very tight and entertaining gameplay. I have to say that for people who are new to roleplaying, this is a great introduction to the form. It gives you an introduction to the concepts and game-play without getting too deep into rules and lore. I look forward to reading the weekly comic, seeing further recordings of these panels, and hopefully attending more live ones myself. If you are a lover of roleplaying this is a must add to your vocabulary. 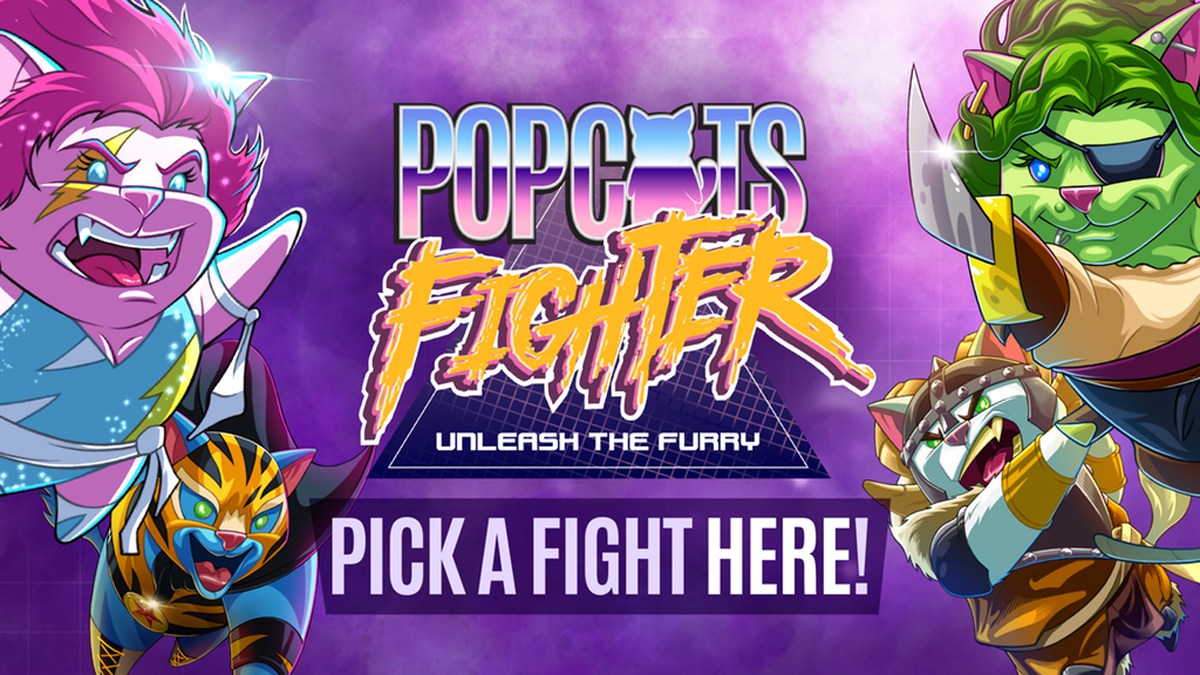 ‘Minecraft: Builders and Biomes’ Brings the Classic Game to Your Table