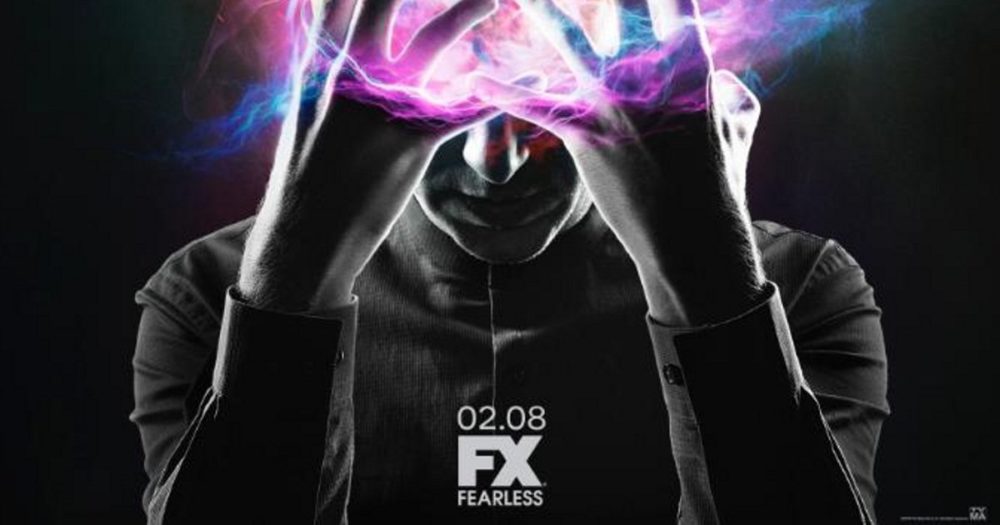 If you watched the Super Bowl, you saw the continuous streams of advertising for the new FX show Legion. To say that Legion has problems would be to put it mildly. My review of the rape culture issues pretty much sums up the number 1 reason I’m noping out of this show. Regardless of what happens going forward in terms of the relationship between David and Syd, I have to refuse to endorse a relationship based on a man’s inability to respect a woman’s body. So, let’s just all say “Nopity nope nope nope nope” to that one.

However, what bothered me as much was the portrayal of mental health. First, we have Lenny who acts as a very “Lisa from Girl, Interrupted” character. We have the crazy girl who’s dark and dangerous and edgy. Mental health trope #1. Lenny sits staring at one of the other residents, whose line of drool is about 12 inches long, asking, “So, clonidine and yogurt? Do you think that’s what it is?” Now we have mental health trope #2. Then we see Syd take her meds and open her mouth super wide to show she swallowed them. Mental health trope #3. When we see all of the patients in a room, they’re all spaced out and half of them are in wheelchairs. In fact, both David and Lenny, who are mobile, are seen rolling around in wheelchairs for fun. Mental health trope #4. I could go on, but I think you catch my drift. These representations only continue to present negative and damaging narratives for those battling mental health disorders.

When going back to the comic books, the 1983 representation of David Haller is:

Taking the comic in its cultural context, the discussion of schizophrenia makes sense. However, we live in 2016. In 2016, we know that schizophrenia and dissociative personality disorder are two different things. This means that as a society, we need to do better. Schizophrenics may hear and see things that are not real; however, they do not have multiple personalities. Perpetuating that stereotype in a modern show is, at the very least, dismissive.

Popular culture has a sordid history of misrepresenting schizophrenia. In an interview with Vice.com, psychologist and movie buff Danny Wedding discusses poor portrayals of schizophrenia,

Well, you know, it’s an old Jack Nicholson movie, but The Shining showed Nicholson becoming homicidal and trying to kill his wife and his child, and it is pretty awful. Nightmare on Elm Street showed Freddy Krueger as a patient whose mother had been in a psych hospital and he had a violent mental illness himself. Those are two of the most egregious. Some are so bad it’s so hard to even talk about them. Almost all of the films that link mental illness with violence also involve sexuality in some way, so people are not just killed, they’re raped and sexually violated and then killed.

Legion‘s David Haller reinforces this dangerous stigmatic trope. In the show, for example, David tells his interrogator that he has no memory of killing Lenny, that it was Sad in his body, and that they mind-swapped. Yes, in a sci-fi show, that is totally plausible. However, the reliance on this dangerous trope in conjunction with the continued confusion of schizophrenia and dissociative personality disorder in modern popular culture makes this not only a tired trope but a damaging one.

Legion‘s visual are gorgeous and trippy, incorporating vaguely atonal music. The saving grace of the show also, upon reflection, aids and abets the problematic nature of its relationship to mental health. Craig Middleton from James Cook University notes in his article, “The Use of Cinematic Devices to Portray Mental Illness,” notes,

These devices which make Legion so beautiful are also insidiously damaging. Looking at the vibrantly surreal colors, the close-up shots, and the atonal Beatles-esque music through Middleton’s lens, Legion egregiously and subconsciously furthers the continued stereotype of  the violent schizophrenic (who’s actually not a schizophrenic because the person really has dissociative personality disorder, but hey, tomayto/tomahto, right?).

As if the misrepresentation of schizophrenia weren’t bad enough, FX had an opportunity here. A really wonderful opportunity. More recent comic portrayals of David Haller have referred to him as autistic.

Legion/David has a hard time functioning in society. He is alternatively an individual with dissociative personality disorder and/or autistic. The comics alone have issues that need to be addressed in a live action reboot of the character. Autism is distinct from schizophrenia is distinct from dissociative personality disorder. While the comics may conflate these, today we need to do better. By combining an autistic character with a schizophrenic character, Marvel already created a problematic representation of autism as dangerous. The FX show only furthers this in the most dangerous way possible.

In the comics, David is on Muir Island, the mutant research facility. He is not in a mental health hospital. This narrative choice by the writers of the television show damages all three of the disorders discussed in this post. Instead of having him in a place he belongs, the writers specifically chose a mental health institute. They did not have to rewrite the origin story this way. They chose to do this. This choice means that the writers owe those with mental health issues a responsibility. FX chose to rewrite a mutant research facility as a mental health facility for dramatic effect. FX then chose to make that mental health facility as cliched as possible. FX also chose to take a character who is portrayed as autistic and schizophrenic as needing to be institutionalized. In other words, David Haller’s Legion tells autistic people or schizophrenic people that they should be institutionalized because they are dangerous.

We need to be better than this as viewers and consumers of media. We need to promote healthy representations of disabilities, not damaging ones. We need to call out continued tropes where we see them and ensure that those who make them are held responsible.

Why am I being so pedantic? I’m being pedantic because Marvel can do and has done better. Current runs of Spider-Woman and the new Hulk have dealt and are dealing beautifully with things like post-partum depression and post-traumatic stress disorder. Legion could do this as well. FX has done well in the past with issues like substance abuse and post-traumatic stress disorder in shows like Denis Leary’s Rescue Me. This is what makes the representation in Legion particularly perplexing. Marvel and FX can do better, have done better, and yet didn’t do better here.

The Death of a True Hero – Jill Kinmont Boothe

What I Learned About the Future at Sundance Film Festival