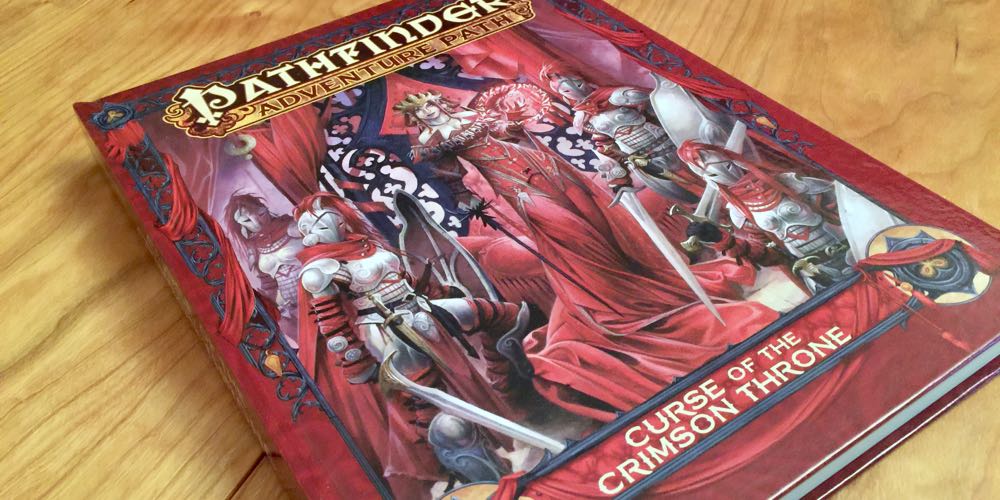 Now available, Curse of the Crimson Throne is the second Pathfinder Adventure Path to receive an update and retooling for the Pathfinder Roleplaying Game. All six modules of the original Adventure Path are included in this massive hardcover compilation. This nearly 500-page volume includes new illustrations, new characters, new location maps, and new encounters from when it was first released.

A Pathfinder Adventure Path is a complete campaign for a group of characters, covering their career from 1st level adventurers to, in the case of Curse of the Crimson Throne, level 16. In Curse of the Crimson Throne, the characters are swept up in the intrigue surrounding a transition in power in Korvosa, a large city in the wilderness region of Varisia in the Pathfinder campaign setting of Golarion.

The kings and queens of Korvosa have long ruled under the shadow of the Curse of the Crimson Throne-an infamous superstition claiming that no monarch of the city of Korvosa shall ever die of old age or produce an heir. Whether or not there is any truth to the legend of the curse, Korvosa’s current king is but the latest victim to succumb to this foul legacy. Now, the metropolis teeters on the edge of anarchy, and it falls to a band of new heroes to save Korvosa from the greatest threat it has ever known!

Curse of The Crimson Throne was Paizo’s second Pathfinder Adventure Path, following Rise of the Runelords with Adventure Path volumes 7-12. Much has been changed in this compilation. Many of the changes are because of feedback on the Paizo.com forums where “countless GMs and players posted their thoughts and reactions to the original versions of the adventures.” For instance, “Chapters 2 and 4, in particular, have been significantly reorganized so that their events can flow more smoothly while also encouraging a more ‘sandbox’ style of play, where the players can pick and choose their path through the adventure rather than run along behind the plot.”

The book is beautifully laid out. With a white page background, the pages are easy to read, and the book is rife with excellent art and cartography. Creative Director, Jame Jacobs, says in a blogpost on the Paizo site that an enormous amount of new art was added to the Curse of the Crimson Throne hardcover. Due to a change in the layout of art from the early days of Pathfinder Adventure Paths, as well as a change in the style of the art, they “found it really easy to find excuses to add artwork to the new book.” A situation that benefits the readers greatly!

Consistently listed as one of Paizo’s best APs, Curse of the Crimson Throne is one I’d love to run or play. My family and I are knee-deep alternating between the Rise of the Runelords and Carrion Crown Adventure Paths, so I don’t know when this’ll be. Too much to play and too little time! I have read that it’s a good read, in any case, having an engaging story and covering great Golarion lore.

Want to learn more? To see if you’re interested, without the risk of spoilers, checkout the Curse of the Crimson Throne Player’s Guide. This free PDF is available on the Paizo site. You’ll need to log in to download it, but this guide gives you player background about the campaign.

The hardcover is available on the Paizo Site for $59.99 or the PDF for $41.99. The hardback is available at Amazon for quite a bit less. Or, better yet, support your local gaming store and find it there. Like Paizo’s other products, the Adventure Path is supported with pawns, cardboard cutouts used as miniatures, available at Paizo and Amazon.

Check out this beautiful new hardback, and see if you can beat the curse!

Disclosure: Paizo provided a copy of Curse of the Crimson Throne for review. 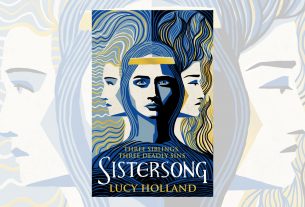 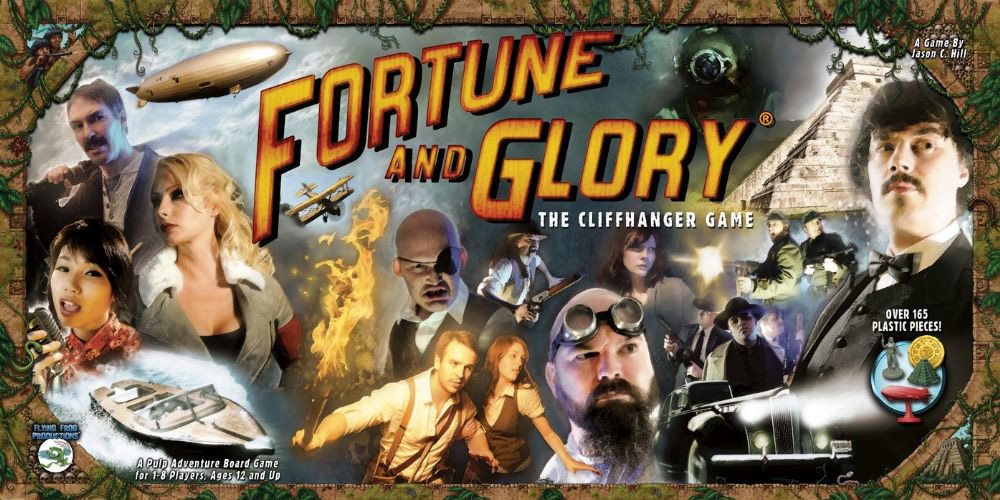