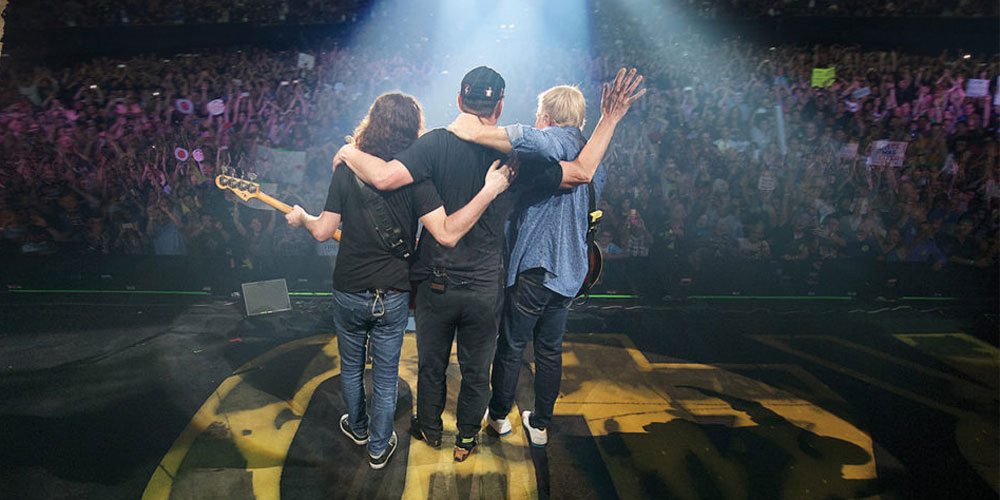 There have been whispers for a while. At the announcement of the R40 tour, the press release suggested it would be the last big tour. Then four months after the tour ended, Neil Peart was quoted as calling himself a “retired drummer.” There was a lot of parsing of the article announcing Peart’s retirement, much of it founded in disbelief and a desire for it not to be true.

Still, this is how the stage was set as a year ticked by, with not much more news from the Toronto trio. Sure, there was the release of the R40 live album (and Blu-ray) and then milestone anniversaries for 2112 (40th) and Test for Echo (20th), but beyond that, things were quiet in the Rush camp. So when Rush announced a new documentary would be shown in theaters November 3, you could almost hear Rush fans hurrying out to buy tickets. (Yes, the film will be released to stores on November 18, but who can wait for that?)

Last Thursday, my whole family piled in the car and trundled over to a local theater to take a look at Time Stand Still, their thirteenth movie release. I wasn’t sure what to expect, but I was sure I would enjoy it. As I sat down with my wife, kids, and my other family, my Rush brothers and sisters, mostly dressed in shirts from one tour or another, I felt at home. Let’s talk, for a moment, about the Rush fan. For the most part, it’s a binary taste — you are either in or you are out. There aren’t many “casual” Rush fans. In fact, most Rush fans you meet are HUGE Rush fans — an allegiance they’ll offer up, oftentimes unasked. They are friendly, smart, and a pretty geeky bunch. And their arsenal of air instruments is immense.

The pre-show entertainment was already running and I was pleased that, rather than advertisements, the Fathom Events team had put together a variety of DVD extras from previous Rush releases, along with some trivia questions for pre-movie viewing. (Q: How many of his basses did Geddy bring with him on the R40 tour? A: All of them.)

When the lights dimmed, we were treated to a really nice cartoon by Fantoons, set to a Neil Peart interview. This was followed by the upcoming DVD extra, A Salute to Kings, which featured Chad Smith, Taylor Hawkins, Gene Simmons, Scott Gorham, and others praising Rush and their impact on music. There were some high spots, but to be honest (and maybe it was just the anticipation of the film), it went on a touch too long. But then, the movie started. Our theater, nearly sold out, was pumped.

The movie is part retrospective, looking back on their careers while providing a backstage pass to the rehearsals and shows on the R40 tour. Gradually, Rush fans were introduced, with a focus on Obama White House staffer, Jillian Maryonovich, who is also the Creative Director of RushCon. In another nod to fans early on, Geddy Lee makes a comment in relation to the Rock & Roll Hall of Fame induction. As Jann Wenner began his introduction “… from Toronto …” Rush fans erupted in applause that was so loud, it was minutes before Wenner could continue. Geddy acknowledges that none of Rush’s success would have been possible without this fan base that supported them enough to allow Rush to ignore the normal trappings of a rock band.

There are the  jokes and silliness that one expects when hearing from the band. Geddy and Alex Lifeson recalling Alex’s alter-ego, the Bag, is so side-splittingly funny that Time Stand Still is worth watching for this segment, alone. It’s so much fun, but of course it is — it’s Rush! In our theater, people were laughing out loud, yelling and having a good time. But somewhere about halfway in (I wasn’t planning on writing about the movie, so I wasn’t taking notes), things took a turn.

Neil’s tendonitis had been brought up, as had Alex’s arthritis. But as the tour plowed on, nearing the end of its 35 date schedule, they began to address what comes next. Geddy talked about how Neil takes the accolades he’s been given as a drummer very seriously and if he can’t live up to them, he doesn’t want to keep going by pretending. All three are in their mid-60s now and, as of the R40 tour, they were still putting on very physical, high energy, three-hour shows. It’s understandable that their bodies have been protesting. There was the lament of age and it was understood that, if there fragile bodies could, they would likely continue for another 40 years. Wouldn’t that be wonderful?

However, thinking with the head and not the heart, no one would expect for the three of them play their challenging brand of progressive rock all that much longer. As Neil puts it, he could easily play drums like Charlie Watt for years to come, but playing drums like Peart does is very difficult. By Peart’s words and actions, he seems very much to be done. Lifeson and Lee want to continue, but given their pact to never continue without all three, the future seems determined. And so the story unfolds, with the managers, crew, and eventually the band talking about Rush’s era of touring in terms of absolute finality. As they do, our theater became very quiet. Are they really saying what they’re saying?

The frames of the film flicker on and the band’s love for fans continues, talking about fans who have grown up with them who are now bringing their kids to shows. This hits me especially hard. I was lucky enough to bring two of my kids to two R40 shows last time around, but knowing that this will not be something I’ll be able to share with them again just sucks. Back on screen, we see what the band has meant to several Rush fans and I started to hear sniffling in the theater.

The tour reaches its conclusion as Rush reaches Los Angeles, where the final show of the R40 tour was held. RushCon held an event there too, so we get to experience the last show through Maryonovich, who is visibly having a tough time holding it together. Behind the scenes, the band and crew push the emotions away so they can have one last, great show. Still, it’s obvious they are having a tough time of it. As the final notes of Garden Road echo in the Forum, Geddy steps to the microphone to say his usual goodbyes and is a little choked up. But Neil steps out in front of the drums to throw his arms around Geddy and Alex. You’ve seen the pictures. It’s unexpected and very un-Neil-like. And then it’s over.

Neil runs off, as is his habit, and Geddy and Alex walk down the hall, arms around each other like two very old friends. The movie ends and the credits begin to roll. In these final moments, there is a montage of fans thanking the band, some crying, some so sad, they can’t leave the auditorium. All the while, The Garden, Rush’s most beautiful composition in years, provides the soundtrack. The song’s theme of a life judged is not lost on the astute viewer, nor is that fact that is the last song on their last album.

In our theater, the lights came up and I couldn’t count the number of people crying unashamedly. In this long goodbye, Rush has said it’s all over, without ever actually saying it was over. How very Canadian of them! Sure, there’s the possibility of a future album or maybe a set of very limited concerts, but chances are against them ever coming to your town again. And that was surely the cause of many of those tears.

Certainly, some of them were happy tears, too. There was plenty to celebrate in the movie and the love letter quality of the documentary gives fans a heaping helping to feel good about. But still, the sense of finality and loss was a strong one. My wife, who is not a fan, called the movie “a memorial service for the fans.” It was an insightful observation and one that is incredibly succinct the more I think about it. When I returned home, I checked the message boards of a couple Rush sites I read and the response was pretty universal: an emotional film that left people crying in theaters. It was a sad, but understandable reaction. After four decades of making music and touring, the band feels like old friends to their fans (Limelight be damned) because music is personal. No other band has played this hard, toured so much, and maintained this high level of performing for so long, which makes Rush that much more endearing to us. For a fan who has grown up with the band, their songs hold intimate meanings, so many memories tied so closely to songs, fills, lyrics, riffs, and albums. For fans, for forty years, Rush has been the mirror that reflects our aging, the wallpaper that we’ve chosen to decorate our lives with. To think it’s over is emotionally painful.

As I tried to explain the importance of Rush to my kids (not again, Dad!), I also tried to explain why retirement was so difficult for someone still near the top of their game. How do you go out with dignity? How do you not tarnish your image? I told my kids about sports heroes who didn’t know how to quit and became an embarrassment to their accomplishments. On the contrary, this is how you do it. You stop before people begin to shake their heads and stop buying tickets. It’s not easy to stop when you’re still able. The decision, which the band members were certainly aware of at the beginning of the tour, if not in total agreement, no doubt explains why Losing It was included in the R40 setlist.

Right now, I don’t want to dwell on memories because, with the filter of Time Stand Still, they feel kind of raw. Still, I can’t avoid it. I think about laying on the shag carpet of my parent’s home, thumping the curled cord of the huge Koss headphones against the floor. Permanent Waves is on the turntable and it is music like I’ve never heard before (strong words from a 12-year old). Fast forward a few years and I think about the first time I saw them live, during that embarrassing time when everyone had silly mullets and weird clothes. I think about introducing my kids to the music I love and explaining the books and stories behind the songs and albums. But the memory that stands out the most is the last time I saw them. It was with a very good friend and a fellow huge (!) Rush fan. We picked up our tickets at the arena the night of the show and were flabbergasted to find out that we were sitting front row, center for what was likely our very last show. The band was great, the crowd was great, and we had an absolutely wonderful time. I don’t think my smile left my face until weeks later. How do you beat that? It was, as it turns out, a perfect way to end it. 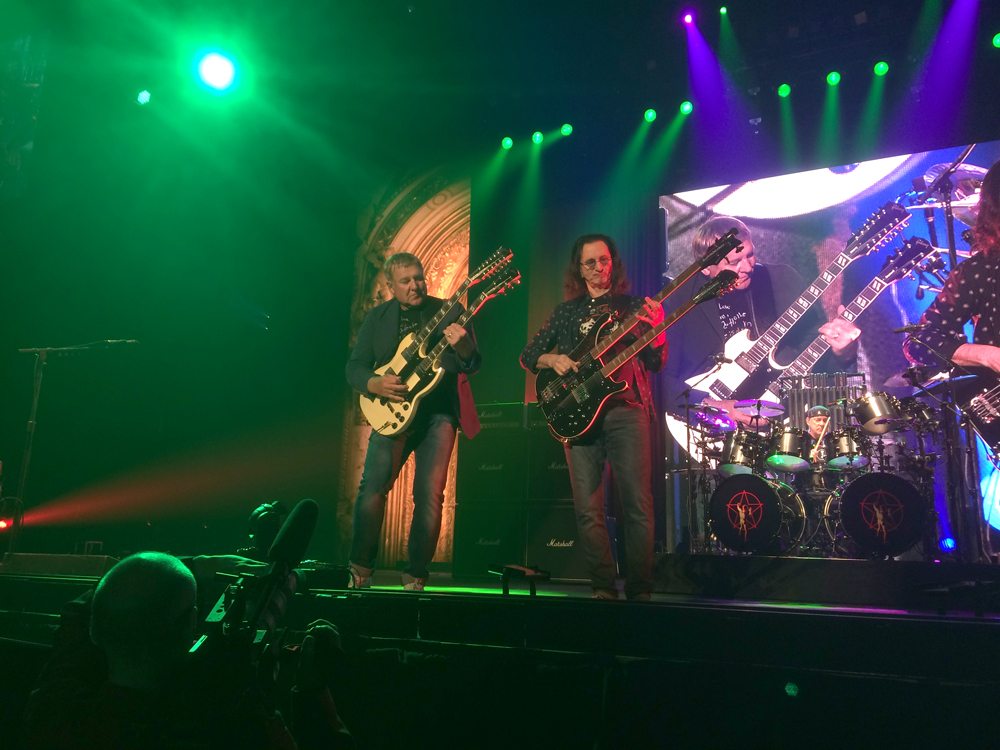 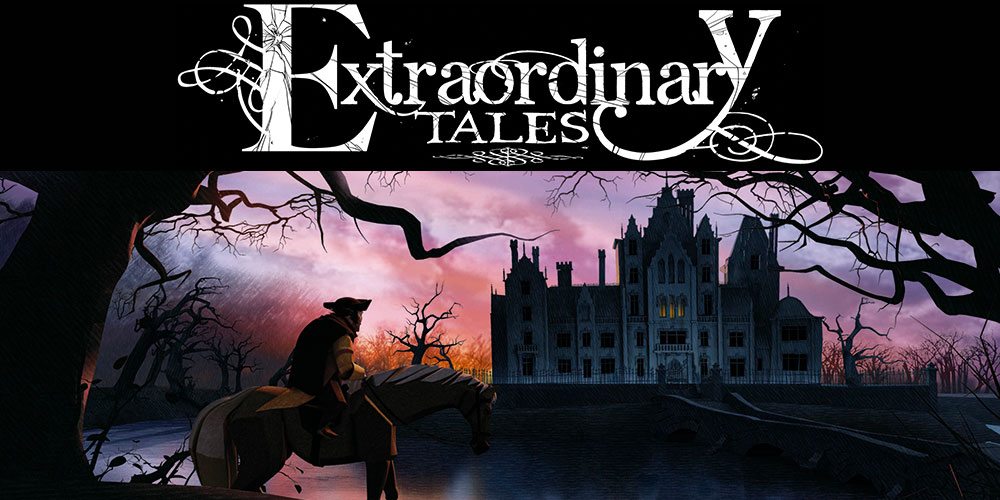