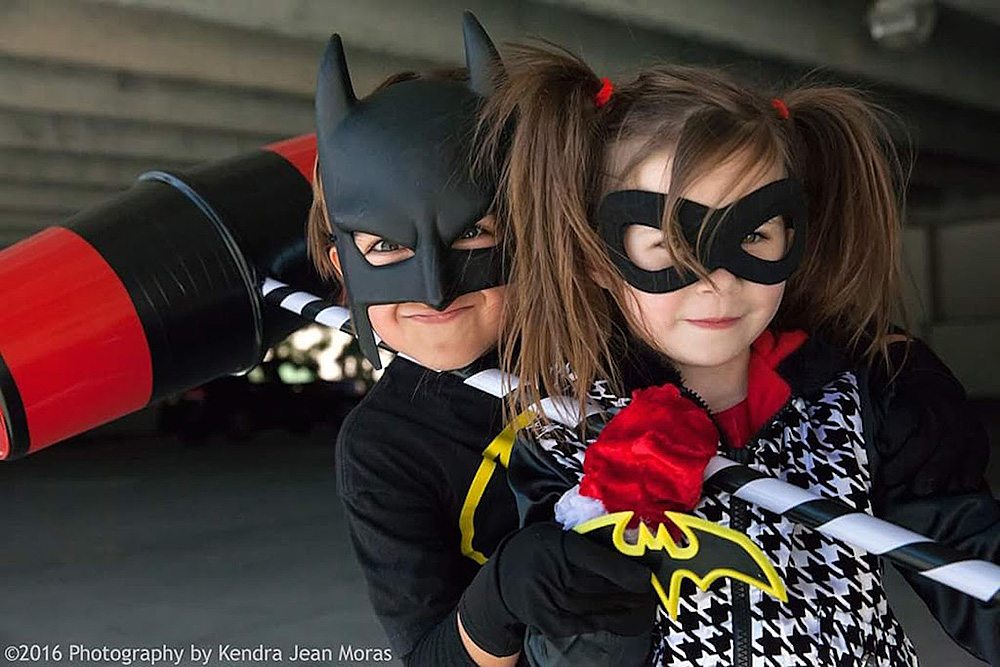 Cosplay Family Spotlight is a new recurring segment where I interview and spotlight a cosplay family. This week, I interview Melody Mooney, one of our writers, and her family. Interested in participating? Leave a comment here or reach out to me on twitter @billythebrick.

GeekDad:
How many members of your family are involved in cosplay?
Mooney:
Mark Cronan, Melody Mooney, and five-year-old Ella Cronan.
GeekDad:
How did you and your family get into cosplay and prop/armor making? Did one particular member start it or did you all jump in together? What was your first cosplay?
Mooney:
We got into cosplay probably because my husband and I have always loved Halloween and dressing up. I was also on a SyFy network show Who Wants to be a Superhero with Stan Lee. I had to audition for the show on a costume and hero of my own design. I made it to the finale with my Hygena, super cleaning grime and crime fighting persona.

After the show, I was asked to attend conventions around the country. Always, I brought along the Hygena costume. It was a thrill to see a few girls and guys cosplay as her. As time has gone on, it seems that I dress up less and less, putting most the time and energy into what Ella wants to dress as.

I would say the first time I saw Ella really get into character was at three years old when we came up with a Star Wars Hera costume. She demanded to be called Hera all day. She has done this since with characters like Moaning Myrtle from Harry Potter and Captain Phasma in The Force Awakens.

GeekDad:
Do you have a favorite cosplay of yours? A favorite group cosplay you’ve done as a family?
Mooney: 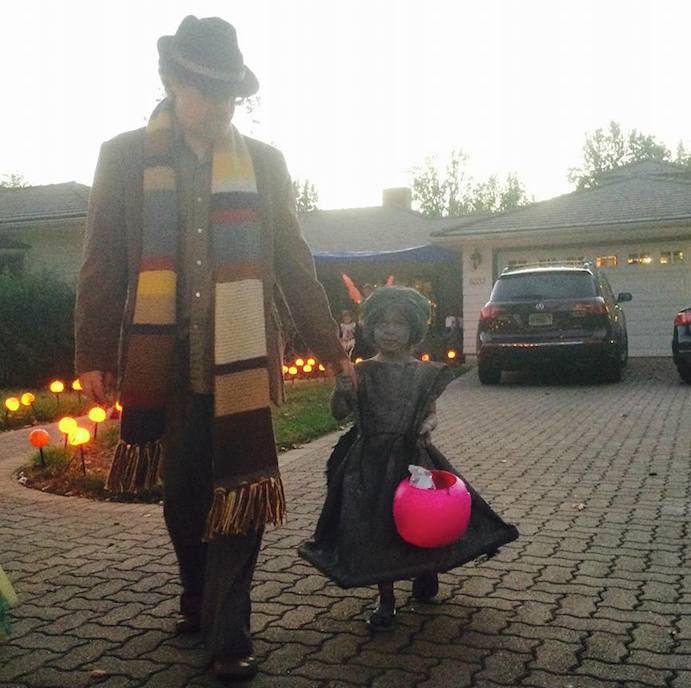 Beyond my Hygena character I think our favorite group cosplay was last year when my husband, Mark, and Ella went as The Doctor and a weeping angel.
GeekDad:
Speaking of group cosplay, do you always try to cosplay together? Or do you all do your own thing?
Mooney:
Ella has been doing a lot of cosplay with her friend Lucas. Our families are a part of the Geekling and Parental Units, a geeky meetup group here in LA.

Kendra Moras, Lucas’ mom, is a children’s photographer and has them involved in a geeklings in the movies-themed project.

My favorite dress up moment from that project is her Leeloo from the 5th Element.

GeekDad:
Do you have a favorite piece that challenged you?
Mooney:
I want to talk a moment about what challenges me as a mom of a very junior cosplayer beyond creating the costume challenges. There are some bad times involved in our cosplay, too. Most have come to play at actual conventions where there are expectations, too many people, and over-stimulation. We have been doing convention panels at least twice a year. They are a great way to connect to other con families but can be too long and uninteresting for a five-year-old. Ella often is a bit shy about the photo attention and she swings to wanting to leave the con quickly. In all honesty, as fun as they are, we have chosen to take a break from them for now.
GeekDad:
What’s your favorite “medium” to work in (sewing, EVA foam, resin casting, etc.)?
Mooney:
My favorite medium to work in is upcycling and thrift store makeovers. There is a certain type of pleasure in seeing just how little I can spend on an awesome costume. Just the other week, Ella saw a Corpse Bride store-bought costume in a child’s size. I told her it was too much to spend on a piece of material and a veil. I went out the next day and found a dress for $6, and we started building it together.
It’s going to be an awesome Halloween costume. Another fun development from our cosplay is that Ella has asked to learn how to sew. She often sees a character she likes and not only quickly learns how to talk like them but also wants to dress EXACTLY like them. She gets frustrated when she can not come up with anything from her closet, and we are now looking for her first sewing machine.