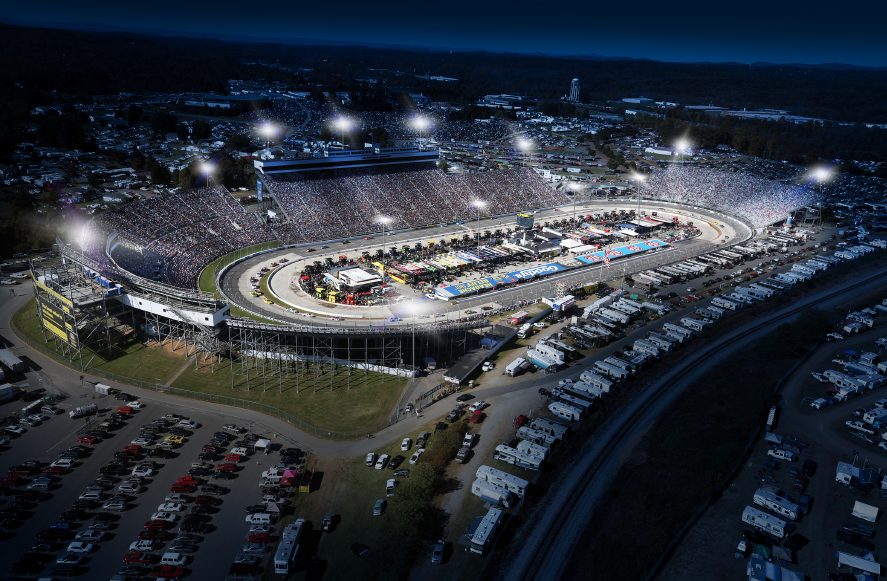 One of my earliest memories is going to the Lebanon Valley Speedway in upstate New York with my father to watch drag races. They took place at night and, to a kid, the lights of the tracks and the headlights of the drag races added an element of fantasy to the entire night.

There have been calls over the last few years from fans for night racing at fan-favorite tracks. Those calls were answered this week with the announcement that Martinsville Speedway in Ridgeway, Virginia will be the first to install LED lights for night racing.

Martinsville Speedway has spent seven decades since its founding without lights, and now it will flip the switch. International Speedway Corporation is committing $5 million to equip the track with LED lighting, making it the first major motorsports facility to do so. In many ways, this is like when the Chicago Cubs finally installed lighting at Wrigley Field in 1988.

According to the International Speedway Corporation, their decision is noteworthy for two reasons:

The installation will begin following the Goody’s Fast Relief 500 race on October 30. It should be finished by January 2017, and the first race under the lights will be the 2017 ValleyStar Credit Union 300. The race is NASCAR biggest, richest and most prestigious Late Model Stock Car race, with a purse totaling more than $100,000.

The LED lighting installation represents the largest capital investment by ISC into Martinsville to date, according to ISC. The lighting solution will consist of multiple structures located around the perimeter of the facility and the infield of the track.

Graybar, a leading distributor of high-quality electrical and communications products and services, will oversee the addition of Eaton’s Ephesus Stadium 750 LED professional sports lights to Martinsville.

“We’re proud to be a part of this historic project,” said Bill Mansfield, Graybar Senior Vice President, Sales and Marketing. “When you combine Graybar’s services along with the products from Eaton’s Ephesus lighting business, this project will create the best lighting for the best drivers and fans in the world. We can’t wait to ‘Light Up Martinsville.'”

3 thoughts on “Racing Under the Lights Coming to Martinsville Speedway”