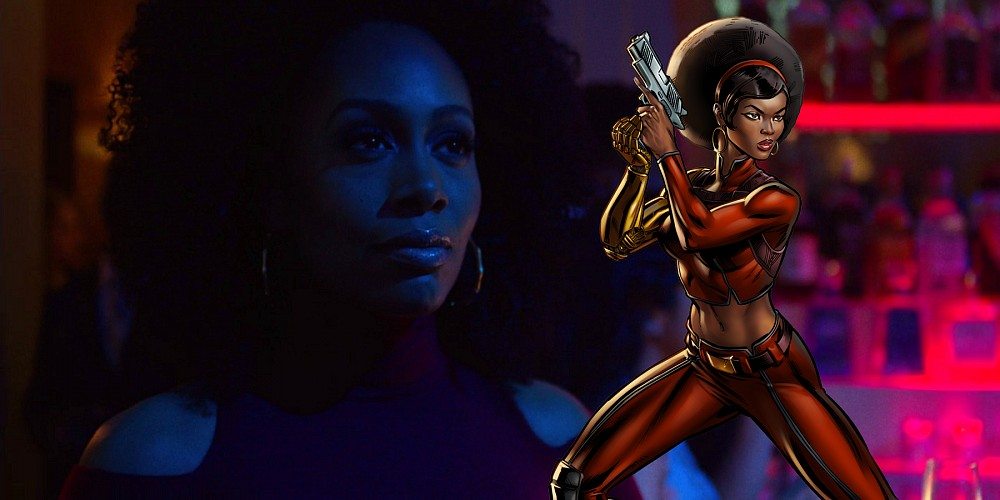 I’m only on episode eight of Marvel’s Luke Cage, therefore anything herein which ends up being a spoiler is just as much a surprise to me as it is to you.

I would have been one hundred percent satisfied had Marvel and Netflix dubbed their newest joint venture Misty Knight. I would have been before I saw any of it and we’re up to two hundred plus percent now that I’ve experienced Simone Missik in action. Now, I want a Daughters of the Dragon show. I want Heroes for Hire. I want Steve Rogers to go Nomad so we can experience a live-action Misty Knight-Sam Wilson team up.

No, scratch that. I need those things.

For those of you who didn’t have the pleasure prior to last weekend, here’s the rundown:

Affiliations: Daughters of the Dragon, Heroes for Hire

Bio: Mercedes “Misty” Knight graduated with top honors from the police academy (and let’s take a moment to appreciate an African-American woman doing so in the mid-’70s) and became a patrolwoman for the 12th precinct. She lost her right arm retrieving a bomb during a bank robbery; Stark Industries donated the cybernetic prosthesis.

Despite her newly augmented strength, Misty was removed from active duty and resigned rather than taking the desk job the NYPD offered her. She became a private investigator and opened Nightwing Investigations with her best friend Colleen Wing (who we’re scheduled to meet in Iron Fist this coming spring). It was Colleen who introduced Misty to Danny Rand (they teamed up to rescue Colleen during a kidnapping), and it was through that affiliation Misty and Colleen later contracted with Danny and Luke’s organization, Heroes for Hire, under the guise of the Daughters of the Dragon.

Misty and Danny dated during this period and were on-again, off-again until relatively recently (I’ll get there).

When Danny was replaced by an extra-dimensional plant entity and the plant entity was replaced by a Skull, the latter of whom was eventually exposed thus subjecting the world once more to Plant Fist, Misty teamed up with Colleen and Namor the Sub-Mariner to reach the dimension of K’un Lun (it’s a city and a dimension; I don’t make the news, I just report it) where meat-based, non-Skrull Danny was being held prisoner. After the great plant-alien debacle, Misty helped Danny rebuild Heroes for Hire but, rather than joining him in that venture, returned to Nightwing and worked a series of low-profile cases. She also did some time as a paralegal at Nelson, Murdock, and Sharpe.

After a period of “normal” life, Misty teamed up with Spider-Man, Luke Cage, and Iron Fist to defeat Scorpion after which Danny pulled a runner to the Himalayas to “find himself.” Misty and Colleen eventually joined him and helped him to defeat the Steel Serpent.

I think, at this point, it’s safe to say Iron Fist would have been hosed about one hundred times over had Colleen not introduced him to Misty.

Upon his return, Iron Fist reestablished Heroes for Hire (yeah, again) with funding from Namor Oracle Inc. He hired the Daughters of the Dragon as contractors to help him stop a bio-weapons terrorist, a mission during which Danny almost died yet again and, once more, had his rear saved by the duo.

Misty worked several other important missions either as a Hero for Hire or independently.

Eventually, the Daughters became bail-bonds women specializing in street-level super villains, taking on the role of bounty hunters when their charges failed to appear for court dates.

During the first Civil War, Misty reinitiated Heroes for Hire, with funding from Tony Stark, to assist in the apprehension of heroes who failed to comply with the Superhero Registration Act. It… didn’t go well and the team disbanded relatively quickly.

Adopting the name Control after an incident with the Hand, Misty made an Nth try at Heroes for Hire. She was the only hero to resist the Puppet Master and was almost killed by a mind-controlled Punisher. She was ultimately successful in defeating the Puppet Master and severing his control of the multiple heroes in his thrall.

More recently, Misty has been an integral part of Sam Wilson’s new(-ish) Captain America team on both a professional and personal level. She has saved his butt almost as many times as she saved Danny’s. Her store of Capwolf jokes is epic and hilarious.

Next Up: Night Nurse 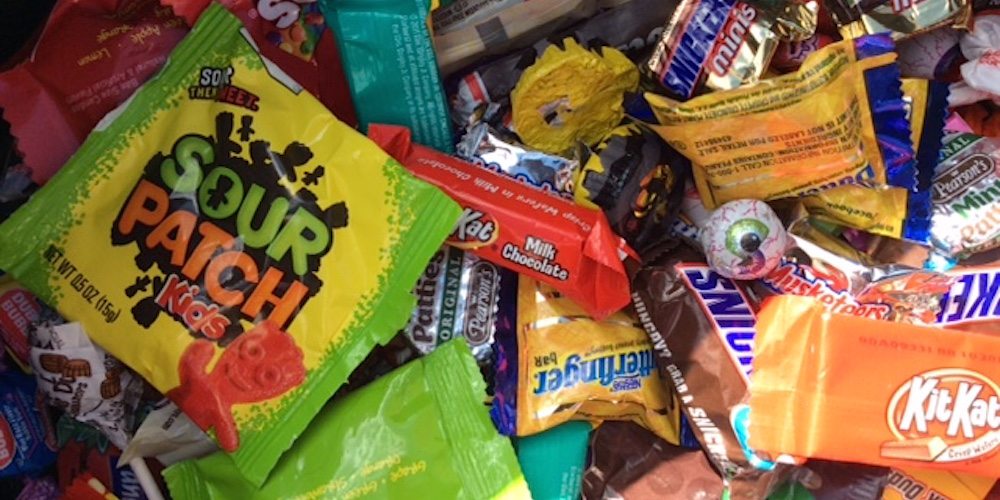 3 Ways to Repurpose Halloween Candy for the Holidays