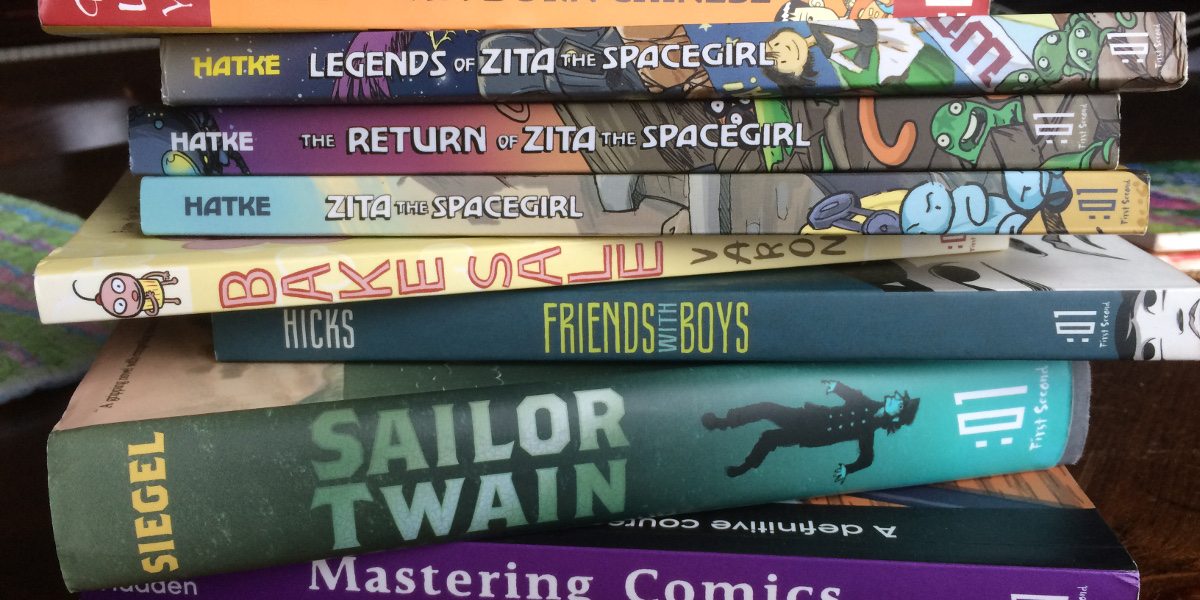 by Gene Luen Yang. Librarian friend? Bookstore display? I read it somewhere and bought a copy to show my family this…comic book that wasn’t a comic because it was a real book, just with all pictures, kinda like a comic book but thicker. A graphic novel. My family really liked it too. The artwork was cartoon, but the message was deep. My husband and son picked it for their book club. My daughter found out about other graphic novels in the library. I became a writer for GeekMom and contacted the publisher of American Born Chinese wondering what else they had.

First Second Press is celebrating its ten year anniversary as a publisher of excellent graphic novels, many of which I have reviewed for this blog. Here are some of my favorites over the years:

The Shadow Hero by Gene Luen Yang and Sonny Liew: Another winner from Yang that brings the past of comics and the future of graphic novels into one fantastic adventure story.

by Ben Hatke: So fun, so funny, so full of girl power. And the follow-ups: The Return of Zita and The Legends of Zita.

by Sara Varon: This is one of those books that’s hard to describe when I recommend it. Saying it’s a kids book is like saying the Giving Tree is a kids book. It is, but… After reading it to my nieces, we had a huge discussion on the ending. (And this is when they were five and three!) I contacted Sara Varon telling her about the chat, and she wrote us back!

Giants Beware! by Rafael Rosado and Jorge Aguirre is currently on loan by my nine-year niece. We started it together and she is loving it. The heroine is great, but the side characters are what makes this one stand out.

by Faith Erin Hicks: Pick this up. Pick this up. Pick this up. My daughter and I chose it for our mother-daughter book club a few years back. There was quite a bit of skepticism since we had only read “real” books. For the graphic novel novices, I gave the advice to read it through once, and you’ll probably just be reading the words because that’s what you’re used to. Then go back and reread it, this time looking at the characters’ faces, the background art, all the little visual details that fill in the subtext and mood. It was a good book discussion because this is a GOOD BOOK!

by Jessica Abel and Matt Madden: Can’t go without mentioning this authoritative work for anyone interested in making your own comics and graphic novels. I was asked to write a comic with someone and this book was my text.

Sailor Twain: Or: The Mermaid in the Hudson

by Mark Siegel: An adult book with art to savor. This one sticks with you. I heard Mark speak about the development of this novel, and afterwards he signed and drew on my copy. 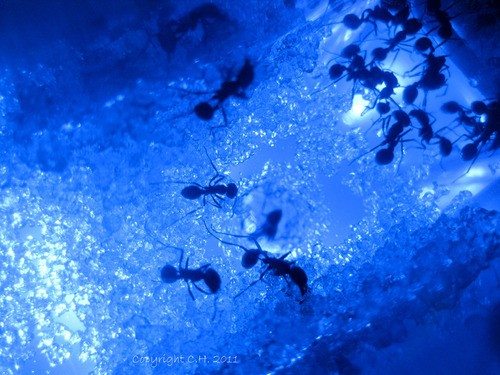