A conspicuous lack of Oreos. New Rogues. Molecular destabilizer in a can. Samurais and ninjas. Jim, Joey, and Will break down the week that was in today’s recap of DC on The CW. 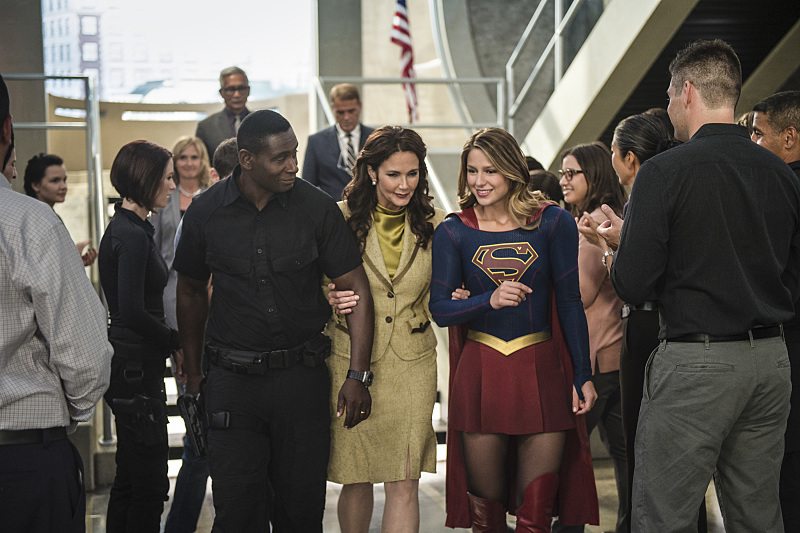 Jim: Whole lot of additions to the DCTV universe (Berlantiverse?); a whole bar full of aliens that somehow manages to feel like simultaneous shout-outs to Men in Black, the Mos Eisley Cantina, the metahuman bar in the ill-fated Birds of Prey show, and every biker bar ever filmed; at least two shape-shifters, a faux-Kryptonian (all the comics nerds already knew who the mystery dude in the DEO is), and Maggie Sawyer as a gay cop with a touch of xenophilia. There’s also a not-so-subtle political message, what with the woman president singing “come out, come out, wherever you are” to all the closeted aliens while Lena Luthor is looking for ways to let Joe Sixpack out them, riffing a bit on the US’ schizophrenic approach to immigrants in these contentious days.

Another thing I much liked was, surprisingly, Snapper Carr; first when he acts like a complete nozzle by hijacking Jimmy’s staff meeting, but then reminds them (and us) what journalism used to look like. Then he does it again, reminding Kara (and us) of the actual function of reporters as opposed to op-ed columnists. Of course, then I also enjoyed it when Jimmy takes the room back.

Was I the only one hoping J’Onn would order Oreos at the bar? 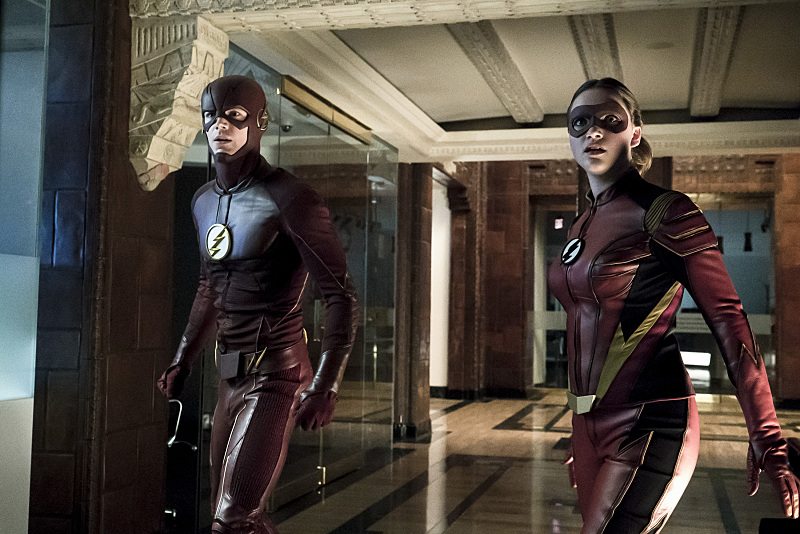 Joey: Valentine’s Day in October. Top and Mirror Master. Barry & Iris. Jesse and Wally. Even Joe has a crush going on.

Jim: Almost all of them awkward.

Will: I think Jesse and Wally seem the least awkward to me. I wasn’t feeling it last episode, but it seems that their romance has cooled Wally off about getting powers. Which has me worried that something bad is going to happen that will push him back that way. Speaking of Jesse, she already seems a lot more capable than Barry was this early on. Sure some of it is due to the training, but I feel like she’s better at this than Barry.

Joey: I wanted Wally, during the scene where he’s consoling Jesse while she’s blaming herself for Barry being trapped, to say something along the lines of, “Sure, you made a mistake on your first real assignment. Barry’s been doing this for three years and just broke the timeline last month. Again.”

I like how the writers and producers find ways to keep Tom Cavanaugh on the show. What I’m not digging is the new H.R. Wells. With what little screen time H.R. had, I’m already finding this character annoying. It’s not because H.R. is so far removed from the other two versions of Wells, just that what we’ve seen thus far has been so, so grating. Then, there’s the whole “Is Wells the villain?” thing that it looks like we’re going to dig into next week. Ugh.

Jim: It looks like Cavanaugh’s having a great time chewing scenery in “Crisis on Infinite Harrys.” I bet we’re going to see a parade of those guys over the rest of the season.

Will: I really enjoyed all the different Harrys, though I agree with you, Joey, that the one they selected is a little on the annoying side. Hopefully he won’t continue to get more annoying.

Joey: It looks like using her powers to free Barry is causing Caitlin to appear more like Killer Frost. Which brings up a couple of issues. First, did Caitlin get these powers as a result of the small-scale explosion that gave Jesse her powers near the end of last season? Did she get them from the original particle accelerator explosion and they’re just now manifesting? Is she a victim of Doctor Alchemy? So far we’ve only seen Alchemy give powers to those who have come to him for them; could he force powers onto people who have them in another timeline or on another earth? Or, did Caitlin maybe go to Alchemy herself and is now trying to hide that fact from the rest of the team?

Jim: I’m calling it now. Tom Felton’s gonna turn out to be Alchemy.

Joey: Is it just my imagination, or did the camera linger over-long on Cait’s watch after she took it off… right before her powers started up in the shower? I need to watch the scene again where she freed Barry by supercooling the mirror to see whether or not she took of her watch before using her powers. I wonder whether or not there is something in that watch dampening her latent powers. 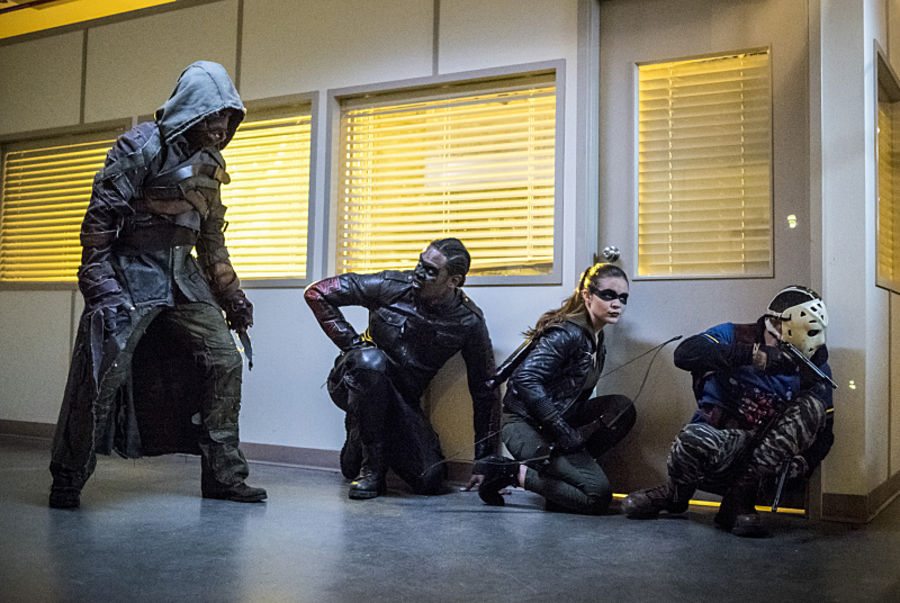 Jim: A little heavy-handed with the theme, ya think? Dig’s punishing himself, Felicity’s punishing herself, Ragman, Thea, Quinton… it looks like Rene and Curtis are only ones not wallowing in guilt. Of course, Ollie’s working through his by trying to learn from his mistakes, so that’s something. They still aren’t giving Evelyn much to do yet, though they did finally let her have a bow for a minute or so. I would have expected to see a scene of her learning to use one, but okay. Her costume is still pretty generic compared to Terrific and Wild Dog. And did I miss the part where they dubbed her Artemis? (I tend to half-watch while working sometimes, so I may have.)

Joey: Rene and Curtis might be spared the guilt tripping, but not the beatings. Those two got knocked around hard this episode. On the positive side, I would gladly watch more episodes of Ollie using strategy and athleticism to sneak into places and complete his objective (while having fun by jacking the guard’s ball) over the usual episodes of Ollie thumping on fools and never really accomplishing anything. I know he’s stated on multiple ocassions that he’s not Robin Hood, but it wouldn’t hurt to inject a little roguish humor to the character. Finally, I couldn’t shake the one thought kept going through my head all night: in what kind of canister does one keep an aerosol molecular destabilizer? 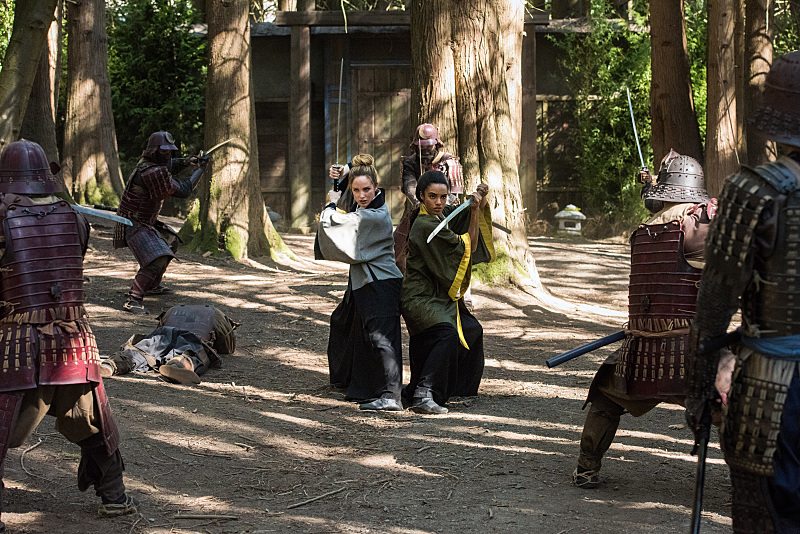 Jim: LoT continues to be the “big dumb fun” show of the bunch. The writers are smart enough to recognize that most of the fun comes from the characters, and the new ones are fitting in nicely. Vixen and Steel are already pulling their weight.

Joey: Yes, to the big dumb fun! As much as the photogenic, young, new people add to the show, the best parts for me are still seeing Sara coming into her own as leader and Mick’s “I’m the tough guy” blended with his unbridled enthusiasm whenever he finds something that piques his interest. In this episode it was ninjas. I can’t wait for him to mix it up with some zombies next episode.

Jim: The Legends don’t seem to be overly concerned with the timeline here; shouldn’t they have asked Gideon if the future was going to miss that Shogun?

Joey: Plus, there’s the whole “the last living Time Master is out there somewhere, meanwhile a time traveler who gave the Nazi’s the bomb and killed Vixen’s partner/Nate’s grandfather is still on the loose… let’s just kick back and see where the timestream takes us” ending that rankled me a bit.

Jim: And there’s the first piece of the plot that will wind up in a four-part crossover. And so it begins.

Joey: Was future Barry warning Rip about Reverse-Flash… or was that message something else entirely? Maybe a nod toward the appearance of another speedster from 2056; someone like, I don’t know, Bartholomew “Barry” Allen’s namesake? The woefully underappreciated animated series Young Justice had Bart Allen, the grandson of Barry Allen, traveling to what was that series’ “present day” from the year 2056 in order to stop an alien invasion. While Young Justice’s invasion involved the Reach, it wouldn’t be too far of a stretch to change the alien threat to the Dominators, who have been announced as the primary villains of this year’s crossover event. Unless you think I’m way off base here.

What did you like about last week’s episodes? What didn’t you like? What mysteries–such as Caitlin’s powers or Barry’s message from 2056–are you looking forward to seeing unraveled? Let us know in the comments. 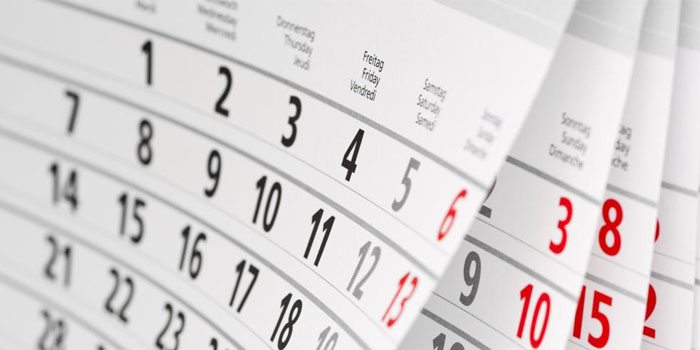 How To Not Fail At Customer Service (Kudos to Canon)