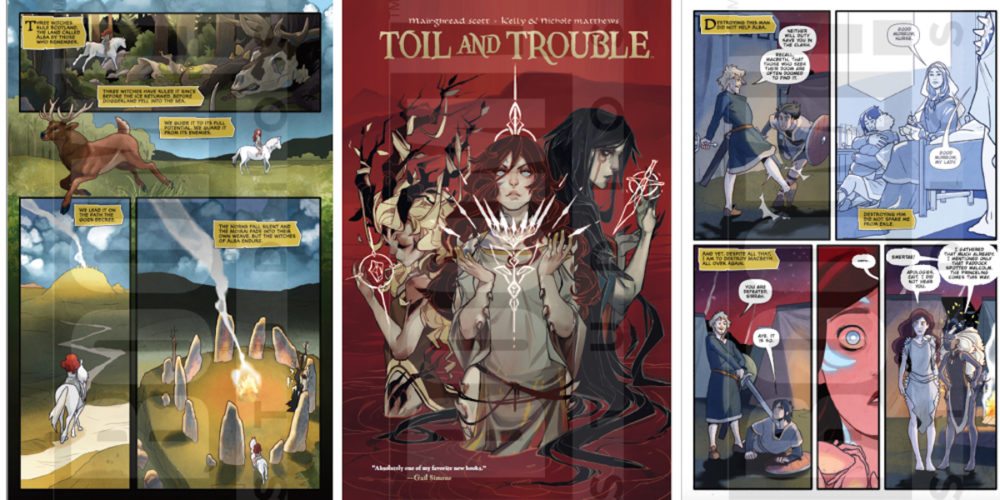 Spinoffs are tough. Especially of Shakespeare’s stories. Sure, there have been remakes that stand well on their own, modern retellings like Ten Things I Hate About You (starring Julia Stiles and Heath Ledger), films that stand out (the 1993 Kenneth Branagh, Emma Thompson film version of Much Ado About Nothing comes to mind), and films (like the 2002 Midsummer Night’s Rave) that I didn’t even know existed until researching for this post. Meanwhile, stories that focus on minor characters from a Shakespearean play are likely to be compared to Tom Stoppard’s absurdist play, Rosencrantz & Guildenstern Are Dead. Plenty of writers have explored the the world of Shakespeare, so any new story aiming to join the ranks has a difficult admission process.

Enter Maighread Scott’s graphic series, Toil and Trouble, which tells the tale of the three witches from MacBeth. Together with illustrations by Kelly & Nichole Matthews and lettering by Warren Montgomery, the story weaves in and out of the well-known story of MacBeth, which provides a familiar framework that doesn’t completely contain all that this story offers.

While MacBeth mentions the witches, introduces a bit of magical intervention that serves more or less as a plot device to nudge the story along, Toil and Trouble delves deeply into the magical world in which the witches reside.

When looking at characters of any story, I ask these questions (that I learned from my playwriting professor):

Considering each question for each character in a story helps to identify whether a story is unclear or lacks urgency. It comes in really handy when revising your own stories, but also when reading and/or evaluating them.

These three witches—Smertae, Riata, and Cait—have their own backstories, conflicts, and motivations. More importantly, theirs is a complete story that, while intrinsically tied to the fate of MacBeth, is about more than the characters from the original story. Right from the start, the readers learn why the witches are involved—because they rule Scotland; their interference in the lives of men was dictated by prophecies foreseeing what needed to be done for the sake of Scotland. That these prophecies are open to interpretation, and that the witches differed in their interpretations, quickly establishes the core (and long-standing) conflict.

To be clear, I enjoyed these books. The choice of format (graphic series) fits. The artwork enhances the story, the illustrations provoking a sense of time and place. They also seamlessly weave in magic, show how witches move unseen amongst men, and allow a framework (without the squiggly screen) for flashbacks. The plot moved forward, worked with the original play, weaving in and out, much like a river flowing parallel to a train track. The two stories moved forward rapidly, at their own paces, intersecting occasionally (with the witches splashing onto the tracks and riding the train a while before returning to the river where their separate ride flowed forth).

The ultimate sign of a great spinoff is when you re-read the original and find the experience is enhanced. Just like with Gregory Maguire’s retellings of popular fairy tales (Wicked, Mirror Mirror, and Confessions of an Ugly Stepsister to name a few), Toil and Trouble tells a complete story that not only works with the original but adds depth to it. For those who hadn’t considered the story of the witches in MacBeth, and for those who had, Toil and Trouble provides a very satisfactory answer.

The hardcover edition was released on September 14. Click here to order it online.

Note: I received a preview PDF of the tale for review purposes. All opinions are entirely my own. 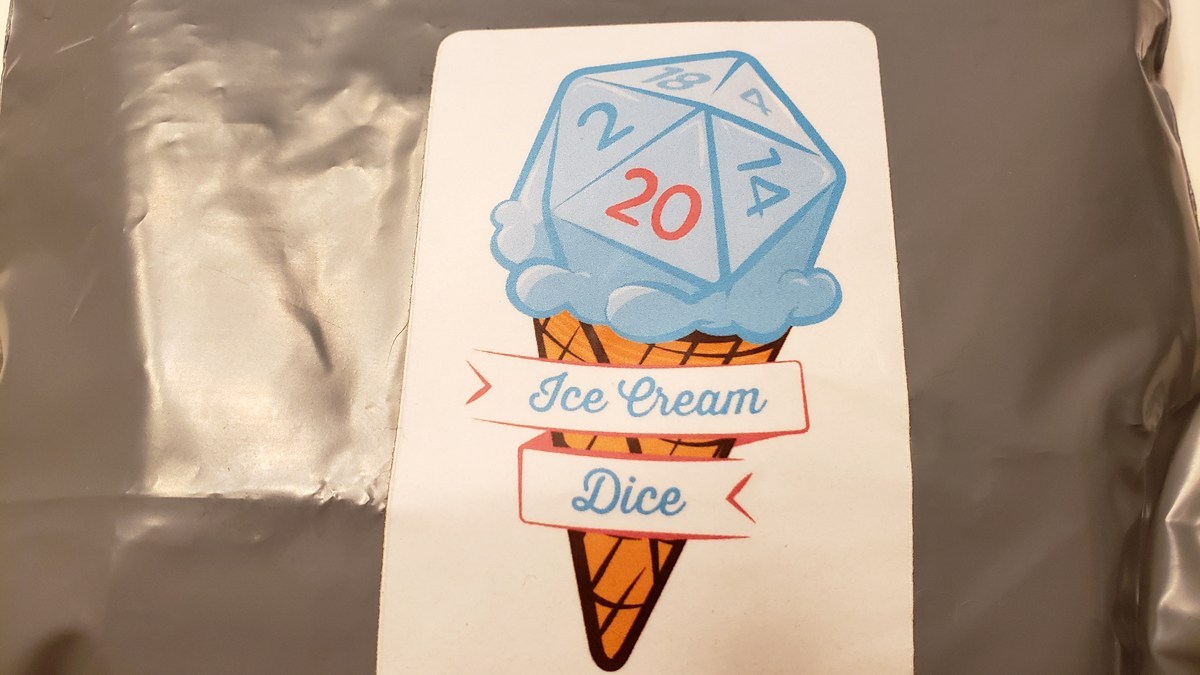 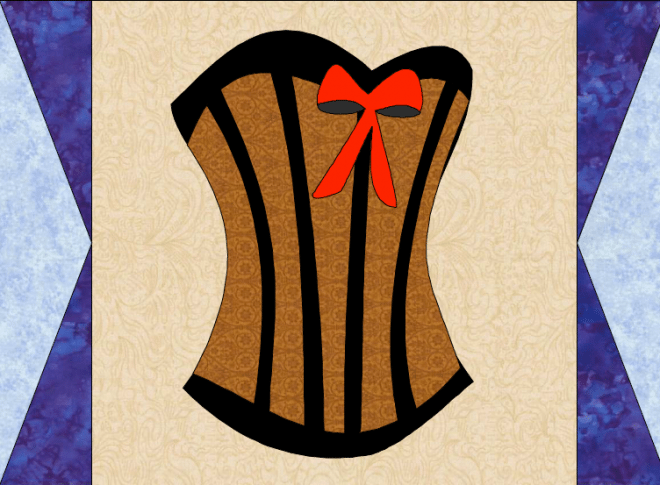 March Steampunk Block of the Month