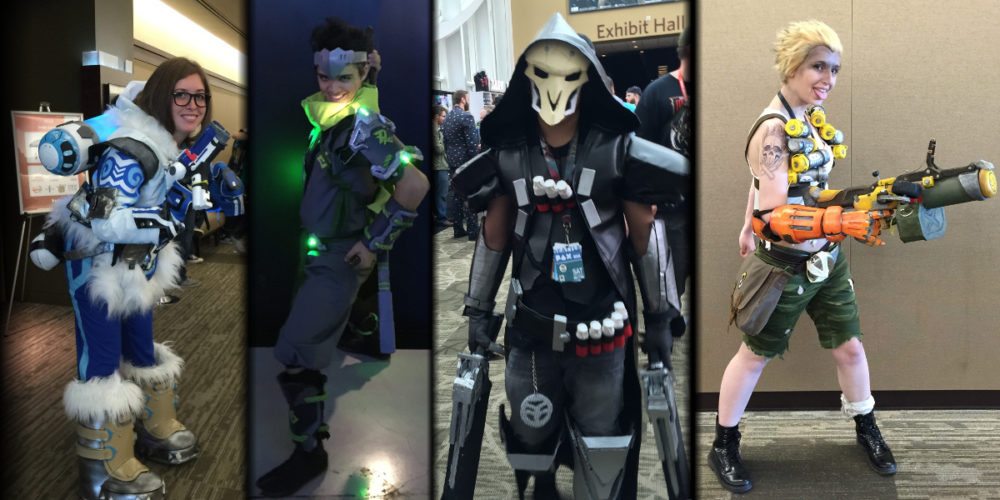 Cosplay isn’t a big focus of PAX, but that doesn’t mean there aren’t lots of people excited to show up as their favorite game character. Soon into PAX West 2016, I noticed that Overwatch was featuring heavily in the landscape. I decided to see how many characters I could collect! Check out the awesome!

I asked this pre-nerf Genji if he was getting hate from everyone. He just reflected my veiled insults back at me. Well played, Genji. Those light effects were really well done. You can see more of his work on Twitter, Instagram, and Youtube.

Reaper was a pretty popular choice. This one played the part well, barely tolerating my presence as he strode through the skybridge between the two main expo halls the fourth floor.

This D.VA showed me his handgun up close–if I recall correctly, it was his first time making a prop out of craft foam. He found that adding black lines traced on the edges of the pink sheets really make the weapon come to life.

This Hanzo told me that at one point there were a number of Widowmakers and Hanzos hanging out on the fourth level at the balcony, looking down on the crowd. Wish I had caught that! Ryū ga waga teki o kurau!

The attention to detail on this Junkrat is phenomenal. The orange gauntlet, tattoo, and even bandage on the leg are all there. Not to mention dat grenade launcher!

This Mercy costume by “Stiltzkin” was really incredible. I had two photos, one from the side where you can see the lights she built into the wings (the glowing effect was very cool) and one from the front where she displayed a perfect Mercy pose. Unfortunately, there was a lot of visual noise in that shot, so I moved her into the game. You can see more of her work on Facebook.

This D.VA was played by Chantini. Her weapon was pretty cool, but the crowd was too busy at her location to linger for more pictures. Check out her Twitch stream or her Facebook page, where she has photos of her posing with three Overwatch characters I didn’t have the luck to see: Soldier 76, Tracer, and Pharah!

This Reaper got busy prepping for PAX (it has to do with that LED board on the left) and didn’t have time to finish his costume, so he decided to go as “Reaper on vacation.” But the even funnier part of this photo is that I didn’t even notice that McCree in the background until I was writing the article up. I’m guessing the giant chest clock he’s wearing is so that he never misses high noon.

This Widowmaker couldn’t escape from my sight. Rea Dulcettahas a bunch of other photos of her at PAX, including a perfect sniper shot of her on top of the ARK dinosaur on her Twitter page!

It turns out that a D.VA-Mercy combo is as good in real life as it is in the game! This was at the end of the last day of PAX West and everyone was pretty run-down, but these two were happily posing for anyone who asked.

Check out this a-mei-zing costume! The blue ice gear glowed a really incredible luminescent blue that made you feel cold just looking at it. Fortunately, the Washington State Convention Center was strongly chilled or this Mei might have melted. I was so impressed by this costume that I gave her the extra Moon Hunters key I was carrying that I hadn’t had an opportunity to pass out at the GeekDad panel.

PAX West was a great place to see the creativity gamers can bring to our hobby. There were many more costumes to see, but I was mostly focused on collecting Overwatch characters. Watch fellow GeekDad Ryan Hiller for some coverage of the other costumes on display. 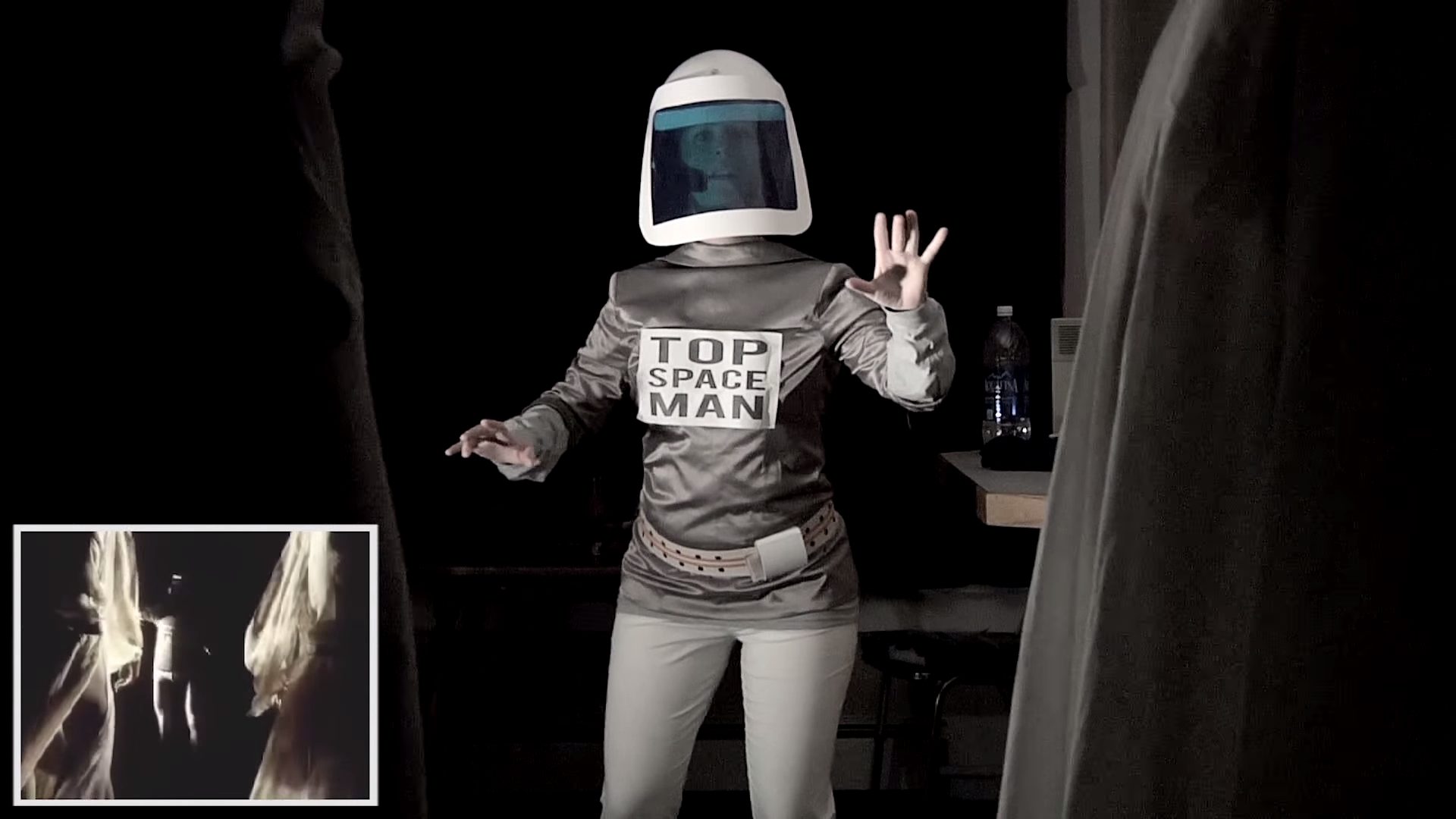 My Most Anticipated Video Games of 2012