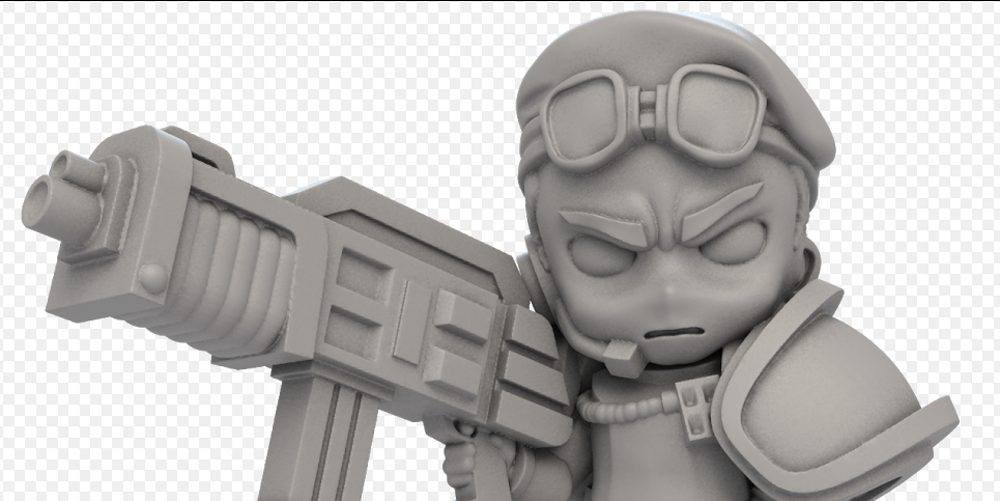 Modiphius Entertainment and Cabinet Entertainment are currently running a Kickstarter campaign for their new miniatures-based board game, Mutant Chronicles: Siege of the Citadel. If that name seems familiar to you, it’s because you might have played the original game back in the 90s. The companies have brought back Richard Borg, the game’s original designer, and paired him with team of designers from games like Blood Bowl and X-Wing Miniatures to create a new, updated version.

I haven’t had a chance to see the game itself yet, as they don’t have prototypes available at this time. However, I can say from looking over the materials I’ve seen so far this game looks pretty incredible. And I’m apparently not alone: the game is approached 300% funding level already, with just under three weeks to go.

Modiphius has arranged for a GeekDad-exclusive interview with the lead developer of the game, which we will be running soon. They also provided us, again as a GeekDad-exclusive, the above image of the Ninja Division Chibi Squad miniatures, which has just been unlocked for the Kickstarter and will be provided to all backers at the Doom Trooper ($69) and Dark Legion ($149) levels. The miniature was designed by game company Ninja Division. In a press release, Ninja’s owner and creative director John Cadice said, “We all loved digging through the plastic miniatures and battling our way through Necromutants with our DoomTroopers. Ninja Division is excited to be working with Cabinet and Modiphius to throw our special spin on those classic designs and draw attention to this awesome new edition.”

You can check out the game on Kickstarter. And keep checking back here for more information about the game as it becomes available through the remainder of the campaign.