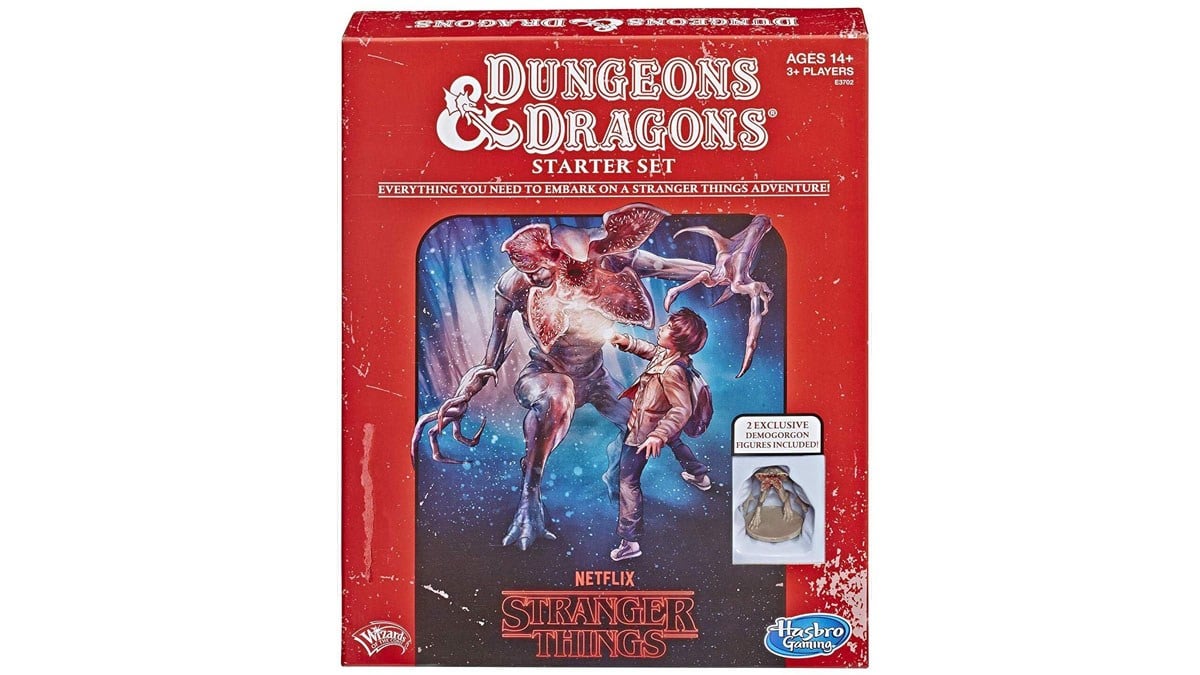 Dungeons and Dragons has a starter kit you might have missed: The Stranger Things Dungeons and Dragons Starter Set. This set features a comprehensive rulebook, dice, premade character sheets, demogorgon miniatures, and an adventure supplement titled “Hunt for the Thessalhydra, a D&D Campaign by Mike Wheeler.”

As with other starter sets, the Stranger Things starter set comes with a comprehensive rulebook which covers the basic rules for both the players and the DM. If you’re just wanting to get your feet wet, or you’re looking for an inexpensive introduction to D&D, this is a great place to start. There’s no need to purchase any of the core rulebooks, but the adventure is completely compatible with other resources, of course.

Included in the kit is a single set of dice and a series of character sheets. The dice are sufficient for everyone to use, so long as they’re willing to share, but players can supply their own dice if they like. The character sheets are excellent, including all the information one needs in order to level their character up without needing to refer to rulebooks, at least through the end of the adventure.

This kit contains two demogorgon miniatures, one painted, one unpainted. This sets this kit apart because other starter sets don’t come with miniatures, much less miniatures as rare and specialized as the demogorgon. For a custom demogorgon, paint the second miniature however you like. The prepainted miniature could be painted again, but it’s pretty faithful to the show’s monster just the way it comes.

The Hunt for the Thessalhydra

This section is a review of the adventure, and contains spoilers. Players should skip to the TL;DR without reading the content in the spoiler.

The Hunt for the Thessalhydra is an excellent short adventure which can be easily played over one or two sessions. In this adventure, the players begin the session in a meeting with a local nobleman, Sir Tristan, who has previously hired them in times of need. (Characters start at level 3.) In this meeting, they learn of the mysterious Thessalhydra, a multi-headed giant-mouthed monstrosity, which terrorizes the locals and must be dealt with before anyone else gets hurt. After giving the group a few gifts for their help, he sends them on their way. His only request is that they bring back the heads of the Thessalhydra.

This adventure leaves things pretty open. Players can hunt the trail of the Thessalhydra in any number of ways. If they’re just not getting anywhere, a helpful NPC (or four) can be tossed in to help them along. Of course, you can always have them stumble across the correct cave in their explorations if they’re really not getting there. Their search doesn’t have to lead them to any particular part of the countryside, they just need to find the cave the monsters live in.

Along the way, players will do some dungeon crawling, face a cursed maze, and even journey to the Upside Down (as featured in Stranger Things). Monsters include troglodytes, owlbears, and some skeletons, but the rulebook provides many more types of monsters in case you want to spice things up. It’s not all random mobs, though: Certain monsters make a premier appearance, including the Thessalhydra and the demogorgon. While the Thessalhydra is the main goal, players must face the demogorgon in order to escape the Upside Down and locate the lair of the Thessalhydra.

In order to shorten the game (for running a one-shot), you can omit the Upside Down and demogorgon. Unfortunately, that means cutting out the Upside Down entirely, which ruins the Stranger Things theme, and you don’t get to use the demogorgon figure. But if time is a deal breaker, this can save your one-shot. I did exactly that when I ran this as a one-shot, and we had great fun without feeling like anything was missing. To cut the content smoothly: When the players are lost in the cursed labyrinth, they meet the lost knight. When he opens a portal for them, have it lead to the Thessalhydra’s lair rather than the Upside Down. This can save 15-45 minutes of play, depending on how likely your party is to get worked up over a scary environment which doesn’t follow the normal rules of physics, and how likely they are to want to spend time exploring.

In order to lengthen the game, add some chambers to the Thessalhydra’s lair, and place some strategic monsters in the way. Alternatively, have some other monsters stumble across them after they’ve defeated the Thessalhydra, but before they make their escape back to civilization. If all else fails, have bandits ambush them and steal the sack containing the heads of the Thessalhydra. This gives them another quest to complete on their way home, since they’ve promised to deliver the heads to Sir Tristan.

The Stranger Things Dungeons and Dragons Starter Set is a complete kit for a quick and interesting D&D campaign. Players can hunt the Thessalhydra, meet the demogorgon, and re-establish the peace of the realm, and DMs can experience a painless introduction to storytelling in the world of D&D. The best part, though, is the price. It’s available on Amazon for under $13 (for a limited time).

Disclaimer: Wizards of the Coast provided a copy of this product for review purposes. 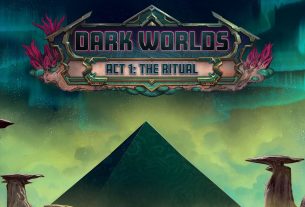