I am not, generally, a reader of non-fiction. As I mentioned of in my review of The Embalmed Head of Oliver Cromwell, I have the sort of brain which tends to learn best via fiction because the OCD bits don’t feel the same pressure to remember every single detail the way they do when delving into the intricacies of a factual account. I do not, nor do I anticipate ever, understand the mechanism which makes this so, but it is so and thus, well, we’re back where we started.

I decided to make an exception for The British Invasion because it’s about comics, which are definitely some of my favorite things (yeah, yeah, I know, Captain Obvious), and about the writers who have crafted some of my favorite books (of the comics, novel, and non-fiction varieties. They’re a prodigious trio).

I am very glad I did. I enjoyed The British Invasion a lot. I learned a lot. It may go without saying, but I absolutely adore learning. Period, full stop. And as a lovely bonus, I learned a ton about something I love.

Of course, the personalities occupying The British Invasions pages fit into the “you couldn’t make this up if you tried,” category of the comic creator/writer pantheon (there is even some art-ing involved), which can’t help but make for an intriguing read. Seriously, I write fantasy and some weird fantasy-speculative-mythology hybrid my brain has decided to mash-up and there is no way in Hades I could create a character who embraces the reality of Alan Moore or Grant Morrison. And if I had half of Gaiman’s talent… I’d maybe be a little closer to quitting my day job anyway.

Greg Carpenter has given us a much more orderly, much more thorough and unbiased, if less, erm… chemically altered history of, and commentary on, comics in the 1980s and 90s, than Morrison’s own Supergods: What Masked Vigilantes, Miraculous Mutants, and a Sun God from Smallville Can Teach Us About Being Human (2012). Though if you’re heading to the bookstore of the library, you should pick the later up in addition to The British Invasion. It is fascinating.

Carpenter focuses on the aforementioned Moore, Gaiman, and Morrison as the most influential of the influx initiated by DC Comics active recruitment across the pond. The British Invasion is organized into sections, each of which contains chapters discussing the career of each writer during a particular time period. The sections are broken up by “interludes” which go into more depth about pivotal events, such as Gaiman’s lawsuit against Todd MacFarlane and Image. The structure provides a fantastic framework in which to compare and contrast the careers and various thematic foci of “The Chaos Bringer,” “The Polite Subversive,” and “The Reality Bomb” (as I came to think of each writer respectively).

The British Invasion is extremely well-researched and detailed while, at the same time, personal and balanced. Though Carpenter clearly respects all three writers intensely, he doesn’t shy away from topics such as Moore’s conflicts with his publishers, Gaiman’s tendency to craft “detached,” if remarkable characters, and Morrison’s near-compulsive drive to be the anti-Moore; these portions of the book, in fact, were some of my favorites because they served to make writers, who are so often seen as part of a pantheon-on-high, actual people who worked their butts off to make it in an industry that often failed to recognize their vision. People who were, and still are, some of the most skilled, visionary writers comics (and novels) have seen in the last half-century but who also had their own share of insecurities and failures. Insecurities and failures they survived, coming out the other side stronger and more fully realized writers.

It was also fascinating to discover, through Carpenter’s exploration of the British Invasion canon, the ways in which Moore, Gaiman, and Morrison have influenced not only comics but all which has sprung from them. The ways in which they (along with many others) not only elevated comics from the trash heap of spandex-laden funny pages to literature but transformed a genre into a medium which then went forth to influence other media.  Zach Snyder’s Man of Steel and Batman v Superman, for example, draws some of its source material from Moore’s run on Superman, though Snyder went with the straight up Murderverse, while Moore, even in his darkest books, found a place for humor. The Marvel Cinematic Universe is flirting with another of the fundamental questions Moore explored in his superhero books: What kind of person would volunteer to become a hero in the first place? Heath Ledger’s Joker, like the Riddler of Gaiman’s Secret Origins, explores the myriad potential origin stories of a villain but never reveals a single truth. Leto’s Joker draws on Morrison’s Arkham Asylum villain, though, in my mind, falls a bit askew of Morrison’s mark.

One thing is certain: we have these three gentleman to thank for much of what is good in comics today.

I am unashamed to admit my world wouldn’t be nearly as enjoyable without decent comics to read. I’d have a lot more money to spend on other stuff but as the saying goes, “I need fantasy to escape reality.” Without Moore, Gaiman, and Morrison, there would be a gaping hole in my coping mechanisms.

If The British Invasion is a bit ponderous in couple of places, well, it is a scholarly work and many of them do have that tendency; The British Invasion keeps it to a minimum though I could have done with a few less pages. There were also a few sections I would have liked to have explored thematically rather than chronologically; on three or four occasions I lost the thread and had to backtrack.

Those, however, are my only nits as regards an almost 500 page book.

Well, those and the fact I now have an even more massive reading list than I did before I cracked The British Invasion. I didn’t collect back in the day the way I do now (for a variety of reasons better addressed in a Padawans columns) though I’m lucky to have a husband who did and I live in a city with great library system. Seriously, though. You should see my shelves and desk right now. Sandman and Morrison graphic novels everywhere. And there may have been some Amazon purchases. What? I said, good library system, not perfect.

Regardless of my credit card balance, I highly recommend The British Invasion to anyone interested in comics and/or the history of comics. I’d also suggest it to anyone who loves someone who’s interested in comics or the history of comics and has no idea why said person spends so much time in the shop or amid the long boxes. I am 100% certain The British Invasion will be on my re-read list at some point (after I dig myself out from under back issues, of course) and it’s possible it may have had some influence on the way I’m going to write my next book. Maybe. Possibly. 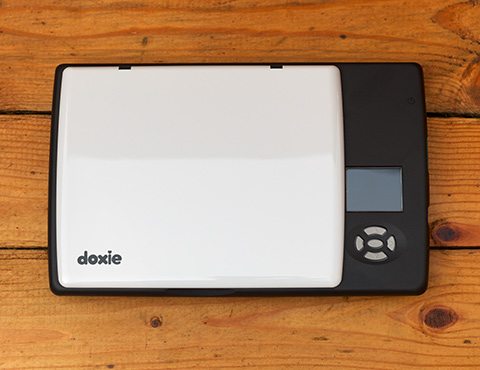