Playbook for the Pathfinder Role Playing Game by Trapdoor Technologies is an iPad app that “integrates all of the components of running the popular RPG into a single application.” Currently only available on the iPad, Playbook has future plans for a web version to widen the available platforms.

“Playbook will allow players to roll up and manage characters, while Game Masters can purchase and prep adventures and campaigns in the award-winning world of Pathfinder,” says Chris Matney, Managing Director at Trapdoor.

Trapdoor had originally released a version of the Playbook for PRD app independently of Paizo, however, the full licensed version will allow for better integration including the game’s complete rule set, use of Pathfinder artwork, and Pathfinder Society organized play integration as well as access to all of Paizo’s modules and supporting books.

The app is available now on iTunes with an update as recently as August 3rd for Gen Con.

At PaizoCon 2016 I was fortunate enough to get a chance to sit and talk with the creators of Playbook, as well as play an actual session with four players and a Game Master all utilizing the app. While everyone in the demo game had an iPad with the app, they assured me that it would work fine with some playing sans iPad.

Playbook for Pathfinder is made up of seven modules. A subscription is $1.99 per month or $19.99 per year with a one month free trial for all new accounts.

Library Module: I’m taking this out of order from what they have online as this module alone is worth the subscription cost to me. This module provides eBook versions of the Pathfinder rulebooks. That’s right, not PDFs, but ebooks; searchable, responsive, linked versions of the rulebooks. Currently, the app only provides you with a subset of the Pathfinder Roleplaying Game Reference Documents (PRD) that are found online, but when completed this module will link with Paizo’s site and give you access to any materials you’ve purchased and are available in your Paizo downloads.

This is really the core competency of Trapdoor Technologies.

“Through the use of our automated technology (lovingly called The Story Machine) Trapdoor Technologies converts complex documents into fully interactive, nonlinear software applications. Storybook goes beyond the boundaries of a traditional e-book reader by combining audio, video, reference materials, annotations, and bookmarks to create a more interactive storytelling experience.”

Using their Storybook technology Trapdoor is bringing the Pathfinder content into Playbook for Pathfinder. So when you’re in a module and see a linked rule, you’ll be able to click it and go straight to the associated text.

In Pathfinder Society organized play players are required to have a physical or digital copy of every rulebook used in the creation of their character. With Playbook I’m going to be able to easily have all of my purchased books available in one spot in an easy-to-use format.

Again, the library module alone will likely make Playbook for Pathfinder a purchase for me.

Home Module: The Home Module will include a “Game Night mode to synchronize all Playbook modules for the evening’s adventure; display your hard-won badges and honors; and keep updated with the latest Playbook announcements.” This page also allows you to see your latest purchases, manage your profile (including your Pathfinder Society ID number), and manage your Playbook for Pathfinder license.

Playbook touts the ease of use of this module. It’s easy and fun to create characters without all the burden of dozens of books. The designers talked about how they were able to play a brutal game where characters were quickly dying and within minutes a new character was developed and ready to go. All of this is true. Creating characters is easy as you’re walked through a character creation wizard to build your character. There’s even an option called “simple creation” where a player can answer some general questions about what he might like to play and a character is automatically generated.

The wizard is an excellent tool for quickly building characters or for the novice to be walked through the process.

This module is still in development and I expect many changes to incorporate more options such as changing the point buy. Some functionality I hope to see changed is that once you’ve built your character for a level and accept the changes, everything is locked in. There’s no going back. While you can make backups of a character prior to making changes, there’s currently no way to change an existing character. I presume this will change, as the Pathfinder ruleset allows for changing most character features through the retraining rules.

My only gripe with character creation is that this isn’t how I build characters. I rarely, if ever, need to build a character quickly. I actually spend hours creating each character, reading about options or reading class guides, and I like to experiment during character creation. I select levels of different classes, pick different feats, progress the character up to 12th level, then see what the build looks like with different selections for earlier levels, for instance, or trying one feat-chain instead of another. I’ll add all the feats I might want, adding more than is allowed for a level, until I settle on what I want and delete the extras. The Playbook character creation wizard kindly does not allow me to make an invalid character, so it does not allow me to work like I prefer. Again, I could make numerous duplicates of a character and experiment with each.

I discussed this issue with them at length during my demo and the Trapdoor folks took detailed notes, and, as I said, some of this will certainly change in the future because of the Pathfinder retraining rules.

In some recent release notes, Trapdoor said they were working on a Keyword Character Creation option called “Quick Build.”

“Roll up a character instantly using preset parameters. Want a 5th level stealthy dwarf? How about a 10th level fighter in a flash? Create what you need at the press of a button.”

So for new players or for people wanting to quickly generate new or high-level characters, this app is superb. For players who build characters like me, more experimentally and slowly, the app is not quite there yet. Playbook for Pathfinder is in its very early stages, with releases coming out frequently, and much still planned to be released. I expect much of this to change.

Remember, all of this is just icing on the cake, as the Library Module sells the app for me!

Once the character is created, some of the functionality of the character sheet is pretty cool. When the tablet is horizontal you are provided a completely customizable character layout.

The sheet allows you to equip items, update hit points, purchase equipment, read rulebook entries on most everything from each skill or feat to attributes such as strength or speed. It does not look like the version I have downloaded allows you to activate a feature such as Power Attack or Smite and have it automatically change To Hit, Damage, or other stats. My understanding from the PaizoCon demo was that this feature was planned.

Modules can be moved around or eliminated however you wish. The first screen could have your skills and weapon stats for instance, and modules for spells or other features not relevant to this character can my removed from the view.

A traditional view of the character sheet is available if you turn the iPad vertically. This is a great way to present your character for review by a game master or if it’s just how you prefer to view your character.

Adventure Module: “As a GM, manage your adventure, track encounters, share maps and take notes. Links in the adventure allow for instant information lookup. If you’re a player, a customizable logbook keeps notes, maps, and your adventure exploits organized and sharable.”

Campaign Module: “The big picture of an RPG setting is sometimes lost in the details. This module keeps the campaign story arc organized and available with campaign maps, major world events and notable places and people easy to find.”

Both the Adventure Module and Campaign Module have tabs for maps and notes. Playbook gives you the ability to create multiple instances of the same adventure or campaign. For instance, you may have two gaming groups playing Dragon’s Demand. Creating two instances of the materials allows you to enter notes specific to each party.

I have not used this module as a Game Master, but as a player it worked well, allowing me to get the character information I needed when I wanted while also being able to interact with the information the game master shared with me. I plan to do more home Pathfinder Society this year, and, hopefully, I can put these modules through the wringer.

This is where you sync iPads to form a party. You can also send and receive messages to individual members or the whole party. (Secret notes–always fun in an RPG!) At one point during the demo the game master made a piece of equipment I found available to me. On this tab, I was able to accept it and have it automatically placed in my character’s inventory.

It might be in this module, but Trapdoor discussed an option for Pathfinder Society play that would automatically determine what Pathfinder Society modules were playable by the group. With essentially randomly selected groups of players, it’s sometimes difficult to find a module that none of the members have played before. This would use the selected characters, query the Paizo databases, and determine which modules the group could play for credit.

Forge Module (in development): “A powerful toolkit for easily creating your worlds. Everything from modifying monsters to making maps–edit existing content or start from scratch.” Trapdoor Technologies has some big plans for Playbook for Pathfinder!

The Pathfinder module Dragon’s Demand was recently made available for Playbook for $17.99.

The Dragon’s Demand is the first adventure from the vast Pathfinder Roleplaying Game library to be available in Playbook, and its launch marks a new phase in the exciting partnership between Trapdoor and Paizo Inc., bringing Pathfinder’s most-popular adventures to an easy-to-use app.

What Playbook is not: Playbook is not a virtual tabletop. Trapdoor pointed out that there are many excellent virtual tabletops out there, and they did not intend to duplicate those efforts. Playbook is also not intended to replace the Game Master. Their intent is to make all the materials and rules readily available, thus reducing the time you spend searching for what you need and increasing the time you spend actually playing.

Playbook for Pathfinder has some grand plans to integrate “all of the components of running the popular RPG into a single application for iPad.” For $19.99 a year the library module alone will make my life much easier for Pathfinder Society play. While I find the early version of the character generator lacking for the way I create characters, the generator is excellent for new players or for players that would like to quickly build characters. The other modules intended for live gameplay look promising, and what I was exposed to worked well. I hope to get more experience with these modules over the coming year.

If you’re at Gen Con, go check it out in the Sagamore Ballroom, otherwise, download Playbook for Pathfinder; the first month is free.

This video from Trapdoor Technologies gives a glimpse at the look and feel of the app. 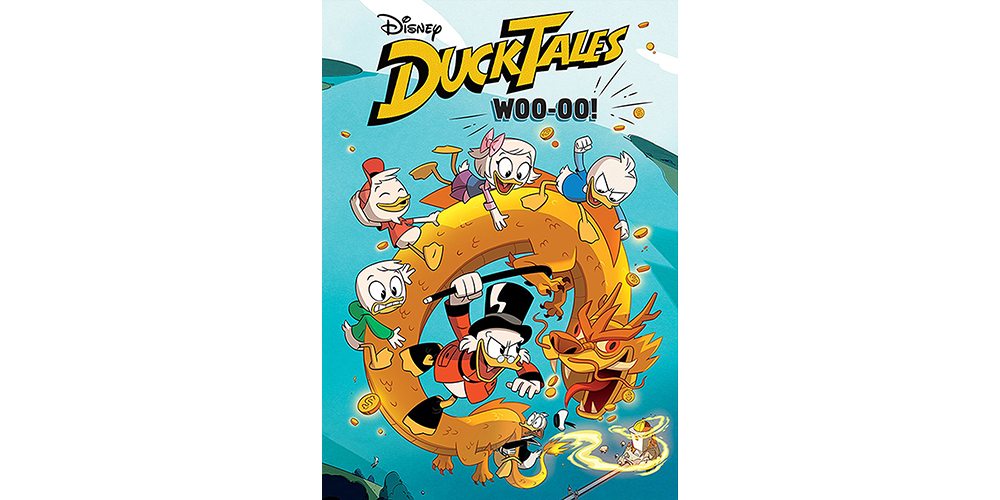 Life Is (Still) Like a Hurricane – Own ‘DuckTales: Woo-oo!’ on DVD

Confessions of a Vampire Addict

8 thoughts on “Streamline Your Game Nights With ‘Playbook for Pathfinder’”