A while back GeekDad Matt Blum postulated on The 10 Most Useful Gadgets From Science Fiction and Comics, and this reminded me of one of Philip K. Dick’s short stories called ‘The Waterspider‘ (available in The Minority Report and Other Classic Stories

)
SPOILER ALERT:
The Waterspider deals with a future race who come back in time to find a pre-cog from the 20th century to help them solve the problem of faster-than-light travel. It turns out that these pre-cogs are actually the sci-fi authors from the 60s and 70s whose published books and journals are like history textbooks to the people of the future. They even grab their target from a sci-fi convention!

Okay, let’s get the obvious one out of the way first, you knew it was coming even if you didn’t notice the lead image. It’s just hours to go now before we can get our hands on Apple’s latest toy, the iPad, but would it be here without Star Trek’s PADD? The Personal Access Display Device was first introduced to us by Captain James T. Kirk onboard the original Starship Enterprise and primarily used a stylus for interactivity. Of course technology always moves forward, even in the 23rd century, so by the the time Jean-Luc Picard got his hands on one they were all touchscreen based and could do much more than just accept the captain’s virtual signature. They have been used for everything from viewing schematics to creating art, as well as the more mundane task of accessing Starfleet vast databases.

Apple’s iPad can do all of that already – viewing your photos and videos, sending email, browsing the web, and it looks like it’s set to revolutionise the eBook market too, if the demos can be believed. You can even make it look like a PADD with the StarTime or LCARS apps. And with over 150,000 other apps already in the store, there’s virtually nothing it can’t do.

Apart from take a photo. Uhura’s Earpiece
Sticking with Star Trek, from her very first appearance on screen communications officer Lt. Uhura can be seen wearing an earpiece communicator. The device not only allows voice communications between the crew, but is also used to send and receive ‘hails’ and can even warn the wearer of the impending danger posed by any weapon launched at the starship. Although why the ship would just warn one crew member seems a little odd – why not just set of a big alarm and flashing lights?

Bluetooth technology has allowed us to have a similar inner ear experience, transmitting the sound of our phone calls through the air to a phone stashed away in a bag or pocket. And only making us seem slightly crazy talking to ourselves in the process. Several companies have tried to do away with the phone part altogether, although with limited success, mostly due to the fact that the size of the device needed to comfortably sit in or on the ear means there’s no room for a display or keypad with which to operate the damn thing properly. Even Apple gave up on their one.

Video Conferencing and Instant Messaging
These two technologies seem like they’ve been around for ever already, but just imagine it’s 1909 and you’ve just read a short story called “The Machine Stops” by E. M. Forster – what would you make of it? In the story, Earth inhabitant’s are forced to live underground in ‘cells’ and rarely meet face-to-face. All communications are handle by ‘The Machine’ which provides all their spiritual and bodily needs, whilst facilitating the only activity humans needs to engage in – the sharing of knowledge and ideas. The whole book is available online for free.

These days we take instant messaging for granted and with Skype enabled TVs on the market already, you can keep in touch with everyone all over the globe from the comfort of your sofa. Just remember, you are allowed to venture outside every now and then.

Dick Tracy’s two-way wrist radio
In 1931 cartoonist Chester Gould created Dick Tracy, a newspaper strip about an intelligent, rock hard, no messing police detective who, in addition to his raw brain power, used forensic science and advanced gadgetry to track down the villains. One of his most iconic gadgets was the two-way wrist radio. Introduced to the strip in 1946 it enabled Tracy

to keep in contact with his police force, and was later upgraded to a two-way wrist TV in 1964. It even featured on the teaser posters for Warren Beatty’s 1990 film version

With the advent of mobile phones, it was only a matter of time before someone shrunk the components enough to fit into a wristwatch and now there are a plethora of them on the market. But it wasn’t until last year that LG brought the promise of the video wristwatch to the masses with the LG-GD910.
The touch screen phone boasts a Quad band chip and 3G connectivity for the all-important video calling feature, and it can also read out your text message to you. LG said it would be out in time for Christmas 2009, let hope it’s still coming.

Man on the Moon
In 1865, Jules Verne wrote one of the first science fiction novels. “From the Earth to the Moon” tells the story of the Baltimore-based “Gun Club” and their quest to build the “Columbiad Space Gun”, which they hope to use to launch themselves to the Moon.
Even though there wasn’t any information on the subject of space flight around when the book was written, Verne tried to make the requirements for his cannon as real as he could using some rough calculations, and apparently he wasn’t too far off on some of them. The story ends with a successful launch, but you have to read the sequel “Around the Moon” to find out what happens to the intrepid astronauts.

Just over a hundred years (and billions of dollars) later, Neil Armstrong fluffed his lines as he became the first human to set foot on the Moon. Would he have been there without Jules Verne? Probably, but the book inspired so many people, including H.G. Wells and other authors, that it was inevitable really.

Lasers that cut, not kill
Does the idea of James Bond being sliced in half from the goolies up by a big red laser in Goldfinger

still send a shiver down your spine? It does me, but I do like the idea of the precision that laser cutting affords.

The first laser cut things I remember seeing were the Mikromen by UK designer Sam Buxton. After buying one from a local gift shop I was hooked and had to buy up the whole set. It was a great thrill seeing all the pieces magically appear from a single piece of aluminium just by folding the incredibly narrow pieces in the right way, praying that they wouldn’t snap.
It’s now hit the mainstream with Etsy already full of laser cut products, from jewellery to furniture, and ponoko.com can custom cut you whatever your heart desires for a fee. WWWhat?
In 1990, around the same time that Tim Berners-Lee wrote a certain proposal, David Brin published a book called Earth

, in which he predicted a whole manner of things, not least of which was The World Wide Web.
He may have missed out on the URL, instead opting for a numeric form of addressing, but his vision of a “global web” shares so many similarities with Berners-Lee’s ideas that they could have been written by the same person, especially when you consider that at the time, the Internet was still just 10 servers and a hub between Universities.

Brin’s novel also predicted the proliferation of e-mail spam, the web being the source for all news media, blogging as we know it today, and might even have helped name our favourite micro-blogging service with this line,

“I am the product of so many notions, cascading and multiplying in so many accents and dialects. These are my subvocalizations, I suppose – the twitterings of data and opinions on the Net are my subjective world.”

Brin is thought provoking in more ways than just technological too. Other elements of Earth deal with global warming, ecological disaster refugees, ecoterrorism, and overpopulation – all problems that face us today, although you don’t have to be a rocket scientist to spot them coming.

Gesture Based Interfaces
Matt mentioned this one in his earlier post, citing Tom Cruise’s wild flinging of files around a big transparent screen in Minority Report

as his example. While this wasn’t strictly speaking in PKD’s original short story, it is a good example of the concept, certainly better than the ridiculous version of it that’s in CSI:Miami.
Multi-touch has been with us for a while now, in fact it’s only been about 5 years from the first demos to the iPhones et al of today. It’s only a matter of time now before some clever boffin pairs it up with motion sensing tech like a Wii-Mote or Microsoft’s Natal, and then we’ll all be interacting with our digital files without actually touching anything.

Video Holograms
“Help me Obi-Wan Kenobi, you’re my only hope”. Hologram displays are rife in sci-fi movies, but none can compare to Princess Leia’s impassioned cry for help in the original Star Wars. Sure they got bigger, more colourful and even came from handheld devices in the other films, but the fuzzy, grainy image of Carrie Fisher stuck in a loop will be forever ingrained in our minds. Whether it was a prerecorded message stored in a tin can or a live transmission from a Clone War battleground, holograms are a great way for characters to be somewhere they’re not.

Using just a HD video projector with a special foil for the screen, UK company Musion can create 3D holograms now. You can interact with them on a stage and they can be up to 100m high and so far they’ve used them for product launches, telepresence, award ceremonies and concerts. Although, if you watch the video I think you’ll agree, you can’t top hitting someone’s head to make a beat. (slightly NSFW for language – drops an F-bomb near the end)

My thanks to fellow GeekDads Brian Mclaughlin, Kathy Ceceri, Jenny Williams, Jonathan H Liu and Matt Blum for help with this post and to Chuck Lawton for helping me remember the name of the PKD story! 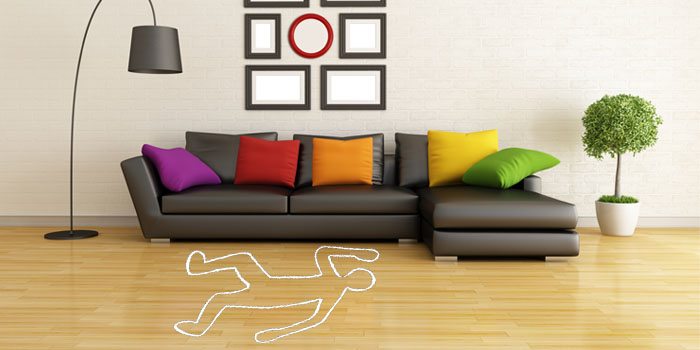