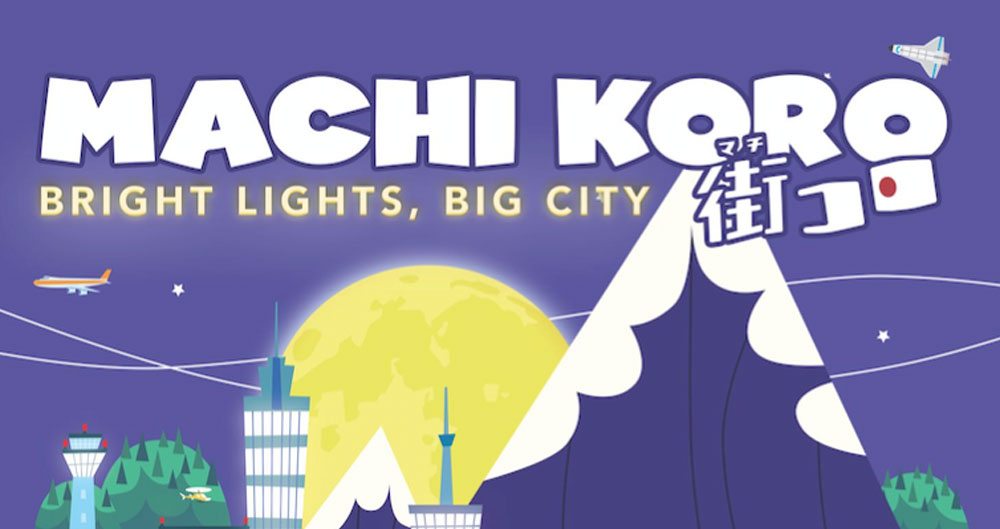 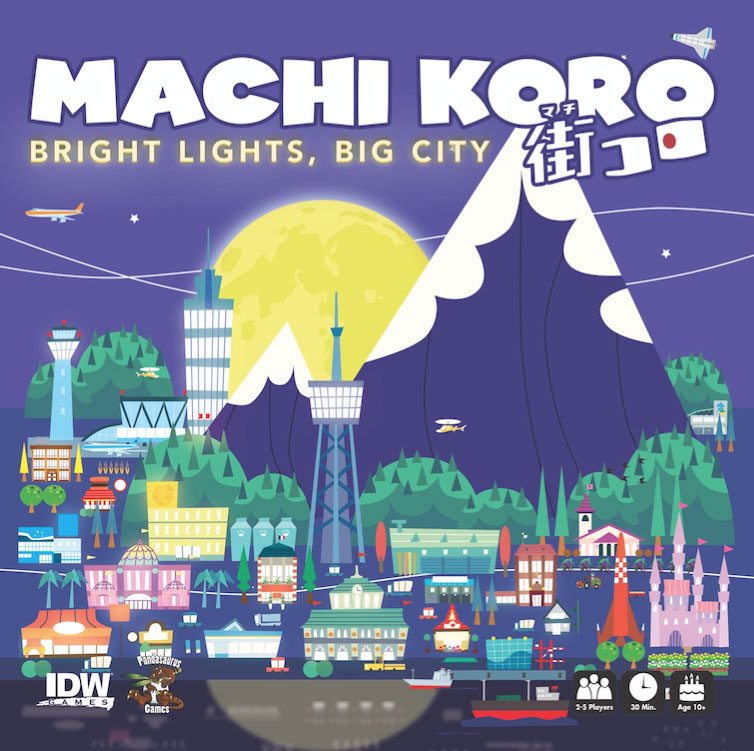 I still need to work on my big Gen Con photo recap, but for now I’ll share one of the new titles I picked up at Gen Con this year: Machi Koro: Bright Lights, Big City. The little town of Machi Koro now has a bustling nightlife: this Target exclusive is a stand-alone experience tailored for folks who are just discovering the game for the first time.

At a glance: Machi Koro: Bright Lights, Big City is a game for 2 to 5 players, ages 10 and up, and takes about 30–45 minutes to play. It is a Target exclusive and retails for $29.99. This version has some overlaps with the prior versions of Machi Koro, so if you already have the original Machi Koro or want the flexibility of getting all the expansions, it may not be the right set for you. (See my Verdict section for more.) However, if you’re newer to gaming or you want an all-in-one solution without having to look for expansions, this is a nice solution.

As you can see from the photo above, the components are pretty simple: a big pile of cards, some coins, and a few dice. The dice are standard six-sided dice with rounded corners; one of mine had a weird divot on one edge. The coins are tokens that you punch out—fairly nice cardboard that punches out easily.

The cards are decent quality, with cute little illustrations of the various establishments. The one odd thing about the cards is that they weren’t collated when I opened up the game: everything’s all mixed in, even though to play the game you’ll need to separate out the Starting Establishments and Landmarks for the players, plus the various levels of establishments. Fortunately, they’re easily sorted out by the card backs—this is a change from the original version and expansions. The establishment cards are sorted into cards with values 6 and under, values 7 and up, and the purple Major Establishment cards.

Another thing you’ll notice if you compare the cards from Bright Lights to the original is that the illustrations are set at night rather than during the day as in the original game.

As with other IDW titles, the box is quite a lot bigger than the contents, and this time it’s a simple cardboard insert that just holds the punchboard for the coins up. Once you’ve punched those out, you’ll have a large square box that is more than half air, and just a couple of plastic baggies to store everything in. I suppose the lower-quality insert is part of getting the price down and into Target stores.

If you’re already familiar with the base game (or have read my review of the original Machi Koro), then you’ll find this one fairly familiar, with the exception of some tweaks to the setup and some new cards.

The goal of the game is to be the first to build all of your landmarks—throughout the game you’ll use various establishments to earn money, which is then used to purchase more establishments and build those landmarks.

To start, each player takes a set of starting cards: you’ll have a Wheat Field, a Bakery, and 7 Landmarks: City Hall, Harbor, Train Station, Shopping Mall, Amusement Park, Moon Tower, and Airport. Of the Landmarks, the City Hall is already built and the rest are flipped to the “under construction” side.

In the center of the table, you’ll set up the marketplace. The cards are separated by the different backs: they are marked ≤6, ≥7, or with a purple tower symbol. Shuffle each of these decks separately, and then deal them out face-up until you have 5 unique ≤6 cards, 2 unique tower cards, and 5 unique ≥7 cards. (If you draw duplicates, simply stack them on top of each other.) Throughout the game, you’ll maintain this 5-2-5 setup, replacing cards as they are purchased from the marketplace. This setup method is a mix between the original Machi Koro, which laid out piles of every type of card, and the Machi Koro Harbor Expansion, which had all of the cards shuffled into one giant deck.

Now you’re ready to begin: pick a starting player, and give them the dice.

On your turn, you roll a die, and then everyone has a chance to earn income. Each establishment has a number or number range at the top of it, which indicates when that establishment will earn money. Wheat Fields have a 1 on them, so any time any player rolls a 1, you get to take 1 coin from the bank. Blue cards will earn income no matter who rolls the number. Green cards only earn income if you roll the number yourself. Red cards let you steal money from another player who rolls that number. Purple cards only trigger when you roll the number, but tend to have very powerful effects.

Everyone has the opportunity to earn income on anyone’s turn, but only the active player gets to build. After the income phase, you get to construct one thing, either an establishment from the marketplace or one of your unfinished landmarks. The cost is printed in the gold coin at the bottom corner. Pay that amount to the bank, and then place the card in your playing area (or flip over the landmark). Refill the marketplace as needed. Then you pass the dice and the next player takes their turn.

Each landmark also unlocks different abilities. For instance, the Train Station lets you choose to roll 1 or 2 dice on your turn, which then opens up the possibility of rolling 7 or higher—these buildings tend to pay out more money. The Moon Shot lets you roll all three dice and choose two to use. The landmarks may be built in any order, but there are some that are very expensive so you generally have to build up to those.

As soon as any player has built all of their landmarks, they win and the game ends immediately.

I first fell in love with Machi Koro at Gen Con in 2014, and it made it on my best of Gen Con list as well as my best games of 2014 list. It’s easy to learn, and I liked the way that you had a chance of earning income no matter whose turn it was—similar to the way everyone collects resources on every turn in Settlers of Catan. You can pursue different strategies: hedge your bets by trying to collect a card for every possible number, or put your eggs in one basket so that when your number comes up you get a huge payout. I’ve played with the Harbor expansion but not Millionaire’s Row, and both of those added more cards to the mix (including one new landmark each) to spice up the game.

The biggest change added by the expansions was the mixed deck—instead of all of the establishments being available for purchase at any given time, everything was shuffled up together and you only had a limited number to choose from on any given turn. The problem, though, was that if the marketplace was filled up with high-number cards and nobody had a Train Station built yet (to roll 2 dice), it was very hard to earn any additional income. Thus the birth of the 3-pile variant, where you were guaranteed to have 5 low cards, 5 high cards, and 2 Major Establishments to choose from.

You can think of this new version of Machi Koro as sort of a “greatest hits” version. It’s not necessarily meant for those who have the base game and expansions, nor is it meant for those completionists who would want to have access to all of the expansions and their possibilities. Instead, it’s intended as an easy way to jump directly into the deeper experience provided by the expansions, but without having to make all the decisions about which cards to use each time you play.

The 3-pile variant has become official, too, as evidenced by the new card backs and setup rules. It definitely provides a much better flow for the game, because it lets you decide for yourself when you want to shift into the higher-valued cards, rather than being forced one way or the other by the available market cards, while still keeping a bit of the luck of the draw. At Gen Con this year, the folks at IDW/Pandasaurus explained that they selected the set of establishments for this game to be friendly to newer gamers—there are still a few that aren’t immediately intuitive, but for the most part I found this set pretty easy to use, and it’s easy to introduce new players to Machi Koro without having to play the base set first and then move on to expansions.

I have to admit that these days I play Machi Koro less than I used to because I really love Valeria: Card Kingdoms, which uses some similar mechanics. But breaking out this version with my kids and friends reminded me that it’s still a delightful game, and I’m tempted to trade in my original set and expansion and just replace it with this one. (I just wish the box were a bit smaller.)

If you already own Machi Koro and its expansions, you don’t need to rush out and buy Machi Koro: Bright Lights, Big City (unless you just really love the nighttime illustrations). The primary advantage it offers is with the ease of setup because of the differentiated card backs. If you’re new to the game and have been considering picking it up, however, this new edition may be just right, as long as you’re okay with not having future expansions, assuming there are any. (I suppose it will be possible for IDW/Pandasaurus to release Target-exclusive expansions that fit this one, but I haven’t heard any definite plans yet.) 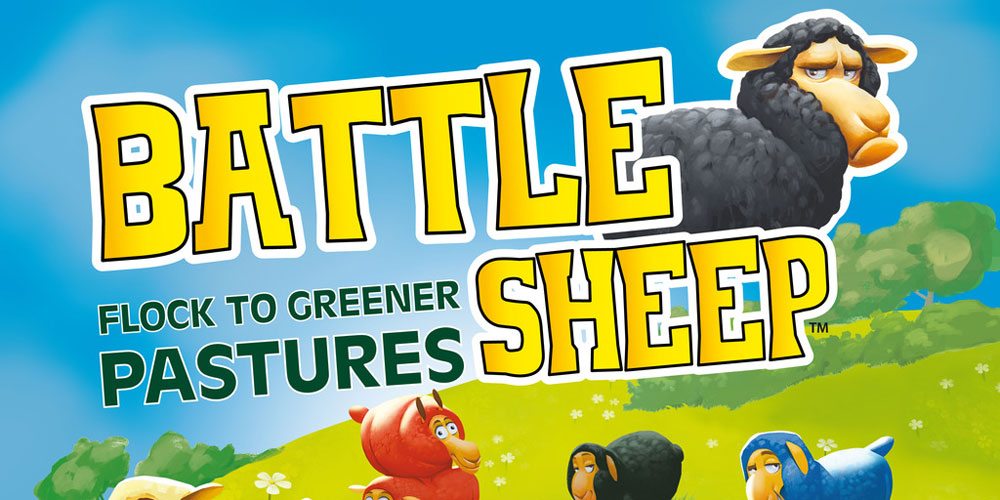 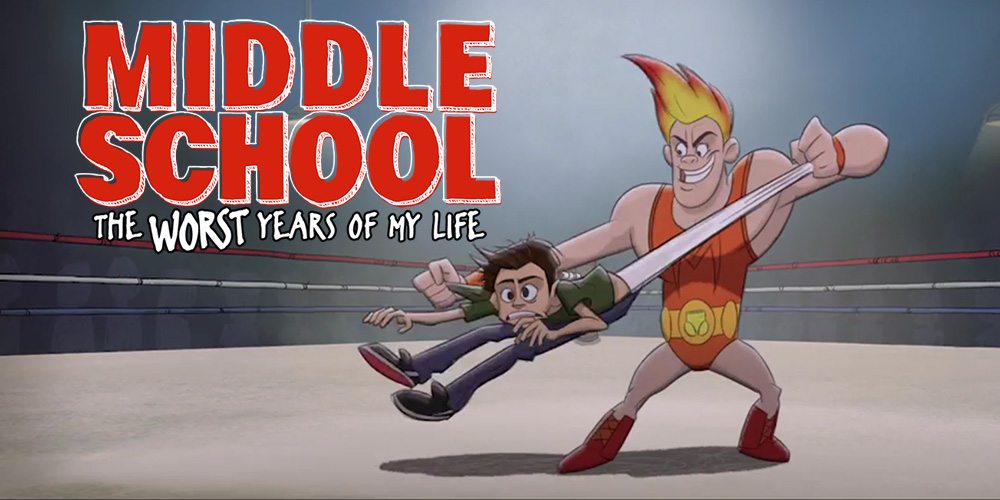