I did it. I wasn’t planning on it. But after all the hate I received when it was revealed that Sulu would be gay, I had to watch it in theaters. I had to see if Star Trek Beyond would do anything to challenge the current perceptions of LGBTQ2+ people and their relationships with others, the perceptions that make people feel it okay to hurl slurs and threats directly at me and indirectly towards LGBTQ2+ people in general over the simple revelation that a character is gay. I received even more hate and slurs when news broke that a kiss between Sulu and his husband was cut from the final cut–more on that later.

Sadly, it is the opinion of this gay and trans man that Star Trek Beyond falls very short in the area of good LGBTQ2+ representation.

The following will contain some very small spoilers. I will avoid talking about major plot points, but there are a few specific sections of the movie that I do need to discuss.

After the movie starts, almost immediately we learn that Sulu is married and has a daughter. The shot of his wedding ring was a little too in your face. The photo of his daughter on his console was perfect, something to which almost every parent can relate.

Good warm up to the “big reveal.”

Three seconds of Sulu hugging his daughter, following by a quick embrace with his husband–we never learn his name–then, they walk off with their arms wrapped around each other’s mid to upper back: the safe zone.

Three seconds is all we see after the narration of the movie talked about how keeping relationships while serving on the Enterprise was hard, complete with a scene of Chekov being thrown from an Orion’s bedroom, yet Sulu is in a loving, committed family.

Three seconds when the movie is heavily themed around: What are you fighting for? What is your purpose?

This scene did elicit a lot of people in the audience to say “Aww!”, but it was from this scene that the kiss was cut. It really could have used it–we are still getting to this.

We see Sulu’s husband and daughter again during the moment of “Is everyone doomed?! Will the Federation survive?!” One second.

It’s just a brief shot of nameless husband carrying nameless child in a panicked crowd, trying to flee. It felt like a “Remember, he’s married to a guy who is nameless and they have a daughter!” Other people talk about relationships. Bones and Spock spend a good number of minutes discussing Spock’s relationship with Uhura. Yet, we never learn the name of Sulu’s husband–the only not-broken relationship. No one asks Sulu about his family and how he is feeling about them being in danger, and why it’s so important to him that they succeed. That would be a normal question from friends, just like it’s normal for Bones to ask Spock about Uhura.

At the end of the movie, we see Sulu’s husband one final time. One second, if that. Just a brief glimpse of his face mingled among a bunch of other familial faces at a celebration.

This scene had so much potential.

The theme of Star Trek Beyond was family and unity, the things that bind us together rather than divide. It is very fitting that we learn about Sulu’s family and why he would be fighting against what is trying to destroy the unity of the Federation. A lot of the other characters get those personal explorations but in much more depth. I mention this because one of the criticisms of a gay Sulu is, it seems to be just thrown into the plot for no reason. I argue knowing that Sulu has a family gives more insight into his motivations for wanting to succeed. He has something worth going back to, that no-one else has.

Back to the lost potential of the final scene. Everyone else who has some sort of family–in this case it’s chosen family–including Keenser, gets a few moments of on-screen time with that “family.”

We don’t even see him in the background, holding hands with his husband. Just a quick little flash of his husband’s face. Considering the celebration is more layered that just gathering for a birthday, it was very poorly handled. It would have almost made up for that lost kiss. A kiss, I’ll add, that was there in the final cut, but was removed–probably because the MPAA rated it R with the kiss and the filmmakers’ contractual obligation was for a PG-13 movie. Watch This Film Is Not Yet Rated if you doubt that is what happened.

I will tell you why Star Trek Beyond needed more.

Star Trek Beyond needed to do more because Sulu got the least amount of screen time and saved the day the least amount of times. While the writers did succeed in relaying that his relationship makes no difference in regards to the respect he receives from his fellow crew members, the lack of screen time doesn’t help to combat some other stereotypes.

Star Trek Beyond needed to do more because Sulu was the only one in a long-term committed and healthy relationship. The five seconds of nameless husband does nothing to combat the horrible stereotype that gay people are promiscuous and incapable of healthy relationships.

Star Trek Beyond needed to do more because people in my Star Trek community were not only relieved when they learned a normal welcome home kiss was removed, but people made outright homophobic remarks celebrating their relief. Because people are disgusted even thinking about a normal, no tongue kiss–the kind of kiss you see every day at the airport when couples greet each other after long separations. They fetishized it, thinking it would be some gross gay sexual makeout scene.

Star Trek Beyond needed to do more because after watching the movie, people were relieved that they showed less than 10 seconds of gay Sulu’s nameless relationship and “at least it was normal.” Yet, if Spock and Uhura had not been in a relationship, the crew of the Enterprise would not have been saved. The headline should read: “Straight Relationship Saves the Day but Gay Relationship Can’t Even Hold Hands at a Party.” There was no portrayal of a normal same-sex relationship in this movie.

Star Trek Beyond needed to do more because of the following revelation made by Cho in an interview with Vulture about the issues they had casting his husband:

We were in Vancouver first and we finished up the production in Dubai and that scene was in Dubai and I was like, “Hey, so who’d you get?” They were like, “We can’t find anybody! Doug may have to play him!” It started out as a joke. I was like, “Haha.” And then at some point they were not joking. We definitely had trouble finding East Asians first off, and then actors willing to play gay. We had a guy and then his parents really objected. Basically, we couldn’t find an Asian actor willing to play gay in Dubai is my understanding.

Doug is one of the screenwriters.

They couldn’t even find an Asian actor willing to play a gay character.

Let me repeat, because this is so very important:

They couldn’t even find an Asian actor willing to play a gay character.

The kiss would have been transformative! Even seeing two men doing something as simple and normal as holding hands at a gathering of family would have done so much to properly normalize LGBTQ2+ relationships.

If you are still wondering why this is such a big deal, the TL;DR version is:

Unfortunately, Star Trek Beyond did nothing to change people’s perceptions of LGBTQ2+ relationships. All it did was make the writers feel good for including it and make heterosexual viewers feel comfortable, saying, “Well, as long as it is under 10 seconds with no intimate affection, and that is all we see in regards to gay relationships, then carry on.” 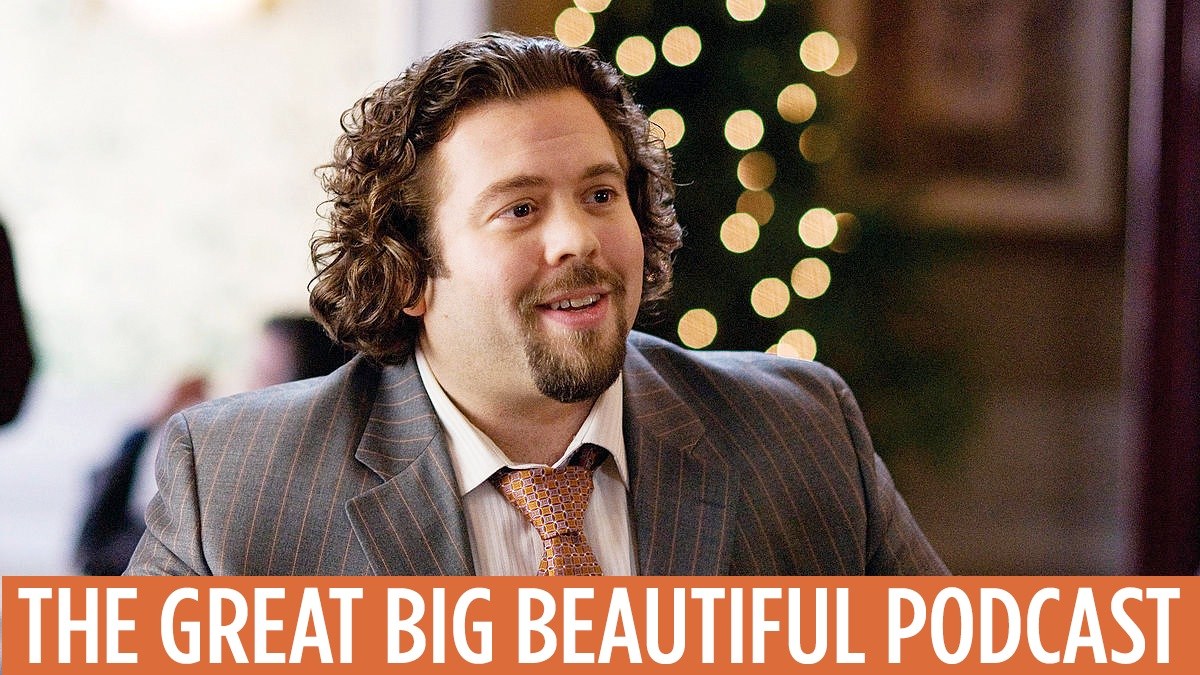