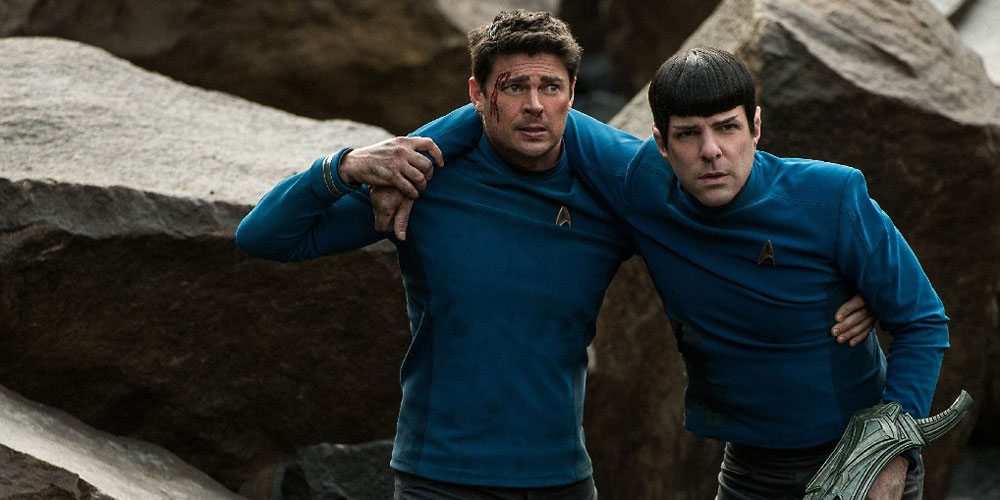 The crew of the Enterprise is about half-way through its iconic five year mission when it is attacked by a mysterious enemy which strands the crew on a remote planet, totally cut off from the Federation. Kirk and his friends have to figure out how to rescue the crew, escape, and warn the Federation about this new threat.

The movie is rated PG-13 for “sequences of sci-fi action and violence.” Well, yeah. Duh.

The movie also contains a few mild swear words (two instances of “s***” and one of “a**”, if I counted correctly).

Also, the movie does, as they would say on NPR, “acknowledge the existence of sex.” There’s no nudity or anything even vaguely explicit, but you might possibly have to explain to younger kids why Chekov is being thrown, shirtless, out of the female Orion crew member’s quarters early in the movie.

I did. I thought it was a fun, fast-moving action film. Director Justin Lin (the director of four of the Fast and Furious movies) brings a new energy to the franchise. There’s a lot of fighting, lots of things blowing up, and two very well-done space battles. The story holds together decently well, even if there are a few obvious, forced plot points thrown in to keep things moving. My only real objection is that there never feels like there’s any real tension, or that any of the main characters are ever in any real danger.

However, I might hesitate to bring very young or very sensitive children to the movie. The violence in this one felt like a step up from previous films, and the villain does have a few particularly horrific ways he uses to kill people. There’s no gore–no blood splatter or the like–but a few folks do meet unpleasant ends.

As mentioned above, the movie does acknowledge that sticking a whole bunch of people on a comparatively small starship for five years is going to create some interpersonal relationships. There isn’t enough kissing or sappiness to even upset Fred Savage, but it is there.

5. Is this just another remake of an older Star Trek film?

Thankfully, no. There’s a scene early on of Kirk and Bones drinking on Kirk’s birthday, which is a nice salute to a similar scene from The Wrath of Khan, and there are one or two other nods to the original films, but otherwise this movie really goes in its own direction rather than trying to crib from the earlier films. I’m still not sure that the franchise is really exploring the possibilities of the new timeline as well as they might, but at least this isn’t an attempt to revisit The Search for Spock or something.

Because I went with an extremely die-hard Star Trek fan, we decided to splurge on IMAX 3D tickets. While I am not generally a fan of 3D, I did think that this movie handles it particularly well. Rather than constantly reminding you that you’re watching 3D by throwing things at the screen, Lin takes a more subtle, Avatar-like approach here, focusing more on long shots of scenery that really highlight the depth. I don’t think you’d necessarily lose anything seeing it in 2D, but 3D definitely added to the visual appeal of the movie, and a few of the shots benefited from the giant IMAX screen as well.

Excellent. They really spent some time and effort (and money) on them, and it shows. They have some aliens who aren’t just humans with bumps on their heads, and two really spectacular worlds that were particularly stunning.

The movie clocks in right at 2 hours, but the credits take up the last nine minutes of that. Once the action starts, Lin never really lets up on the gas, so it’s tough to come up with points that you might safely miss. The RunPee app lists a time at 49 minutes, which will mean that you miss a cool chase/fight scene. They also suggest 1 hour 21 minutes, but I think this is actually a pretty vital scene, and one you definitely won’t want to miss if you’re seeing the movie in IMAX.

In the end, it’s best to try not to miss anything, and if you have to, get back as fast as you can.

9. Does the movie acknowledge the loss of Leonard Nimoy or Anton Yelchin?

Nimoy’s death is dealt with directly in the movie, with Zachary Quinto’s Spock dealing with the death of his older self. Yelchin died too recently to affect anything in the movie itself, but both men are acknowledged in the credits.

No. The first two minutes or so feature a cool CGI sequence that was particularly cool in 3D, and that is followed by the aforementioned remembrance of Nimoy and Yelchin. After that, there’s nothing. 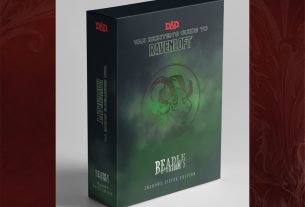 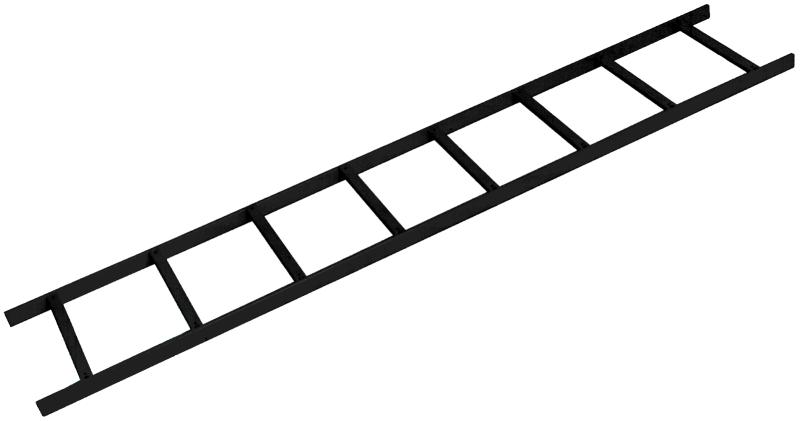 One Laptop per Child – Give One Get One