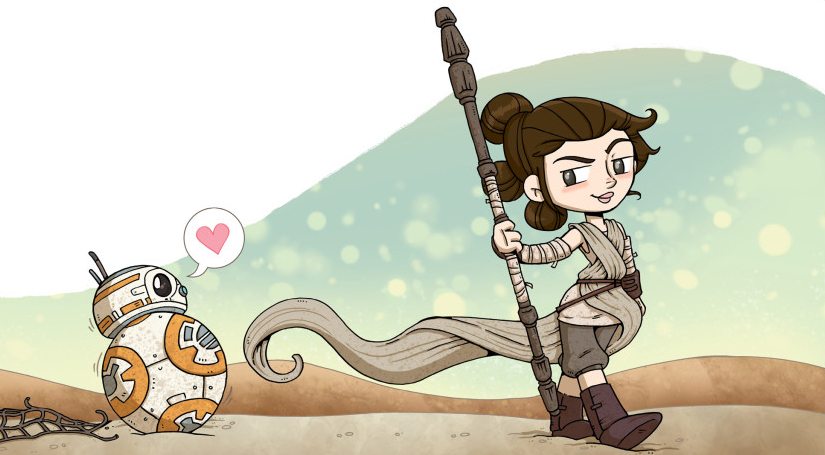 Star Wars: ABC-3PO is one of the newest illustrated books aimed for kids, but let’s be honest: The hilarious, rhyming text of ABC-3PO will be enjoyed just as much (if not more) by the grownup lucky enough to be reading it out loud.

If you’re looking for a simple ABC board book to read to your tiny Padawan or toddler, you might be better off with the first Star Wars ABC book. It’s sturdy with quick, simple text to hold the smallest of attention spans. ABC-3PO is better suited to older readers and listeners, as there’s more text than you might expect to see in a typical ABC book.

But once you dive in, you won’t be disappointed. From the first page, A for Ackbar, you’ll know immediately you’re in for a special Star Wars treat. 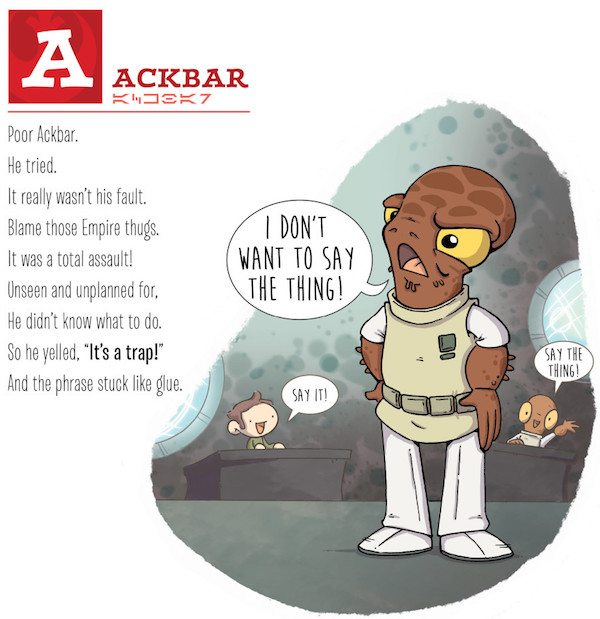 Each page has the Aurebesh alphabet under the name. While you shouldn’t expect the kids to be writing in Aurebesh after your first read-through, it’s just one of the many small details that will lead to you and the kids studying every page.

The adorable illustrations by Katie Cook, featuring all of your favorite characters from the films and animated series, will give every reader the giggles–especially if you know Star Wars. Salacious B. Crumb has never looked so cute. 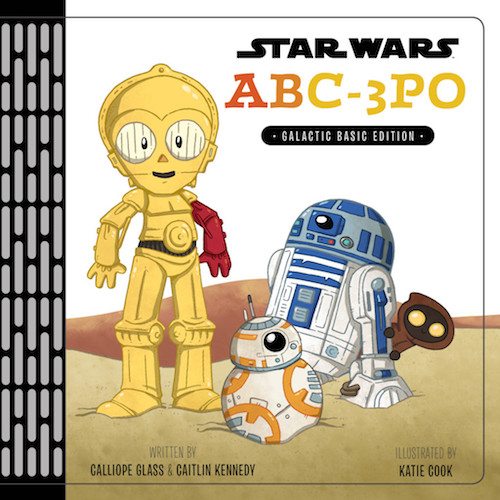 As a nice touch, you’ll not only find characters from the original trilogy, prequels, and The Force Awakens, you’ll see Chopper and Zeb from Star Wars Rebels make an appearance. You’ll even see R2-KT in the background of one page, a thoughtful and much-appreciated gesture.

The rhyming text on each page, written by Calliope Glass and Caitlin Kennedy, can be a mouthful when reading aloud to the kids, but you’ll also find yourself stopping often for a chuckle. The character descriptions are spot-on, entertaining, full of Star Wars trivia that’s just right for little listeners.

Star Wars: ABC-3PO is one of the best Star Wars books “for kids” that really feels like it’s for the grownups reading along. Pick it up for the next baby shower you attend to be a gift-giving Jedi. 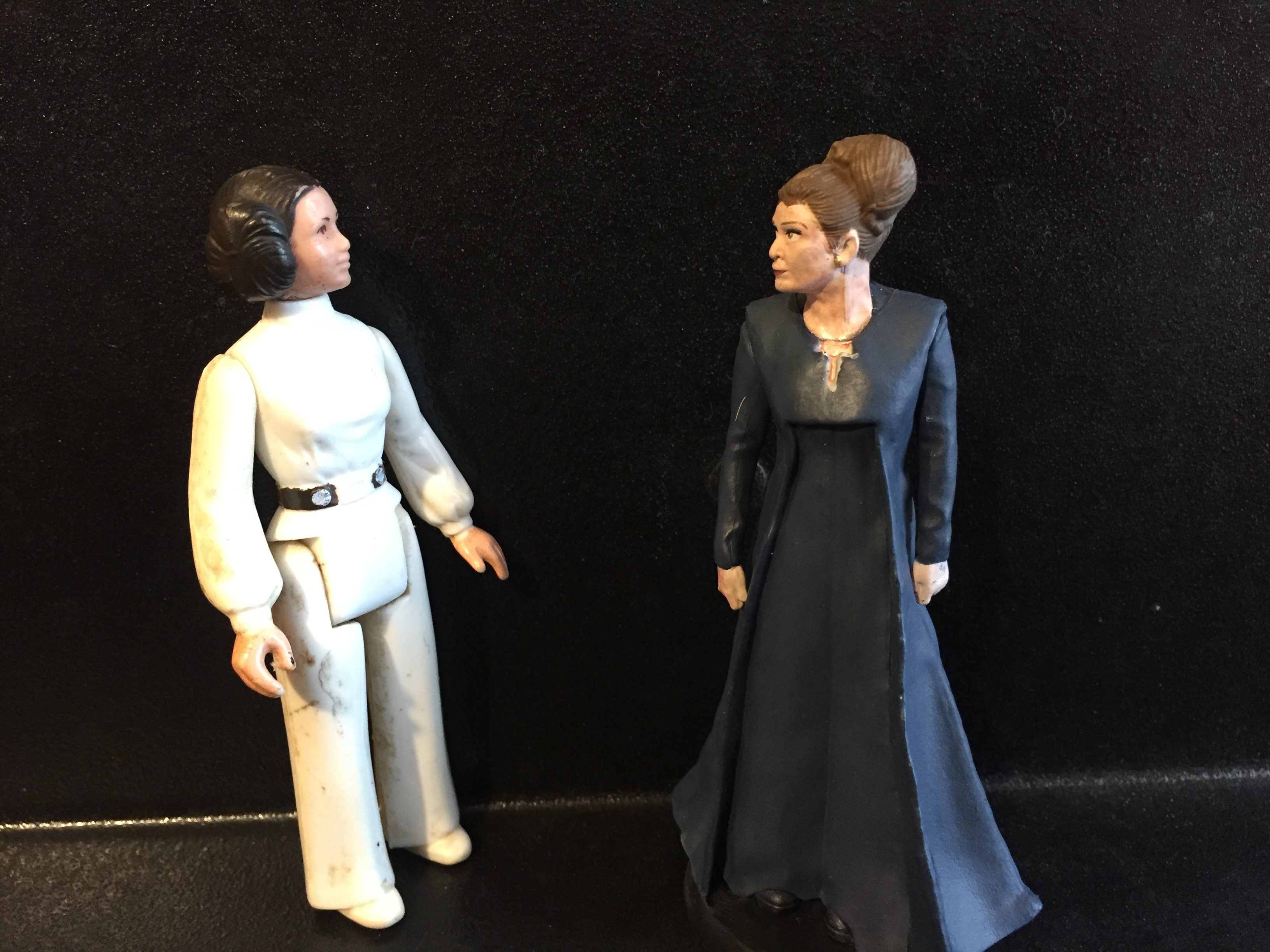 Five Things To Know About Jodie Whittaker as The 13th Doctor