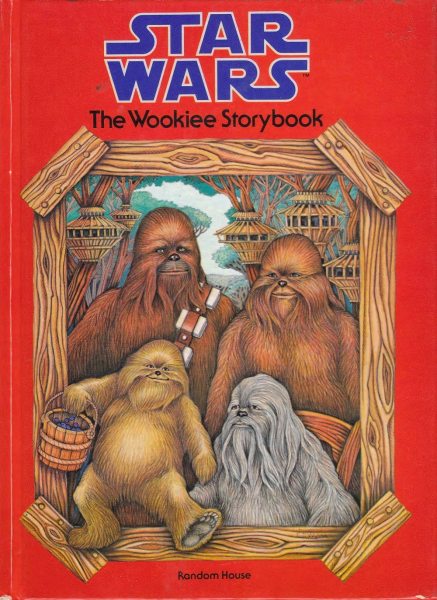 I love Star Wars. I love books. I love children’s picture books. And where those roads intersect? Nirvana.

It should, therefore, come as no surprise that I have a sizable Star Wars library that includes novels, chapter books, comic books, picture books, educational workbooks, board books, and basically anything else you can think of. I’ve got entirely too many.

But there are a few that really hit the sweet spot. Given my specific love for the format, I adore picture books that tell original stories–and aren’t just retellings or adaptations. With that in mind, I recently wrote about some forgotten gems of the Star Wars publishing  backlist: original picture books from 1977 to 1985ish. There were a surprising number of books published during this time, but there weren’t many original stories being told.

The Expanded Universe was still in its infancy, and even though the Marvel comics were telling some truly wackadoo stories that took the characters in new directions, the books were far less… experimental. In the years before The Empire Strikes Back especially, authors were basically flying blind. There wasn’t an official canon. Lucasfilm wasn’t ensuring a single, cohesive, and consistent storyline. And authors had no idea where the story was going.

It was the Wild West of Star Wars storytelling, if you will.

In November of 1978, the Star Wars Holiday Special aired on CBS. Once. But once was enough for the show to become infamous. It’s since been called the worst two hours of television ever produced, and George Lucas himself has said, “If I had the time and a sledgehammer, I would track down every copy of that show and smash it.”

Soon after the special aired, The Wookiee Storybook hit bookstore shelves. It’s an original story not technically tied to the TV special; nevertheless, it’s the closest thing to official Holiday Special merchandise that was ever released. That alone makes it remarkable and cements its place in the history of Star Wars.

So what’s it about? First of all, I’m going to assume you’ve seen the Holiday Special. If not, you really should correct that oversight.

The gang’s all here: Lumpy, Malla, and Itchy are all preparing for Chewbacca’s 200th birthday in their treetop home. Lumpy wants to surprise his dad with his favorite dessert, wasaka berry pudding, but wasaka berries are only found in the “Nother World,” the dangerous, swampy depths of the Kashyyyk jungle. 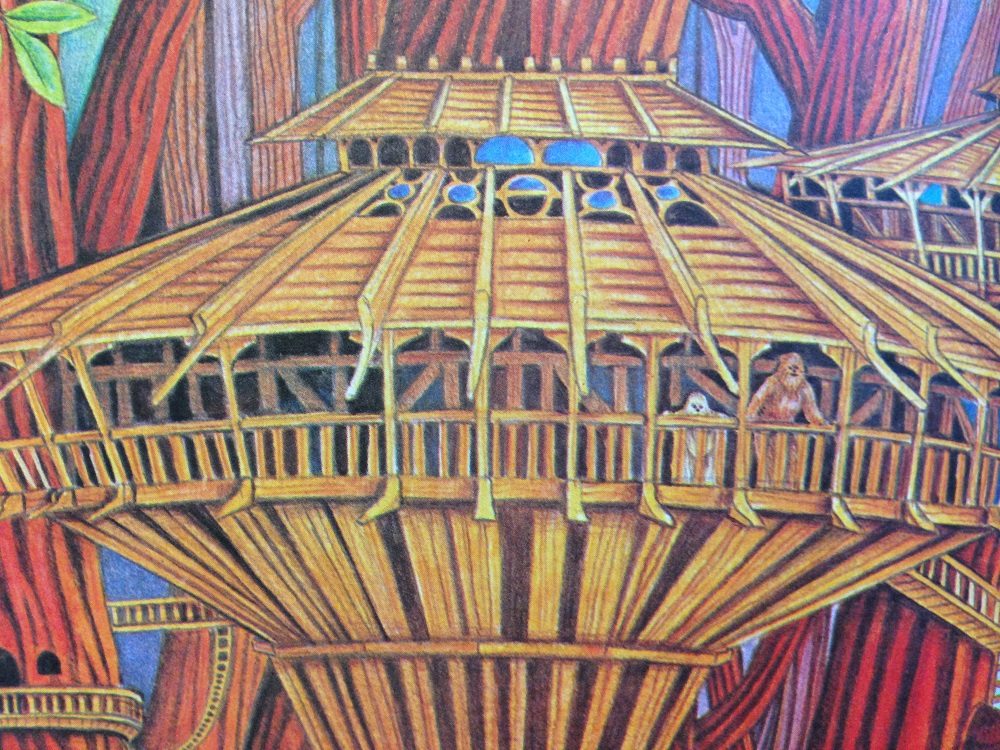 Itchy tries to cheer up Lumpy with a tale of how the Wookiees first came to Kashyyyk and why he has an absent father. It’s during this story that we learn that Chewbacca (along with many other Wookiees) was captured and sold into slavery. So yeah, Chewie was a slave. He only gained his freedom when Han Solo decided to attack the slave traders and free ALL of the Wookiees. Solo then “chose Chewbacca to be his official protector.” This was apparently a great honor for all Wookiees.

As you can probably guess, Lumpy is inspired by this story and excited to see his dad (who’s coming home for his birthday), so he heads off in search of wasaka berries. One thing leads to another and soon enough, he gets lost and in trouble. But this is where the beauty of pre-Empire Strikes Back, free-reign storytelling comes into play.

Are you ready to have your mind blown? 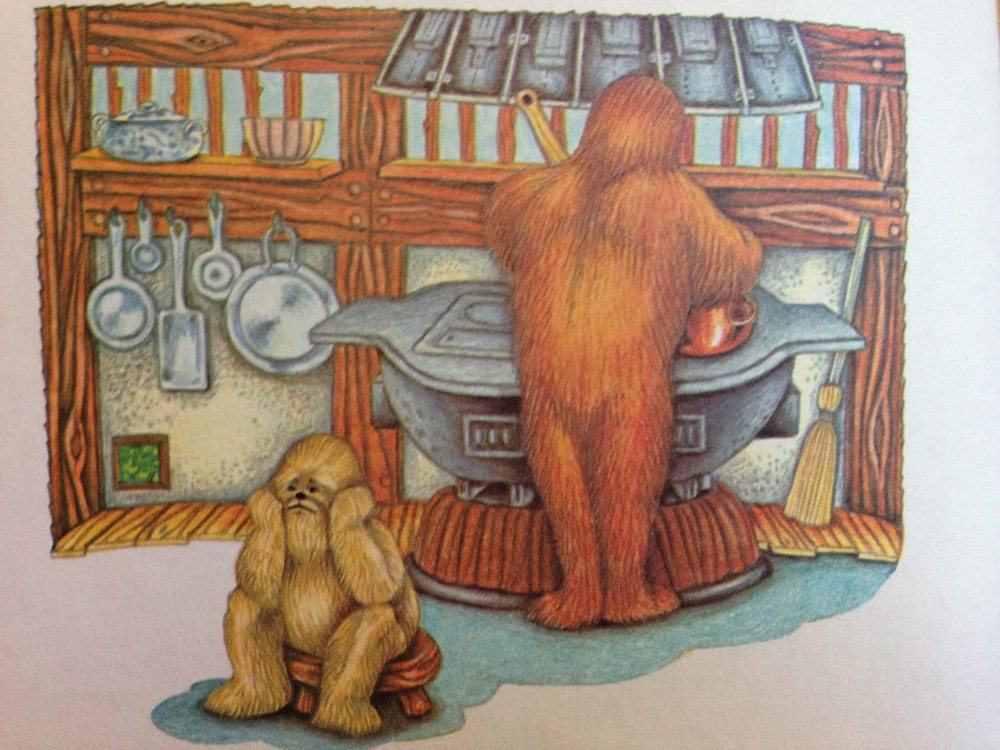 In 1979, Wookiees were telepathic. They could use “thought waves” to talk to one another. Concerned about her missing son, Malla sends out telepathic thought waves to Chewie for help. Chewie, probably light years away on the Millennium Falcon, receives her thought waves and immediately springs into action.

I’m not even going to dwell on the “super-sensitive tracking camera” aboard the Falcon that could deliver a video feed from Kashyyyk’s Nother World, but once they found poor Lumpy (about to get eaten by a monster), Chewie breaks out the Falcon’s sweet two-man explorer craft that no one ever mentioned before and goes to rescue his son. 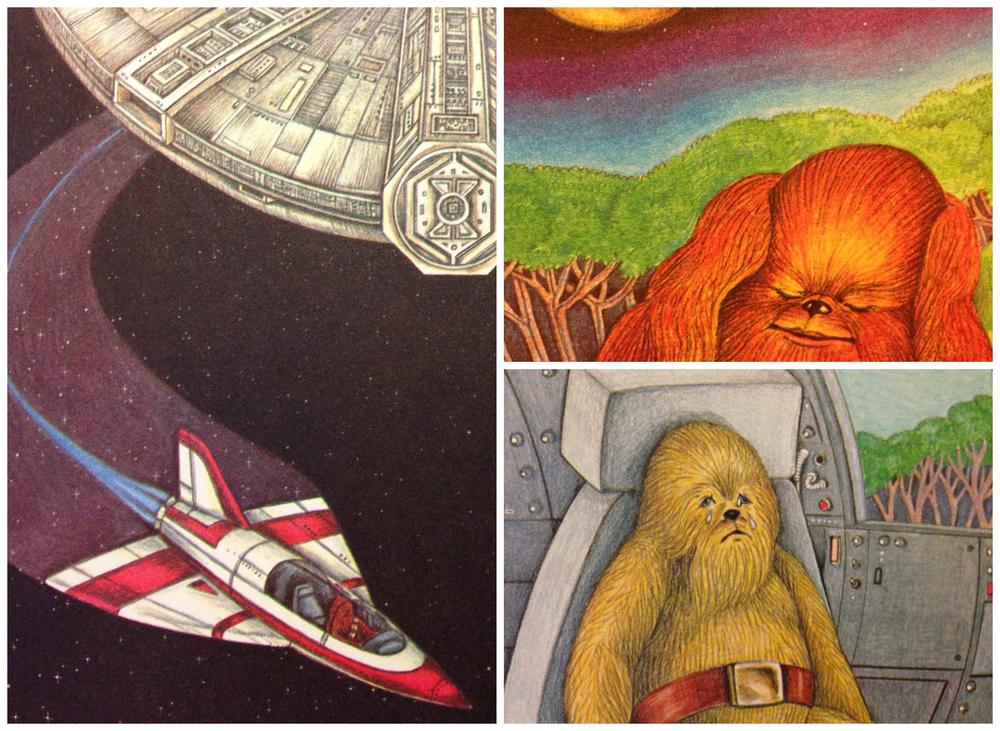 Chewie finds him, of course, and the story ends with a surprisingly sweet moment between father and son. But the revelations included in this 38-page book are monumental:

Clearly, this book is totally bonkers. But I absolutely love it for what it is: a window into a young Star Wars on the cusp of becoming a worldwide phenomenon. This is one of the seeds of the Expanded Universe, and even though Disney and Lucasfilm would happily disown this book (and the source material on which it’s loosely based), it shows just how far the franchise has come and how much it’s grown. 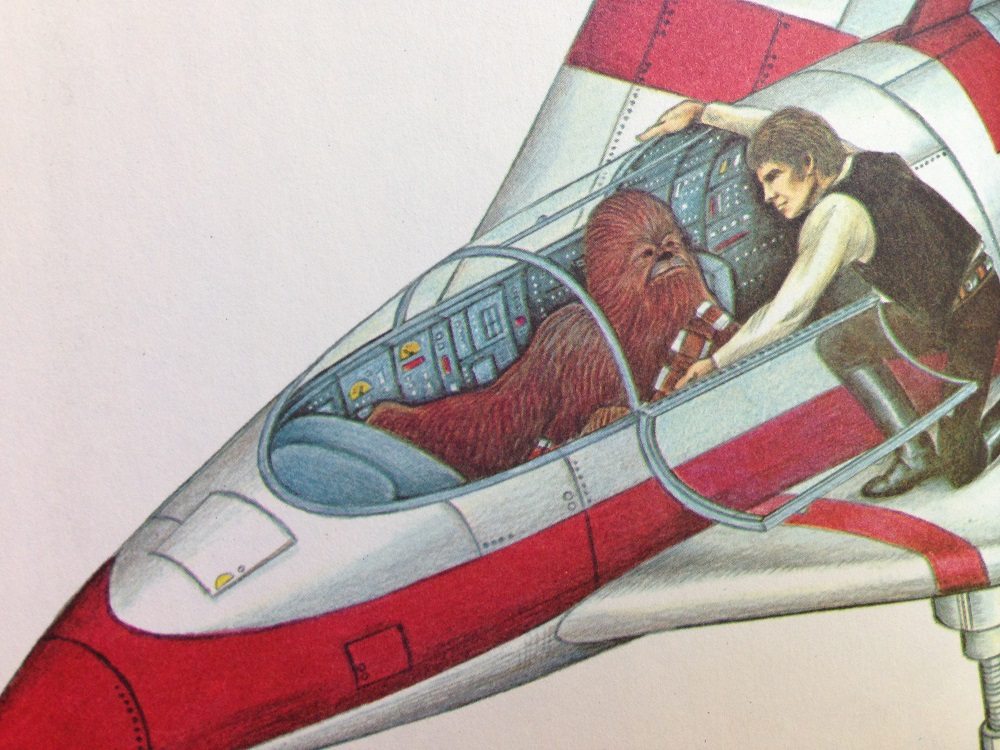