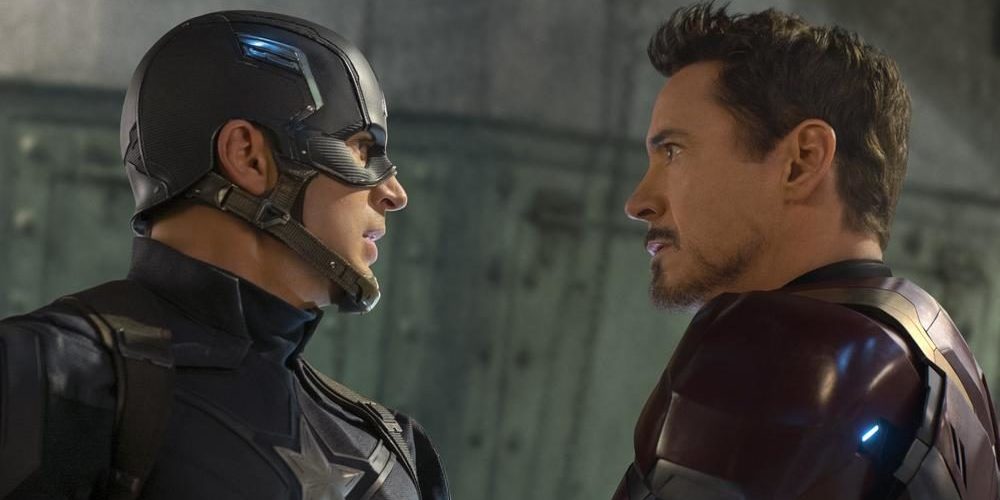 It is an amazing movie and I’d rate it as one of the best Marvel Cinematic movies, somewhere in the range of The Avengers and Captain America: Winter Soldier. My youngest son said it’s more like an Avengers movie than a Captain America movie and that’s fair enough. We certainly found it more coherent and fun than Avengers: Age of Ultron.

Essentially, it’s about the uses and abuses of power. But it’s also about the power of forgiveness and friendship.

Oh, right, the plot. I hate to give away some of it but something goes wrong on an Avengers mission to stop evil mercenaries from gaining a biological weapon in Lagos. That, combined with the other battles that have taken their toll on civilians, leads to a joint United Nations Agreement to put the Avengers under supervision/their control so Cap and crew don’t just go around fighting in whatever country there might be a problem.

The argument on Iron Man’s side of the Avengers needing some guidelines and control is presented better than I expected. Still, no one points out that, hey, the Avengers are hardly responsible for the alien invasion or that Hydra wanted to kill billions of people. (Sokovia is on them, yes.)

This leads to a schism between the Avengers and then the Winter Soldier is blamed for a horrific terrorist attack and things go south fast. “Catastrophe,” as Vision says.

Aside: I thought this might lead to Peter Gyrich but no such luck. And, no, it’s not much like the comic book Civil War at all. That’s apparent with what happens with Crossbones in the beginning.

Are There Any Sequences That Will Scare Younger Kids?

This is a more violent movie than even Iron Man 3. A lot of the violence and its aftermath is on-screen and there’s a particularly chilling sequence involving Tony Stark’s parents near the end of the movie. Parents of kids younger than 13 or those whose kids are scared by violence might want to see it first to decide for themselves. It’s brutal violence and scarier in some places because it’s more realistic.

But There Is a Great Deal of Humor

The movie isn’t grim by any means and the big Avengers fight sequence is funnier than it has any right to be, but I mean that it’s “fun” not silly or ridiculous. There’s also a scene with Spider-Man and Iron Man that’s hilarious. Our family has added Aunt Hottie to our lexicon.

Do you have to have seen Winter Soldier to Enjoy It? How About the Other Marvel Movies?

I would say ‘no.’ The movie is amazing in juggling so many characters, including an origin of sorts for Black Panther, plus introducing Peter Parker, and yet making it all coherent despite two red herrings in the plot.

But seeing the other movies does add to the experience. Oddly, Iron Man 3 is more relevant that I would have expected.

How much time is Spider-Man in it?

He’s a large part of the Avenger against Avenger battle and also in his civilian guise. So, yeah, more than Wonder Woman in that Warner Brothers movie, for certain.

When Is a Good Time Bathroom Break?

Argh. I couldn’t find one. I went after the big helicopter scene between Cap and Bucky that featured some of the most impressive biceps I’ve ever seen. But in doing so, I almost missed an entire Spider-Man scene. Hmm….maybe after Steve and Sharon rendez-vous when Steve is driving the VW bug. I only say that because the trailers give away the start of that particular Avengers battle.

Oh, so many. I’m fond of the bicep one (hey, they are that impressive) but, yes, Avenger vs. Avenger has got to be it. Second place is the final confrontation between Iron Man and Cap, but that’s brutal.

Are There Any After Credit Scenes?

Yes. Two of them. One concerns Black Panther and on focuses on Spider-Man and Aunt Hottie. The latter is at the very end of the credits.

Is the 3D IMAX Worth It?

I attended a press screening with my teenage twins and fellow GeekMom Karen. We all had mixed reactions to the 3D. It seemed jerky and blurry in the beginning. That settled down but there remained out-of-focus moments in the background when the camera centered on someone in the foreground. In particular, there’s a scene with Natasha and T’Challa talking with a crowd in the back and all those people are blurry. Maybe that’s always the case with foregrounds/backgrounds but the flaw is more apparent with the 3D.

IMAX? It was loud, as usual. I had a headache for a bit after the movie.

If you love 3D, go see it in 3D. If you mostly hate it or want to save funds, go see the 2D version.

But go see it. You may want to see it a few times, too. It’s that kind of movie.