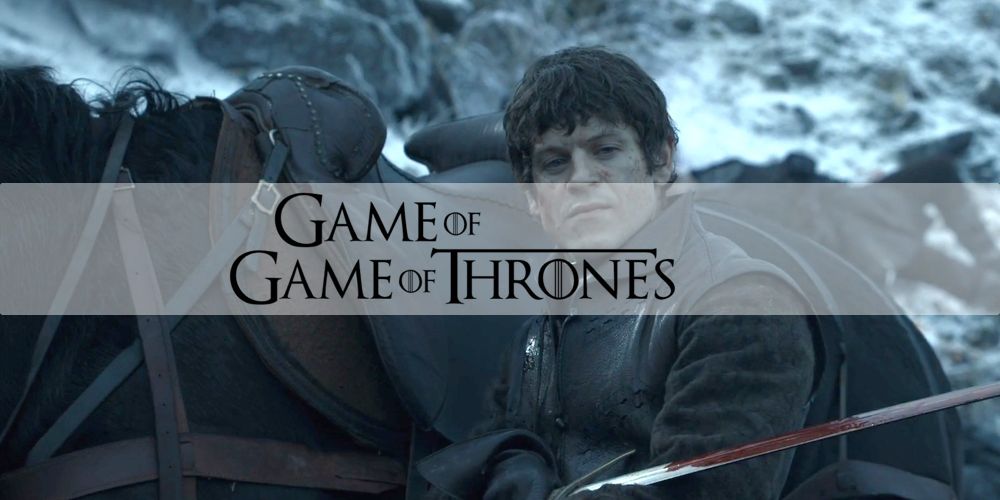 Fair warning: If you haven’t yet watched “Home,” the second episode of this season’s Game of Thrones, don’t read any further! Seriously! Ahead there be many spoilers.

This week the big winner in the Game of Game of Thrones was anyone who drafted Ramsay Bolton. Due to his brutal machinations at Winterfell, he logged a whopping 80 points for our small league’s oddly named America’s Team, who also racked up 10 points for the Three Eyed Raven’s new Max von Sydow look and 10 points for Tormund Giantsbane’s effortless dispatch of some random Crow. Although AT did lose 15 points for an apprehended Alliser Thorne, they still netted the winning total of 85 points for the week.

While I did not draft Ramsay into the ranks of my team, the beleaguered Harrenhal Halberdiers, I did pick up the unfortunate Roose Bolton, Ramsay’s coldly calculating father, so I managed to net 20 points from his surprising demise. But that also leaves a major hole in my offensive line. The rest of my 45 points came in from Ser Robert Strong with 10 points for a head-to-wall pulping and Tyrion Lannister with 15 points for the best line of the night: “I drink and I know things.”

No one watching (at least at our house) was surprised at the return of Jon Snow, a plot point which netted Arya’s Army 75 points — 50 for the resurrection and 25 for Melisandre’s use of magic.

Our fourth team, the King’s Landing Queens got robbed this week when they got no points for Davos Seaworth’s witty line, “I’ve never been much of a swordsman, so I apologize for what you’re about to see” (paraphrased by me). But the Queens did earn 10 points for Jamie’s verbal sparring with the High Sparrow and 30 points for the only “special teams” in play in our league this week–the Wildings–due to their plot-perfect assault on the opportunistic Alliser Thorne and his cohorts in the Night’s Watch. Although the Queens only earned 40 points this week, don’t count them out yet–they’ve got a strong Lannister offense and King Tommen wants his wife back something fierce.

We were all a bit surprised at the appearance of the undrafted (a gross oversight) Euron Greyjoy and equally surprised by the lack of any showing from Peter “Littlefinger” Baelish yet. But the season is young…

Check out Emily Yoshida’s episode recap with full points totals and the rationale behind them over at The Verge, and if you want to get in on the fun of being part of a Game of Game of Thrones League, head over to Fantasizr. There’s still plenty of time before the third episode airs on Sunday.