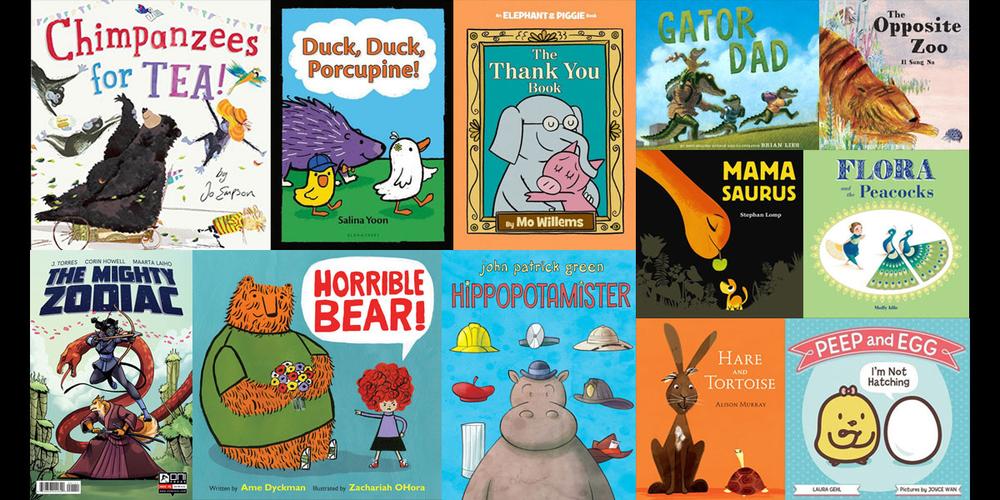 I just had a Stack Overflow recently about animals, but, you know, there are a lot of animals in kids’ books. So here’s another big stack of a dozen beastly books! 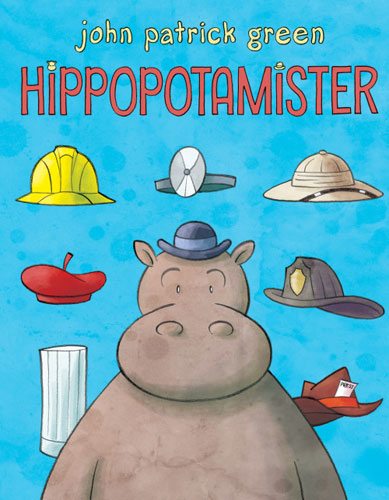 John Green (also known for Teen Boat!) has this new comic book for younger readers. Hippo lives in the old zoo, which is falling apart. His best friend, Red Panda, decides to leave the zoo and live among the humans, and returns often with stories about how great life is and how awesome his various jobs are. So, Hippo becomes Hippopotamister and goes out to find a job. What he quickly discovers is that although Red Panda has a lot of enthusiasm (“This is going to be the best job ever!”), he lacks the skills to hold a job for more than a day. Hippopotamister, however, seems to be really good at everything … but he just can’t shake the feeling that he just doesn’t belong in the world of humans. My least favorite part, though, is that Hippopotamister keeps getting fired along with Red Panda, but he continues to let Red Panda call the shots. I just felt bad for him. But overall the story is pretty funny, and it does have a happy ending. 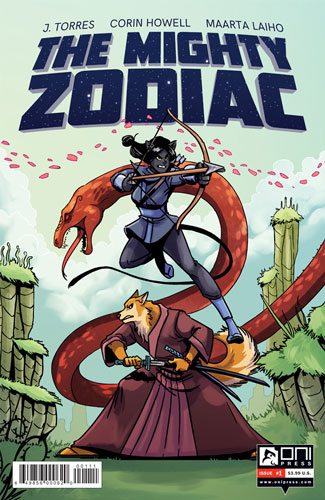 The Mighty Zodiac is a current comic book series from Oni Press—the first issue was released in April, and the second issue should be available this week. (I’ve only read a galley of the first one so far.) The story follows twelve animal warriors, representing the Chinese Zodiac, searching for six fallen stars, while an army of dark rabbits from the moon tries to thwart them. The first issue mostly sets up the story, introducing the animals as they are summoned by Master Long to bring the fallen stars to Twilight’s Bastion. It’s a neat premise and the first issue left me wanting more, but I have one major issue with the story: the cat. Maybe it’ll be explained in more detail later, but the cat is not actually part of the Chinese Zodiac; the rabbit is. Presumably, since the shadowy rabbits are the antagonists, they needed another animal to take its place—but it just seems wrong to see “The Mighty Zodiac” with a cat instead of a rabbit. I’ll need a little more convincing, I think. 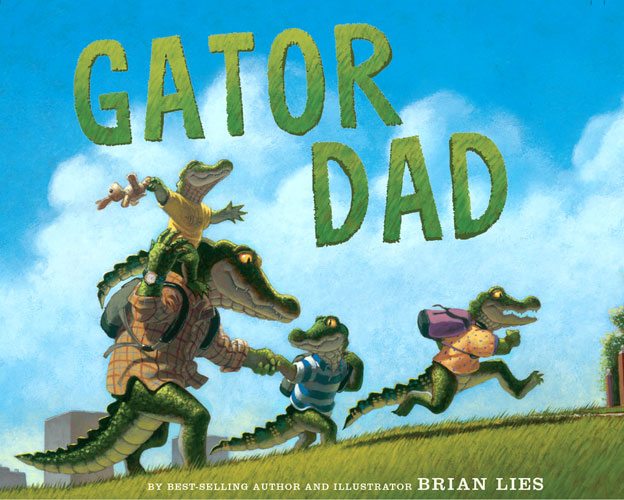 “Let’s squeeze the day!” says the gator dad in this picture book, and then he and his three kids go out and do just that. I’ve always loved Brian Lies’ illustrations (especially Bats at the Library) and I love this portrayal of a dad who is both capable (fixing breakfast, buying groceries) and silly (building a couch cushion fort, falling into a river). It’s a sweet story and the pictures are filled with fun little details. This could be an excellent story to read for Father’s Day. 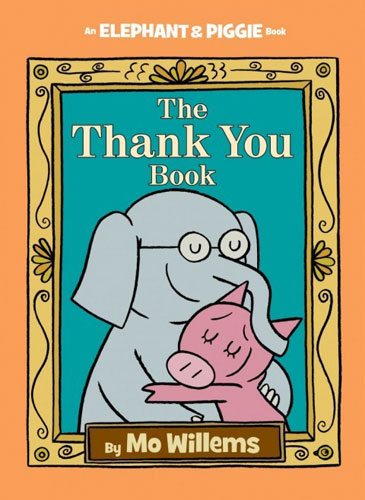 The Thank You Book by Mo Willems

The Thank You Book is the 25th and final Elephant and Piggie story by Mo Willems—in it, Piggie attempts to thank everyone who is important to her. But Gerald worries that Piggie is going to forget somebody, somebody very important. It’s a cute book—pretty simple, like the others in the series, and intended for early readers. There are some sly jokes (including one with the Pigeon), and the overall message is one of gratitude, which I appreciated. A fitting conclusion to the series. Thank you, Mo Willems! 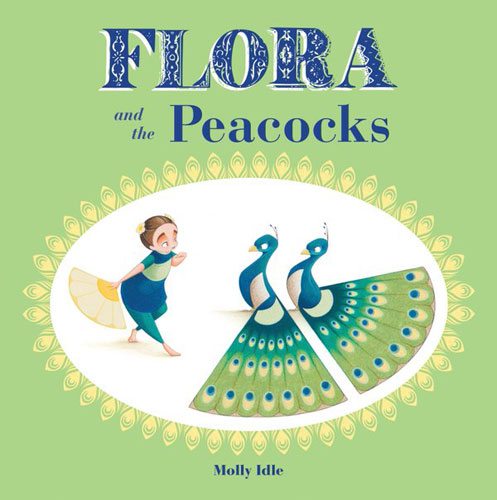 Flora and the Peacocks by Molly Idle

Molly Idle is back with her little dancing Flora, this time with two peacocks as dance partners. She has a fan that mirrors the peacock tails—but the peacocks get jealous of each other. The Flora books are beautiful to look at: there aren’t any words, just pictures with some flaps to flip to reveal the next part of the dance. I love Idle’s illustration style and these books really let her drawings take center stage. 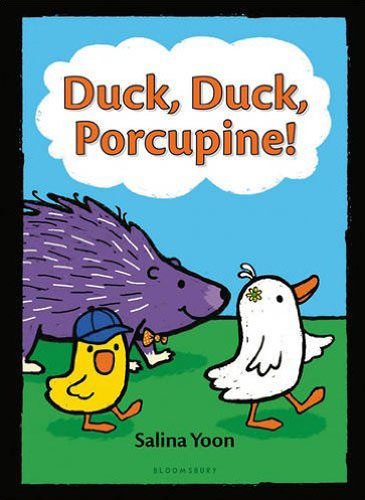 Salina Yoon is well-known for her Penguin books (and many others). Here’s a new trio of friends in a book that straddles the line between picture book and comic book. Big Duck, Little Duck, and Porcupine share three stories in this little hardcover book. In the first, a perfect day for a picnic comes with some rain—but Little Duck manages to make the best of the situation. In the second, Big Duck is trying to remember something, and Little Duck keeps interrupting her thought process. What could it be? And in the last story, the three prepare for a campout. Big Duck’s list seems a bit long. Most of the humor comes from the contrast between Big Duck (a talkative know-it-all) and Little Duck (silent but observant). 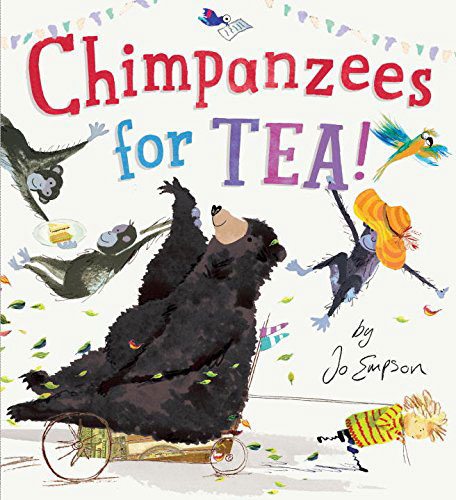 Chimpanzees for Tea! by Jo Empson

Vincent is sent out to the store for a bunch of carrots, a box of rice, some China tea, a big firm pear, a tin of peas … and he’s to hurry home in time for tea. But on the way, he loses the list and tries to rebuild it from memory. Unlike the little girl in the classic Sesame Street cartoon, however, Vincent can’t quite get all the details right. Was there a “big furry bear” on the list? And what was that about a “branch of parrots”? With each turn of the page, Vincent’s list gets a little wackier. (Really, I think this may be kid-sponsored propaganda trying to convince parents not to burden them with simple chores.) 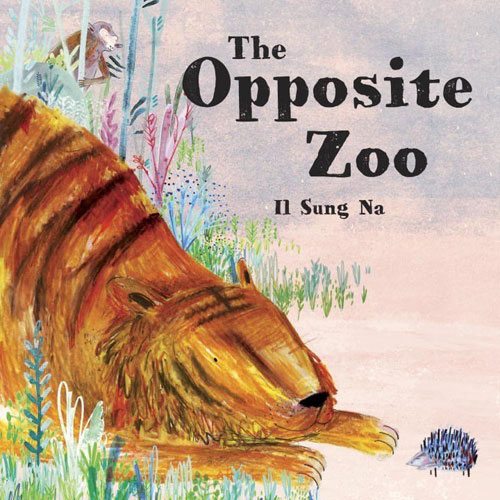 The Opposite Zoo by Il Sung Na

The zoo is closed—but the monkey cage is open! The monkey travels about the zoo, seeing animals that are awake and asleep, shy and bold, slow and fast. There’s not a storyline here, but just some fun illustrations of opposites, as represented by various animals. Cute! 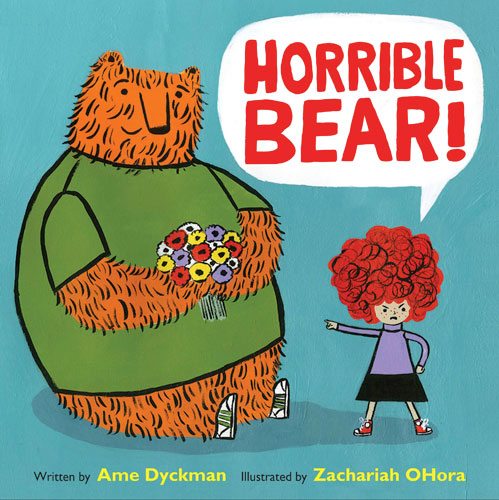 When a little girl’s kite flies into Bear’s cave and he accidentally rolls over it, she calls him a “horrible bear!” and storms out, stomping all the way home. Bear didn’t think he did anything horrible, but the more he thinks about the situation, the angrier he grows, until he’s ready to go down and confront the girl. But meanwhile, the girl is slowly coming to the realization that maybe Bear wasn’t so horrible after all. The resolution of the confrontation may be a little too quick to be believable, but i do think the story teaches an important lesson about looking at things from somebody else’s perspective. Who’s the “horrible bear” in your life? Maybe we could all use a step back like this from time to time. 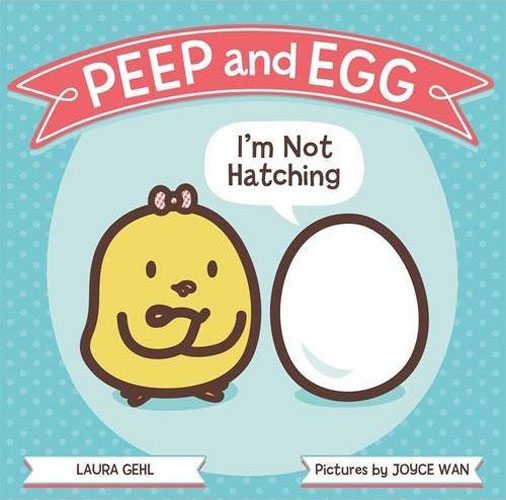 Peep and Egg: I’m Not Hatching! by Laura Gehl, illustrated by Joyce Wan

Peep just wants Egg to hatch so they can go out and have fun: there are puddles to splash in, walks to enjoy, and stars to count. But Egg is having none of that: too wet, too far, too dark … and on and on the excuses go. Will Peep think of something that can finally convince Egg to come out of the shell? (Spoiler alert: yes, but what is it?) Peep and Egg is great for toddlers because of the repetition and pattern, and the bold illustrations are terrific. 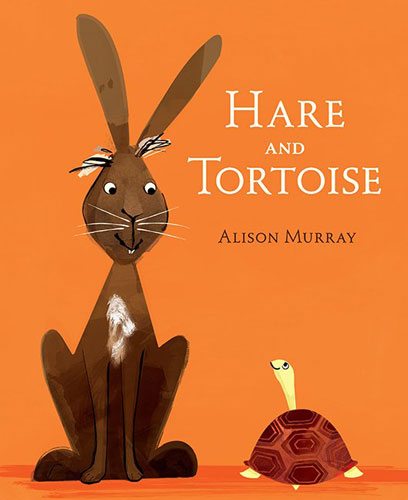 Hare and Tortoise by Alison Murray

This is a retelling of the familiar fable—there’s no secret twist or anything, just a new presentation that mixes stories with little diagrams, like introducing the hare and the tortoise with some PowerPoint-like bullet points. Although I’ve heard the story countless times, it was still a new book to my toddler, and it’s still a pretty good lesson. Slow and steady for the win! 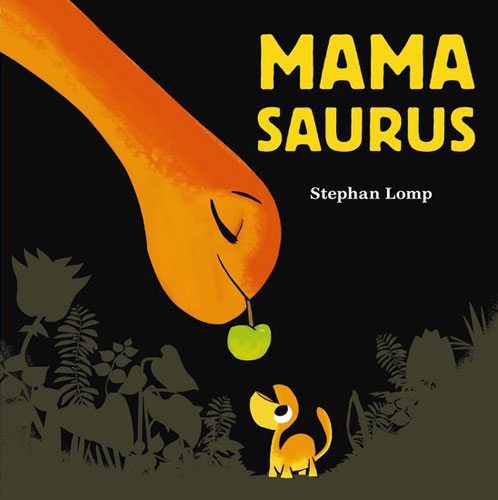 Little Babysaurus slips off his mama’s tail and into the forest, and then tries to find her. As he questions the various dinosaurs in the forest if they’ve seen his mama, we learn a tiny bit about other types of dinosaurs. It’s a little bit like a dino-themed version of Is Your Mama a Llama? So the story doesn’t feel entirely original, but I like the cute illustrations anyway.

Disclosure: I received review copies or galleys of the books reviewed in this column. 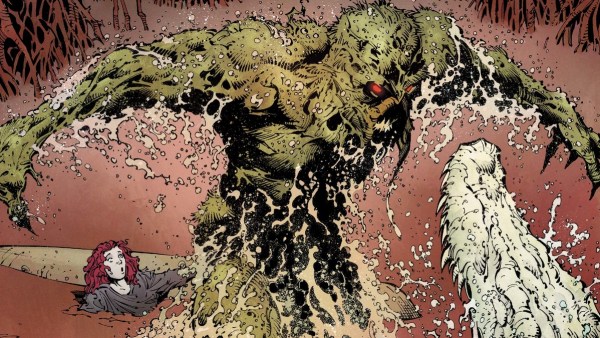