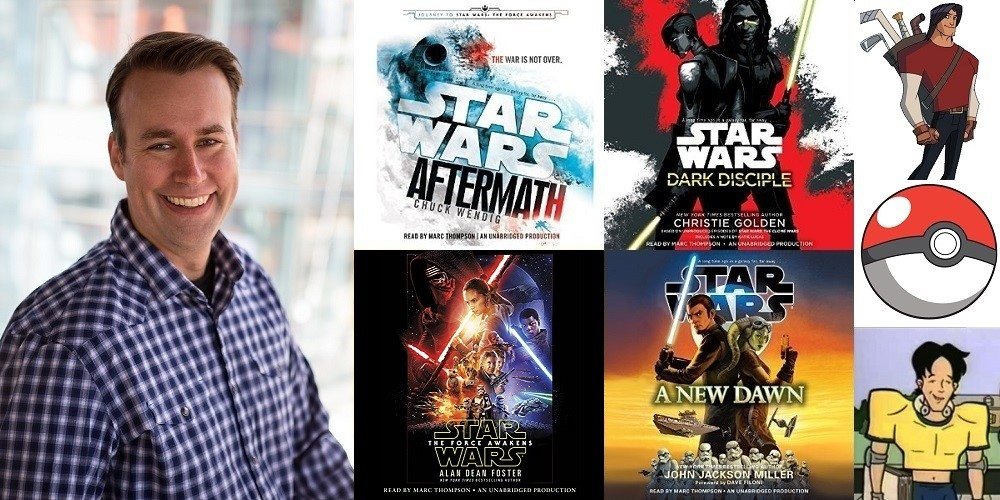 This week, we welcome voice actor and audiobook narrator extraordinaire, Marc Thompson, to the show. And to call him extraordinary is not an understatement. Marc has not only voiced hundreds of characters across an impressive variety of animated shows and films, he’s also narrated more than 40 Star Wars audiobooks, including almost all of the novels that comprise the “new canon.”

In animation, he’s most prolific as the voice of dozens of different Pokemon over the past 15 years. He’s also Casey Jones on the 2003 incarnation of Teenage Mutant Ninja Turtles, Bizarro on DC Super Friends, Cobra Commander on GI Joe: Sigma 6, and Kevin Thompson on MTV’s Daria.

Despite all of that, it might still be in the audiobook world where he really shines. His 40+ Star Wars books include the Legacy of the Force series, Fate of the Jedi series, Timothy Zahn’s original Hand of Thrawn trilogy, and several other titles – all of which are now part of the non-canon Legends. Since Disney and Lucasfilm rebooted the Star Wars canon, he’s narrated almost all of the YA and adult titles, including A New Dawn, Dark Disciple, Aftermath, The Force Awakens, and the YA retellings of the original trilogy.

On this episode, we chat with Marc about how he ended up on Daria at the beginning of his career, keeping all of the Pokemon straight, and the importance of maintaining consistency among characters across all of the Star Wars books. He also pulls back the curtain a bit on how audiobooks are made, and we talk about the perceptions people have about audiobooks (both positive and negative).

Stick around to the end, since we round out the episode by putting Marc on the spot for some impressions. We dig deep for some obscure characters and actually stump him with one. Can you guess who it is? 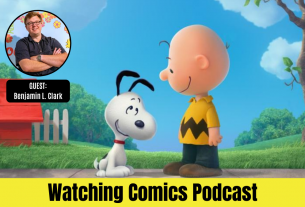