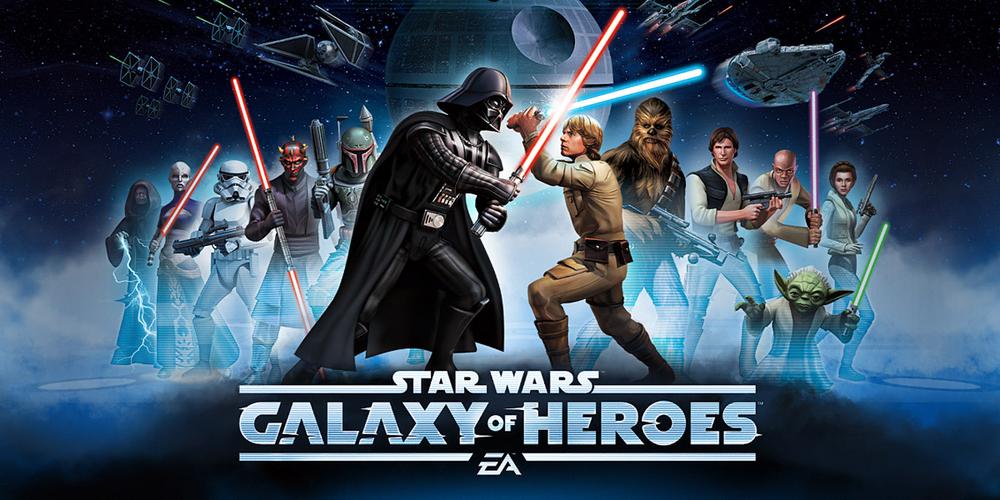 As a quick catch-up for those new to Star Wars: Galaxy of Heroes, the game is a fun squad building and fighting game. Through advancement and challenges, you can unlock characters from all over the Star Wars universe (I have Asohka and Rey on the same team) and battle it out against the AI to level and gear-up your team to earn more rewards and unlock more characters. It’s a really fun way to play in the Star Wars universe and can be played for just a few minutes at a time which makes it perfect as a commuter game.

Although there has been the ability to add allies and borrow characters from other players, Star Wars: Galaxy of Heroes has really been a single-player game until now. For those of you who enjoy a good single-player game, don’t worry as you won’t be losing any of the great single-player fun, but this new huge update brings a ton of multi-player functionality to the game.

The first major addition to the game is Guilds. Guilds will allow players to create or join guilds to team up, chat live with each other, and earn epic gear and rewards from guild-only challenges. There will be plenty of Guild management as well for Guild creators allowing for custom logos, officer promotion, and more. Guilds unlock when a player reaches level 22.

The next major part of this update is Raids. The Pit is going to be the first in a series of multi-tier Raids that will continue to grow over time. This first one will give players the chance to battle against the Rancor! There will be plenty of difficulty levels and reward levels for players of all skill levels. Raids also unlock at level 22.

Lastly, three new unlockable characters are being added to the game.

One item to note for players new to Star Wars: Galaxy of Heroes, it does require an active internet connection to play. Even in the single-player version of the game, a lot of information is live (allies, characters you can borrow, what is available in the store, etc.) but with the multi-player additions, a live connection is even more critical.

Are you already playing Star Wars: Galaxy of Heroes? What’s your favorite character or squad build-out? Are you excited about the new update? If you passed on the game because it wasn’t multi-player, are you going to check it out now?

Moto G7 Is the Family of Phones for Your Family