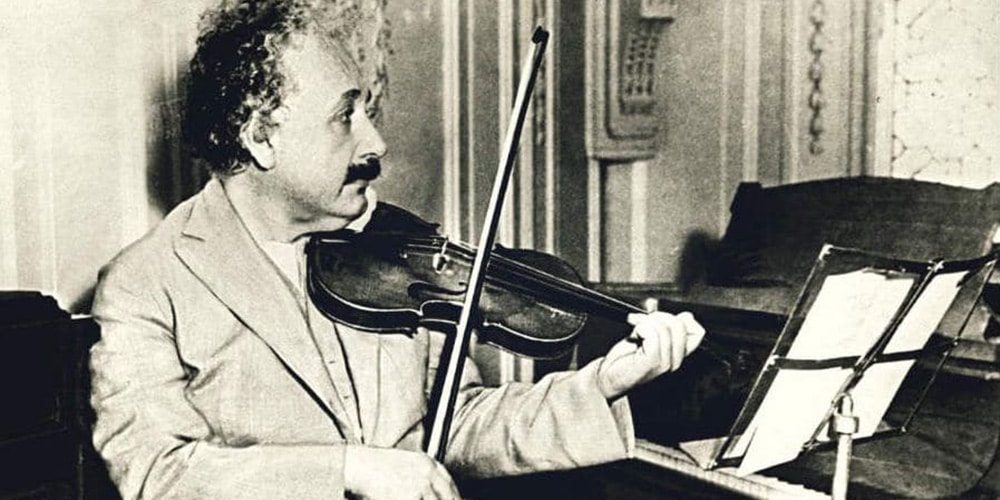 In 1991, I had just graduated with a bachelor’s in Animal Science, and was cleaning out stalls for an area veterinarian in the mornings, waiting tables at a comedy club most nights, and working as an overnight disc jockey on the odd weekend.

I hadn’t yet decided to go on to graduate school, and was, at least for that summer and one semester to follow, lacking a “calling.”

I only knew I wanted to continue with a higher “fallback” degree in some type of animal or biology-related science, but try to pursue a career in the arts or journalism. When I continued with my Master of Science, I joined the campus radio station, newspaper, dabbled in radio theatre, and even joined the local “contemporary stage band” my final semester. I loved the sciences, but was more in tune to the arts. The disciplines of science and music, in my mind, worked well together.

Of course, this lofty and slightly off-center opinion was met with equal sneers from my fellow science majors and extracurricular arts participants, but is it really such a weird marriage?

Think about it. The innovation of various sciences can be a beautiful art form, and there is an almost mathematical science to composing a musical masterpiece.

I was really thinking about this in 1991, when I ran across a CD by a classical pianist named Richard Kastle. He played straightforward classical standards, but his gimmick was his Harley-riding punker look.

The label bore the warning: “Parental Advisory: This album contains classical music, no lyrics whatsoever.” I liked that, and I purchased the CD.

This punk-meets-classical angle gained him some good attention over the next few months, and while some found him original and refreshing, others found him to be a hack. I’ll leave that decision to the individual listener, but there was one thing about Kastle’s CD, Streetwise, that I really found intriguing: an original piano piece called “Batcave at Dusk.”

“I saw a news program in which the reporter interviewed a guest who had taken a video camera into a batcave in South America,” Kastle wrote. “The footage inspired me to compose a piece about bats in their environment.”

This stuck with me, because it combined my own fascination with animals with my life-long love of music.

If I had heard this song when I was a kid, I might have been more serious about my musical training, and be more of a refined guitar player rather than the mediocre enthusiast I am today. However, this classical soundtrack helped me remain in the animal-related science towards an advanced degree. In short, it worked. Science and music worked together to helped me towards a goal.

The world’s most famous theoretical physicist, Albert Einstein, was a music lover and amateur musician. He traveled everywhere with his violin (he called “Lina”), and even performed some benefit concerts. Reviews of his musical talent were mixed at best, but he often cited Mozart as an influence and inspiration, his musical harmony mirroring Einstein’s own work in understanding the physical nature of reality.

“Life without playing music is inconceivable for me,” Einstein once said, according to an article in the educational site Open Culture. “I live my daydreams in music. I see my life in terms of music… I get most joy in life out of music.”

He loved violin sonatas, and admired Beethoven and Bach, in addition to Mozart. Apparently, however, he wasn’t too crazy about Debussy or Wagner.

In “Los Planetas,” Holst explored seven extraterrestrial planets of the Solar System–before Pluto was discovered, then demoted–and gave each planet it’s own movement and personality. Mars was the warrior, and Venus the peacemaker. Mercury was the winged messenger, Uranus a magician, and so on. Holst wanted to convey each planet’s emotional appeal, rather than just the Roman deities for which they were named. Holst’s work was influenced more on astrology that actual astronomy, and but that doesn’t make the allure of wanting to travel beyond the stars, and learning more about them, any less powerful.

A fun video interpretation of this piece was done by children’s show hosts Dick and Dom of CBBC fame for the U.K. educational music program, Ten Pieces. A link the video can be found on my GeekMom post about Ten Pieces and its secondary grade counterpart, Ten Pieces II.

Beethoven lived in the “big city” of Vienna, but often got away from it all by taking countryside strolls and retreating to rural workspaces. He loved the natural world around him, from the meadows and streams to the changing of the weather and the time of day. This was his inspiration of his Symphony No. 6, more commonly known as the “Pastorale,” the Pastoral Symphony. Consisting of five movements, this piece travels through a day in the country, starting with an Awakening of early morning, a Scene by the brook, and a happy gathering of country people. It later takes a darker tone as a thunderstorm rolls in, but concludes with the peaceful “after the storm” feeling and Shepherd’s Song. Not only did Beethoven use instruments to depict natural sounds of water, rain, and wind (or “storm instruments”), but also for regional animals, especially birds.

Now, here’s the test for true music and nature lovers: try to listen to this piece without picturing Walt Disney’s mythical interpretation from his 1939 film, Fantasia.

This piece was commissioned by the Minister of the Interior of France to remember soldiers of the Revolution of July 1830, but it wasn’t completed for seven more years. Sure, many composers have a Requiem to their credit, but there’s one thing about Berlioz’s piece young medical minds might find interesting, including those wanting to be part of the world of forensic pathology. Berlioz studied medicine. Well, at least for a short time. Despite writing small musical pieces as early as 12, his parents sent him to Paris after high school to begin his studies in medicine. He had no interest in practicing it and was disgusted by human corpses, much less having to see them dissected. Three years later, he went against his parents’ wishes and concentrated on music. His Requiem is one of his most famous works, despite his distaste in the subject of corpses, and he even revised it two times, the second only a couple of years before his own death. I guess that’s what we call ironic.

Zoology: “The Carnival of the Animals” by Camile Saint-Saëns (1886)

This is the most obvious of selections, but would be a shame to leave it out. Animals and nature influenced so many writers, artists, and composers (and still do today), but there is no piece so perfect for animal lovers of all ages than a 25-minute work that incorporates and entire zoo’s worth of animals, from mammals (wild asses, lions, elephants, and kangaroos), reptiles such as tortoises, an aquarium’s worth of fish, and fowl swans, hens and roosters, cuckoos, and an aviary, not to mention pianists. There was also a movement on fossils that could easily make paleontologists happy. Saint-Saëns wrote this piece after a less-than-successful concert tour, and had so much fun doing it he put off working on his Third Symphony. He gave a couple of private performances of the work, but he made sure it wasn’t published until after his death, so he could maintain a reputation of a “serious composer.” He died in 1921, and first public performance of the piece was in 1922. Serious composer or not, “Carnival of the Animals” is one of it’s one of Saint-Saëns most famous pieces, and music teachers–and kids–love it.

Meteorology: “The Four Seasons” by Antonio Vivaldi (1725) This is four-part violin

This four-part violin concerti is known as a “le quattro stagioni.” Each of the four parts, of course, represents a different season of the year, and is actually associated with a larger work called “The Contest Between Harmony and Invention.” I debated choosing a less obvious selection for this field. Charles Giffes’s “Clouds” is also a good choice for weather-related music. However, “The Four Seasons” is a more complete all-weather, year-round piece. Plus, there’s an amazing variation on it, the “New Four Seasons,” by another punk-meets-classical performer, violinist and violist Nigel Kennedy. This one definitely worth picking up.

At first glance, one would think I chose this selection because it is part of the opera Prince Igor, which immediately conjures images of a mad scientist’s in the lab. Not even close. I chose a piece by the Russian composer Borodin because Borodin was a chemist and a doctor. Despite being known for his symphonies, operas, and other works, including the popular “In The Steppes of Central Asia,” music was only his secondary career. He was first and foremost a chemist and physician. He is credited as one of the discoverers of the Aldol reaction, he spent a year as a surgeon in a military hospital, and lectured extensively. As an advocate for women’s rights, he helped establish medical courses for women in the 1870s in St. Petersburg.

Unfortunately, his own knowledge in medicine couldn’t help him, as he died of a heart attack at age 53 while attending a ball. Even so, Borodin is a true example that one can become proficient in both science and music.

I hope this list will encourage others to look for new ways to combine musical note-making with scientific note-taking, because there is one beautiful thing the marriage of these two disciplines will always spawn: imagination. 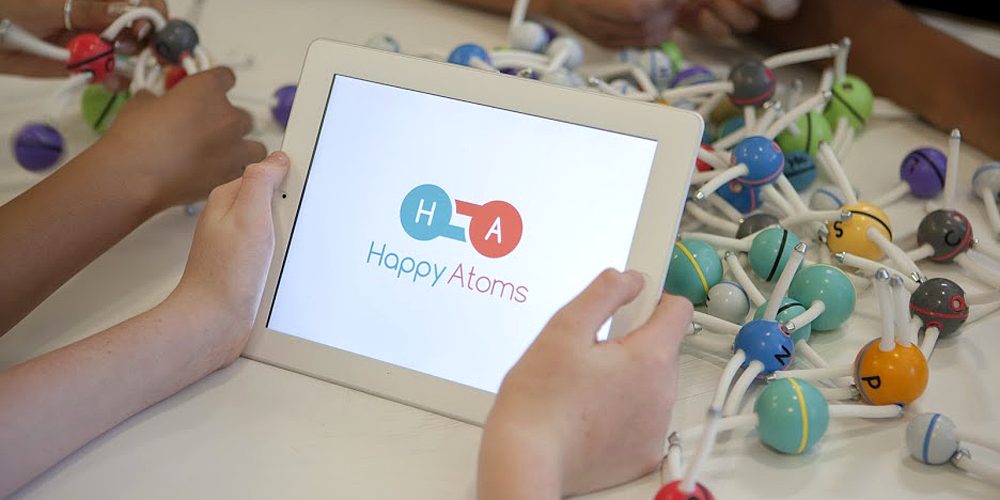 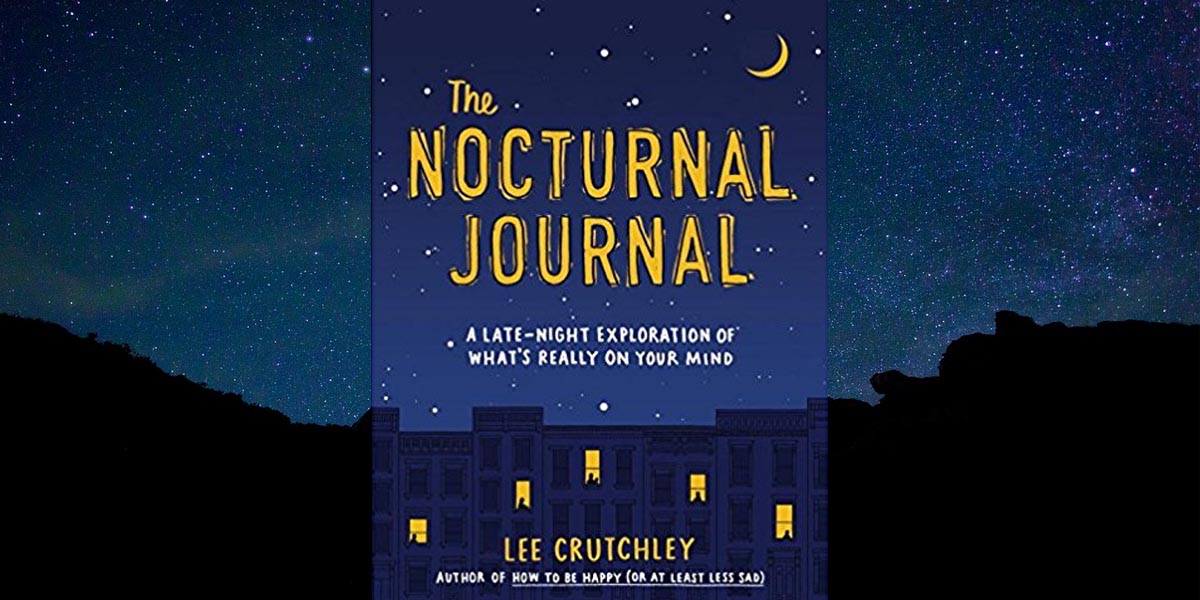 2 thoughts on “A Classical Music Soundtrack for Scientists”