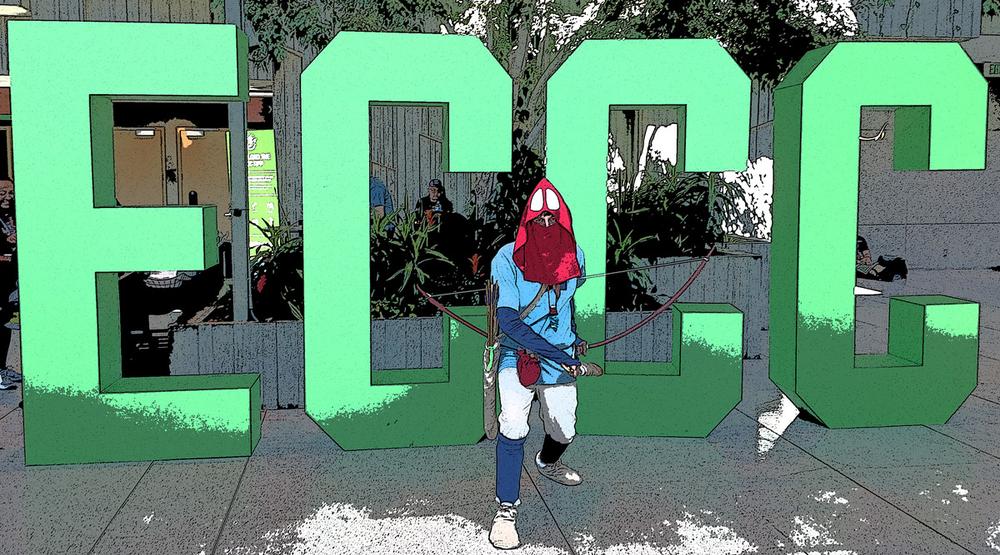 As I’ve mentioned in the past, Emerald City Comicon is my favorite con of the year, and this year was no exception.

In addition to our normal father-and-son ECCC tradition, going to panels, and checking out the amazing cosplay, this was my first year wearing a complete cosplay I built from scratch from the ground up and it was my first year covering ECCC as press. Both of these additions enhanced my overall experience and added to the convention. Without further ado, here is my ECCC recap!

Although it wasn’t technically part of Emerald City Comicon, Image Comics did have their own event, Image EXPO, the day before ECCC started. Held in conjunction with ECCC and ReedPOP, it was a nice low-key way to start the con weekend. You can read about it in more detail in my write-up from last week.

This was the first year ECCC started on Thursday, adding one extra day (even if partial). I thought it would be an excellent, low-key day to take my son and get the lay of the land, and, fortunately, I was absolutely right. Thursday afternoon and evening was the least crowded part of the whole convention, which was the perfect way to ease in to the weekend. A GeekDad reader asked me about it, and, for those of you with kids on the spectrum that may have a hard time with the usual con experience, Thursday would probably be an excellent option–less crowds, less noise, etc.

After walking around the floors and the exhibit hall to get our bearings, we decided to head down to Family HQ. Family HQ is a whole floor of the convention dedicated to kids and families. The majority of the space was dedicated to LEGO, with several life-sized Star Wars creations (Darth Vader, Kylo Ren, and Captain Phasma), several building tables, and a large collection of really cool LEGO builds from different building groups in the area. There was also some kid’s programming–Star Wars and some from the Pacific Science Center. And Owen’s favorite, a display from Seattle Public Library full of books and beanbag chairs. We sent quite a bit of time just sitting while Captain Owen flipped through the library books.

Lastly, Thursday was the first day finally wearing my “final” Ashitaka cosplay. I’ll be doing a full, detailed write-up about it so won’t go in to too much detail, but I wanted my cosplay to progress over the weekend, so on Thursday, just as at the beginning of Princess Mononoke, I had my hair up in a bun and had no curse.

On Friday, I chopped off all my hair just like Ashitaka did when he left his village, and gave myself a little bit of the curse. I spent a lot of time walking around in my cosplay on Friday. It’s a really awesome feeling when people recognize your cosplay, want to take your photo, and compliment your hard work. It’s also really fun running in to other people cosplaying as characters from the same movie, show, comic, etc. I even ran into a really cool San (who I ended up running into the entire con and doing lots of pics with).

I only made it to one panel on Friday–The Vertigo Spotlight. The audience was treated to a bunch of sneak peeks into upcoming issues of some of the ongoing series along with some news about some new ones and the direction Vertigo is going compared to the newly announced DC line Young Animal.

I also spent time visiting a couple of my favorite artists–Megan Lara, Molly Lewis, and Nathan Fairbairn. It always nice to take a second to chat with people whose work you admire from afar! I’m really excited about Fairbairn’s new upcoming series, Lake of Fire from Image Comics–historical medieval fiction plus aliens!

After a break to run home, have some family time, and change into normal human clothes, I then headed to The Triple Door for the Jonathan Coulton and Paul & Storm show. I was lucky enough to have gotten onto the guest list, but I would happily have paid to see this show. Whether or not you are fans, if you enjoy funny nerd music and humor, do not miss an opportunity to see these guys live! There were even two surprise guests who came on stage a couple of times–Angela Webber from The Doubleclicks and Molly Lewis! It was such a blast. Please, please, please go see their shows whenever you can.

On Saturday, for my own cosplay, the curse spread across my hand and up my arm a bit.

I then spent some time walking around looking at more cosplay. I ran into these awesome Great Forest Spirits from Princess Mononoke and San from Friday and so we formed an impromptu cosplay group and walked around together a bit and had a ton of photos taken of us. It was so much fun!

I was so busy running around that I ended up getting to two cosplay panels too late. They were both full and I got turned away. On the bright side, cosplay is getting so popular. And the more cosplay at a con, the more fun it is!

I then got an amazing opportunity to interview some of the cast and the showrunner for Powers the series. I’ll have a full write-up about that coming soon! (Yes, I interviewed them in my cosplay!)

After the interviews, I raced over and managed to get in to the third cosplay panel I wanted to attend–Cosplay Like a Pro. This panel featured some of the best armor and prop makers in cosplay–Bill Doran, Eric Jones, Ryan Wells, Garrick Backer, Rawrbomb, and Beer Money Props. All of these folks are super talented and answered a ton of audience questions. If you’re going to a con and see any of them on the schedule, go check them out. Not only do they provide a lot of great info, they are also really friendly and helpful.

After the panel, I headed over to do an interview with Jonathan Coulton and Paul & Storm about JoCo Cruise.

I finished off the day by attending the Western Championships of Cosplay. Although I didn’t expect to win, I was disappointed not to get approved to be in the contest. That being said, As I watched everyone come on stage, I picked out my two favorites. One of them, an amazing Vampire Hunter D, didn’t win any prizes. I really thought she should have been a winner. The other, Allison Jakes by Allie-Rose Marie ended up being the grand prize winner and the winner of the Western Championships of Cosplay. She’ll go on to compete at C2E2 in the World Championships. Her cosplay was amazing and she truly deserved it!

The final day, my curse had spread up my neck and across my chest. Also, Captain Owen came with me again and wore his cosplay this time–a kodama from Princess Mononoke. We spent a lot of time at Family HQ again. We also walked around outside and looked at cosplay. He loves finding “characters” and taking pictures with them.

He even made me take his picture individually with each of the R2 droids. We finished off the day making our annual con souvenir purchase. This year he chose a Funko POP Tusken Raider bobble head. I have no idea why, of all the possibilities, he wanted it, but he made up his mind and was adamant, as well as very happy post purchase.

To wrap up, here is a handful of my favorite cosplay from the floor.

I’m already looking forward to next year and another father-and-son cosplay. No, we don’t know what it will be yet, but I think next year will be the first time Owen gets to decide for us! 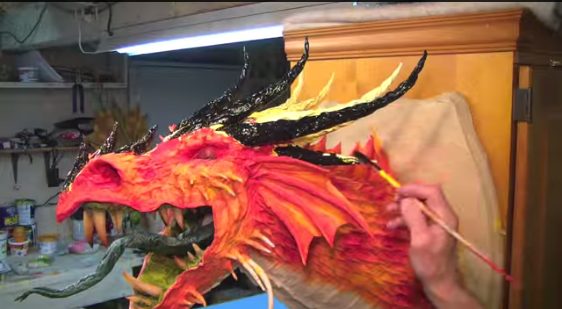