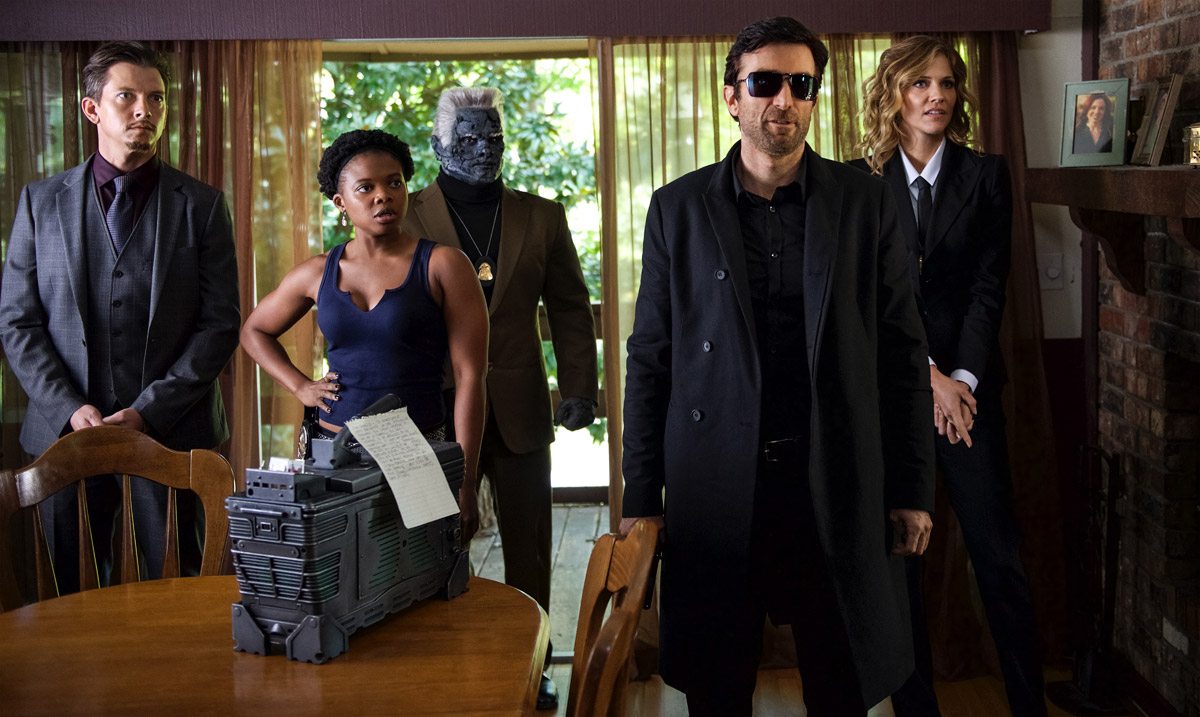 The Playstation Network has released the official trailer for Season Two of Powers, and fans are in for a real treat!

Powers Season Two is based on the premiere storyline of the comic series, Who Killed Retro Girl? Spoiler alert: this season starts off with the death of Retro Girl! Season Two will premiere on May 31, 2016, on the Playstation Network with the first three episodes available initially and each subsequent episode released weekly. There will be ten episodes in Season Two.

I really like that the entire season isn’t being made available all at once to help control the experience a little bit and prevent binge watching (unless you wait until they are all available). There is definitely something to be said for watching and digesting an episode, especially with a series this intense, versus binging the whole thing.

Sharlto Copley and Susan Heyward return as our main protagonists, along with Olesya Rulin, Justice Leak, Logan Browning, and Michelle Forbes. There are also several great new additions to the cast in Tricia Helfer, Michael Madsen, Enrico Colantoni, and Wil Wheaton. And let’s not forget to mention that Jonathan Frakes directed some of these episodes!

I am looking forward to the next and future seasons of Powers. Check out the trailer! And if you haven’t seen Season One yet, you can grab it on Blu-ray!

A Google-a-Day Puzzle for July 15