Nerd Block has teamed up with ReedPOP to produce some convention exclusive Nerd Block boxes, and the Emerald City Comic Con box was just released today!

Each con exclusive box will be a limited run (2500 for the ECCC block) and ship before the convention so that you can sport your gear at the convention itself. The ECCC box is $39.99 plus shipping and promises to contain over $90 worth of merchandise including eight collectibles and an officially licensed t-shirt designed by ShirtPunch.

The ECCC Nerd Block is sure to sell out (as did the C2E2 block), so grab yours ASAP!

To read more about the quality and contents of other Nerd Block boxes, check out GeekDad’s recent article about Nerd Block. 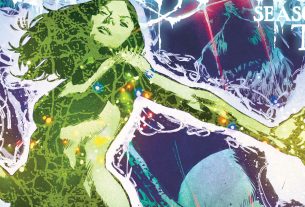 Review – The Swamp Thing #15: War of the Parliaments