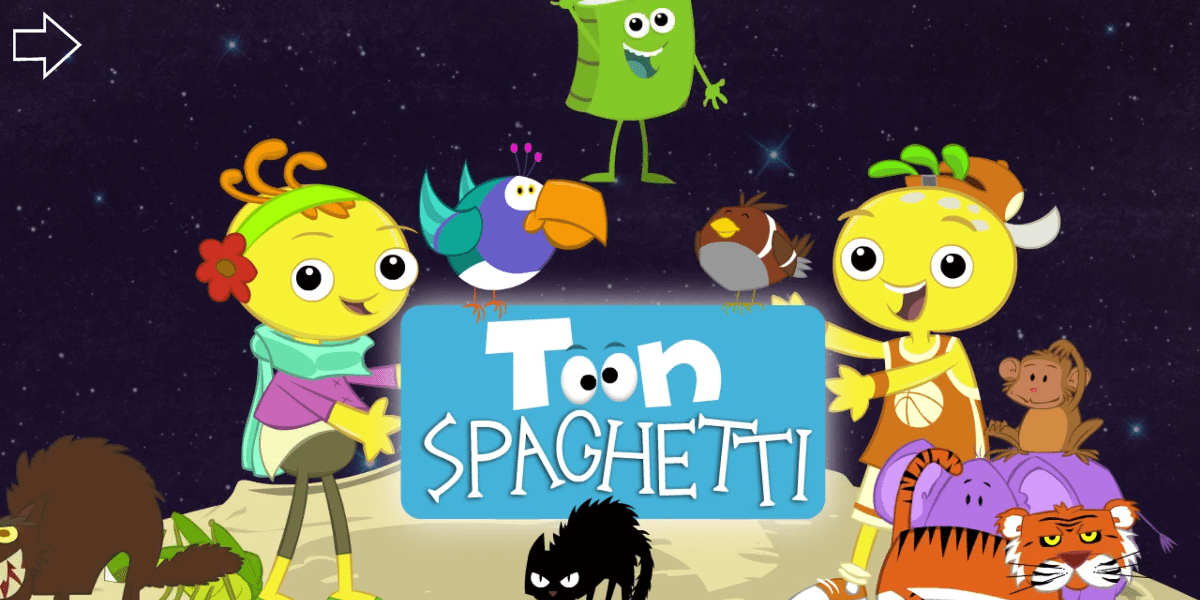 Story Lab is the latest offering from educational software studio TechSpaghetti. Designed for children ages 5+, Story Lab is intended to expose pre-readers and young readers to story elements, such as mood, via interactive media.

How does Story Lab work? First, users must choose a character, either male or female, from the two presented. Choice of avatar has no meaningful impact on the gameplay beyond this point, so children can pick whichever appeals to them and still have the full Story Lab experience. With a single female narrator throughout, it truly makes no difference which gender your child selects. The narration is inviting and with appropriate inflection throughout for young users, varied by what is happening in the story at any given time.

Once a character is selected, users must choose between one of four story planets to explore. Only the first planet is included in the free download, with the remaining three planets available as individual in-app purchases or as a bundle. Each planet has its own unique visual appeal and its own storyline. Your selected avatar moves across the planet’s surface and performs the action of the story beats, with the narrator providing the voice-over. Occasionally the narrator will pause and prompt the user to interact with the story in ways that promote comprehension and creative engagement with the story.

I had two concerns with this part of the app, one which proved to be unfounded and the other a legitimate issue. First, I was concerned that some of the segments were going to be too long, potentially losing younger user’s attention as they move from one user interaction to the next. However, my six-year-old had no issue staying entertained and engaged with the story as it was read and performed by her avatar. My second concern is that the story doesn’t change. Each time a user visits a particular planet, he or she will encounter the same story, diminishing the app’s replayability.

When the story pauses, users are asked to perform one of a series of tasks based on the snippet they just heard and watched. Some pauses will ask for multiple instances of a single action, others will mix an match actions from the list below.

The first action is matching one of three musical selections to the mood of the story snippet. Users can listen to each, then select the piece of music that most appropriately reflects the mood of the story. An issue that we encountered time and again is that the music pieces are–while beautiful–remarkably similar in many instances. Which piece is more “mysterious” is subjective, but users are forced to select a single “right” answer from the three. The app does prompt the user with clues when the “wrong” musical piece is selected, making the guessing game a bit easier on the next selection (and there must be a next selection, a “right” selection, in order to continue). I feel that this limits the personality and personalization the child can put into the story.

Another action is to match Ugo’s expression to the mood of the story. Users must select from one of three facial expressions. This is decidedly more straightforward, as the expressions are less ambiguous than the musical cues. Like the musical selection activity, users must select a correct answer. If a wrong answer is selected, users are prompted with a clue as to why the selection was incorrect, helping them make a better guess the next time.

A third activity is to add up to four pre-recorded sounds to the story. These can be anything from the sound of swarming bugs to tiger roars to space shuttle warbling. The included sound effects, like the musical pieces, are captivating. This is one piece where the user can really interject some individuality into the story, as they can choose not to include any sound effects or up to four different effects into a particular segment of the story.

Additionally, there are breaks where the user is asked to use their device’s microphone and record their own sounds. While great in theory, this isn’t practical for pick-up-and-play sessions. The video examples included in the app show a bunch of kids using various homemade implements to create sounds, but unless your child is preparing ahead of time to use a plastic zip-top bag and a handful of LEGOs to create the sound of rain, then what tends to happen most times is the user being reduced to substituting stomps, claps, and assorted mouth noises for various effects. While this can be fun and can lead to your child producing some interesting sounds, it also falls a little flat when they see some of the ways the kids in the in-app video example are coming up with different sounds.

The only real remedy I can see is planning ahead of time to use the app with your child and having a variety of objects available for yourchild so that when prompted to record your own sound effects, your child has options to chose from and isn’t hunting for something around the house. If your child is like mine, then what started as a hunt for a sound effect becomes a distracted, what was I looking for… nevermind, let’s play with this instead exercise.

The final activity is the one that I feel truly limits the young user’s ability to pick up and play with the app on their own, even moreso than the ability to record sound effects. After a segment of the story is performed, the narrator will read a snippet, often a single sentence or two, from that segment. One word from that snippet will be displayed on the screen and users will be asked to choose from two words below that are most appropriate in the context of that snippet and fit in with the provided word. Here is one example:

So, the user is asked to choose from “Rubbery” and “Icy”, as they relate to “Soft”. “Soft” was used in the following way: I sprang down onto the soft ground and looked excitedly around me. There is no way that I have found for the user to click on “Soft” and have that word pronounced for or read to them. The user knows what the snippet said, but what word from the sentence is that?

More egregious are the two words the user must choose from. Neither of these words, “Rubbery” nor “Icy”, were read or pronounced, and like “Soft”, there is no way for the user to have the two words read to them. If the target audience for this app, namely those needing pre-reading and early literacy skill development, have no way to know what those three words are other than to read those words, then it’s literally a coin toss whether the user selects the correct word the first time or not.

To make matters worse, there is no prompting when the user makes an incorrect choice. The only sound is the wrong-answer buzzer and the fact that the activity did not progress. These limitations force this particular activity to require the assistance of an adult or someone who is a better reader than the user of the app.

Users are rewarded with stars, here called “spags” (TechSpaghetti, get it) that they can spend to customize their space ship in the Spaceship Coolification Station. The customizations are purely cosmetic, but give each user the feeling of ownership over their progress.

Apps designed to let kids take a hands-on approach to building pre-accademic and early learning skills using multimedia are a great idea. Story Lab has an excellent pedigree in its developers. It provides inviting and engaging visuals and sounds. However, the implementation of some of these ideas, particularly in regard to subjectivity and the reading ability of the target audience require this to be a tool that parent and child use together, not so much of a pick up and play on your own app. Over time, the shortness of the stories and limited replayability may become an issue. When I asked the developer about potential future additions (such as more planets), the developer suggested that if demand warrants it (both vocal demand and, I’m sure, if the financial support suggests this would be a viable use of developer resources) then that is an avenue that they may explore.

My recommendation is that you download the app and spend time with your young one giving the tool a try. Story Lab is available as a free download in the iTunes Store, which contains the first story planet for free. If it’s a hit with your family, then additional planets can be purchased for $1.99 each, or all three additional planets for $4.99.

Disclaimer: I was provided with a beta version of the Story Lab app for review. The opinions in this piece are my own.

London Gets Its Own (Mini) Maker Faire – Finally! 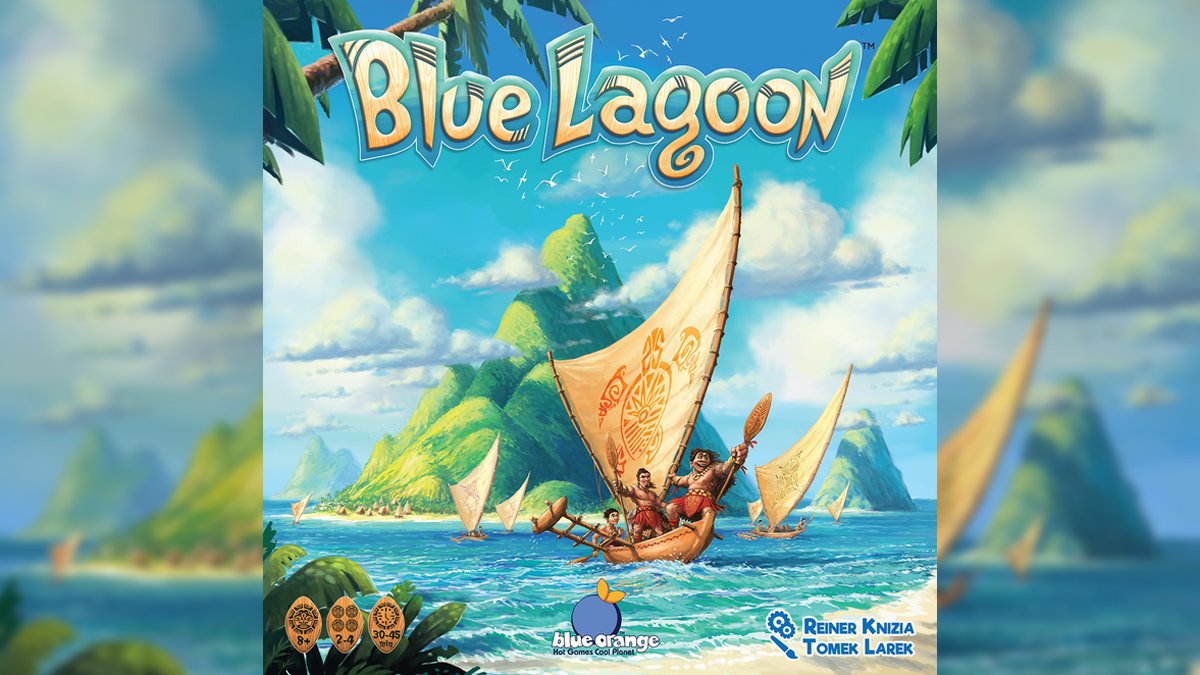 Explore and Settle the ‘Blue Lagoon’