While this week’s episode of Legends of Tomorrow was the weakest of the DC Comics/CW offerings, with both The Flash and Arrow hitting high notes this week, it was still an enjoyable ride. A much more enjoyable ride than when the title hero of those other shows is floundering and moping around, all guilt-ridden and angsty. Perhaps that will be what allows Legends of Tomorrow to avoid those low points that both The Flash and Arrow have dipped down to at different times in the past. Without a title character to center the story around, there’s always room for someone to step up and steal the show on any given week.

With that said, let’s jump into this week’s episode.

Let’s face it, beginnings are tough. While most of these characters are familiar to fans of the other superhero series, we’re only three episodes into Rip’s mission. With Kendra, we’re not much further along then that, though it could be argued that the Kendra we met on The Flash has very little resemblance as a character to the Kendra we have now. More than that, our characters are still finding their roles on this team who–lest we forget–were forgotten by history and may very well be forgotten again if they fail in their mission to stop Vandal Savage.

How is that team coming together while still stranded in 1975? 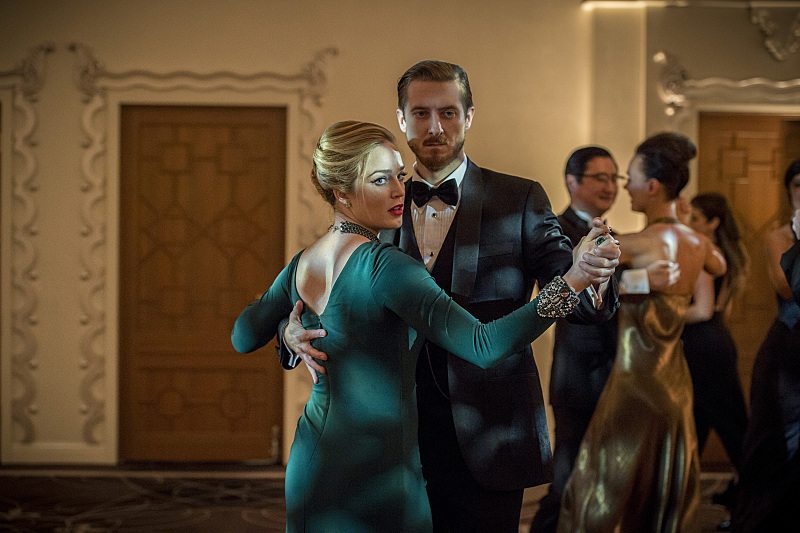 We find out early on that this isn’t the first time that Rip has gone after Savage. That first time was 4,000 years ago in Egypt. My initial question is simply When did this happen? In the pilot, we saw Rip tell Gideon to pull the files on the team as Rip is headed to steal the Waverider. Did he stop in Egypt to try and take down Savage on his way to rounding up his crew? That seems unlikely, but not impossible. More likely, Rip has acted in secret against the Time Masters to try and stop Savage before. If so, then why go to the Time Masters and request permission to go after Savage at all, as Rip did in the pilot? Why not secretly steal the Waverider again (as he’s successfully done at least once already, it would appear), put together your team of nobodies, and handle your business without alerting the Time Masters?

Rip goes to try and weaken Savage by stealing his wealth, which Rip incorrectly assumes is the source of Savage’s power in attempting to take over the world. Not willing to let Rip go alone, Sarah tags along, putting her ninja assassin skills to excellent use. (Speaking of excellent, the wardrobe department and music were on point once again). Rip is appalled by Sarah’s savagery (pun intended). Sarah agrees with Rip’s assessment. She’s a monster.

Rip disagrees. She’s not a monster for doing what her impulses compel her to do. He’s the monster because he stayed his hand and didn’t kill Savage when he had the chance those 4,000 years ago. It’s not just Rip’s wife and son whose deaths weigh on his conscience. It’s all the additional wives and sons who Savage has murdered, too.

By episode’s end, Rip has dealt Savage a blow, but in doing so has inadvertently created the future that Rip is attempting to change. Savage knows Rip. He knows that Rip is coming and that he has a crew running with him. He also knows both Miranda and Jonas’ names. He’s even seen a picture of them both.

As he pointed out in the pilot, the future wants to happen, and is working against Rip and the rest to make sure things play out the way they always have and the way they were always meant to. 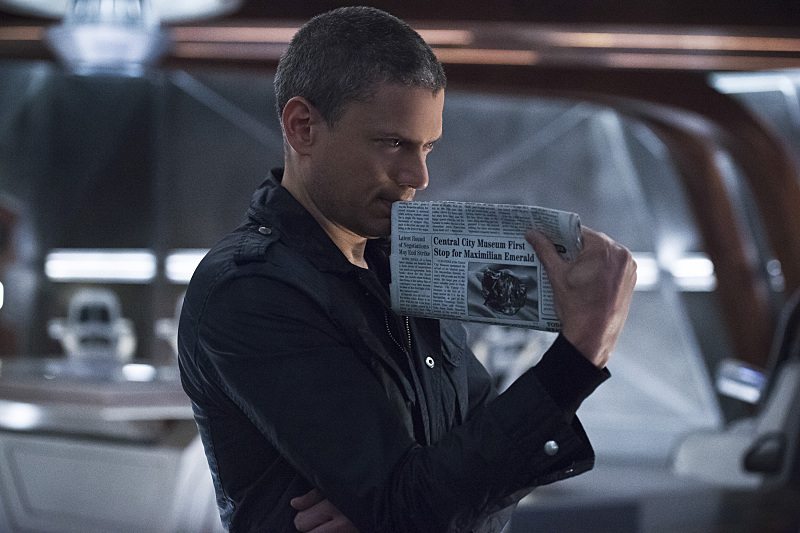 Rip’s not the only one to learn the hard way that changing the future is more difficult than it looks. The Waverider has an expeditionary vehicle on board, but it was damaged when Chronos attacked the ship in the pilot episode. Luckily, there is a mechanic among the team. Taking my advice from last week (ahem!), Jax put to work repairing the secondary craft.

With the craft operational, Snart puts a plan of his own into action. Serendipity (or heavy-handed plotting) has placed the team a couple of days before Snart’s father is arrested trying to steal a valuable emerald from the Central City Museum. Snart and Mick convince Jax to be their getaway driver while the two liberate the emerald from its enforced captivity.

But that’s only the first part of Snart’s plan. He takes the emerald to his old home and gives it to a younger version of his father. Why? To keep bad  dad from getting arrested, which is when Snart remembers the domestic abuse starting. After a touching scene with his younger self, Snart gives the emerald to his father and warns him to never lay a hand on his family.

This was a great episode for exploring both Captain Cold’s heart and his uncanny ability to formulate and work a plan. Heatwave is still the ultimate sidekick, and continues to get just the right amount of screen time and the best lines. Even Jax gets a little something useful to do… though his connection to Stein and usefulness as a hero gets upstaged by Ray.

Unfortunately for Snart, history is as history does. Papa still gets arrested, but instead of being busted for attempting to steal the emerald, he is caught trying to fence the gemstone.

So far, the team is batting .000 when it comes to making a positive changing impact on the timeline. 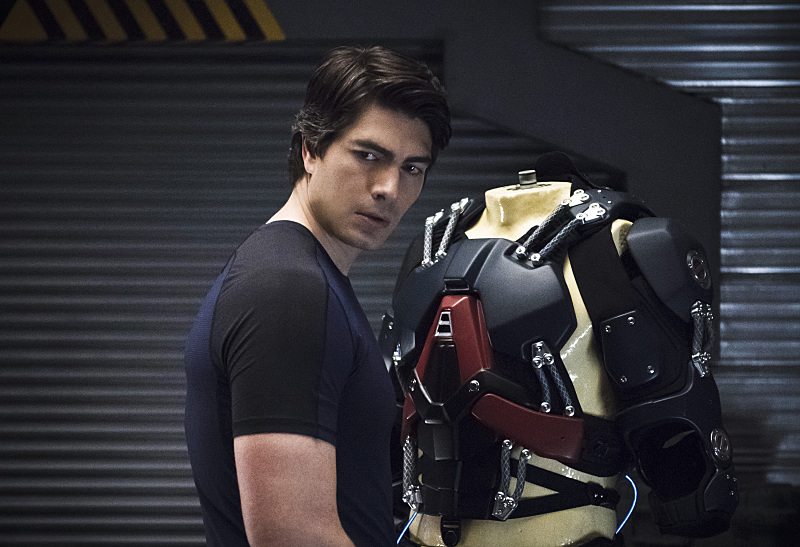 Our final group of the week has Professor Stein and Ray attempting to save Kendra’s life after Savage stabbed her last week. Fragments of the dagger are embedded in Kendra’s circulatory system and are working their way toward her heart. Somehow. I know, in a show where people time travel and can shrink and fly and shoot fire, the pseudo-medical stuff shouldn’t be a big deal, so I’m going to begrudgingly let that slide.

Ray says he can shrink down and save Kendra by blasting the dagger pieces. That’s what he built the suit to do. To save lives after he couldn’t save his fiance. At first, Stein tells Ray that he’s being rash, but when Ray successfully zaps a hunk o’ dagger, Stein is gung-ho to blast some more. The problem is that the suit is damaged and Ray has to pull out.

Suffering a crisis of confidence, Ray is afraid to go back inside Kendra. This isn’t all fun and games punching and shooting stuff. If he fails, Kendra dies. So, Stein makes up a lie about how he’s always been impressed with and a little threatened by Rays’s winning smile, brilliant mind, and defined abs. This bit of ego-stroking schadenfreude is exactly what Ray needs to hear in order to get back in the game and save Kendra.

Last week, I said that I was concerned that Jax and Ray sort of had overlapping roles on this team. They are both that sort of aw, shucks cheerleader good guy that tries to see the best in others. I said I was concerned that Ray might be the one who takes center stage while Jax gets pushed into the scenery. Not only is Jax relegated to driver for Snart and Mick, but here we have Ray essentially taking the Firestorm role. Stein’s mind, a younger body. Ray even goes so far as to make a joke about how Jax must feel with Stein in his head.

Make no mistake, it’s no joke. This is a big cast and it’s hard to serve every character in every episode, but Jax continues to be marginalized. He’s frakin’ Firestorm, the Nuclear Man! Give the guy some love, already! 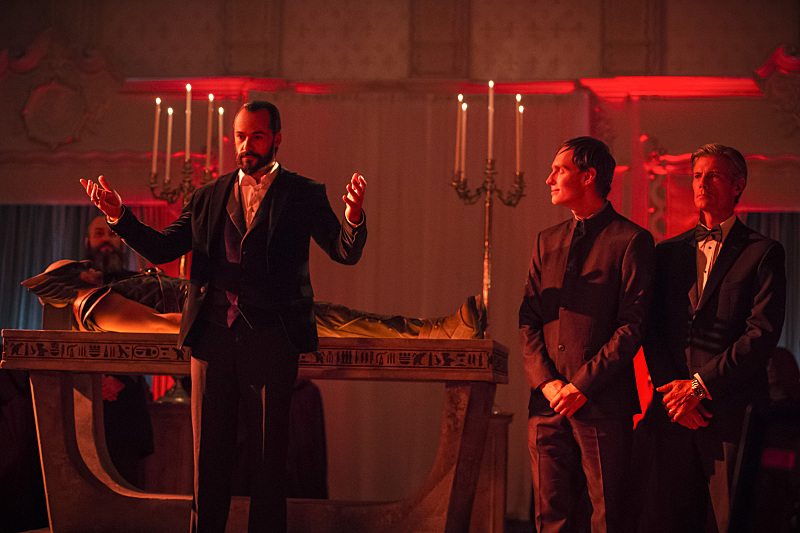 It all comes together in the end with a showdown between Savage’s followers and our team of legends. As Rip states, no one of them can end Savage alone. It will take all of them, committed and working together, to defeat Savage and change history.

Which brings us to our final and most troublesome character to deal with. It was bad enough that Kendra was being jerked around on the short leash by creepy, stalker, soul-mate Carter. Now, just when she’s out from under Carter’s thumb and has a chance to really grow as a character, she’s regressed to being the team’s project. The weapon. The one they have to work together to train how to kill Savage when the moment comes.

Will Kendra blossom into a character in her own right? I mean, she had more self-driven motivation in the couple of minutes of screen time she got when her character was first introduced on The Flash. Is Professor Stein working on a way to make Jax completely obsolete so they can ditch him altogether instead of trying to find him busywork all the time? Come back next week and we’ll find out together.

Next up, we pass Marty (McFly, not Stein) somewhere in the timestream when the crew heads to 1986. 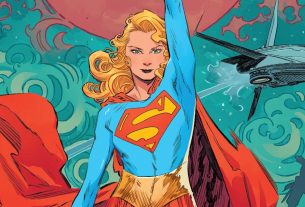