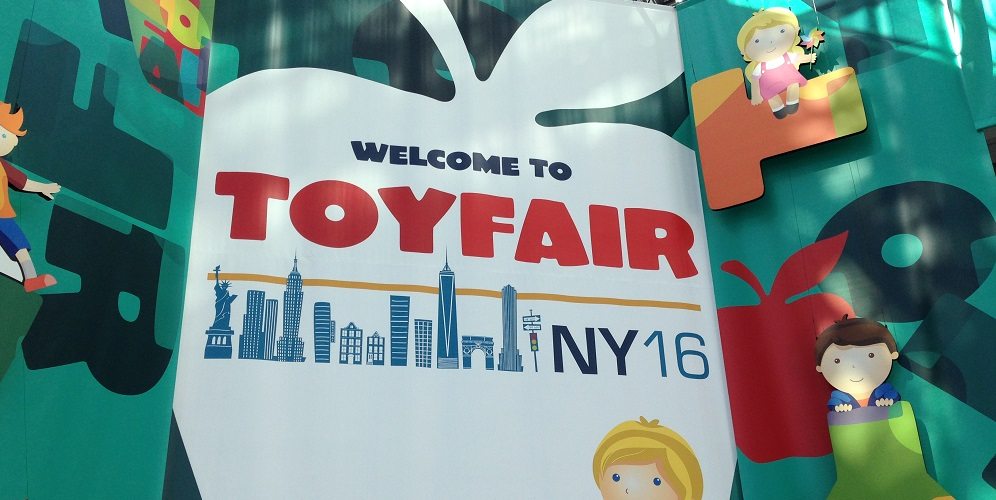 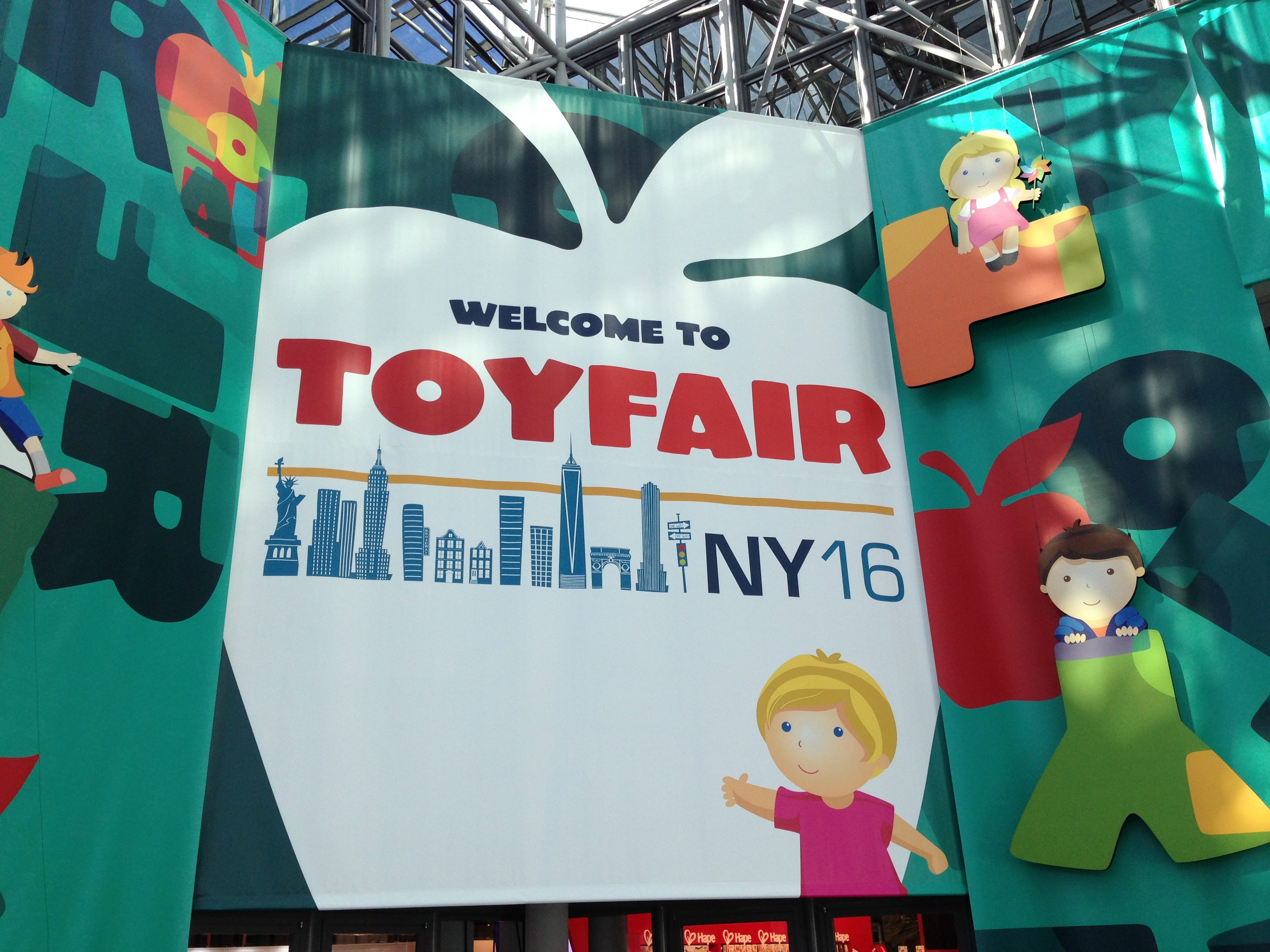 Sadly, Toy Fair is now behind us. It was an enormous gathering of “toy professionals” and a showcase for hundreds of thousands of toys. It was glorious. It was also bitterly cold in New York over the weekend, with wind chill temperatures reaching 20 below. That part, not so much.

After last year’s Toy Fair, I did a Top 10 list of the products I personally found most compelling, so I figure why not do it again? With only 5 spots, this year’s list is a bit slimmer than last year. But first, let’s repeat the disclaimer I used last year (since not much has changed in this regard).

Toy Fair is huge. Like, really huge. It’s impossible for one person to see everything. This year’s event (the 113th!) took place February 13-16, 2016, at the Jacob Javits Convention Center in New York City. There were tens of thousands attendees (from close to 100 countries) on hand to mingle with more than 1,000 exhibitors spread out over more than 415,000 square feet of space.

That’s a lot of toys. It’s important to reiterate and emphasize that I didn’t see everything, but I did see a lot.

I saw a lot of toys, games, collectibles, sports equipment, stuffed animals, books, and cheap knockoffs. Some of it was innovative and extraordinary, much of it was ho-hum and run-of-the-mill, and some of it was truly awful.

With that said, here’s a rundown of what I found to be relatively new and exciting. Your mileage may vary, but here’s my Top 5 – in no particular order. (Stay tuned for full reviews of many of these products.)

Really, this entry is for DC Collectibles’ entire line of animated Batman figures and vehicles. But if I had to pick one showstopper, it’d obviously be the Batwing. This really shouldn’t be a surprise, since the drool-worthy Batmobile made last year’s list. And just like the Batmobile, the Batwing will be big enough to hold two figures (from the BTAS line) in the cockpit and not come with a lot of bells and whistles other than its immense size and undeniable beauty.

The action figure line is up to 38 now, and I was told they’re aiming to crack 50 before they even think about stopping. New additions include (among many others) a Joker/Harley Mad Love set (March), Zatanna (May), Commissioner Gordon (May), Etrigan & Klarion (May), a 5-pack with Supergirl, Live Wire, Batgirl, Harley Quinn, and Poison Ivy (September), Clayface (September), Harvey Bullock (September), Scarface (September), Talia al Ghul (September), a Dark Knight Returns set with the Mutant Leader (October), and a phenomenal Batman Beyond 3-pack (January 2017) that includes Bats, Old Bruce, and Ace!

You’ll go broke trying to collect all of these. But it will be SO worth it. 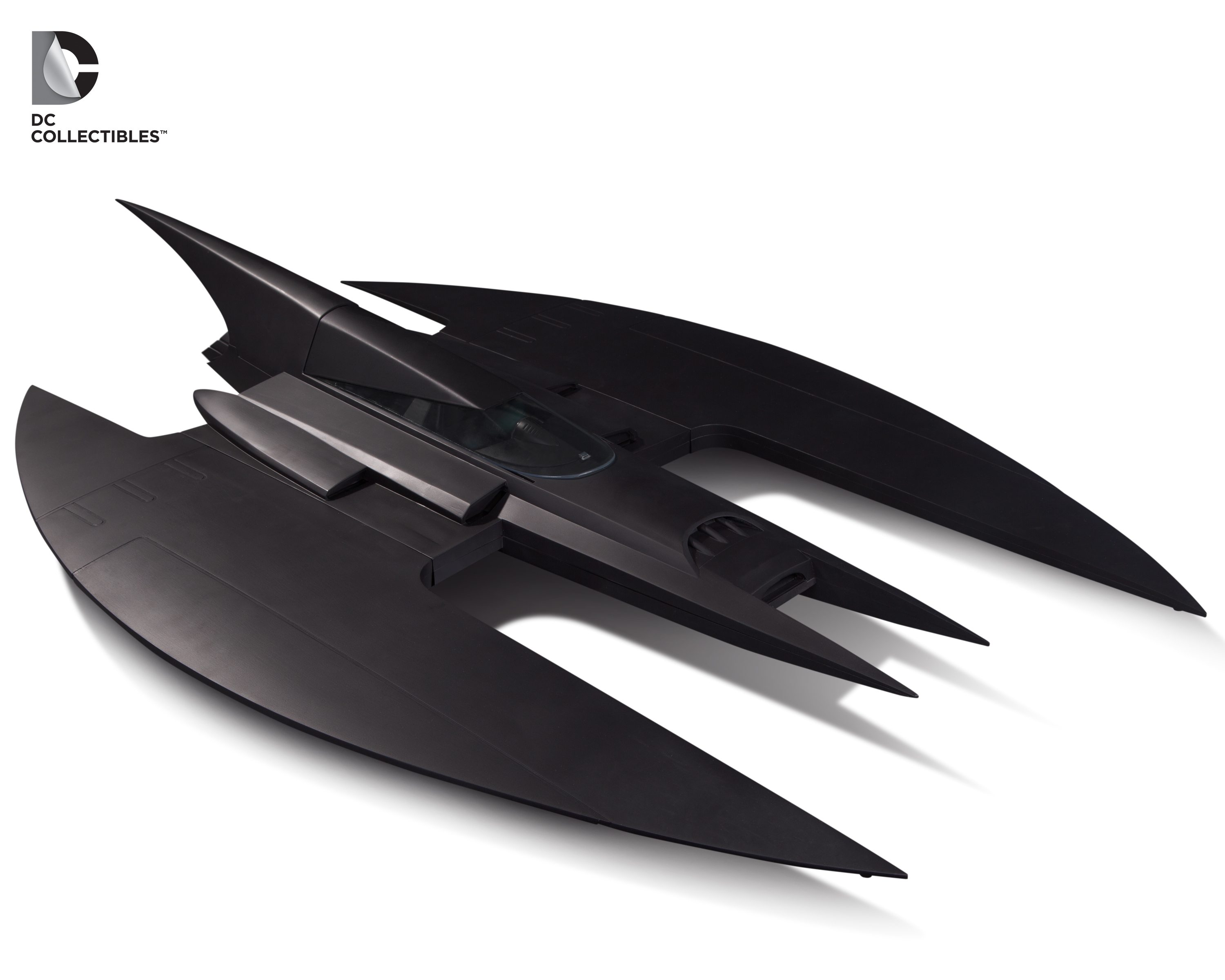 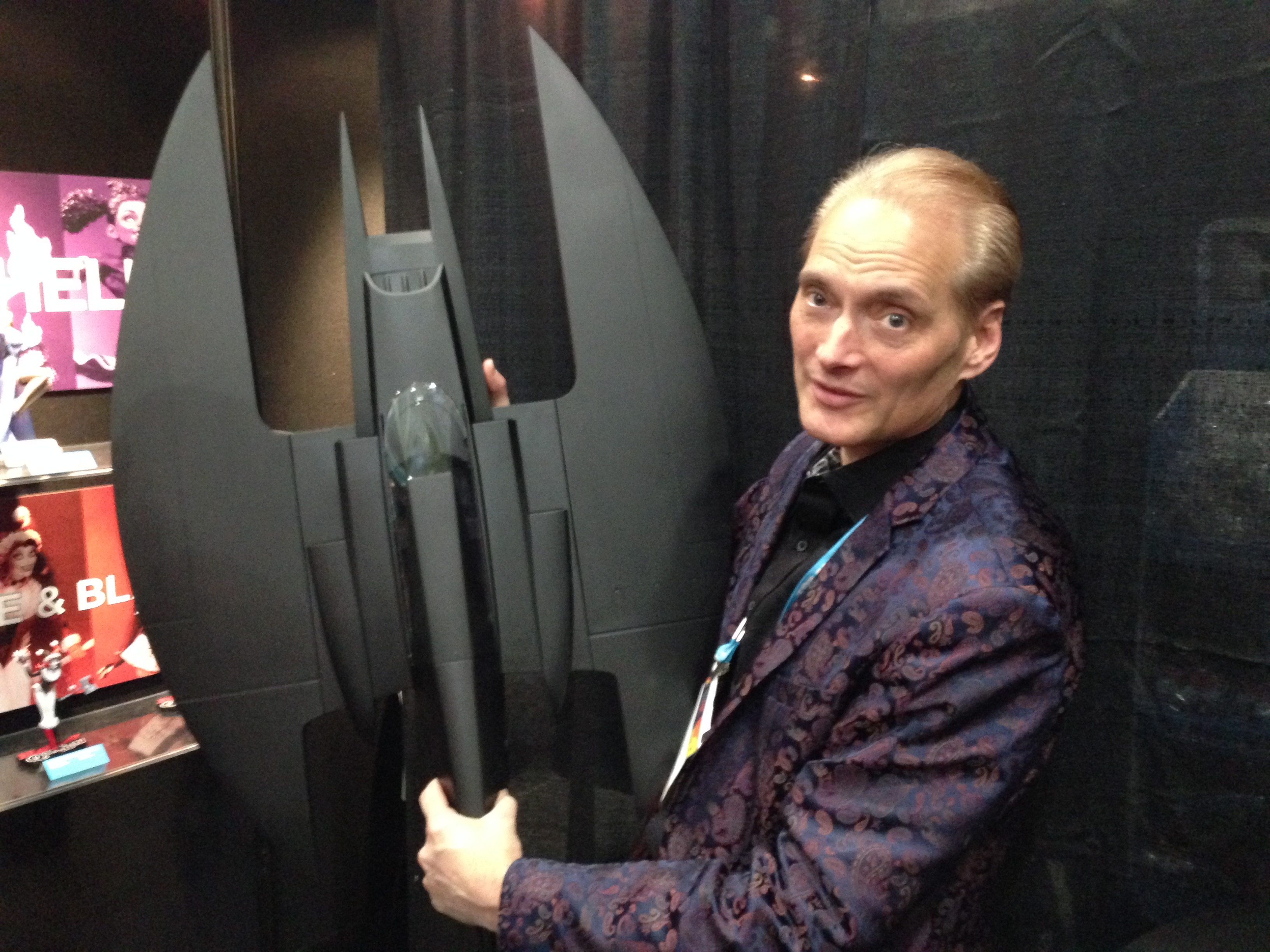 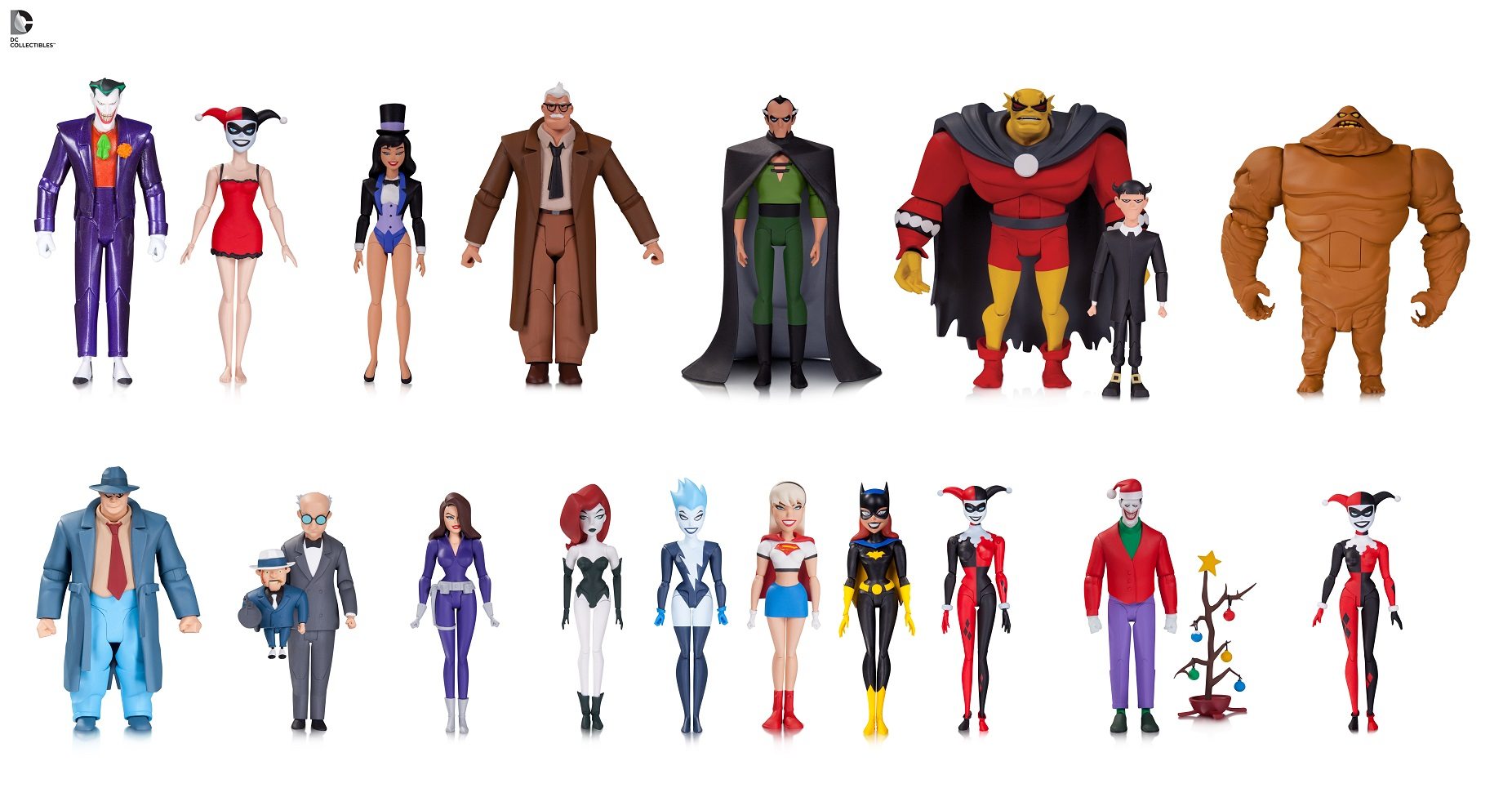 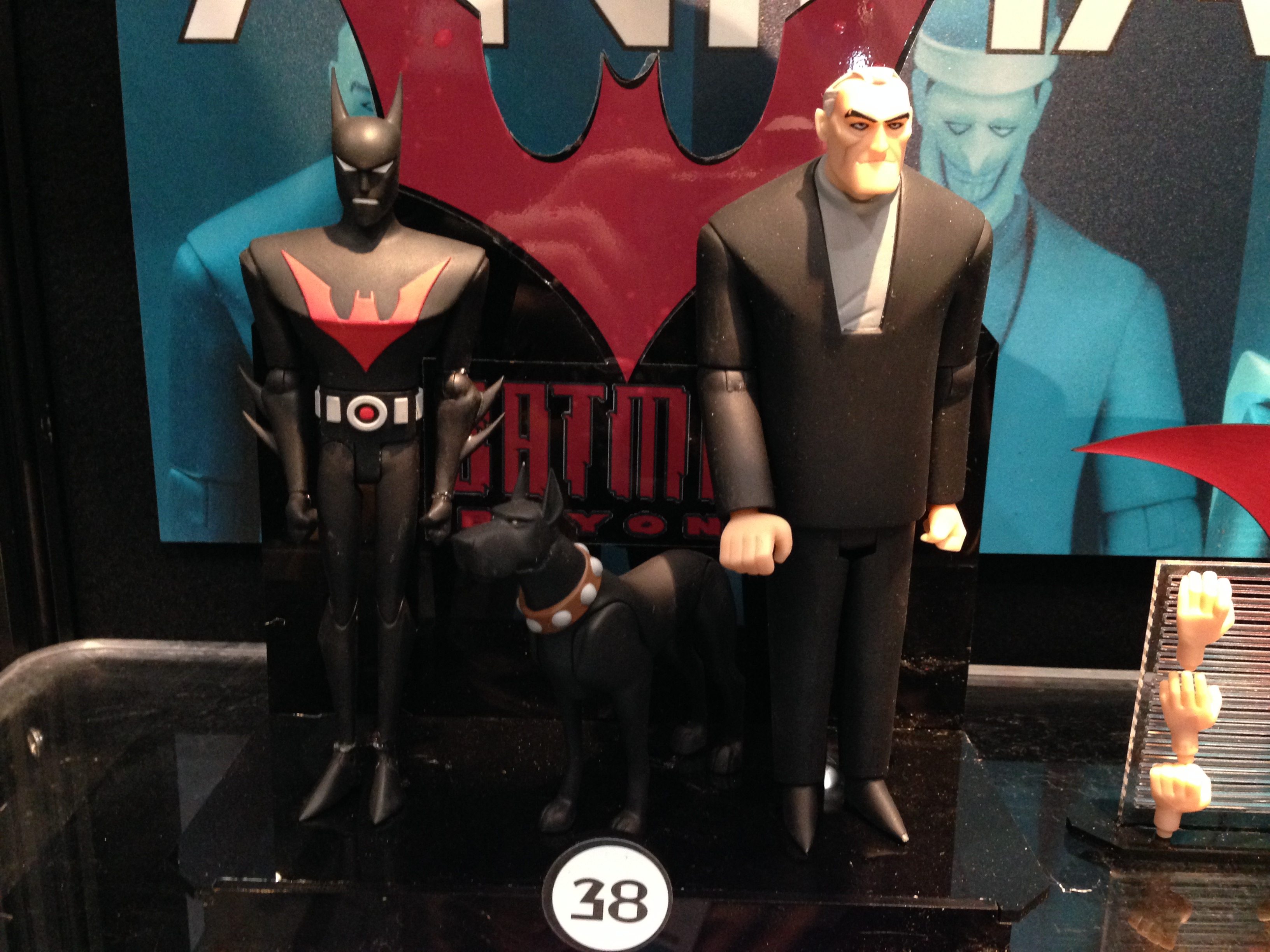 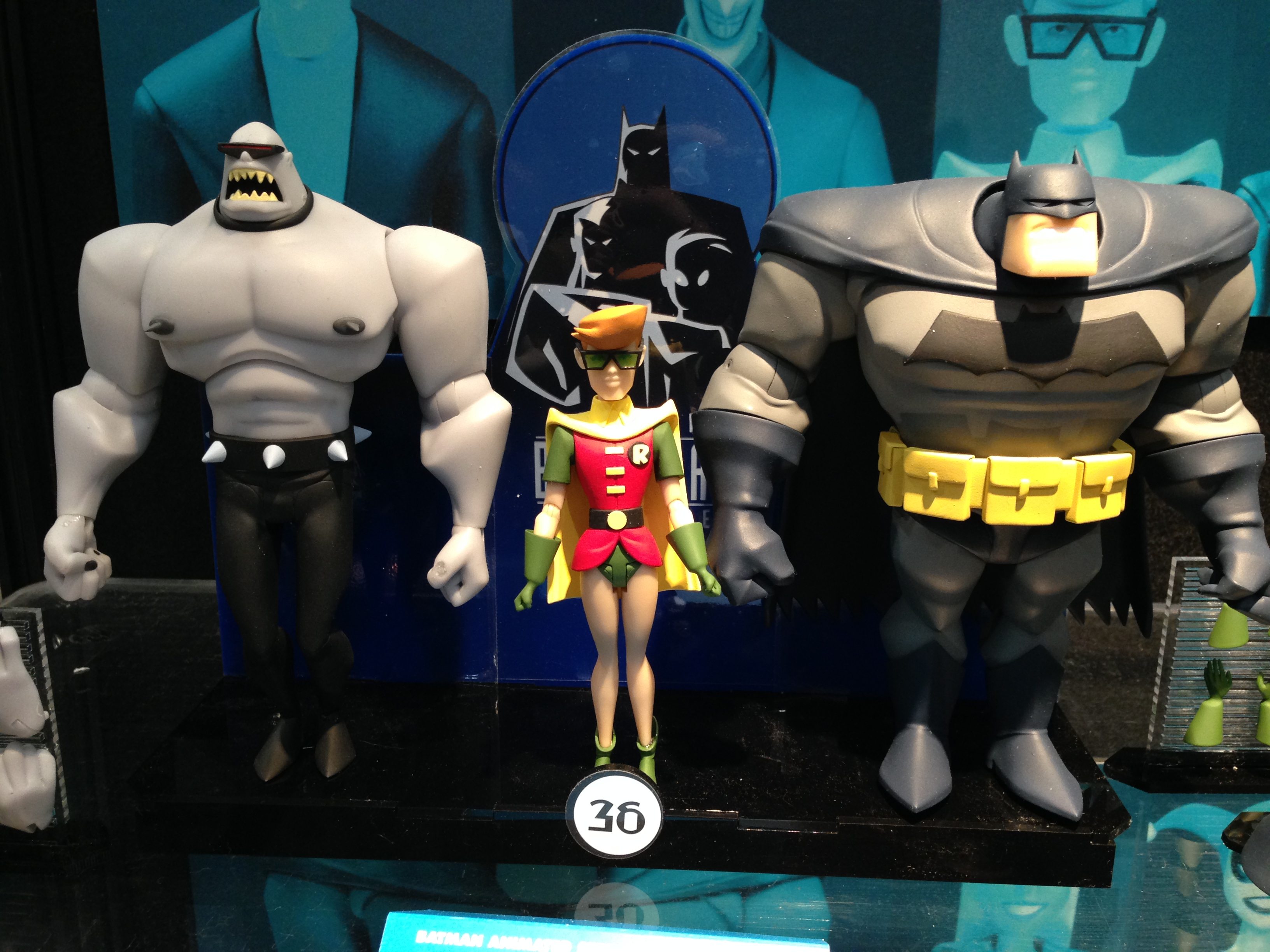 Sometimes it seems like Funko is taking over the planet (or at least a significant amount of the landfills on our future planet). Seriously, think of a 25th century archaeologist unearthing a million Funko Pop figures and then imagine what that research paper would say about us. But we live in the early 21st century, and those figures are adorable, gosh darnit!

Funko revealed a new line of 5-inch vinyl figures called Rock Candy, and I’m in love. The line will eventually include a variety of (surprisingly attractive) Barbie designs, but it’s launching with some phenomenal DC Comics characters.

Coming in May, the first wave includes Batgirl ’66, Batgirl of Burnside, classic Wonder Woman, BvS Wonder Woman, Harley Quinn, and DC TV Supergirl. There’s no articulation on these, so they’re more display items than action figures, but I know I’ll be clearing some bookshelf space for these. 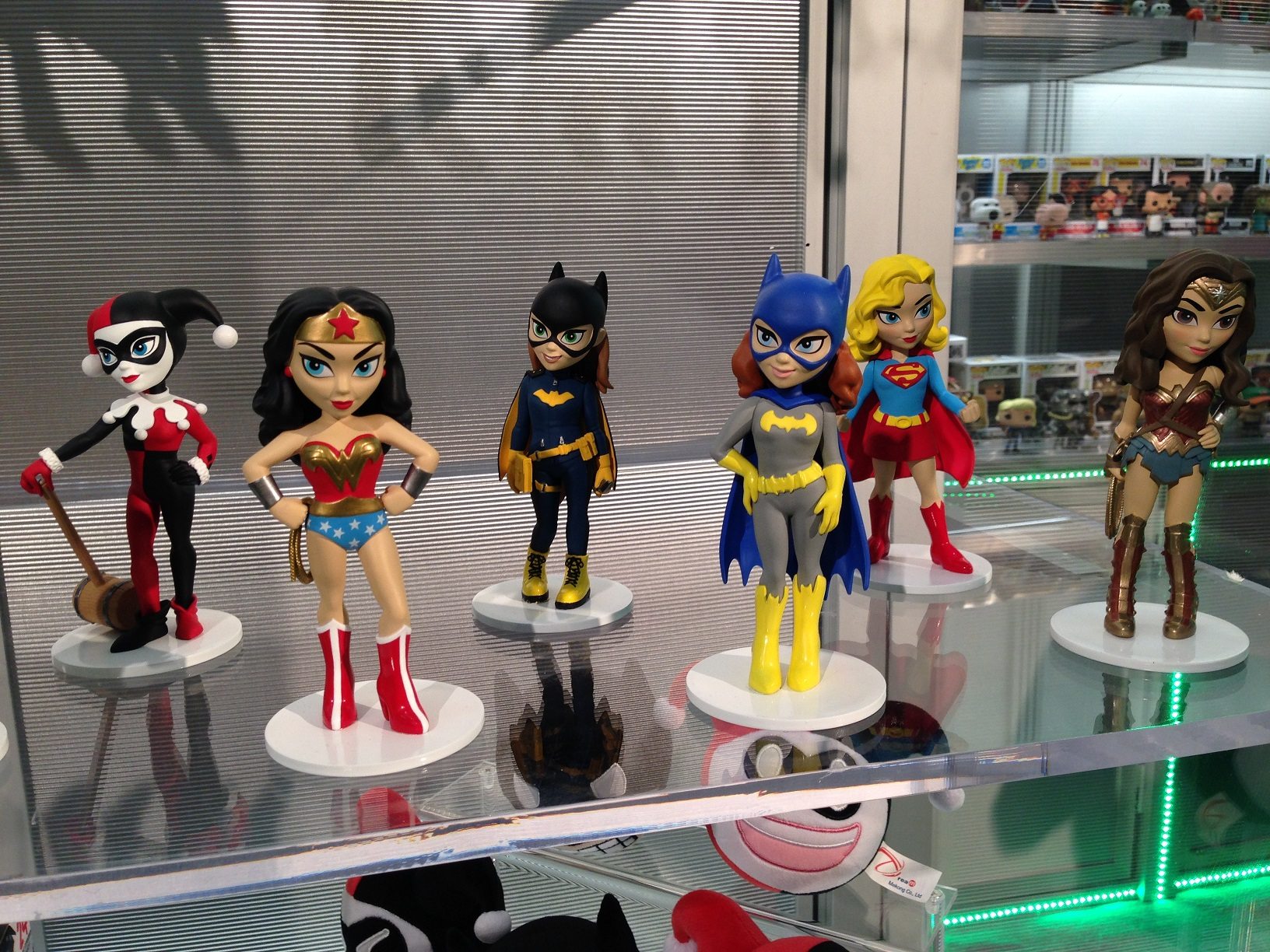 My kids (4 and 6) are currently enjoying the heck out of Lightbot, which is a simple game that gets kids engaged in programming logic to solve three-dimensional puzzles with a cute robot avatar.

I was therefore mightily intrigued when I saw Coji at the WowWee booth. WowWee is no stranger to cool gadgets and robots, and I was impressed with their MiP and CHiP robots, but Coji seems to be a physical version of Lightbot. It’s very much the same idea but with a cute robot that responds to your commands.

The biggest difference is that Coji uses emojis to teach programming logic. Coji is programmable from a mobile app, which presents kids with a puzzle or problem to solve (or game to play). Kids then use a sequence of emojis to program the robot to respond – both on screen and in real life. 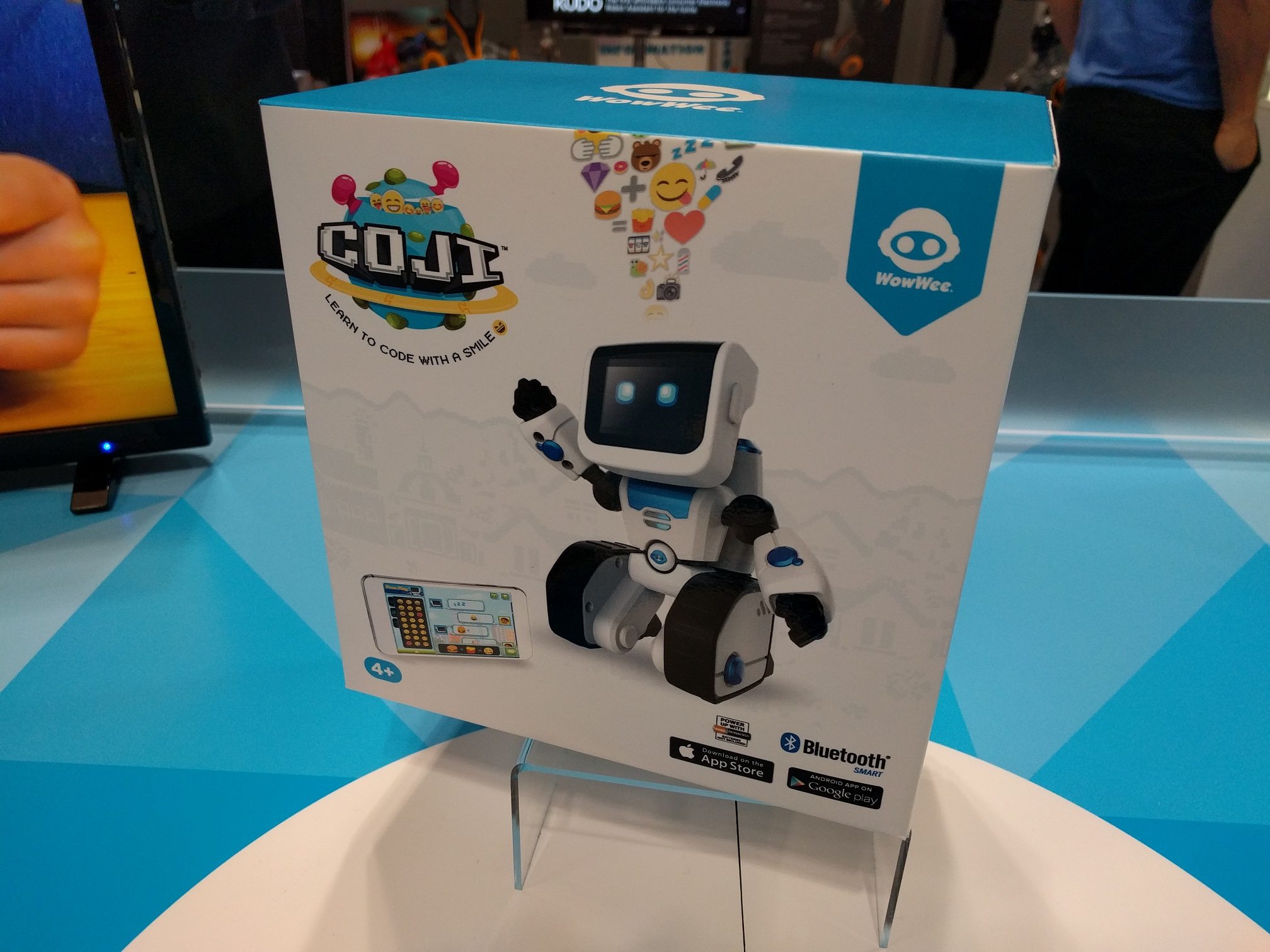 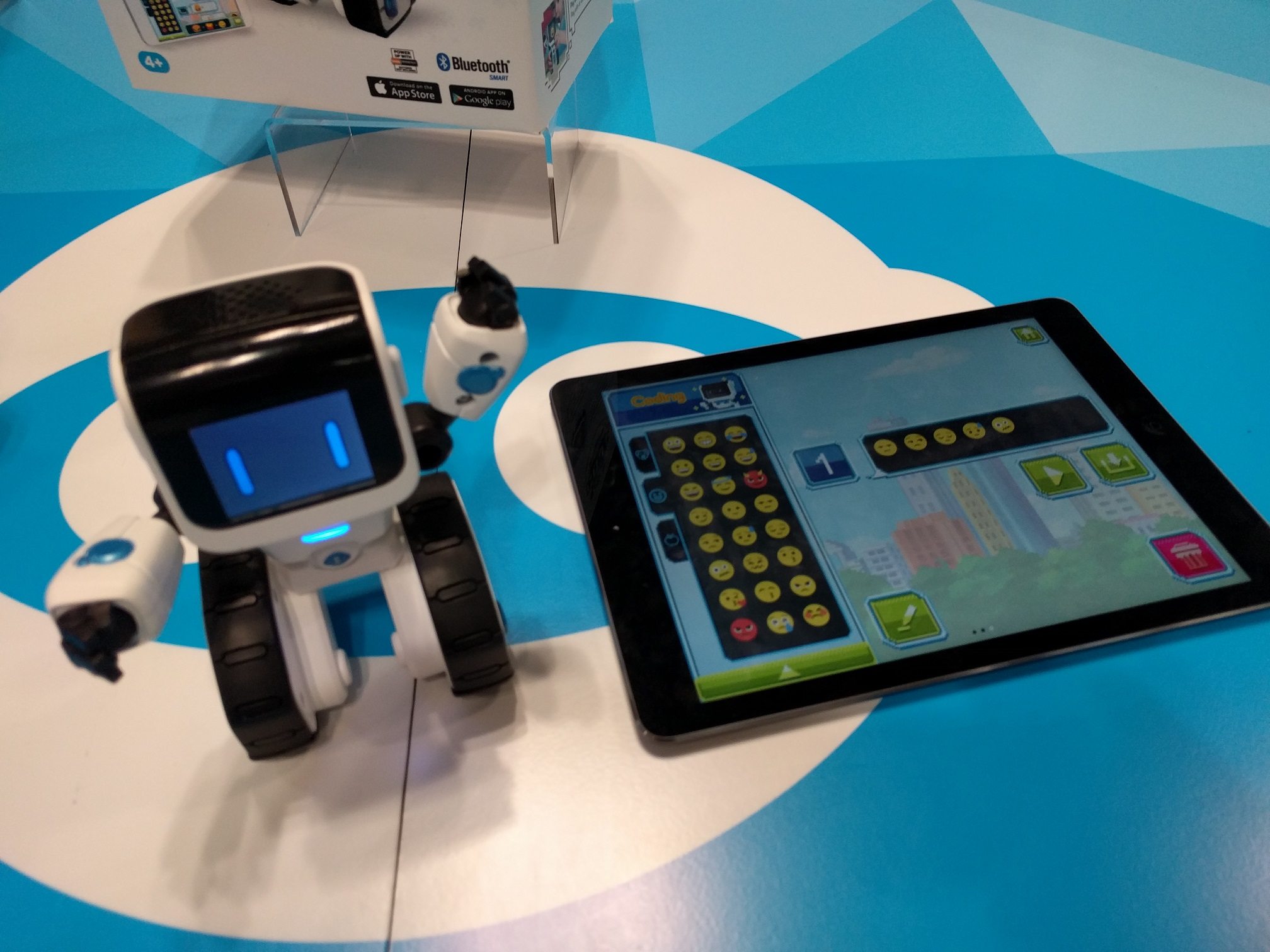 One of the themes I noticed at this year’s Toy Fair was STEM games/activities that focus on electric currents. This may not actually have been an overwhelming theme of the show, but I certainly noticed more than a few products targeting the concept. With that in mind, this entry is shared by two different products.

ThinkFun is usually reliable for developing unique and innovative products that engage young brains. (They earned two spots on last year’s list.) This year, they didn’t disappoint with Circuit Maze. Similar in concept to Laser Maze (which I reviewed a few months ago) and Gravity Maze, Circuit Maze presents kids with a series of circuit-building puzzles. Select a card with an initial setup configuration and place the allowed pieces on the board to complete the circuit and light up the beacons.

MakerBloks, by contrast, are a set of magnetic blocks that easily connect to form a circuit. Each block is an electronic component (battery, push switch, LED light, resistors, buzzer, rocker switch, photoresistor, and variable resistor), and because the ends are magnetized, they link up and make perfect connections (ideal for little hands). Kids can use their imaginations to “invent” devices such as a lie-detector and burglar alarm, or they can use a storybook app that presents them with different challenges to complete. 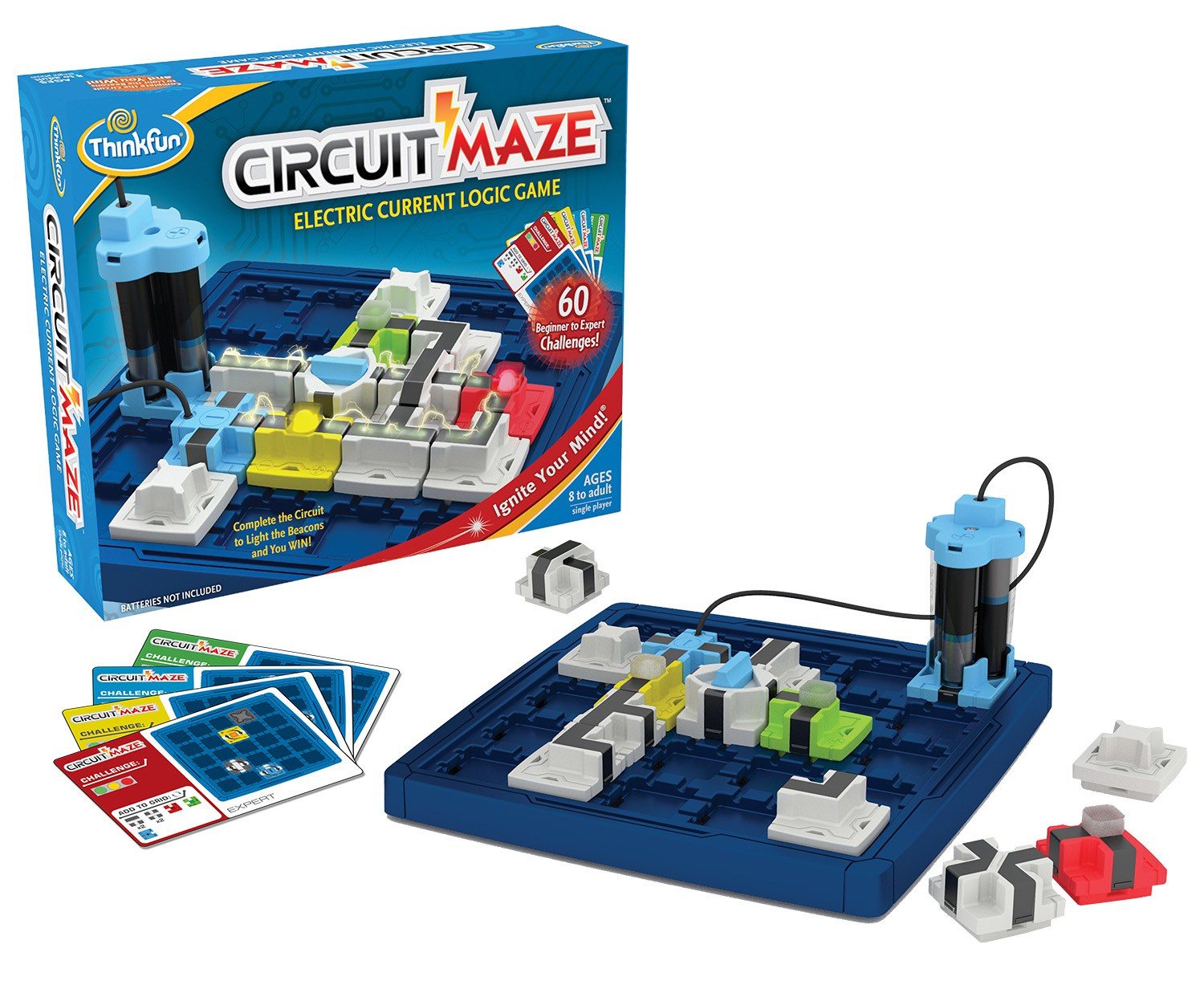 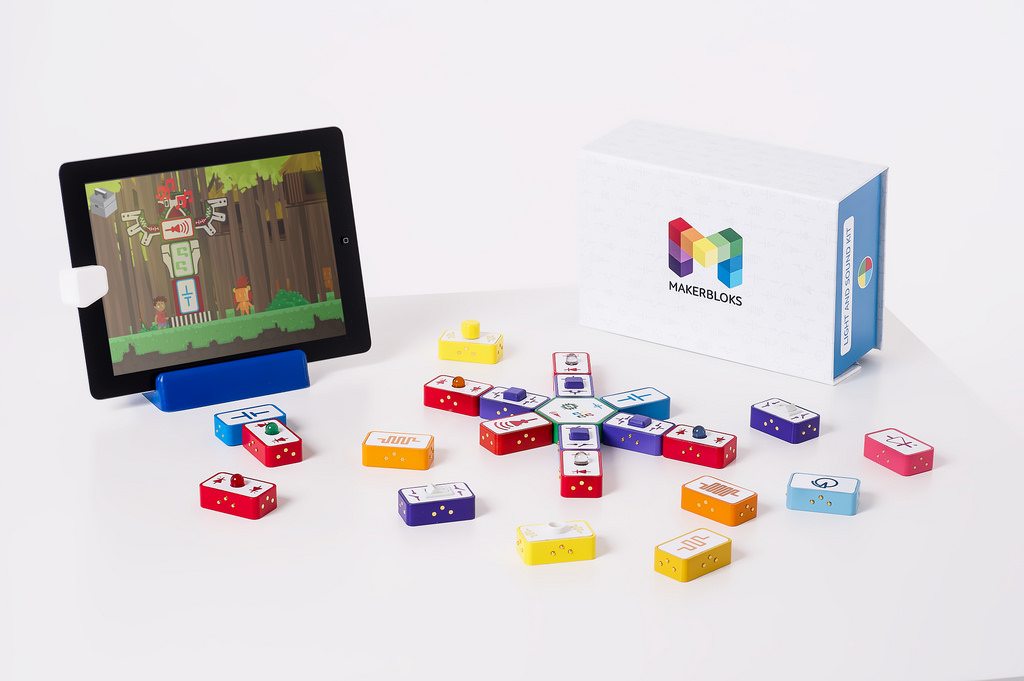 So, yeah, Bloxels made my Top 10 list last year. However, they’ve put a ton of work into it, and it’s developed into something way beyond the prototype they showed at last year’s show. It’s practically a different product altogether, which is how I justify including it again.

In short, Bloxels is a video game creation kit that uses physical components and manipulatives. The game touts itself as “the most kid-friendly video game creation platform, ever,” and I have a hard time arguing with that claim. The physical components include a 13×13 board with small colored cubes that represent in-game elements such as walls, coins, characters, power-ups, and obstacles. Place the cubes, snap a picture of the board with your tablet, and watch your fully playable game come alive on screen.

However, whereas it was a relatively simple top-down, pixellated experience before, it’s now a much more robust side-scroller that evokes the classic 8- and 16-bit games of my (and probably your) youth. Once you’ve built your level, go back and animate and configure what you’ve built. Customize the look, feel, and interactivity of the experience to fully make it your own. You can even use the colored cubes to create your own playable character.

Kids will be drawn in by the creativity and chance to become architects of their own “real” games, and adults will get a strong sucker punch of nostalgia. 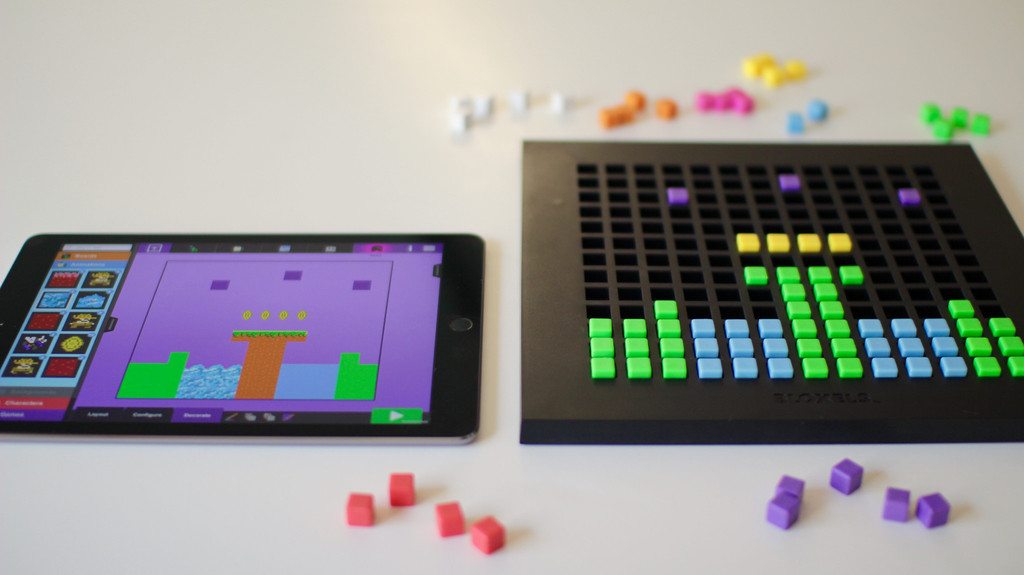 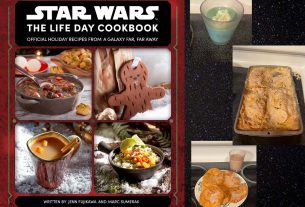