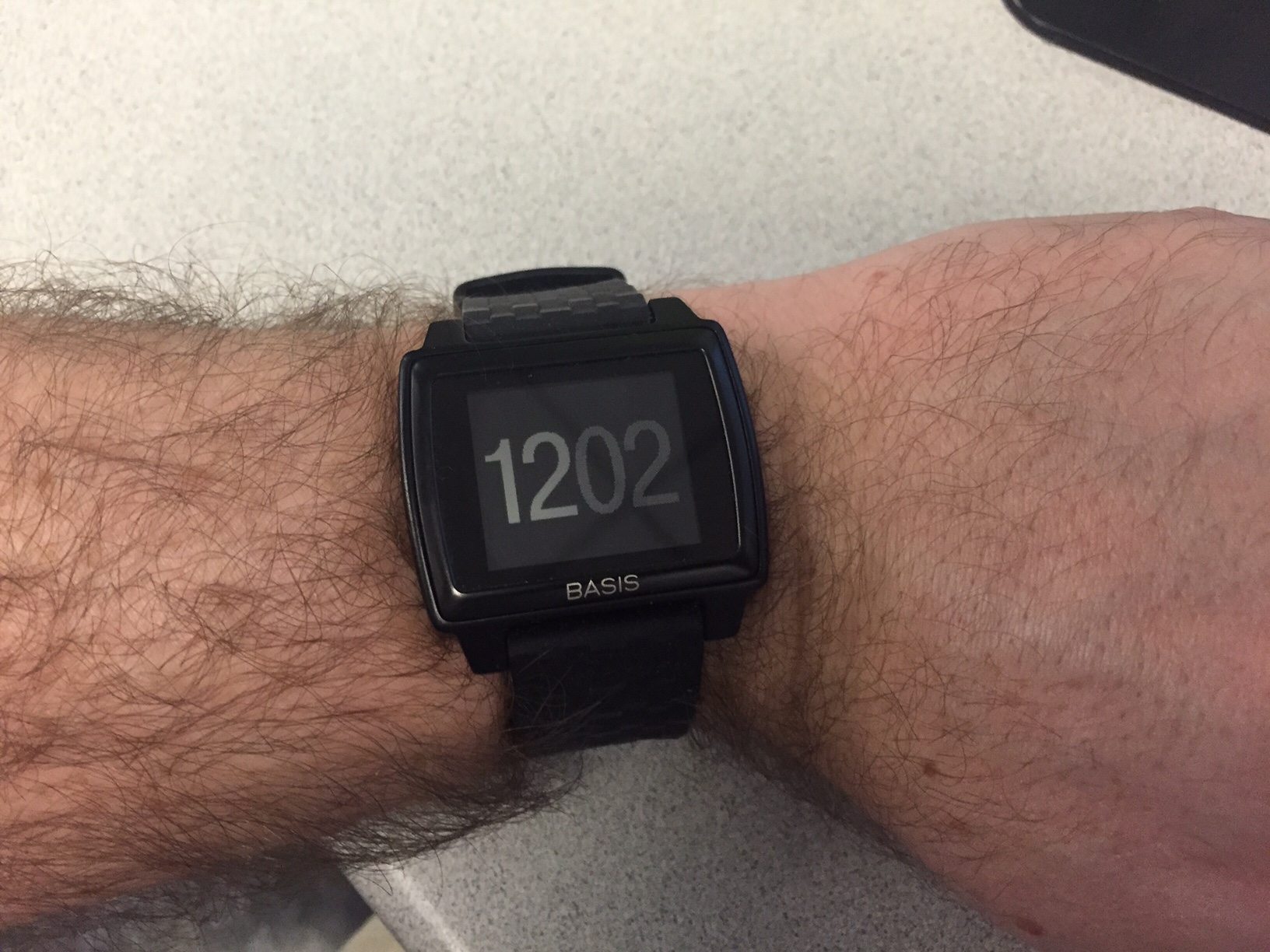 Back in 2014, we reviewed the original Basis fitness tracker and, to put it nicely, were underwhelmed. But a lot can change in two years and, wow, has it ever. The fitness tracker market has really heated up since, and the market for wearables is insane. Prior to this review, I had tried both a Fitbit Charge HR and a Huawei Watch. I’ve also used (but not reviewed) a LifeTrack Brite. Why mention the other devices I’ve reviewed? Because the Basis smokes all three.

Before we even get into the hardware of the watch, let’s talk software. Aside from having a much better-designed app than it did last time, the Peak also integrates perfectly with both Apple Health and Google Fit. I’ve mentioned how a lot of fitness tracking can be done on your phone; by meshing data with the built-in solutions, the Peak gives you the best of both sets of data. Plus, you can’t track your heart rate or your sleep on a phone.

The watch itself is a good design. The watch bands aren’t the greatest thing, but they can be swapped out for leather ones. The main bit reminds me of the Casio watches my classmates and I all had. (Except that one guy who had the Transformers watch. OH HOW WE ENVIED HIM). Except that had buttons. The Basis Peak has no buttons at all. Instead, you control the entire interface with gestures. I cannot begin to explain how much I love this. At any point, a simple swipe left shows my heart rate. There are dozens of other swipes, but that’s beyond our purview for a moment. Assorted gestures let you see settings, turn on the backlight, see daily totals, dismiss alerts–that’s right, you can see and dismiss notifications from your phone, as well as calls. The other ones I tried could do this too, but not as well. It’s easy to configure what alerts you get via the app (texts, FB, reminders, etc are all options).

Sleep tracking on the Basis Peak seems solid; I had to remember to turn it on for Apple Health, but it’s far better to read it in the actual app. In there you can see what your actual REM sleep percentage was and other goodies. You can also use the custom goal settings to set a specific sleep goal. Heart rate monitoring is passive and tracks well, which is great when you have an actual heart condition.

See that above image? That was taken sitting down on the NY subway. Thanks to the Basis, I know exactly how long that particular heart episode took and when it started. Sure, it thought I was jogging, but that’s beside the point. The app let me track my heart issues down to the minute. It’s quite well made.

You might think solid design, good app, and tight integration are enough, but Basis brings more to the table. Firstly, there’s battery life. A 10-15 minute charge session brings you up to four days of charge on paper. Charging happens in a tiny magnetic cradle and it’s great to use… but easy to lose. In real life, I found it to be closer to 3.5, but that’s absolutely close enough. You might say, “That’s fine, I’ll charge it in the shower.” Except… you don’t have to take it off. That’s right; the Basis Peak is waterproof.  Which I just love. With a resistance of 5 ATM, it’s actually wearable at the beach or pool. Sadly, the Peak cannot auto-detect that you’re doing laps, but if you use a third party app you may be able to do that manually (I did not test that, but I know RunKeeper can track laps and works with 3rd party devices).

Now for the “How much would you pay” portion of our review!  While officially priced at $199, you’ll be hard pressed to not find a vendor selling it for $150 [EDIT: Right after we posted this Amazon changed pricing. Try Best Buy or B&H]. At that price, I suggest buying a second charging dock too.

The Basis Peak is far closer to the smartwatch end of the equation than it is to a fitness tracker. It’s more robust and is just a better value for your dollar. I heartily recommend it.

EDIT: Basis has recalled the Peak.

Disclaimer: Basis provided a unit for review. They also replaced my charging dock for free when I lost it. In fact, they gave me three because they can tell I’m a space case. Nice folks.

Make Your Own Fun in ‘Super Mario Maker 2’