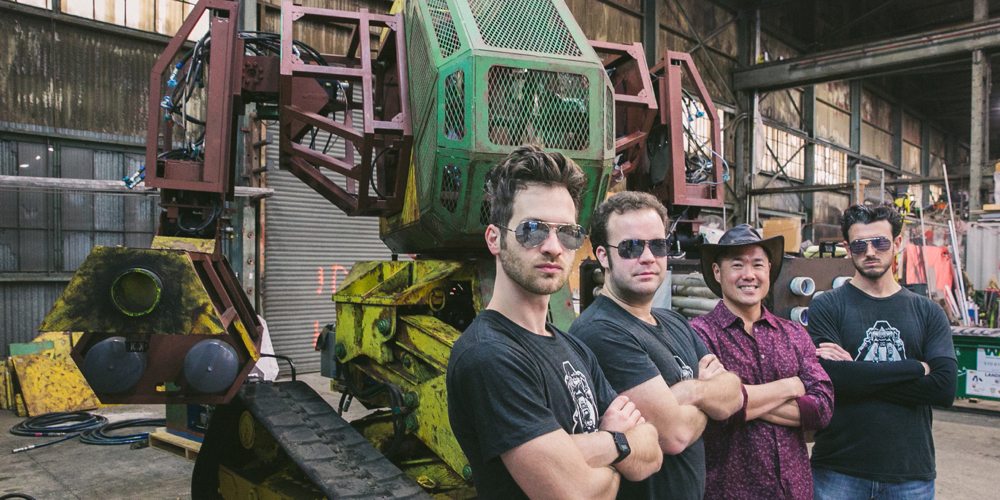 After successfully raising over $500,000 on Kickstarter in 2015, the MegaBot Mk. II will be facing Japan’s Kuratas in devastating mech combat later in 2016.

The fight, a world first, is planned for later in 2016 and will help kick off a new international sports league, The MegaBot League, that will be something like a combination between Transformers, UFC, and WWE on an Olympic-scale.

Before that epic battle, though, the entrepreneurs at MegaBots are taking the Mk. II on the road and will be at CES this weekend.

On January 8th, MegaBots, Inc. will be on stage at the Venetian vying to win an investment from Sir Richard Branson to build this international sports league of giant fighting robots. Chosen from a rigorous application process with over 1,000 teams applying, just 10 have made it to the semi-finals. In this second annual Extreme Tech Challenge the top three move on to the finals at Necker Island, Sir Richard Branson’s residence, on February 11, 2016, for the chance to be selected for investment in their project.

“We’re looking for intrepid, imaginative, adventurous entrepreneurs to take us where we’ve never been before.” Bill Tai, XTC Co-Creator

The event is open to the public in the Venetian Las Vegas – Bellini Ballroom from 2pm-4pm, but will also be broadcast live to those outside Nevada.

Also, if you’re at CES on Saturday, January 9th, you can see the Megabot Mk. II at the first annual Xtreme Drone Racing Championship. This competition will not only pit drones against drones, but, from the press release, “drones against the MegaBot Mk. II.” MegaBots, Inc. did not immediately respond to inquiries as to just what the Mk. II will be doing in a drone race, but here’s hoping they’ll be trying out their new melee weapons, swatting drones out of the sky like a mechanized King Kong.

Want more drone racing than that teaser? Check out this practice video.

While you wait for the coming epic mech battles, sate your robot-mayhem hunger by seeing the Mk. II at CES on Saturday, January 9th, doing who-knows-what, at the Xtreme Drone Racing Championship, and root for this giant mech at the Extreme Tech Challenge on Friday the 8th. This will be broadcast for those who cannot attend.

“We’re trying to look for companies that are not only outstanding, but also have a purpose.” Susi Mai, XTC Co-Creator

Super Bowl Geeks: How Much Action Is There Really In An NFL Football Game?