Virtual Reality (VR) has been thrown around the gaming forums a lot over the last year or two. It’s not a new thing. I am totally aware I am not submitting ground-breaking journalism here.

With the start of a new year, the discussion has come up again. Is this the year we see VR units in every home? Is VR really going to revolutionize gaming? Or will VR be another demographic divide in the world of gaming?

When the Wii was first released, no-one saw it coming. Very few predicted what the Wii (and subsequent consoles) would do to gaming in groups. Particularly gaming as a family.

With all the chatter about VR, I’m still hearing a lot about VR for the person – but not the people. Especially not the family.

VR (and Augmented Reality) dominated the discussion on the Future of Gaming at PAX August 2015. More recently, there was plenty of chatter at CES in Las Vegas. We even have an announcement for Oculus Rift Pre-Orders for shipping in March this year.

With all this talk about VR, I just had to grab some personal experience to find out what it was all about and if I would want one for the EG Lair. Now I know HTC and Oculus have been loud and proud about their achievements, but PlayStation was the first to offer a demo session and they promised some great games to show it off.

Good stuff: The graphics are amazing! I tested out four different programs and each was just mind-blowing in the graphics and immersion; absolutely the immersion.

The first, and most memorable, was “The Deep” – an underwater experience rather than a conventional game. There’s no score and no real objective. It’s a cage dive, encountering amazing sea life and a bit of exploration along the way.

It’s truly unbelievable. I distinctly remember the light. EG Dad is an avid photographer, so I’ve been hearing him harp at me for years about the importance of light.

This program nailed it.

The shadows in the water ripple and stream around you. The light dances with your movement. I don’t know how they did it but the designers even found a way to pick up on your peripheral vision: you can see something flicker to the side, your eyes dart to follow it, a small fish was startled by your movement. As it darts away into the seamless depths of blue water, you honestly have to remind yourself it’s just a projection. Now, while I haven’t been scuba diving in real life (damn you, asthma), I did spend many Summers snorkelling with my grandfather on the Great Barrier Reef.

PlayStation – you did good.

There were moments where I could step to the edge of my cage and gaze down into the depths below me. I knew there was a floor there but there was still something holding me back. I wanted to reach out and use the railing to steady myself. I even slowed my movements as if I was pushing through the weight of the water.

Okay, now that I have the fangirling, “ain’t it pretty” stuff out of the way, let’s get down to some real discussion.

Would I buy this for the family and the EG Lair?

Don’t get me wrong. Really pretty. Really tempting. And Oh-Ho-Ho so much distracting fun.

But it is just not the right fit in my way of life right now. I can see where they are going with this and I am REALLY excited about the future of gaming with VR and AR. I just think I am the wrong demographic for it. I like to play my games with other people.

Let’s take a look at some of the key elements here. Starting with this glorious picture of yours truly.

There are a lot of cords hooked up to me there. At one point, I was wondering if they were monitoring signs of life. Subsequently, this was one of the questions I asked: Will there be cordless units available in the near future?

Sounds like some development on that front. Most of the big companies can do cordless; it’s just the battery pack that is weighing them down. For the level of gaming most players are looking for, they just can’t make the battery packs big AND light enough.

You also need a pretty big support system to monitor all the movement and interaction. The specs required for any system to process even just one unit is pretty big – there are no laptops currently able to meet the requirements. While it can be done with upgraded PC’s and specific game consoles (like PlayStation), there is still room for improvement. In the meantime, I found the cords to be a safety hazard for klutzes like me, and at times a disruption to the immersion.

The other thing with the PlayStation pack was the interference with my glasses. The damn things don’t fit neatly over my glasses. There was a bit of fiddling around to avoid the light leaks and when we found the sweet spot, it was very sweet. Still something to consider.

These are all elements most individuals are willing to work around for the VR experience. What seems to be missing from most reviews and demo discussions is the family friendly factor. I know there are a lot of geeky / Evil Genius parents out there who still buy games for themselves, with no young children to worry about.

Yes. I am jealous. Right now, I still need to consider the spawnling-friendly nature before parting with my cold hard cash. At least for another couple of years.

In the case of VR, I need to think about the suitability for the spawnlings and whether it will be useful as a family.

First: There is currently no age limit on the use of the VR unit; for physiological impact not just a game rating.

“The Deep” was amazing. Absolutely amazing … but I would not feel comfortable sharing it with 9yo Sinister. Super Sam (my demo-angel) from PlayStation had warned me of a few moments that might be a little confronting so we agreed on using a safe word:

Proud to say I didn’t need the safeword in “The Deep“. Nor in the shoot-em-up games that followed. However, when she finally showed me “The Kitchen“… My banana split right outta there. (Think dirty abandoned house; think abducted and tied up in kitchen; think graphic torture and … I’m done)

But I digress – no age-limit / rating for the VR system. Plenty of age limit on the games.

As a family, it was harder to assess if we could use multiplayer units. PlayStation came back with a few suggestions primarily focused on taking it in turns. One person uses the VR unit while the others play along with them, but in a different manner.

I don’t know of a single family where this would work with young kids involved. When I’m playing games with my family, the last thing I want to do is isolate one member to one experience while the remainders watch on as support crew.

This is not going to work in families. However, I see why they made the suggestion – remember what I said about the processing requirements for one unit? Imagine the set-up you would require processing two separate units, let alone a whole family.

To put it into perspective, there are ‘VR game experiences’ that have produced this type of environment. Zero Latency is one of them – as one review described it: “virtual reality on performance enhancing drugs”. Using Oculus Rift with Alienware PC’s and PlayStation Eye cameras, it makes all of the demos I saw seem like little appetisers. You’re best off reading more about it from Stuart Gollan. What they have had to do to provide the set-up is fantastic – but it is not something every family will be able to do. The financial value of space and hardware will completely cancel out the visual smorgasbord of experience you will gain. VR is good – but it ain’t that good.

Is Virtual Reality the gaming future? Definitely, yes. Will we be seeing even MORE development later this year? Again, definite yes. Will it revolutionise gaming as we know it? Well…

Let’s face it – I know a lot of gamers who are going to devour this and love it and rave about it. But if you are looking at gaming as a family – this is not the path for you… just yet. 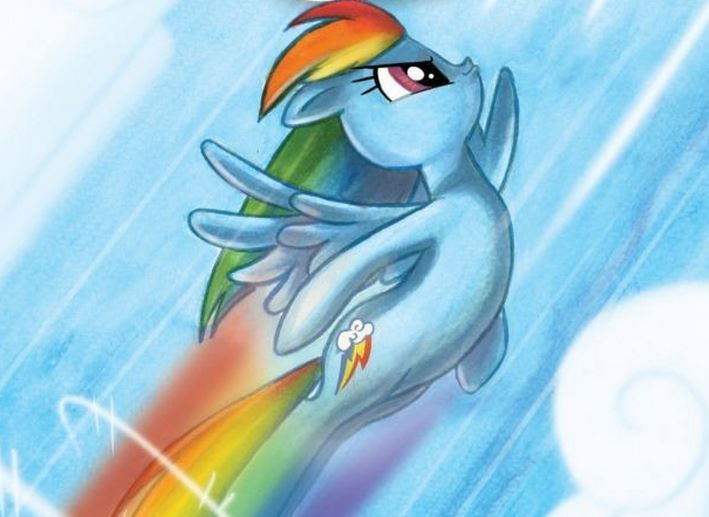