Though the new year always brings with it a sense of hope and optimism toward the future, it is only appropriate that we also take a look back and celebrate those who helped advance the collective culture we currently enjoy. It is with admiration and respect that we acknowledge just a handful of those individuals who we lost in 2015. Thank you for your contributions and the joy you brought into this world. 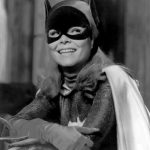 Yvonne Craig
May 16, 1937 – August 17, 2015 (aged 78)
An actress who appeared on a number of television shows including Star Trek was best known as Barbara Gordon, AKA “Batgirl,” on the Adam West-helmed Batman series. She passed away from metastatic breast cancer which spread to her liver. 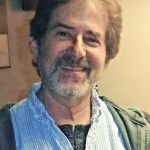 James Horner
August 14, 1953 – June 22, 2015 (aged 61)
You may not be immediately familiar with the name “James Horner,” but if you saw a major motion picture in the past thirty years, then you’re probably familiar with his work. Horner was a skilled musician who composed the scores for a number of legendary geek-centric films including Krull, Star Trek II: The Wrath of Khan, Star Trek III: The Search for Spock, Aliens, Willow, The Rocketeer, Braveheart, and Avatar. Over the course of his career, his accolades include the Grammy, the Golden Globe, and the Academy Award. He died in a plane crash. 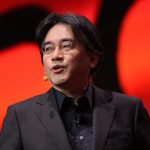 Satoru Iwata
December 6, 1959 – July 11, 2015 (aged 55)
Mr. Iwata is largely responsible for the Nintendo we know and love today. Beginning first as a programmer for NES, his games would go on to include Joust, Balloon Fight, NES Open Tournament Golf, EarthBound, and the Kirby games before rising through the ranks to become president of the company. Instrumental in the launch of the Nintendo Wii, his impact in the industry will be felt for a long time to come. He passed away this year from complications from a bile duct tumor. 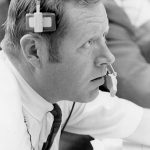 Jack King
February 12, 1931 – June 11, 2015 (aged 84)
You may not recognize his name, but there’s a strong chance you would recognize his voice. No, he isn’t a famous voice actor, but rather the “Voice of Apollo” during the Apollo 11 launch which sent astronauts to the moon. He was a Chief of Public Information and Public Affairs Officer for NASA and worked as Chief of Public Information during projects Mercury, Gemini, and Apollo. He passed away from congestive heart failure at the age of 84. 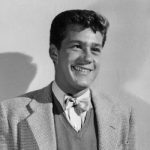 Jack Larson
February 8, 1928 – September 20, 2015 (aged 87)
Larson thought his role of reporter Jimmy Olsen on The Adventures of Superman left him typecast, but he would eventually embrace his legacy and appear in several later versions of the Superman legacy. Also, architecture fans will recognize Larson’s famous Frank Lloyd Wright-designed home as the George Sturges House in which Larson lived until his death. 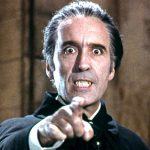 Sir Christopher Lee
May 27, 1922 – June 7, 2015 (aged 93)
The venerable Sir Christopher Lee played so many iconic film roles it’s hard to keep up. Aside from his role as a WWII vet in real life, the British thespian portrayed everyone from Dracula to Star Wars‘ Count Dooku to Sarumon in The Lord of the Rings films. Sadly, respiratory problems and eventually heart failure took the life of one of the last of his generation’s silver screen legends. 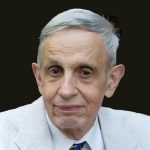 John Forbes Nash Jr.
June 13, 1928 – May 23, 2015 (aged 86)
A senior research mathematician at Princeton University whose life was depicted by Russell Crowe in the Academy Award-nominated film A Beautiful Mind, John Nash was a brilliant man who shared the 1994 Nobel Prize in Economic Sciences. Both he and his beloved wife Alicia lost their lives in a car crash earlier this year. 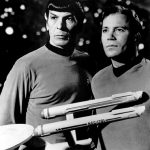 Leonard Nimoy
March 26, 1931 – February 27, 2015 (aged 83)
Spock. Beloved actor and director Leonard Nimoy is a household name to geeks and non-geeks alike. Although his career spanned many decades and a number of roles, his portrayal of the emotionally stifled Mr. Spock on the sci-fi staple Star Trek was the bedrock on which many geeks planted their flag. He died due to complications from chronic obstructive pulmonary disease. 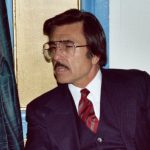 Gary Owens
May 10, 1934 – February 12, 2015 (aged 80)
A Comic-Con mainstay, Gary Owens was a cartoonist, disc jockey, and voice actor. Aside from serving as the announcer for Rowan & Martin’s Laugh-In, his most famous roles include those of Space Ghost, Roger Ramjet, and Powdered Toast Man from Ren and Stimpy. He died from complications due to type 1 diabetes.
Photo by Alan Light 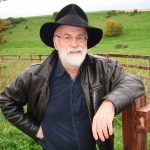 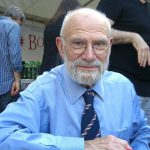 Oliver Sacks
July 9, 1933 –  August 30, 2015 (aged 82)
A neurologist, professor, and author who accumulated so many accolades it’s hard to keep track. His novels The Man Who Mistook His Wife for a Hat and Awakenings were two of his most notable works, with the latter being the basis for the film starring Robin Williams. The New York Times-described “poet laureate of contemporary medicine” died due to metastases from an ocular tumor.
Image © Luigi Novi / Wikimedia Commons 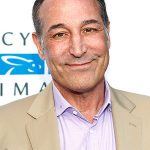 Sam Simon
June 6, 1955 – March 8, 2015 (aged 59)
The late Sam Simon was a director, producer, writer, boxing manager, philanthropist, and poker player most well known as the Emmy-winning co-creator of The Simpsons television series. Aside from his notable credits, Mr. Simon should also be remembered for his generosity by donating his vast $100M estate to charity following his death from colorectal cancer.
Photo copyright People.com 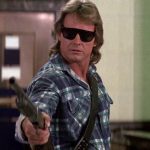 Roderick George “Roddy” Toombs (Piper)
April 17, 1954 – July 31, 2015 (aged 61)
The bubblegum-chewing, ass-kicking star of the cult classic film They Live is probably most known for his wrestling persona of “Rowdy” Roddy Piper. With an in-ring career spanning 42 years, the Canadian actor and wrestler accumulated 34 championships. He passed away this summer from suffering cardiac arrest. 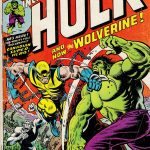 Herb Trimpe
May 26, 1939 – April 13, 2015 (aged 75)
The longtime comic book artist was best known for his work on the iconic series The Incredible Hulk during the 1970s. Though his career spanned decades and numerous titles as an artist (and sometimes writer), he will always hold the distinction of being the first artist to draw the character Wolverine in print for Marvel.

A Google-a-Day Puzzle for Oct. 3

Natural History—the Smithsonian on Your Bookshelf