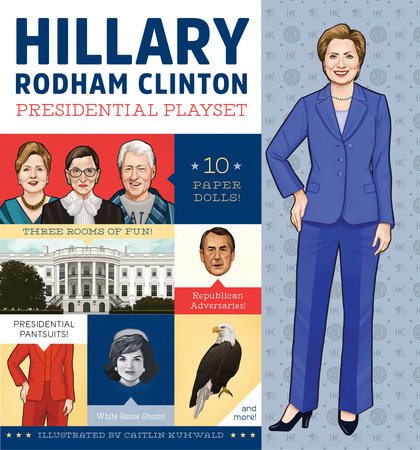 In these days of apps, games and show-streaming, it’s unusual to amuse yourself with something as analog as paper dolls. Leave it to Quirk Books to come up with a fun, pop culture-friendly take with the Hillary Rodham Clinton Presidential Playset.

Illustrated by Caitlin Kuhwald, the paper doll set imagines Hillary as the first woman in charge of the Oval Office.

This paper POTUS set comes self-contained in a book with punch-out characters, accessories and fold-out backdrops. There’s even a strap to keep everything together and a pocket on the inside cover to store your dolls after play.

You can do proper and presidential things like have Hillary give a press conference or welcome guests on the East Lawn. Since Clinton has been in the public eye for so long (especially for me, because I live in Arkansas) I love putting her in new scenarios like starring in an Situation Room reality show with Supreme Court Justice Ruth Bader Ginsburg and New Jersey Governor Chris Christie, or have her ghost-hunting with Bono and Oprah in the Oval Office and talking to the specter of George Washington or Nancy Reagan.

All those characters are included, along with a generic Republican adversary that, with a quick face change, can become Jeb Bush or John Boehner. Don’t worry, Hillary has her own set of faces to swap out, too, including the Badass, Commander-in-Chief and Red Carpet-ready.

I particularly love the fact that the Bill Clinton paper doll is dressed in PJs with a coffee cup and interchangeable saxophone. When using the fold-out backdrops, I found that a bit of tape keeps the bottom secured so you can position your dolls where you want without them toppling over. Also,keep an eye on your pets. Bill was occasionally spirited away for a cat nibbling on a few occasions.

This set is a lot of fun for kids or grown-ups, and it works best if you leave politics at the door and just be silly. I’m very close to creating a pimped-out Mystery Machine and have her, Bill, Secret Service Agent Grant and Rand Paul play out Scooby-Doo plots, along with Liberty the Eagle as Scooby. Who’s the spooky guy behind the mask? It’s none other than Donald Trump, available in a free expansion pack from the Quirk Books website.

You can download and print Donald and Bernie Sanders for a whole dimension of adventure. If there are further expansion packs, I’m hoping for a Joe Biden paper doll so he and Bill can play out their own public access show from the White House, Wayne’s World-style. 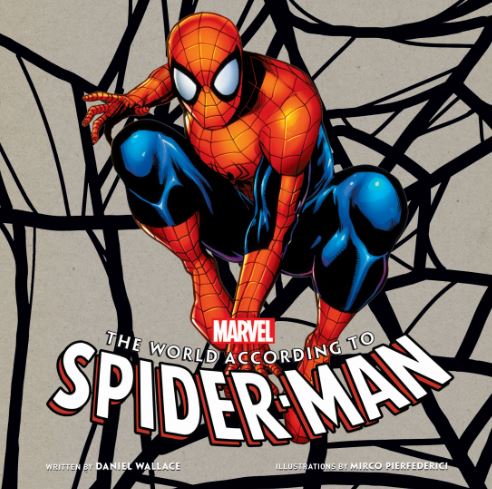 A Surprise For This GeekMom – Playmobil Is For Older Kids Too!