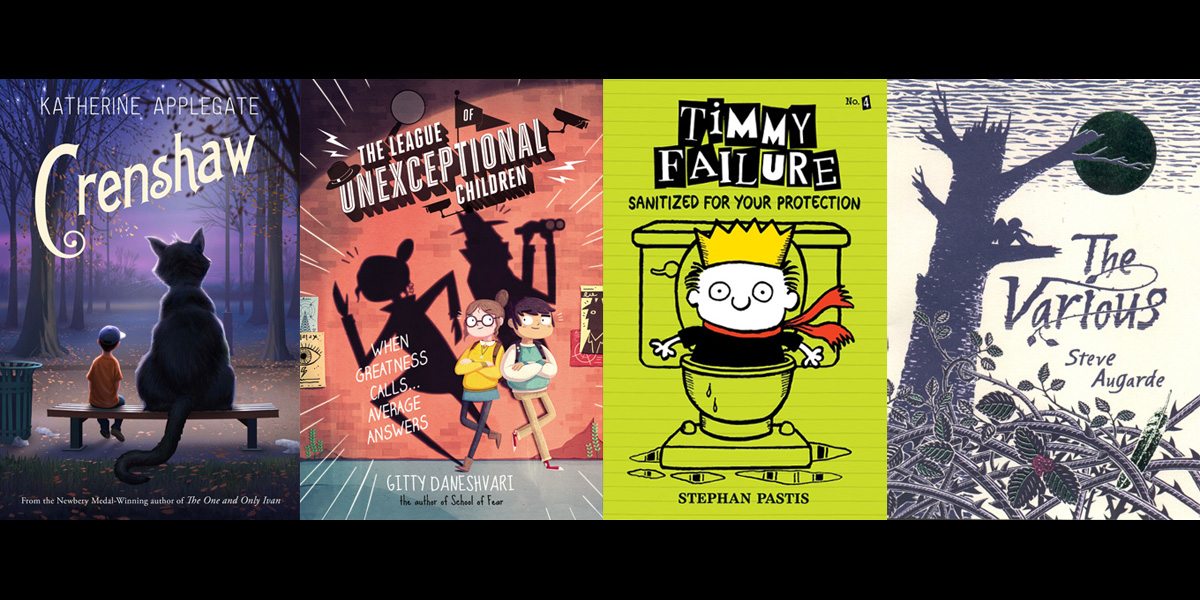 Today’s Stack Overflow’s a short stack, not so much because I haven’t read as much but because for various reasons I haven’t had as much time to write. Today I’ll review the last few books I’ve read aloud to my older daughters. Despite the fact that my oldest is nearly 12, she still loves having stories read aloud, so my wife and I both read different books to them, and storytime is a cherished part of the bedtime routine. 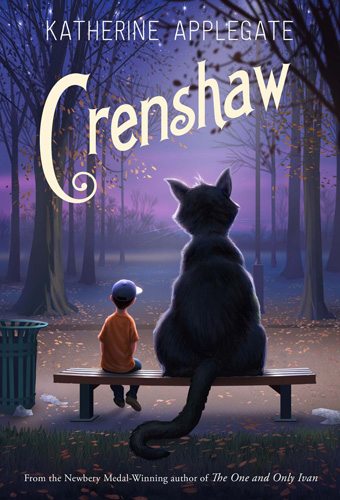 Jackson’s family is going through some hard times–not enough to pay the rent, despite selling off most of their possessions at a garage sale. He remembers the time when they had to live in their minivan for a while, and that was when his sister was still a baby and their dog was just a puppy. That was also when he met Crenshaw, an imaginary talking cat. Now, he’s in fifth grade, and he’s into facts. Things that are real. So it’s a real surprise when Crenshaw shows up again.

Applegate plays around with the “is he real or isn’t he?” question–Jackson himself even questions if he’s just cracking under the pressure–but the truth is that Crenshaw is a very fun character. But the book itself isn’t all fun and games; in fact, I think it’s an intimate look at what poverty and homelessness are like, particularly from a child’s point of view. Jackson tries to be strong and mature, making promises to his little sister and coming up with games they can play to help forget when they’re hungry, but it’s really more than he should have to handle on his own.

Crenshaw was a fairly quick read for us–the chapters are short and we would get through several each night–but it helped give us a different perspective on homelessness, and also sparked some conversations about imaginary friends. 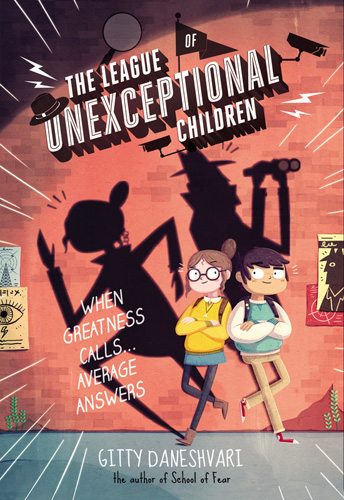 The League of Unexceptional Children by Gitty Daneshvari

Many of the kids you read about in books are special: they have some unique talent, or were predestined to greatness, or are just plain remarkable. Or they’re misfits, outsiders who somehow manage to succeed despite everyone’s expectations. Not Jonathan Murray and Shelley Brown. They are completely average, and forgettable. People forget their names, don’t remember meeting them, and are, well, invisible.

That’s what makes them the perfect spies.

The League of Unexceptional Children is a secret network that recruits these average kids for jobs that need to be kept under-the-radar. When the vice president is kidnapped and vital secrets are put at risk, Jonathan and Shelley are recruited to figure out who the mysterious Seal is and prevent him from getting the access code out of the vice president.

The book is hilarious–the League is run by a tough-as-nails Hammett, a no-nonsense guy who is nevertheless surrounded by nonsense. Jonathan is a kid who acknowledges his own deficits and generally can’t believe that he’d be picked for anything. Shelley, meanwhile, believes (mistakenly) that she is exceptionally skilled, and is constantly retracting statements because her mouth blurts out things before her brain can stop it.

My kids and I really enjoyed reading this one–it has a bunch of the things you’d expect from a spy novel, but with average kids instead of superspies. 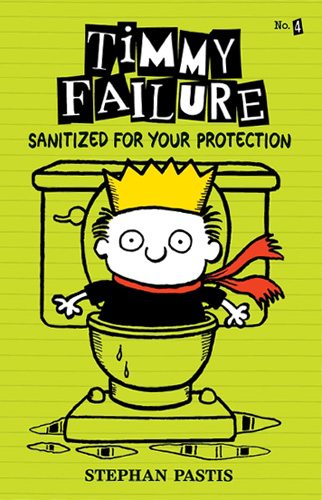 Timmy Failure #4: Sanitized for Your Protection by Stephan Pastis

We’re up to the fourth Timmy Failure book. In case you haven’t heard of Timmy Failure, he’s a character dreamed up by Stephan Pastis (of Pearls Before Swine) and he’s hilariously awful. Timmy thinks he’s the world’s greatest detective, but he’s actually totally clueless. In this volume, Timmy has been hired by his friend Rollo to track down some missing funds from a charity to buy books for poor Yergi Plimkin.

Of course, the first person he suspects is Molly Moskins, the nation’s most wanted criminal–AKA a somewhat strange girl who happens to have a crush on Timmy. And, as it just so happens, Molly’s mom is the new best friend of Timmy’s mom, so they’re going to spend spring break together on a cross-country road trip.

Timmy’s brand of unreliable narration is something special, punctuated by his helpful drawings. When he and Molly (and Total, his former business partner and pet polar bear) wind up on their own in Chicago, it’s a pretty crazy adventure. 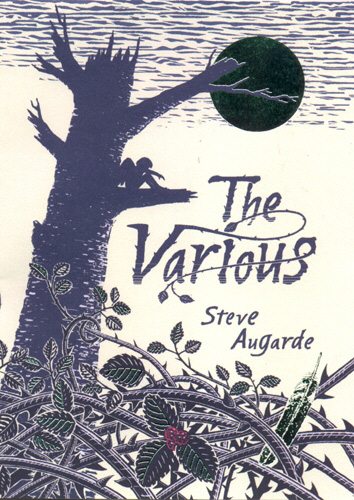 The Various by Steve Augarde

I’ve been wanting to read this to my kids for a while now, and I finally convinced them to give it a shot. It’s one of my favorite trilogies, although the US paperback covers are pretty terrible and it’s no wonder that it hasn’t fared better here. I wrote about the books (and the different sets of covers) five years ago, and it still irks me every time I think about it.

Anyway, the story is about Midge, a young British girl sent to stay with her uncle out in the country for the summer. She goes off to explore the grounds and discovers a world of little people–the Various–who live in the thick forest up on a hill. But although the Various may have inspired stories of leprechauns and fairies, they aren’t your typical friendly magical creatures. In fact, they can be downright frightening. Midge finds herself bound up in their story, though; she hears her uncle say that the hill is up for sale, probably to some developers who will tear down the forest and build houses. What will happen to the Various then–where can they go?

We’re not all the way through the first book yet, but my kids are hooked, and I’m excited to re-read this trilogy with them.

Disclosure: I received review copies of these books except The Various. 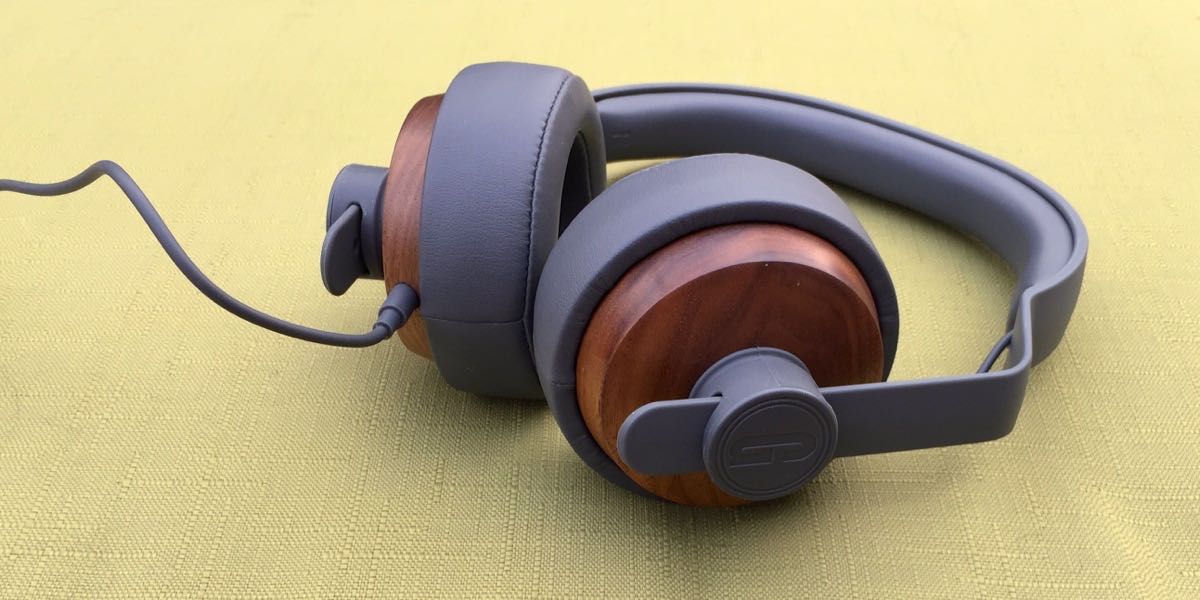 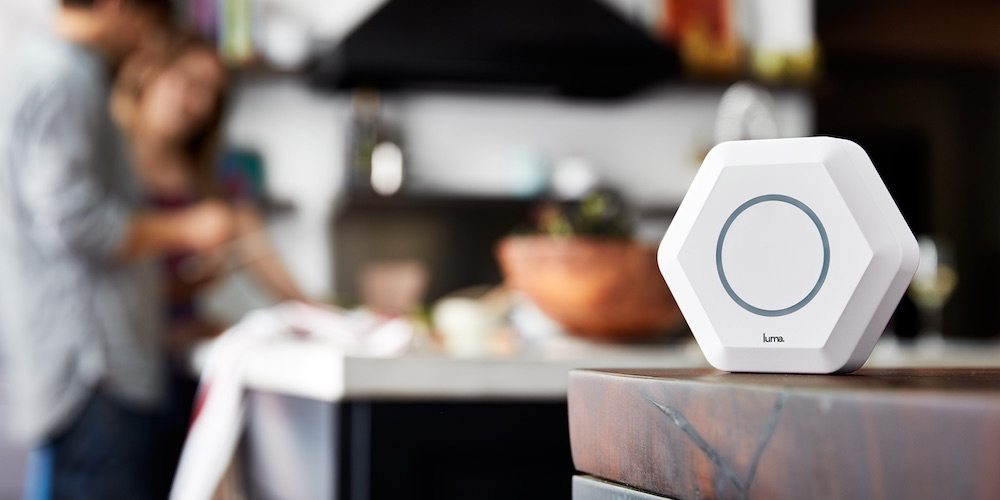 Set Up A Secure, Monitored Wi-Fi Mesh Network in Minutes with Luma Wireless