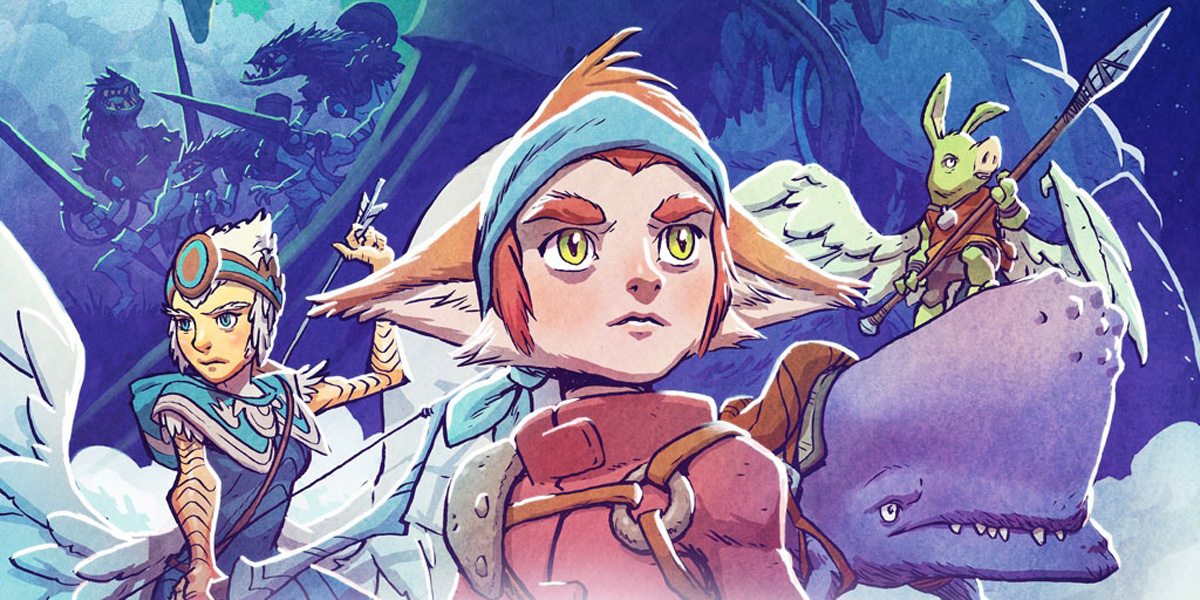 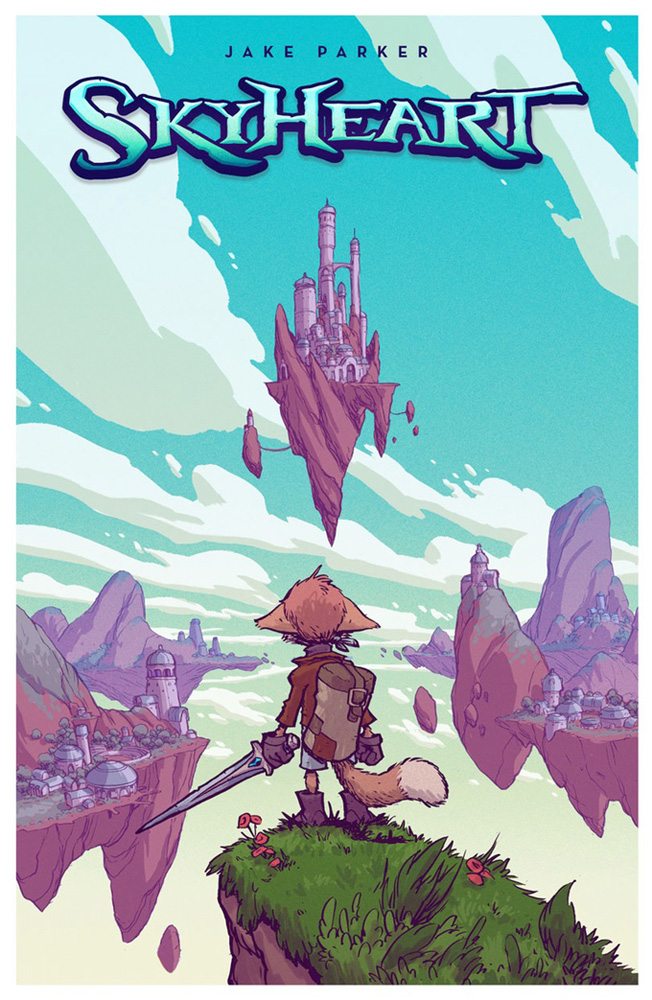 My family loves Jake Parker’s books–we have his Missile Mouse comics, and I backed his previous Kickstarter projects, for a comics anthology called Antler Boy and his sketchbook collection Drawings (and then also ordered a copy of the follow-up book Drawings II). So I was really excited to see that he has launched his third Kickstarter project, SkyHeart.

SkyHeart is based on an idea that Parker has had for a while, about a planet that was torn apart, with islands and continents floating in the sky. Some of the characters will be familiar to those who have seen his sketchbook collections–now there’s finally going to be a story to go along with them!

Take a look at the video below to see some of the gorgeous artwork that he’s already put together for SkyHeart, and then visit the Kickstarter page to read more about it and put in your pledge! Rewards include paperback or hardcover editions of the book, plus prints and original artwork.