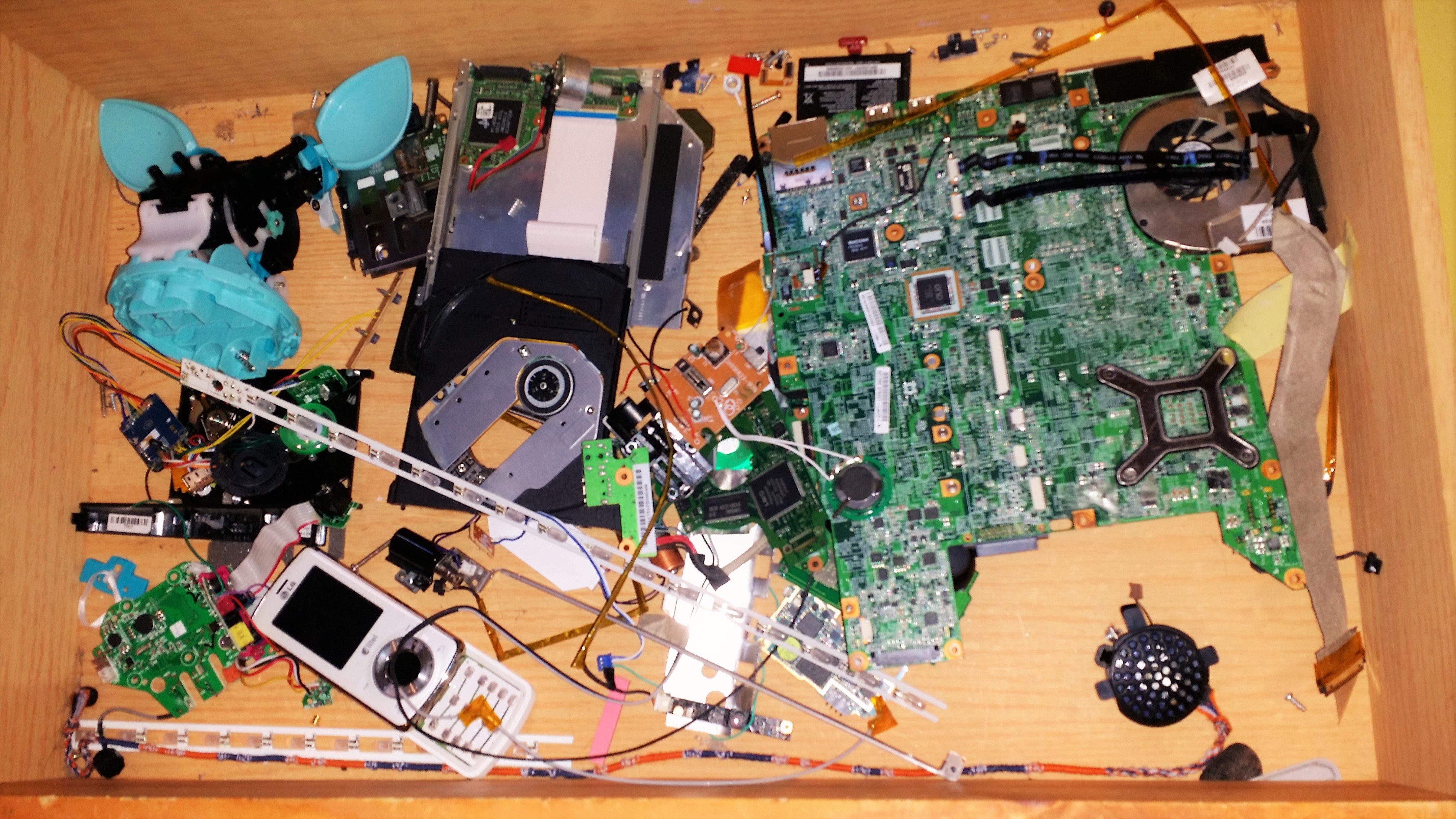 I was NEVER a fan, and my kids knew it. My daughter, the evil genius that she is, would place Furby in my dresser drawers. As I would put away laundry, Furby would wake up and start talking. Naturally I would start screaming when my undergarments voiced a yawn and cried about hunger pains.

Sometimes I wonder if my mom bought my daughter a Furby as retribution for all the horrible things I did in my childhood. So, when I discovered that my son took Furby apart to see the components that made it function, I wasn’t as mad as I should have been.

I didn’t know it at the time, but deconstructed Furby was the beginning of our journey to harness my son’s curiosity. Fortune favored me because I eventually stumbled upon a geeky dad with the answer to my problem.

Like most children, my son has always been curious about how things work. However, he is more like the anti-MacGyver when it comes to electronics.

Whenever an electrical device disappeared, his room was the first place we looked. The trail of screwdrivers, hammers, and wrenches were normally a dead giveaway.

One day, I discovered that my son took apart his old laptop. I was slightly more distressed than I was about the Furby. Several weeks later, I discovered a drawer full of other deconstructed electronics: a cellphone, an MP3 player, a Wi-Fi router, several thumb drives, and other unidentifiable devices.

The only thing I could assume was that he found the electronics junk bin and went to town. Let’s just say, I needed an exorcism afterward because I felt like a possessed Reagan from The Exorcist–minus the projectile pea soup–as I verbally slayed my son for destroying things that didn’t belong to him. The struggle was real. My ears burned with the words of my mother: “I hope you have kids exactly like you when you grow up.”

Shortly after, I felt like a horrible parent for yelling at my son. He was just curious. The worst part was realizing I was a hypocrite. When I was a kid, I left all kinds of carnage and wreckage in my wake. Like a Category 5, Hurricane Missy was a force to be feared.

Mostly, I broke stuff but “tinkered” sounds more educational. Destruction was my form of acquiring knowledge. Most of the time, the learning curve consisted of getting caught and receiving a butt whoopin’ or getting better at feigning ignorance when items magically appeared broken or missing. Although my mother got her wish, partially, I am pretty sure my kids aren’t half as bad I as I was. Thank God!

However, my worst nightmare was becoming a reality: I was hindering my child’s creativity and curiosity.

But my sanity was also at risk, as were my household electronics. Einstein’s definition of insanity was palpable: “Doing the same thing over and over again and expecting different results.” I realized that my son’s curiosity would only grow, and I had to find a way to foster a healthy relationship between his curiosity and the safe keeping of my electronics.

So, before he could set his eyes on deconstructing anything else in our home, I started my search for a hands-on STEM project. I knew I had to find something that would teach him about electrical components.

The biggest issue I faced was that–unlike Bill Nye and Neil deGrasse Tyson– I don’t science very well. I know, I know–voice your boos and hisses. I wish I understood science better and I wish I wasn’t afraid of math. However, math and science just aren’t my strong suit. Reading and writing, I’m your girl. Math and science, I feel lost in space.

In my defense, even my geeky husband who is familiar with electrical engineering–and has a serious obsession with Nikola Tesla–lacked the knowledge and know-how to teach our son.

Teaching kids can be difficult because they need fun and play to be a part of the education process. Also, a great deal goes into creating and planning a curriculum that is both educational and entertaining.

Grabbing hold of a child’s attention, and maintaining that grip, can be difficult in this day and age. So when I discovered a monthly hands-on project kit with a focus to teach kids about electronics, I subscribed. At first, I wasn’t sure what to expect of EEME (Electrical Engineering Mechanical Engineering), but my son was hooked after working on his first project.

EEME, pronounced ee-mee, is a hands-on kit that teaches kids, between the ages of 7-12, about resistors, capacitors, photoresistors, transistors, and other fundamental components of electrical engineering.

Similar to Khan Academy, EEME provided step-by-step video tutorials. However, there was a slight difference. With the monthly subscription, a subscriber will receive a project kit. This was a hands-on approach to learning and the curriculum was already built and taught by someone who knew what they were doing, unlike me. Kids not only learn how to assemble each EEME project, they learn the electronics concepts behind each build. The initial subscriber kit will contain batteries, wires, and a breadboard. With every following month, the kit will contain new resistors, LED display, transistors, and much more.

Each project build time will average between 1.5 – 2.5 hours.

Being on the higher end of the recommended age range, my son was able to work on each project without supervision. WOOT! Not only did I find an educational project for my kid, but I was given several hours of peace and quiet.

Can you say “Mommy time-out”?  Not to mention, the electronic devices in my household finally found peace in knowing they would not be sacrificed in the name of science. Oh sweet, sweet serenity. Thank you EEME dad.

Jack Pien, the EEME dad, created the program with a goal for each project to have a tight coupling of building with learning, sparking an “aha moment,” as he puts it.  For Jack, EEME is not just about electronics or engineering. Kids should be curious about how everything works: “In today’s information age, once a kid is armed with curiosity, the sky’s the limit as to what info they can acquire and what they can accomplish.” He wanted a way for younger minds to grasp bigger concepts within electrical and mechanical engineering.

Like many geeky parents, Jack wanted to foster that same curiosity for his own son. At the birth of his child, Jack took an eight-month sabbatical to be with his family. He worked on various electronics and electrical engineering projects for fun, while taking extensive notes.

The inspiration for creating EEME was birthed from his hopes to share his interests of electrical and mechanical engineering with his son. But how do you break down years of knowledge for a child to understand?

Jack remembered the calculators he took apart as a kid and all the Radio Shack electronics kits he played with, but, at the time, he didn’t understand what he was taking apart and how it worked.

His journey started with researching educational resources for kids, and he found some fantastic resources and MOOCs (Massive Open Online Course). Jack even stated that because of the internet, MOOCs and websites like Khan Academy truly democratized learning. But, he couldn’t find any hands-on project kits that meld the experience of building with MOOCs. Thus, EEME was born. Once the project came to fruition, Jack was able to enjoy the nostalgic moments of deconstructing and building electronic kits from his childhood, with his son.

Thanks to EEME, I was inspired to learn more about STEM projects, and my interest continues to grow, like my son’s. Even though math and science are not my forte, every once in a while my son requires an assist with his EEME build.

I find myself intrigued by the monthly project kits. Should I manage to find some spare time between grad school, writing for GeekMom, and maintaining a household with two hooligans, I could definitely see myself working on my son’s monthly project kits. Besides, my kid gets his curiosity from me. I want to learn about electrical concepts too. I know, I know–I am completely outside of the recommended age range, but, in truth, it is never too late to learn something new, right?

If it wasn’t for Jack Pien’s EEME project, I would still be ripping my hair out and resorting to living a Luddite or Amish lifestyle. EEME was birthed into the world of MOOCs from the intellect of a geeky dad that wanted to share his love of STEM with his child.

As a geeky mom, I respect him as a fellow geek, and because of EEME dad, I have my sanity for fourteen peaceful months.

My son is currently working on his eleventh month: Project Spin. With only three more projects left in our subscription before graduation, once again we are about to embark on a new journey: the Raspberry Pi kit.

Sweet baby Jesus, we are in for a bumpy ride. Luckily, another GeekMom author started a series on coding. I will probably end up reading Sophie Brown’s articles “Starting from Scratch: Developing Interest.” I will need all the help I can get, because, remember, I don’t science very well.

Taking Mentos and Coke Zero up a Notch 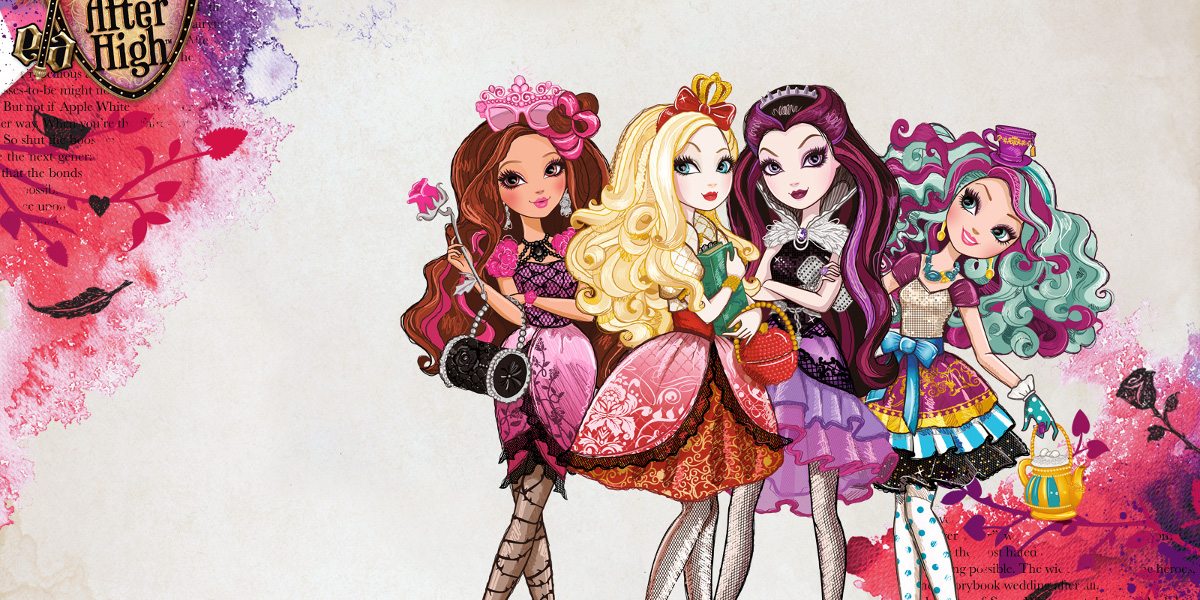 Doctor Who: The God Complex – A Recap