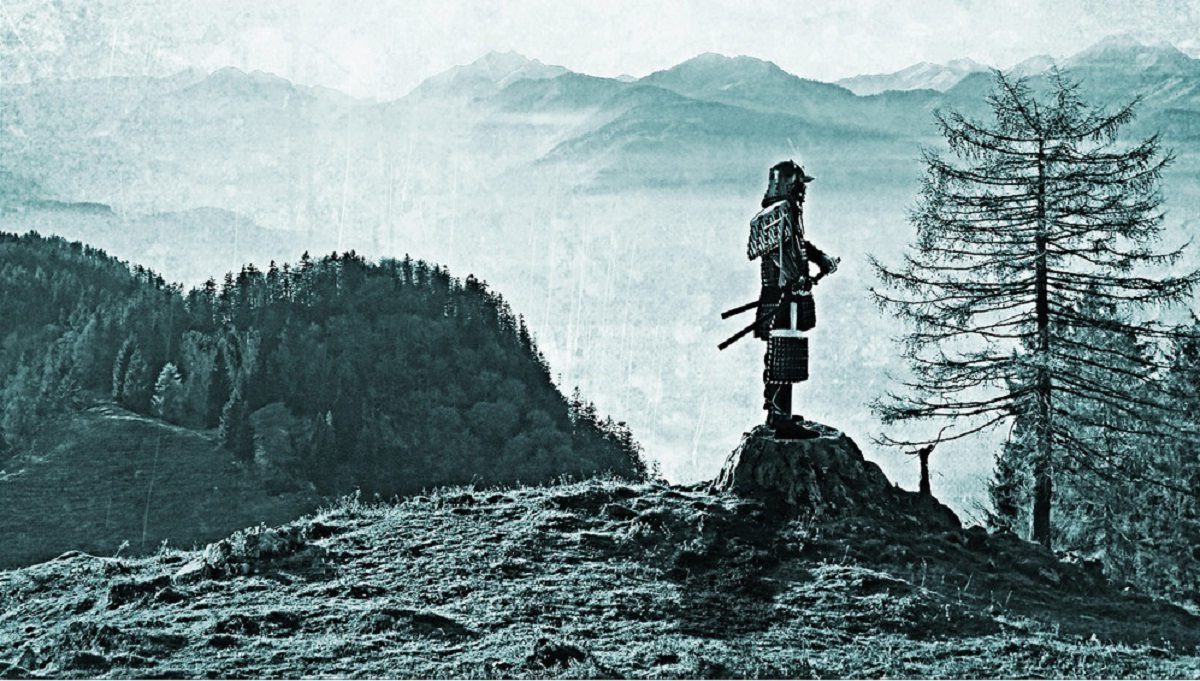 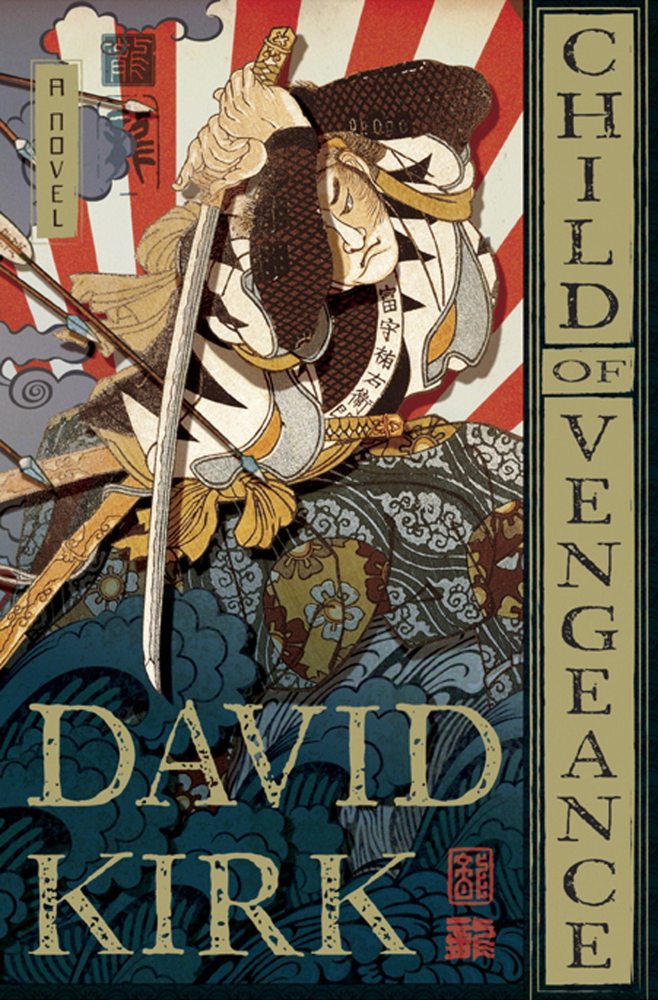 The second book in a series about the life of Musashi Miyamoto (author of The Book of Five Rings) and his life as a samurai has just been released by Doubleday.

The first installment, Child of Vengeance, followed Musashi from his early adolescence until the famous battle of Sekigahara. His enormous ability with the sword made him unbeatable in combat, but it’s his mental and moral development that the author, David Kirk, explores in-depth.

Based in Sendai, Japan, Kirk is currently translating ancient Japanese texts and visiting all the locations mentioned in this new book. His books are amazing, a way of giving us historical perspective about feudal Japan by making us resonate with one character and his ordeals; just as Dumas did with The Three Musketeers and 19th-century France. His language is superb:

“Consider that some men believe this to be a way in which things become holy, Bennosuke,” said the monk. “I say these words in this place as dozens of men have done before me, and dozens of men will continue to say after I am dead. In this we share an experience exactly, and thus our souls are as one, split only by the shadow of time. I am a vessel for both history and future, my body may change, but my essence is constant. This is one way to the infinite.” –Child of Vengeance

The man who calls him Bennosuke is Musashi’s uncle Dorimbo, a Buddhist monk who adopted him after his samurai father had left. The rigid moral codes and rituals of samurai culture relent somewhat under his supervision, being as he is a man who abhors violence. When his father finally arrives and reveals to him the cause of his departure, a new path unfolds for Musashi. His father has insulted the son of a baron, who wants his revenge, something he will carry out with a lowly plot. Before his father commits seppuku, he asks Musashi to avenge him in his turn.

What else were men and women put upon this earth to do other than to give their lives to something entirely? And how similar vengeance and love were, for both were born of devotion and obsession–but where love was a shapeless haze with no clear end, vengeance took those same emotions and focused them, drove them toward a wonderful climatic moment. –Child of Vengeance

17th-century Japan is brutal and full of violence. The beliefs that support samurai culture are bloody and complex. By following his vengeance, Musashi learns that he is not meant to be a samurai in the usual sense of the word. After the defeat of Sekigahara, he must fight for his life and his ideals as he finds a new way to live. Sword of Honor explores how his rage turns him into a renunciant hero:

You are all of you young men, and you do not remember it as it was. You perhaps think that a renunciant is a samurai who reneges his courage, his will to fight, his ability with arms. You are wrong. A renunciant is a samurai who retains all that, and gains religious zeal. Throughout my youth I fought rebellions by these heaven-maddened men, and never do I wish to do so again. –Sword of Honor 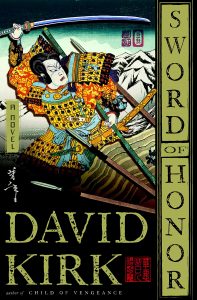 In this second installment, war has destroyed all he knows, tens of thousands of men lie slaughtered; the Armies of the East have claimed a terrible victory at Sekigahara. Musashi is now alone but alive. All men who fled the battlefield and have no master are being hunted down. His name is on a list of those who have dishonored the Yoshioka warriors, and a man has been sent to claim his head. Though he renounces violence, he must protect himself and seek revenge on those who would have him dead. With this aim in mind, he journeys to the ancient city of Kyoto to face the Yoshioka.

Another incredible feat is the way Kirk describes the moments of battle: the world stands still and you follow the minute movements of the sword as if it were a slow-motion film. When the blow strikes, you strike with it, and this is something that no movie can attain, the fantastic experience of a reader totally immersed in the story:

No drumbeat now but the rhythm of the universe was within him, he was sure. He carried it, the spark, whatever it was, it was within him. Drove him, his scope solely upon the finite range of his swords, and this he understood and could control. Could communicate with as clearly as he needed to this night. –Sword of Honor

What Kirk has accomplished in this series is a new way to understand a classic tale: the sword hero and his quest, in a world full of ancient rituals and beliefs, a world entirely different to our own. If you love samurai films, ancient Japanese traditions, and would like to immerse yourself in them, this is the best book I’ve read in years.

Sword of Honor was released November the 3rd.

Disclosure: I was given a copy of this book for review purposes. Featured image courtesy of Simon and Schuster. Both covers represent the Doubleday editions.

What If Nintendo Had Made Halo 3?