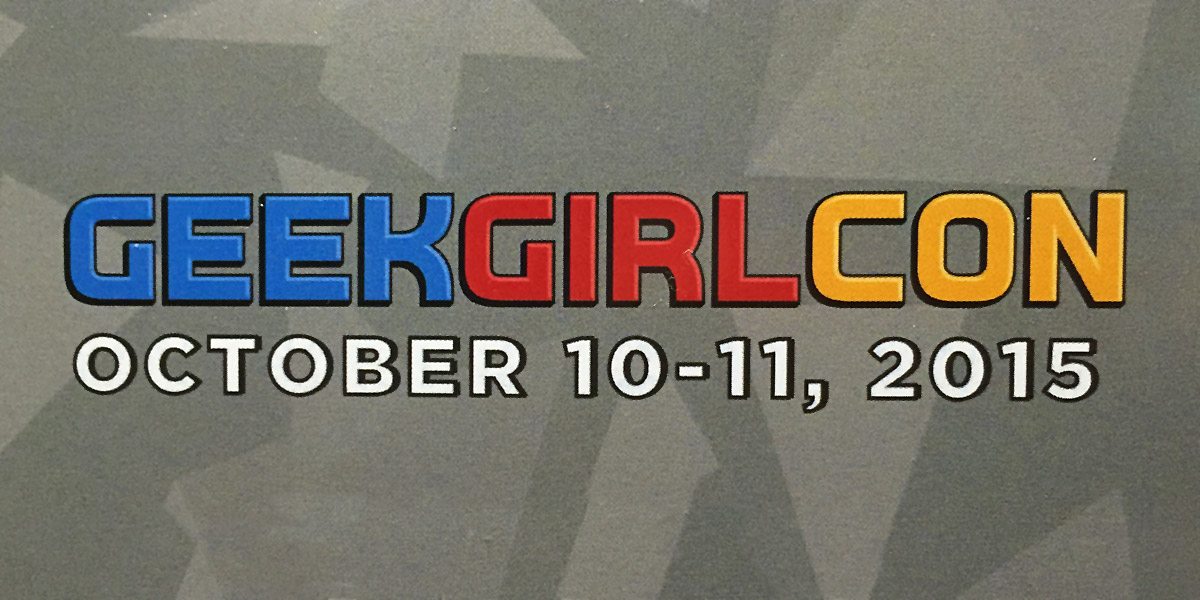 GeekGirlCon just held their fifth annual convention here in Seattle, WA. GeekGirlCon is all about celebrating women and their contributions across the sciences, technology, arts, and gaming.

GeekDad’s own Jamie Greene recently wrote about New York Comic Con and how different it is from small, local cons, and that is exactly one of the things I loved so much about GeekGirlCon. It is a small, local convention that doesn’t require hours and hours of waiting in line to get in to a panel. I never had to worry about not finding a seat. I didn’t get crushed or shoved walking down the aisles of the merchandise booths. Even G. Willow Wilson herself opted to attend GeekGirlCon instead of NYCC this year!

The only drawback to a con this small was for my son. He’s only two-years-old and all of his convention experience has been at Emerald City Comic Con where there are a lot of people and tons of cosplay. Although there is a lot of great cosplay at GeekGirlCon, there wasn’t the overabundance you find at a large con and that’s his favorite part of conventions right now. (Two-year-olds do not care to sit on a panel about the new X-Files show.) That being said, there was still some cool cosplay including my favorite from Inside Out. For more cosplay from GeekGirlCon, check out Kelly Knox’ gallery over at GeekMom.com The program guide and swag bag were pretty great for such a small con. The swag included a pin, a free e-book, a 20% off coupon for the Columbia store, and 20% off an item at Mox Boarding House, my favorite local game store (where we recently had a GeekDad gaming get together). GeekGirlCon also made full use of a Guidebook mobile program. I’m always impressed when a con has a good mobile guide that is always up to date.

I started off Saturday morning by grabbing breakfast before the con with my son and Kelly Knox from GeekMom.com. Although we are both locals, we’d never met! We then headed over to the con to check things out. As sometimes happens with a two-year-old, Owen wasn’t really in the mood for the convention and was negative about everything. We walked around a bit and tried to convince him to check out the DIY Science Zone, but he wasn’t having it. We went downstairs to check out the gaming area and finally found something he was willing to do–paint. We went to the Privateer Press paint and take. He got to paint his very first miniature ever. My wife picked him up after that so I could enjoy the rest of the con. Before I move on to the rest of my day, I wanted to give some more details about what is, in my opinion, one of the coolest things about GeekGirlCon–Dr. Raychelle Burks’ DIY Science Zone. The DIY Science Zone has 13 different science experiments setup that con goers, mainly but not all kids, can take part in to learn about all sorts of things. Here is the full listing. After lunch I finally got to hit up several panels. My first panel was The Fangirls Awaken: The Women of Star Wars featuring Tricia Barr, Lisa Granshaw, Linda Hansen-Raj, Kay Serna, and GeekMom, Kelly Knox. The panel discussed their fandom, how excited they all are about all of the strong female characters coming to the Star Wars universe, and some of their favorite things about Star Wars.

My next stop was the X-Files: Can’t Stop Believing panel with Sarah Mirk, Raychelle Burks, Pepper, Jo Jo Stiletto, Jennifer K. Stuller, and Erica Fraga. While NYCC attendees were treated to the first episode of the upcoming new season, the GeekGirlCon panel reminisced about the show, how much we all love Mulder (but how he can also be kind of a dick) and how badass Scully was. This panel was a lot of fun, and all of the panelists blew me away with their X-Files knowledge.

The next panel, Pockets, Purses, and Potty Breaks: Level Up Your Cosplay Design, was one of my favorite panels I attended. Meris Mullaley, Lauren Bond, and Katrina Hamilton had a lot of great tips and tricks for cosplayers of all skill levels, and I love learning new cosplay tricks as I’m trying to “level up” my cosplay. All three of the panelists were passionate about cosplay and had a lot of fun with the attendees and the subject matter which made the panel so enjoyable and fun.

I finished off the day with The Couple That Games Together panel with Mike Robles, Tifa Robles, Todd Tuttle, Corey Clemans, Kristina Horner, and Joe Homes. The panelists talked about how they deal with gaming in their relationships–when there is competition, a difference in likes, a difference in where games budgets should go, and other similar challenges. They also discussed ways they’ve gotten through those conflicts. I think any couple that games together, or doesn’t, has faced some of these challenges. It was refreshing to know we aren’t alone and to learn some strategies to deal with it.

Sunday kicked off with a little press meetup with the GeekGirlCon staff. It was really great getting to meet and chat with some other local media folks as well as all of the great GeekGirlCon staff. They are a great group of geeks who are passionate about their geekdom, their community, and their attendees.

My first panel of the day was also one of my favorites of the convention–GoT Science? with Meredith Rawls, Raychelle Burks, Emily Finke, and Stephen Granade. The panelists discussed, from an actual scientific perspective, some of the stranger things in Game of Thrones. My favorite take away was about the Dragon Eggs and hatching in fire. The panelists posited that because the planet has a lot of volcanic activity, the dragons probably evolved living near extreme temperatures and their eggs could be similar to some trees that have fire-ripened seeds. There could be a protein bonding that required extreme heat due to that environment. The panelists had a lot of fun with this topic and listening to them was a blast.

I then attended the Matriarchy in Mad Max: Mothers, Warriors, and Wives! with Kristine Hassell, Sarah Mirk, Kari Lerum, Jennifer K. Stuller, Elsa S. Henry, and Anita Sarkeesian. The discussion of what was good and bad about Mad Max: Fury Road from a feminist perspective was really interesting, especially since the panelists weren’t all in agreement. It was a fun and lively discussion about the film and the characters including a lot of things I never thought about but that make me want to see the movie again as soon as possible.

The last panel I attended was the Women, Diversity, and Comics: A Non-Compliant Discussion About The Comic Book Industry panel with Sabrina Taylor, Heather Harris McFarlane and G. Willow Wilson. Ms. Marvel is one of my current favorite super hero books (along with Captain Marvel), so I was really excited when I heard G. Willow Wilson was going to be at GeekGirlCon. The fact that she chose GeekGirlCon over NYCC should tell you a lot about the quality of the convention and how important GeekGirlCon is in the discussion of women in our media today. An attendee asked Wilson what type of character she wanted to see most. She responded that she would love to see a character who has a disability that they live with versus having a power that just “fixes” or negates their disability (like Daredevil who is blind but can still pretty much “see” because of his abilities).

GeekGirlCon was a welcome change to all the big conventions I did this year (doing PAX Prime and DragonCon back to back completely wore me out), and I can’t wait to go back again next year. I’m hoping my son will be old enough to appreciate it a little more and that we’ll get to spend some quality time together in the DIY Science Zone. 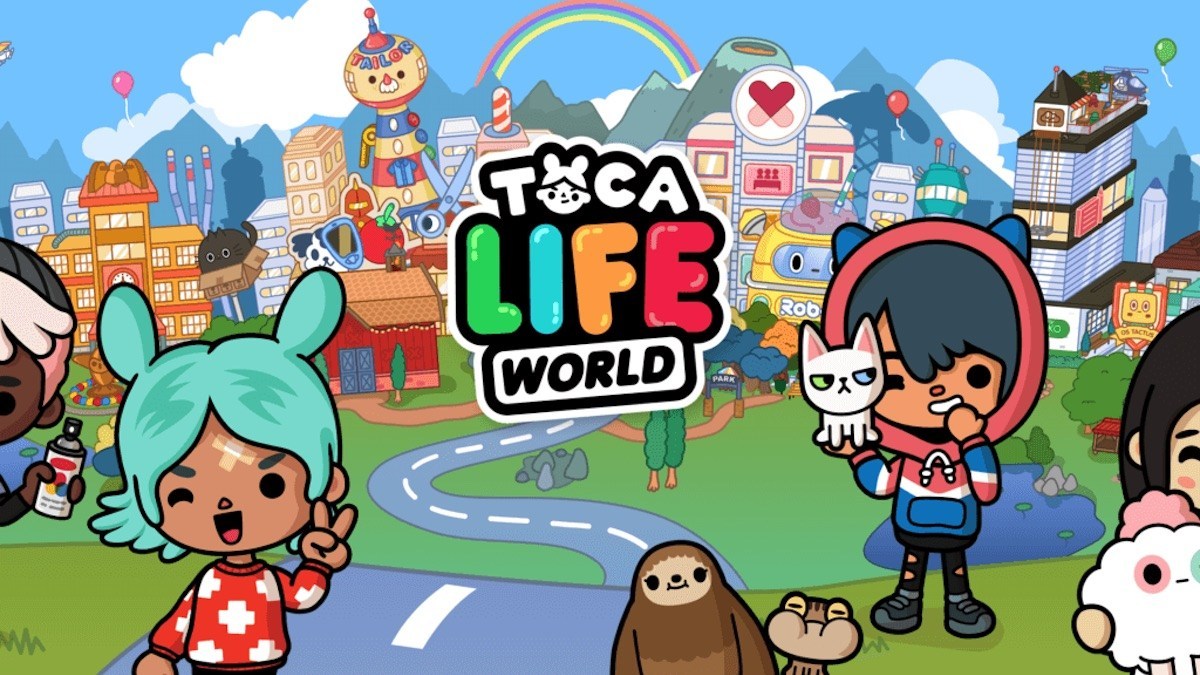 Punk Rock Parents and Other Oxymorons: GeekDad Reviews The Other F Word