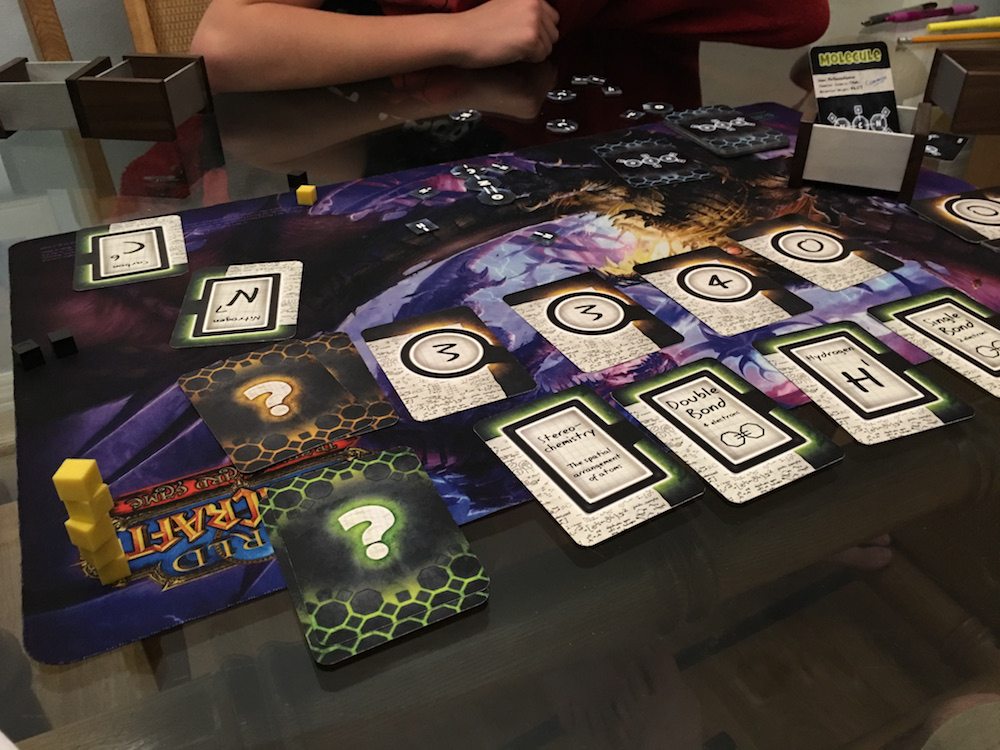 Covalence: A Molecule Building Game is the fourth Kickstarter campaign by Genius Games. In line with their other offerings (like Ion), Covalence is rooted in actual science and sees 2-4 players taking up the rolls of “Knowers” and “Builders” to create secret molecules based on a few cryptic clues. 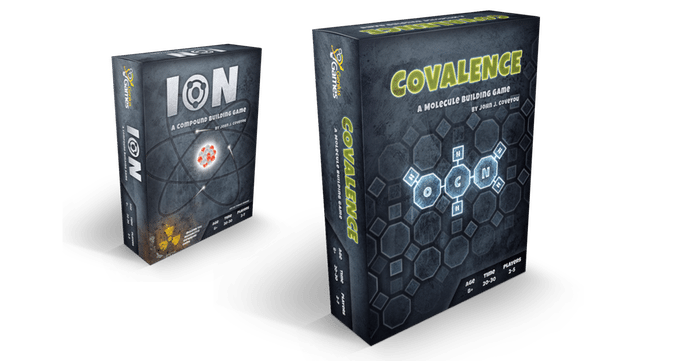 Usually I’d list it all out; but Genius Games has such a pretty graphic, I’m just going to share it here…

The components in the review sample I received were nicely made, with good card stock and solid cardboard for the elements.

How Does it Play?

Covalence sets up in just a couple of minutes and takes even less time to become a hair-pulling guessing game (in a good way!). The Builder gets their stack of Element tiles and their Guess and Clue tokens. Their stack of Secret Molecules is placed in front of them, only to be seen by the Knower who, in turn, has two sets of clues laid out: Number and Organic. Once gameplay starts, the Knower gives the Builder one free clue made up of multiple Number cards and a single Organic card to help them figure out what kind of molecule they’re trying to make. You then watch the Builder flub the interpretation of those clues fantastically before they use one of their precious Clue tokens to ask for more help. You go back and forth, repeating the process until the Builder thinks they have it right and plunks down a Guess token. You then get to stare at them as stoically as you can, not offering any further help, as they realize they got it wrong and proceed to rearrange everything and guess again until they’re out of Guess tokens. If they get it right, you’ll move on to the next Secret Molecule in their stack and hope they have enough Clue tokens to give them a fighting chance.

You might be wondering where the fun is in all of this (as my wife did when she wandered past while we were playing). But it really is fun and challenging for both players. The Knower has to get their clues just right and hope they don’t have to waste one of the Builder’s tokens either making up for a bad previous clue or clearing out a row of ineffective clues to choose more from the deck. The Builder, on the other hand, has to try and work with an extremely limited set of clues (like, “2” and “Single Bond”) and try to figure out what molecule they’re building without using up all of their Clues and Guesses. Thankfully, there are only four elements to choose from, and the molecules you’re building are all three-atom chains with Hydrogen attaching to the free bonds you have leftover. It still offers up enough possible combinations that you’ll be wrong, often.

Those with a deeper knowledge of molecular science may have a leg up in this game, as all the Secret Molecule cards represent actual molecules! You can learn some facts about molecular science while playing as well, like how molecular bonds work and how Hydrogen interacts with them. When I told my son that Hydrogen would bond with any open bonds in his molecules, it was a nice little lightbulb moment.

Covalence is a fun guessing game with a satisfying hard-science twist. It’s reached its funding goal on Kickstarter with two weeks left to go. You can get a Print and Play version of the game for just $1 and the full game is available for a $19 pledge. This being Genius Games’ fourth Kickstarter, they should have all the kinks in the system worked out; but standard crowdfunding caveats apply. If you’re looking for something different to bring to the table, and maybe slide a little bit of science education in at the same time, you’re going to want to check out Covalence. 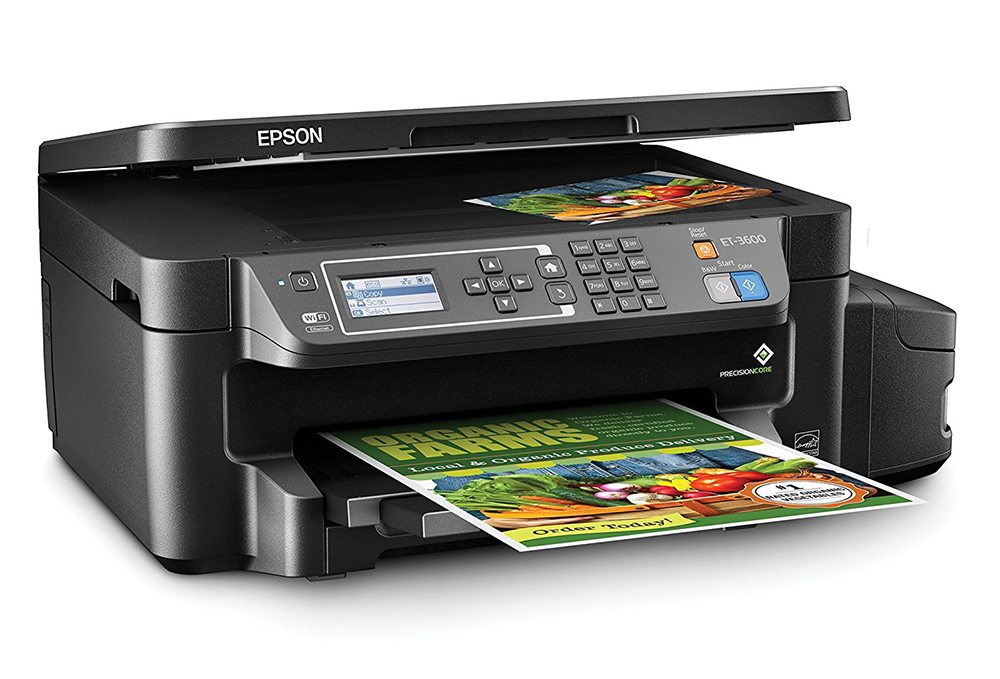