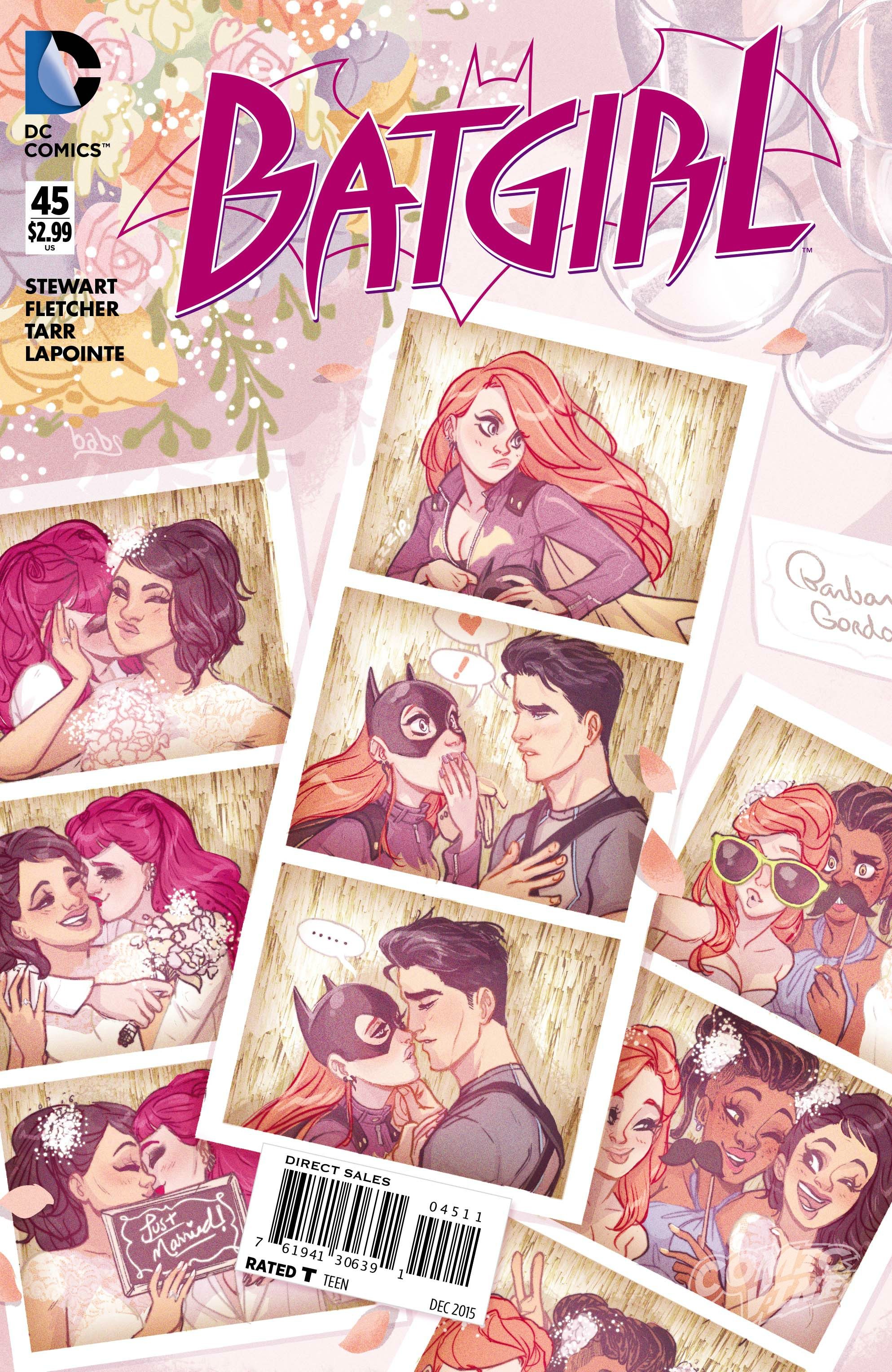 In 2013, Batwoman writer and artist J.H. Williams III quit the comic, citing that DC would never allow Kate Kane and Maggie Sawyer to be married as one of the major reasons for his departure.

“We were told to ditch plans for Killer Croc’s origins; forced to drastically alter the original ending of our current arc, which would have defined Batwoman’s heroic future in bold new ways; and, most crushingly, prohibited from ever showing Kate and Maggie actually getting married,” Williams wrote.

DC backtracked, claiming that none of their characters would be allowed to be married, a ridiculous stance that had them claiming the married couple Aquaman and Mera weren’t actually married. Batwoman the comic never recovered from Williams departure and has since been canceled.

Now, two years later, another Bat-comic, Batgirl #45, is hosting a LGBT wedding featuring Barbara Gordon’s former roommate, Alysia Yeoh, a trans character, and her partner, Jo. Meanwhile, over in DC Bombshells, Maggie and Kate are still very much an item, even being given a tasteful and beautiful love scene, and DC is publishing Midnighter, a comic featuring a gay male lead.

This is progress. That’s why Ray Goldfield and myself are we pulling out this review from our main DC issue recaps and giving it a spotlight today.

Batgirl #45 is on sale now at comic shops and Comixology.com

Ray: This issue has gotten a decent amount of hype, given that it features Barbara’s former roommate Alysia’s wedding to her partner Jo. You can’t talk about the issue without mentioning the importance of the fact that it features a transgender character marrying their same-sex partner, but I think it’s almost as important that in many ways, this is incidental to the story.

The diversity is present, but it exists organically in a story that is really more about Barbara’s double life causing complications for the most important day of her best friend’s life. As Barbara works to help ensure everything goes off smoothly for Alysia’s big day, she’s also on a wedding date with Luke Fox. I wasn’t a big fan of Luke in his solo series (bring back David Zavimbe!) or his story in Eternal, but he’s been likable in this series and the character has potential.

However, before they can have a nice date, a face from Barbara’s past shows up – Dick Grayson, looking to follow up on their tense conversation in Grayson a few weeks back. His arrival on the scene is hilariously over-the-top, and immediately causes tension between Barbara and Luke. While Barbara’s absence creates panic in the bridal party, Dick nabs Alysia’s wedding ring off Barbara’s neck and leads her on a rooftop chase so they can try to work out their issues.

I’m a little disappointed that DC seems to be sticking to this rift between Dick and Barbara, but it makes sense in context. Not everyone is just going to shrug off a faked death, and Barbara’s takedown of Dick’s “big romantic gesture” is well-written. The issue ends with a surprise Black Canary cameo, and the highlights of the wedding. This is one of the most beautifully drawn issues of the run, and Babs Tarr’s art is really well-suited to the light tone of the issue. The issue ends with a cliffhanger teasing a new mystery, but it feels a bit out of place in this issue. Still, a great, fun read, and we can safely say that this run is excellent with both hero stuff and character work.

Corrina: Before I talk about the issue, I have to tell colorist Serge LaPointe to take a bow. This comic is splashed with bright, pastel colors that highlight the joy of the wedding and make the comic bleed with happiness.

The wedding, after a detour while Babs and Dick engage in foreplay by jumping around rooftops, goes off beautifully, with that cameo by Black Canary and her band.

I know, it’s churlish of me to suggest that the Dick in my headcanon is not like this Dick Grayson who disrupts a wedding and makes off with wedding rings in order to talk to Babs. Yes, he needs to make amends with her but this is kinda stalkery. That Babs gives him a talking to helps the situation but he’s less compassionate and more arrogant here than I’ve seen him in a while.

See, what did I say? Churlish!

Yay, for a fine overall issue from the creative team and good on DC for letting this happen. Yay to Gail Simone for creating Alysia. 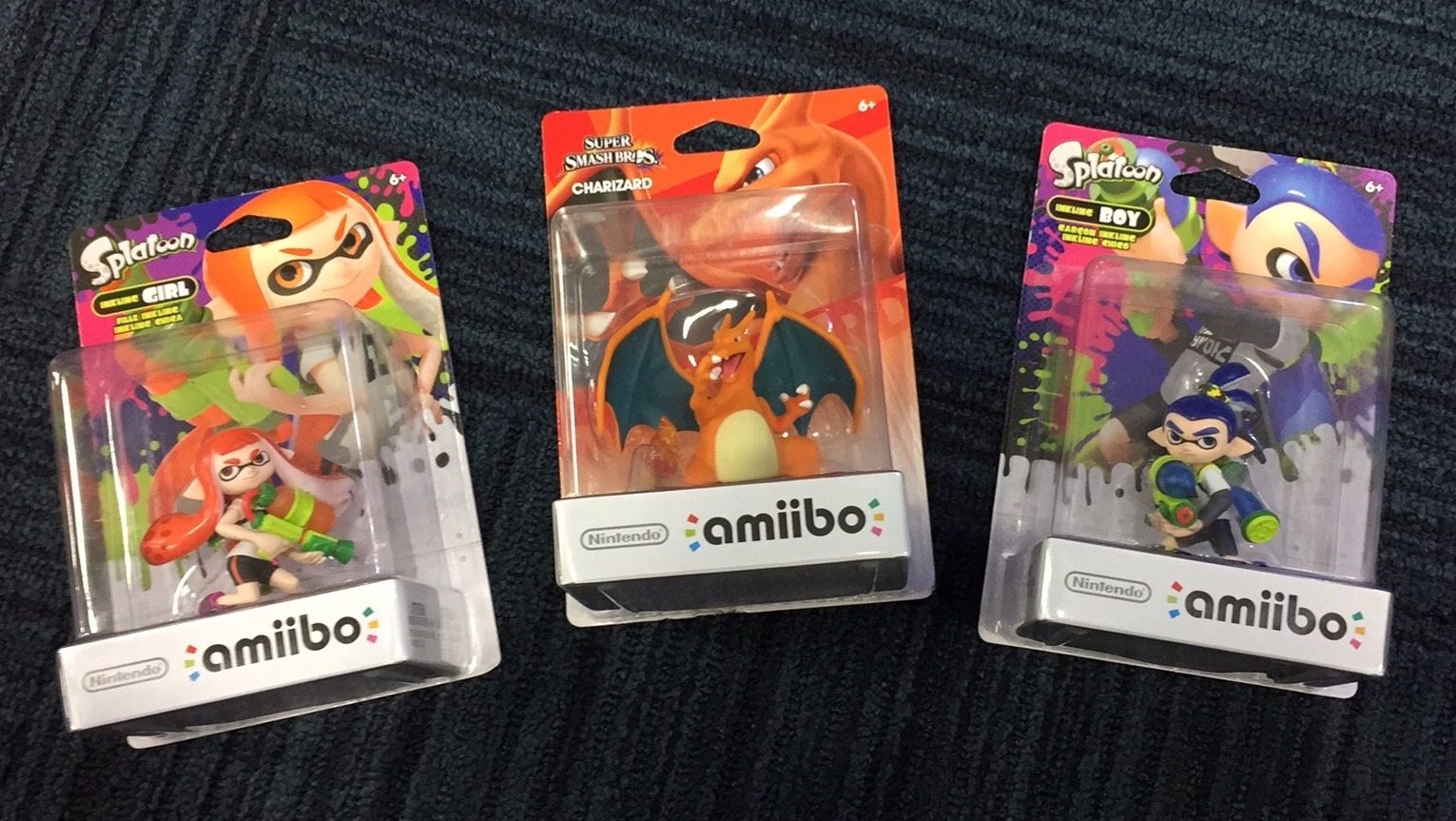 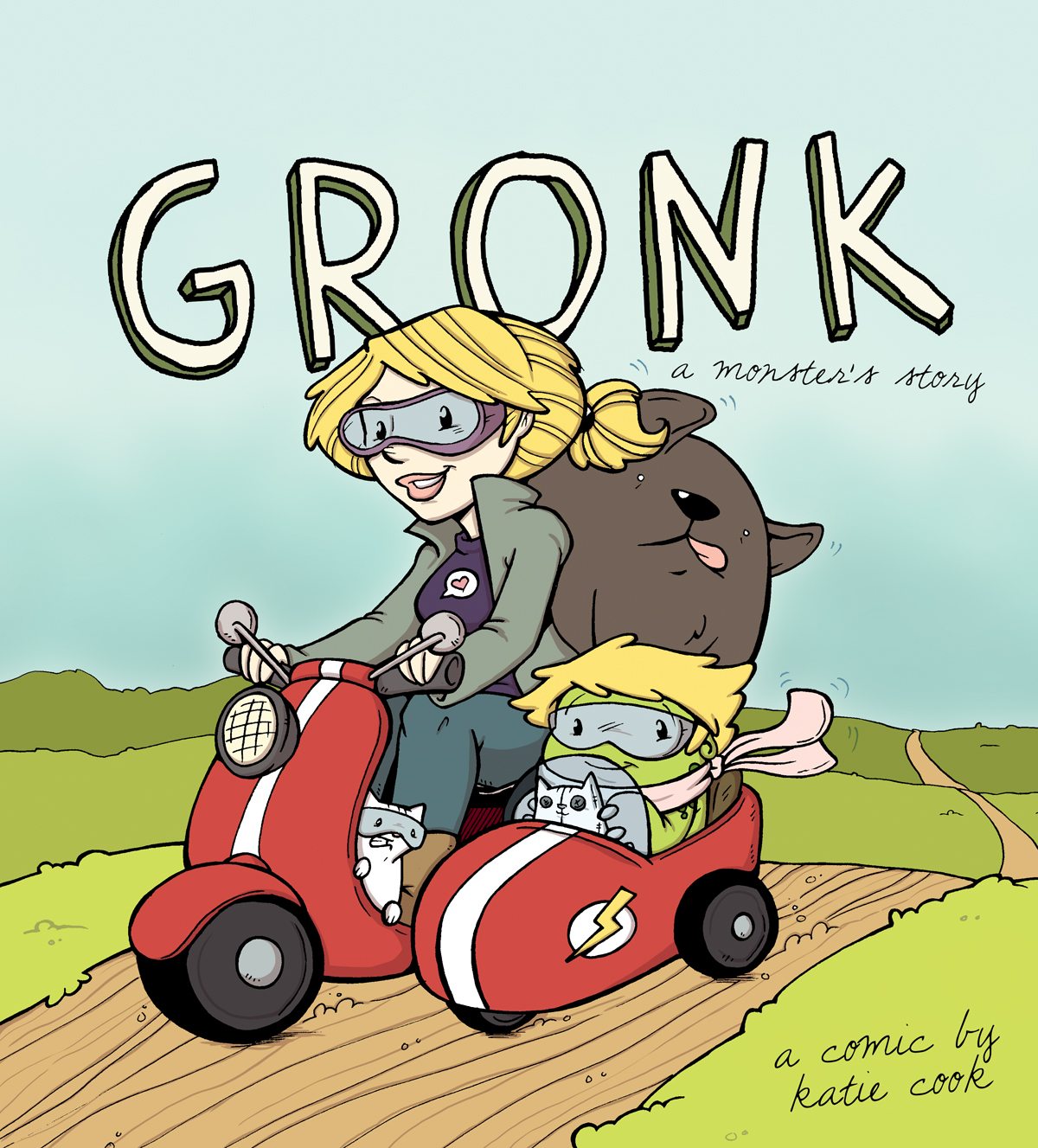 An Interview With Comic Book Artist and Writer Katie Cook!