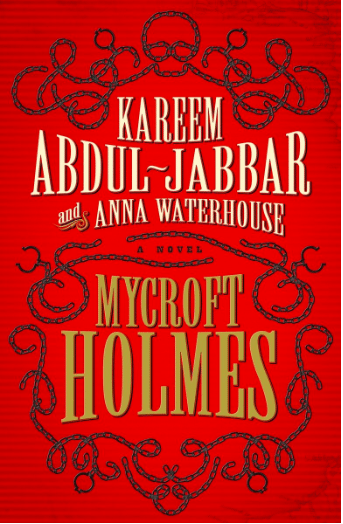 I read a lot of Sherlock Holmes fiction that is NOT written by Arthur Conan Doyle. I love canon, but I also enjoy reading contemporary writers who toss The World’s Most Famous Detective into all sorts of new mysteries. I’ve even read stories that pit Holmes and Watson against those chthonic creations of H.P. Lovecraft as well as science fiction versions where Holmes made it to the future via numerous methods–cryogenics, time travel, simulation, and more. I’m not picky, I guess… as long as there’s a good mystery to solve and the author does a good job of providing the Holmes and Watson that we all know and love, it’s enjoyable to go along for the ride.

After Holmes and Watson, there are three characters who tend to show up in non-canon mysteries with some frequency–The Woman (Irene Adler), Professor James Moriarty, and Holmes’ older brother, Mycroft Holmes. Again, I’ve read numerous additional tales that included these three individuals (together or separate), including a number of novels that had Moriarty as the primary character, but, up to just a few weeks ago, I’d yet to read a novel that had Mycroft Holmes as the main character. (It’s possible they exist… I’m just saying I haven’t ever read one. Short stories, yes–novels, no.)

Well, the novel Mycroft Holmes has arrived, and it’s written by none other than legendary NBA player Kareem Abdul-Jabbar and Anna Waterhouse. Abdul-Jabbar has long been known as a Sherlock Holmes fan (a Holmesian), and, after finishing the novel, I can tell you that he and Waterhouse have done their homework as I’ll explain shortly.

The story begins with Mycroft placing a bet on an annual row team race between Cambridge and Oxford. Mycroft is not a betting man, but the reasons behind his placing his first bet are completely in character with the most basic descriptions canon has provided us of this methodical and careful man. Mycroft wouldn’t likely make a bet that he wasn’t certain he couldn’t somehow affect, and it’s this first little escapade (that also involves a horse chase through London) that sets the tone for how the older and wiser canon-Mycroft could very well have developed.

Mycroft has a life that won’t be recognizable to fans–this is a life where he has a blond, blue-eyed fiancé named Georgiana on whom he dotes, a lower-level position as secretary to the Secretary of State for War, and a friend named Cyrus Douglas, a black man from Trinidad who has just as many secrets as young Mycroft. When Cyrus receives word about the deaths of young children back in Trinidad, Mycroft shares the news with Georgiana, who also has family there. Georgiana is heartbroken over the news, and insists on heading home, believing some of the superstitious residents that work her family’s farm will confide in her… and it will give her a chance to inform her father of the couple’s engagement.

Mycroft wastes no time in finding a way to get himself on a ship heading to Trinidad with Cyrus. And that’s where the true mystery begins–the pair are stalked and assaulted, and the violent weather has Mycroft spending much of his time in his bunk. (But is it truly the weather or something else?) Mycroft uses his own skills of observation and deduction on the ship, and clues are discovered regarding a mysterious group of individuals on the ship… as well as his run-ins with them once he and Cyrus reach Trinidad.

Once in Trinidad, the mystery deepens. Children have been killed, and others have vanished, and there are some dark happenings that have Cyrus and Mycroft allying with Chinese immigrants and some ex-slaves from the Americas. I have to be careful here to not give anything away, so let me just wrap up the story summary by telling you that the character of Mycroft that we know (given his limited appearances in canon) may have been created by Doyle, but the events in this novel are a reasonable explanation for how the (fictional) man came to his position and demeanor. The development isn’t complete, however, which makes me think there could be one or more follow-up stories that slowly but surely bring the older, Queen-and-Country Mycroft to his canon-version self.

Mycroft Holmes is a 300+ page origin story that nails it. Yes, a younger Sherlock makes an appearance, but this is truly a stand-alone Mycroft tale. And it’s got a solid mystery to boot. (I’m also hoping this isn’t the last we will see of Cyrus Douglas, Mycroft’s own Watson.)

Note: I was provided with a review copy of the book by Titan Books. The book will be released on Sept 22, 2015.

Update: the people at Audible.com very kindly sent us a this link to the first 6 minutes of the audio version of this story. Check it out!

And this great interview with Kareem! 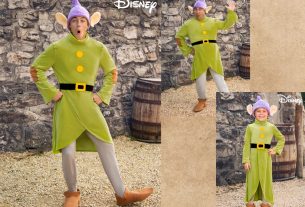 GeekMom: Get Your Dopey On With Fun.com Exclusive Disney Costumes

2 thoughts on “‘Mycroft Holmes’ Has His Own Mystery to Solve”