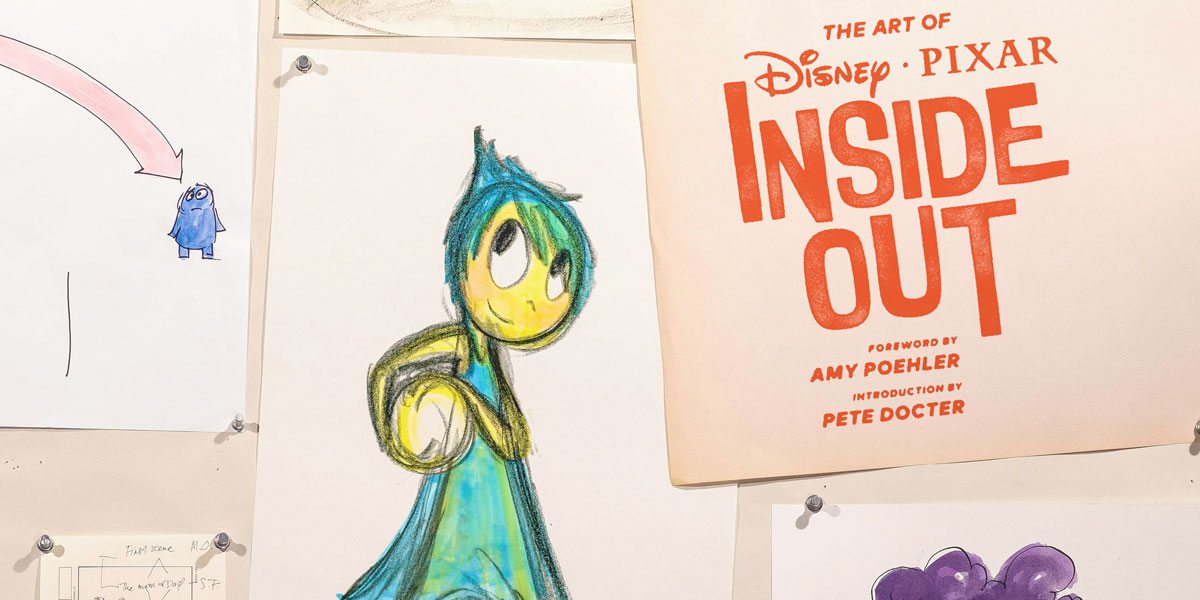 One of my favorite things about movies is exploring how they were made. Even a mediocre film can be fascinating when you find out what went into its production, and I love getting a peek behind the curtain. Here’s a collection of books about creating movie magic. 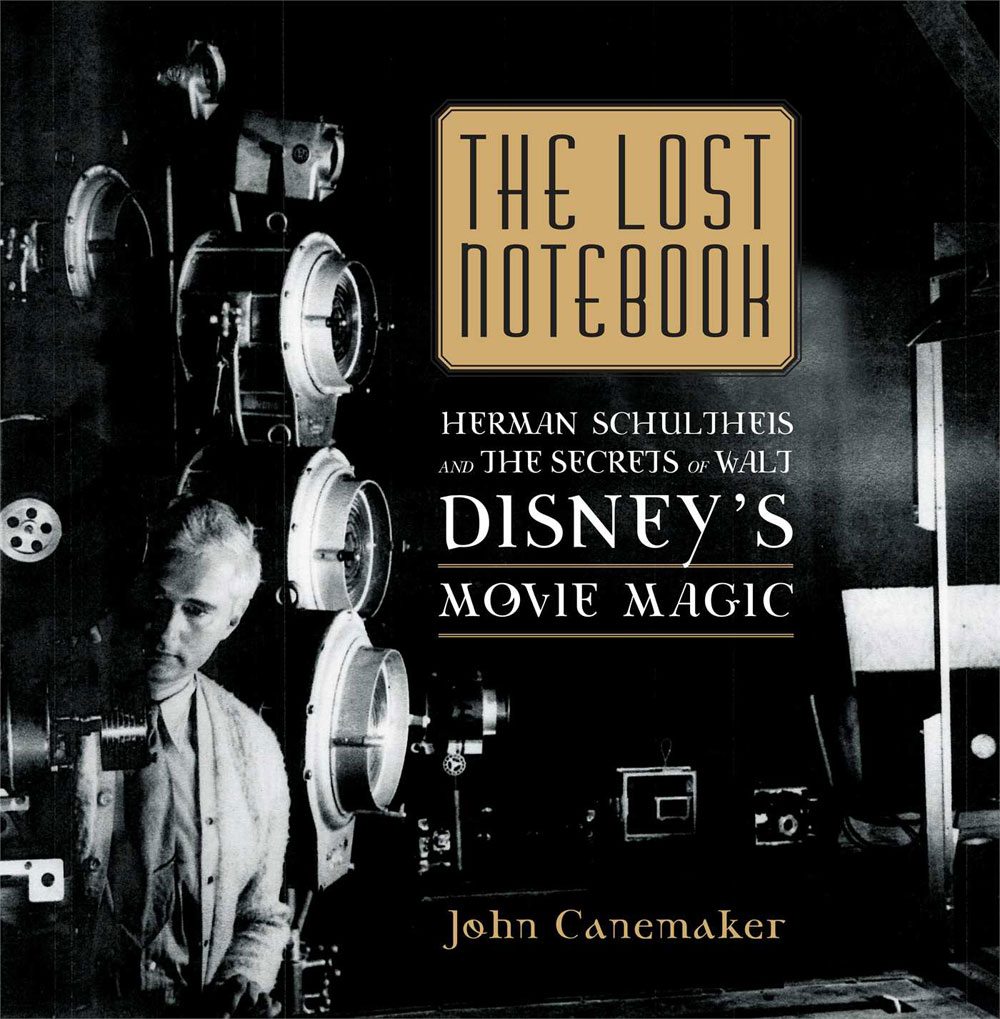 Herrman Schultheis was a technician at the Disney Studio for a few years, from 1938 to 1941, when some of Disney’s most iconic films were produced: Snow White, Pinocchio, Fantasia, Dumbo, and Bambi. He took reference photos for animators, set up rigs, and helped develop special effects. But what’s particularly of note is that he documented so much of it in his notebooks, taking photos, and creating scrapbooks that detailed how these cartoons were made.

This huge hardcover book includes a long section about Schultheis, with many of the photographs he took of himself and his wife Ethel, up through his mysterious disappearance in Guatemala. The second section is the notebook itself, reproduced in color (though of course a lot of the photography is in black and white) with annotations in the margins.

It is a fascinating look at the early years of Disney animation, and this volume is itself beautifully produced. If you love animation (and Disney films in particular), this is a book you’ll spend hours poring over. 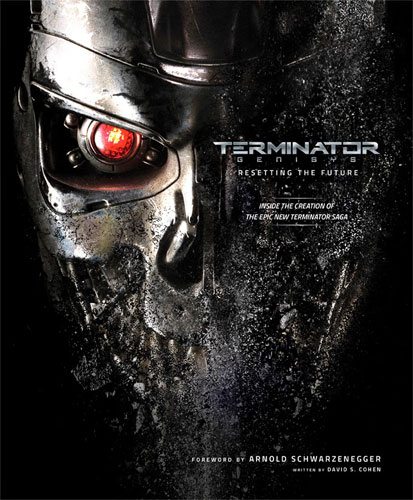 Okay, so Terminator Genisys isn’t doing so well on Rotten Tomatoes (26%) but there are apparently some people who like it. How do you take a beloved 30-year-old franchise and make it attract new audiences, while still giving something to fans of the original? Maybe an all-female cast? Oh, wait. Wrong franchise.

I’m a big fan of the first two Terminator films (particular T2). I was, like many, disappointed in the third installment, and didn’t even bother seeing the fourth. After all, what’s Terminator without Ahnuld? I haven’t gotten to see the latest film yet, and the reviews haven’t been encouraging. But I did get a copy of this making-of book from Insight Editions, and I read it cover to cover. The book does give spoilers for the movie, of course–but so does the trailer.

Whether I eventually see the movie or not, this look at the making of Terminator Genisys is great. It’s amazing what went into recreating young Arnold Schwarzenegger and the other scenes that take place in 1984. And the book is filled with the enthusiasm that everyone brought to the film as fans of the originals, so reading through it was exciting. I even pulled up the original movie on Netflix as soon as I was done, just to see the opening scene again. I’ll reserve judgment on the film until after I’ve seen it, but the book at least does its job right. 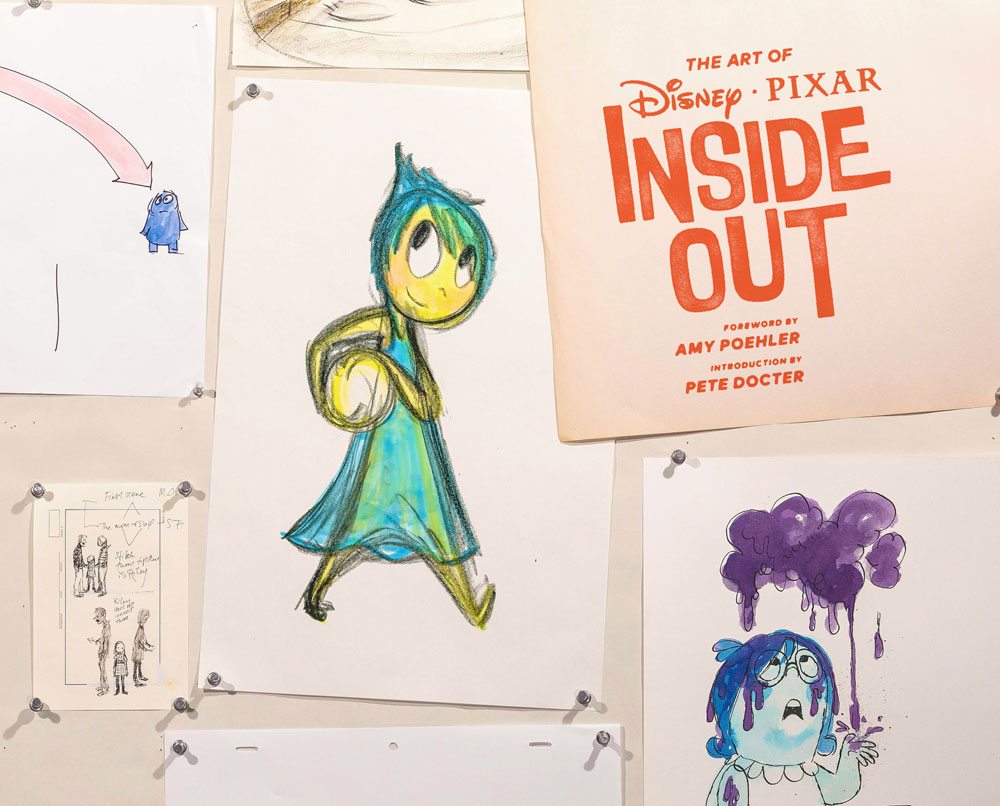 The Art of Inside Out

It’s no secret that Inside Out is a favorite among the GeekDad staff, and it’s easy to see why (even if I’m still not thrilled with what’s going on inside doofus dad’s head). This book is all about the look of the film, from the characters to the settings (inside and outside of Riley’s head). It’s fun to see the way the emotions evolved–Disgust was apparently the hardest to pin down–and there are amazing pieces of artwork in this book that would look great framed on the wall.

I do wish there had been a little more text, though. This is a book that really lets the artwork speak for itself, with captions but no essays beyond the Foreword and Introduction. It’s still a lovely book, but it doesn’t tell as much about how the movie was developed, which is one of my favorite parts of movie books. 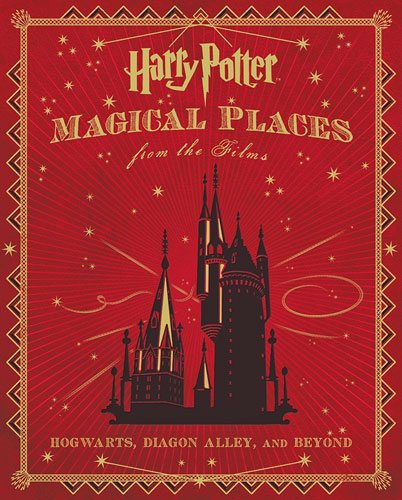 Like the Creature Vault, this book is all about the Harry Potter films–this time focusing on the various locations, from the Dursleys’ house to Hogwarts to Diagon Alley. It’s mostly photography–either stills from the movies or production photos, with some concept art. I particularly liked the cutaway diagram of Gringotts Bank and its underground passages and vaults, because it gave a sense of the scale that you don’t get from seeing the movie.

Although the images are indeed lovely, I think generally for those who have seen the movies, there’s not as much new visually that you haven’t seen before, especially if you’re the sort to freeze-frame on subsequent viewings so you can admire everything. Fortunately, the book is also filled with descriptions and stories about the locations, so you can learn a little bit more about what went into the design and creation of the locations. Many of the locations only get a two-page spread or even a single page, but that just highlights the huge number of different places in the Harry Potter universe.

It’s a treat for fans of the Harry Potter movies. 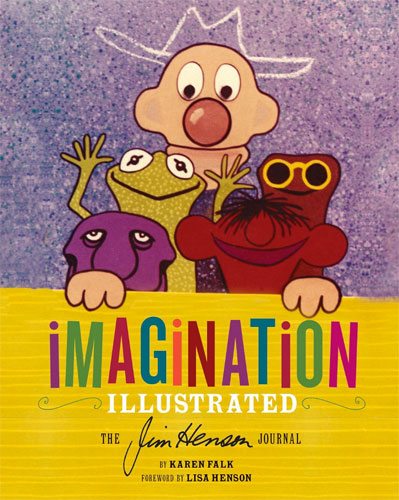 In 1965, Jim Henson started a journal about “the life and times of the Muppets,” recording from his own point of view his 10-year-old creations. He kept this journal for nearly 40 years, jotting down things both from his creative life and his family life.

Imagination Illustrated takes his very brief notes (shown in his handwriting) and fleshes them out with photos, sketches, and text about the topics that Henson mentions. It’s a beautiful retrospective of Henson’s career, and gives you a sense of how much he created during his lifetime. If you’re a fan of the Muppets and Henson, this is a book you’ll definitely want to check out. 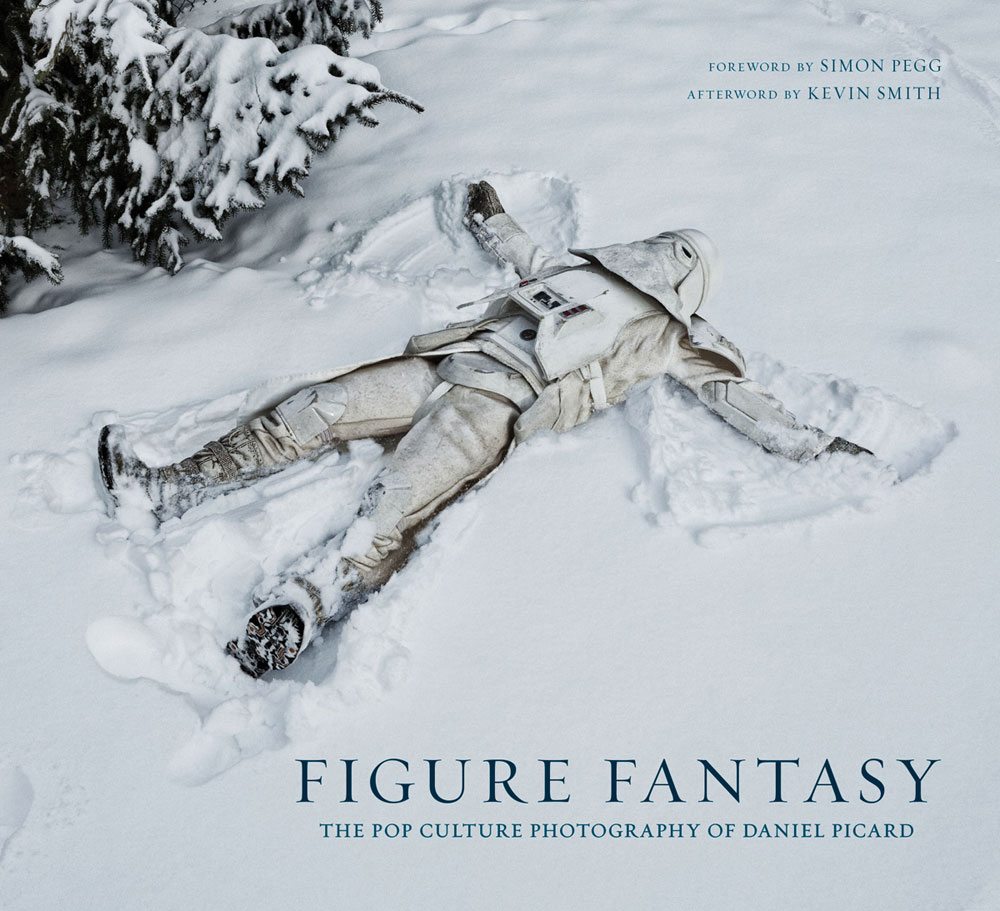 Okay, this last selection isn’t actually about movies, but you wouldn’t know it at first glance. Daniel Picard takes photographs of detailed figurines from Sideshow Collectibles, mashing up genres or putting the figures in everyday settings. So you’ll see the Joker looking at a Batman Halloween costume at Walmart, or some clone troopers visiting the Star Wars section of Legoland.

What’s surprising about Picard’s photos, though, is that the figures are made to look life-sized. They’re not posed on miniatures sets, but out in full-sized locations, and the effect is pretty incredible. They don’t always look like actual people (though the ones with masks are hard to tell), but they look like life-sized mannequins at least. Many of them you would mistake for a photo of cosplayers if you didn’t know they were just foot-tall figures. 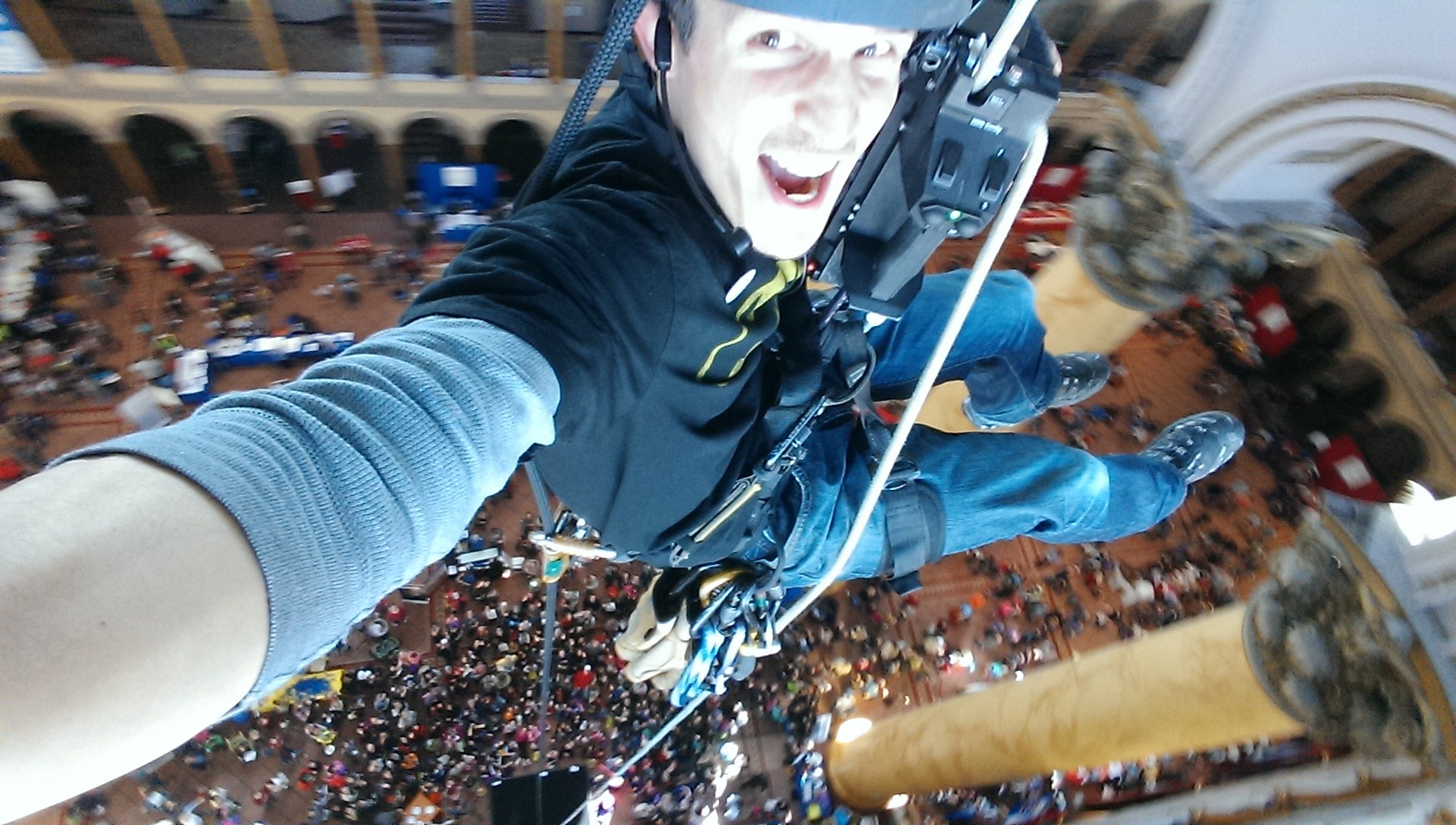 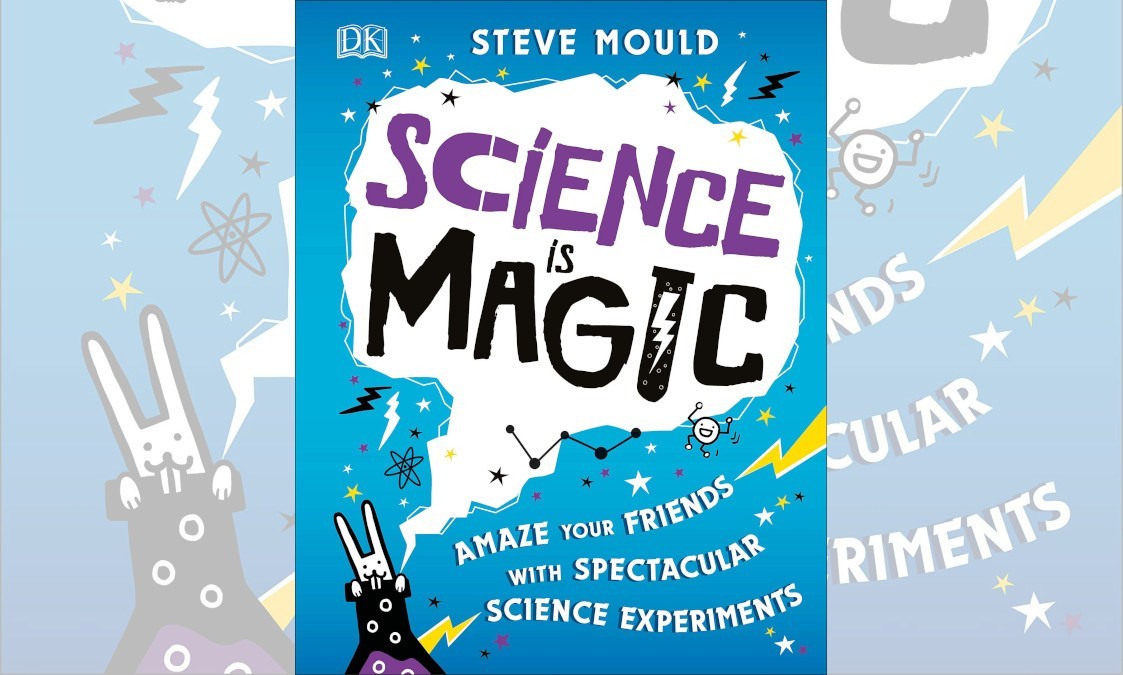 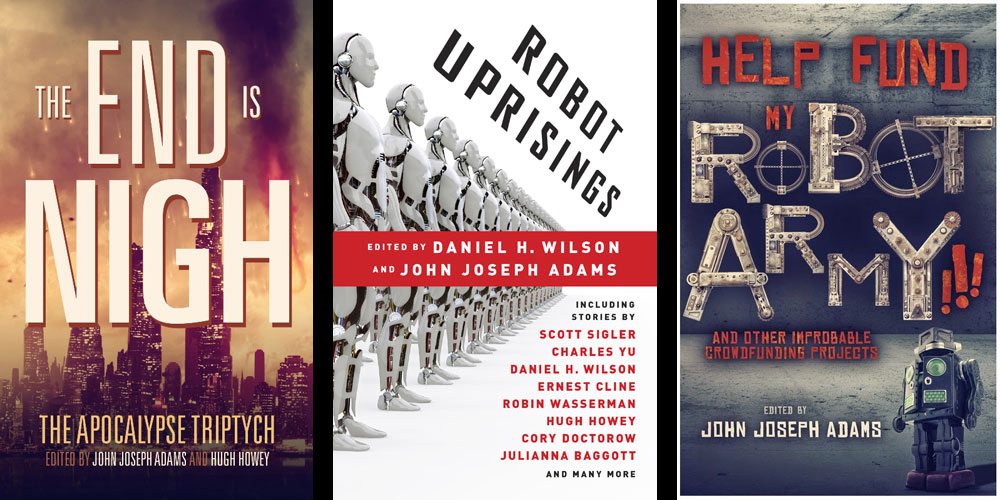