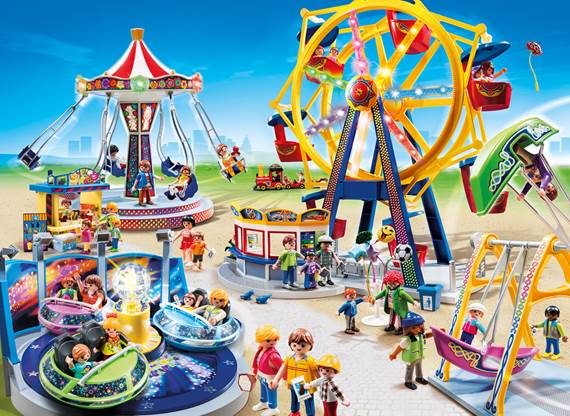 Growing up, Playmobil was, for whatever reason, always linked to LEGO. Don’t ask me why. It just was. Maybe the Playmobil characters reminded me of LEGO minifigures. Maybe I somehow connected the striking blue Playmobil boxes with the omnipresent yellow banner across the top corner of 1980s LEGO packaging. (I don’t know. They’re primary colors, and I was a weird kid.)

As an adult, I recognize quite a few similarities between the companies and their toys. Both are European companies that have enjoyed enormous success in the United States. Both offer relatively high-end (i.e., expensive) products. Both offer toys in various themes so kids — whatever their interests might be — can create vast, playable worlds on their bedroom floor. And both have made a resurgence in recent years based, in part, on those aforementioned minifigures. (Indeed, both Playmobil and LEGO offer blind bags of individual figures.)

Realistically, though, the toys themselves (and how kids play with them) have almost nothing in common. I had a few Playmobil toys as a kid (still have them, actually), but I didn’t have very many. We simply couldn’t afford them.

My kids, though, have fallen for them. And hard. They have my old toys and a few of their own sets (I must admit that most were thrift-store finds), and they’re constantly on the floor, constructing a Playmobil universe with a detailed storyline. They’re always asking for more.

It was with much excitement and anticipation, then, that I toured the Playmobil booth at this year’s Toy Fair. Unfortunately, I was forbidden from taking any pictures at Toy Fair, so I was unable to share photographic evidence of the amazingly cool new toys and themes planned for 2015.

But now they’re finally starting to see the light of day, and one of the two best themes (in my opinion) is out now! It’s an amusement park sub-theme (part of the larger Summer Fun theme), and the sets are just about as awesome as you’d want them to be.

The first wave of sets (of many, hopefully) include the following:

Put together, it’s possible to create a crazy awesome carnival. But you certainly don’t need them all. Of course, these sets are completely compatible with all other Playmobil, so all that’s required is a little imagination! With just a couple of these sets opened and assembled, my kids were already building a halfway decent county fair. 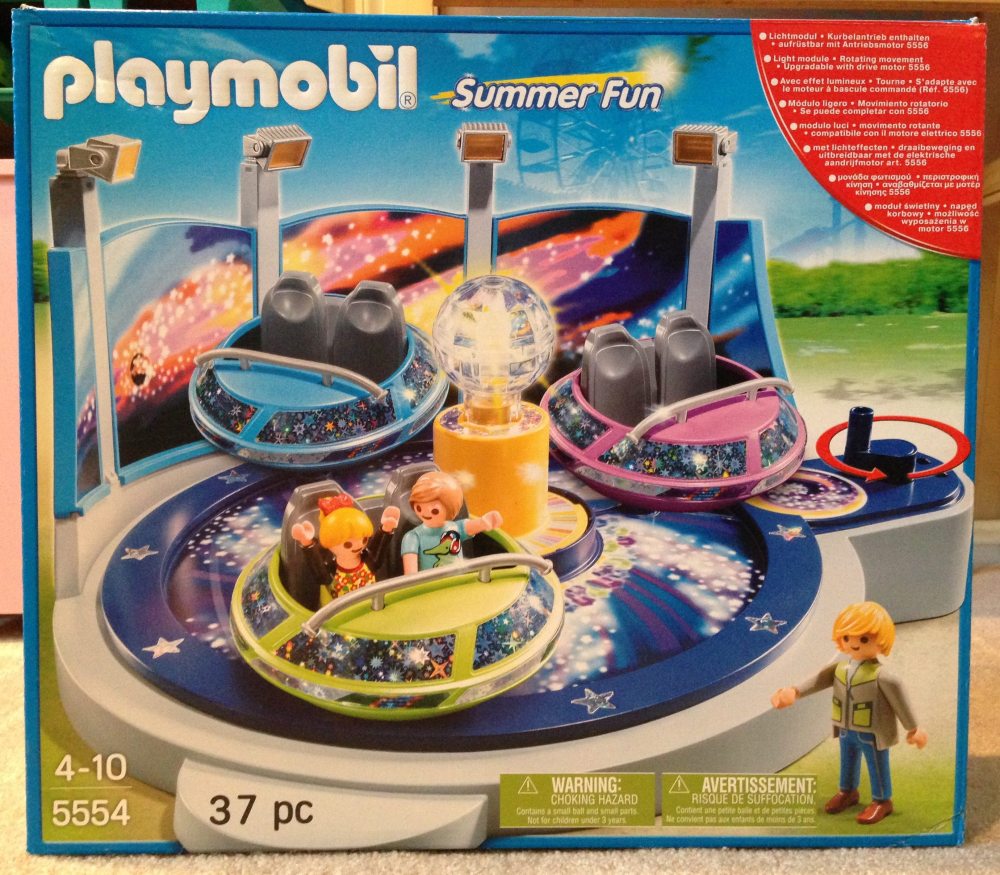 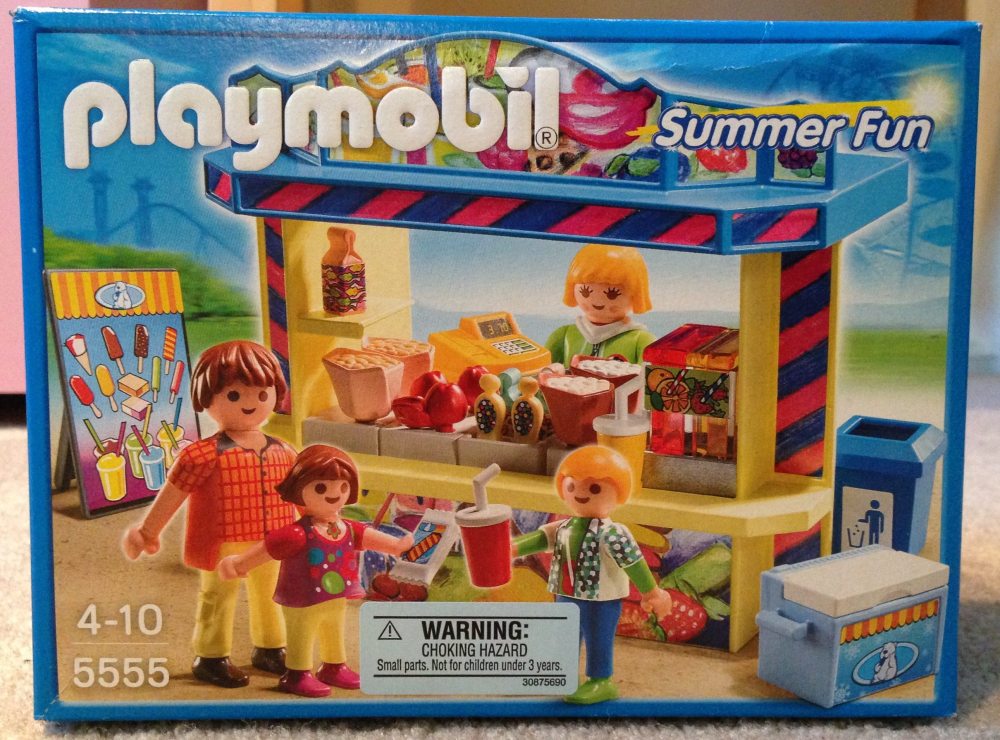 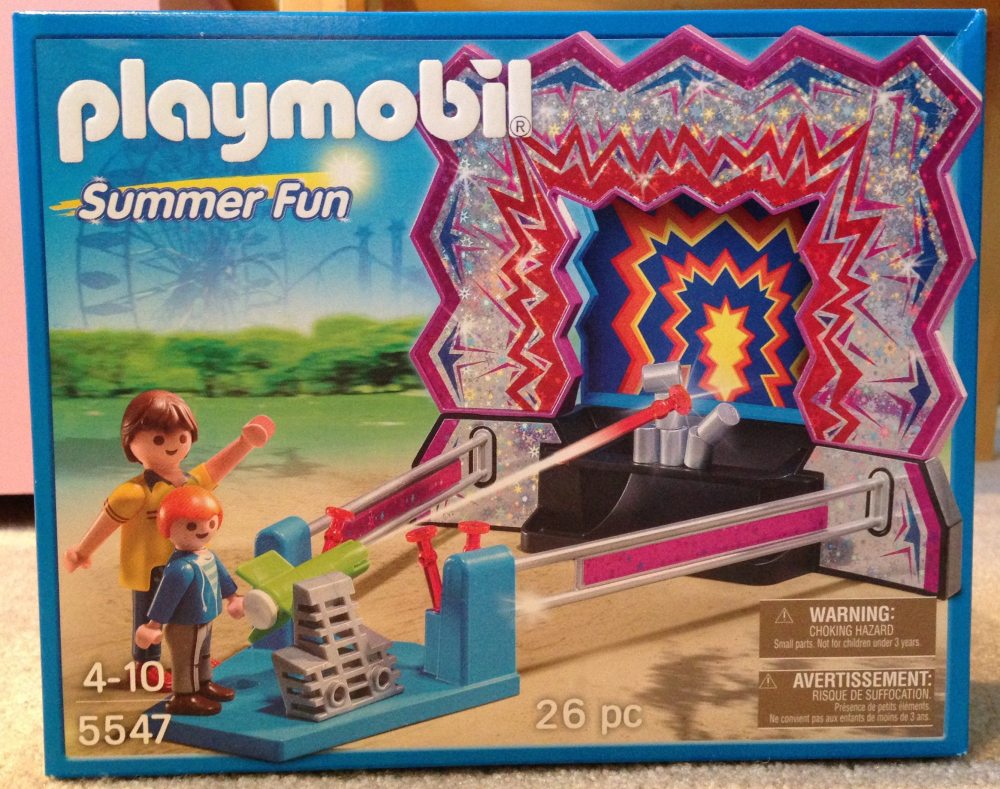 The Ferris wheel, spinning spaceship ride, and flying swings are also compatible with an electric motor that operates the toys independently. Each toy has a little hand crank to make the ride “go,” but if you’re so inclined, you can hook it up to some juice and let them go by themselves.

The Ferris wheel and spinning spaceship ride also light up (AAA batteries not included), which — I have to admit — looks way cooler than I thought it would.

If you haven’t assembled a Playmobil toy in a while, you should be prepared. For stickers. Lots and lots of stickers. To Playmobil’s credit, though, the stickers are very high-quality, printed on heavy paper, and fairly easy to put on. There are just a lot of them.

By the way, if you’re curious about the other best theme I saw at Toy Fair? Knights. It’s coming in August. Just wait until you see the castles.

My kids’ favorite from this theme? The Ferris wheel, obviously. It stands almost 2 feet tall when completed and holds a lot of figures at once.

Here’s a quick rundown of the assembly of the 117-piece Ferris wheel…. 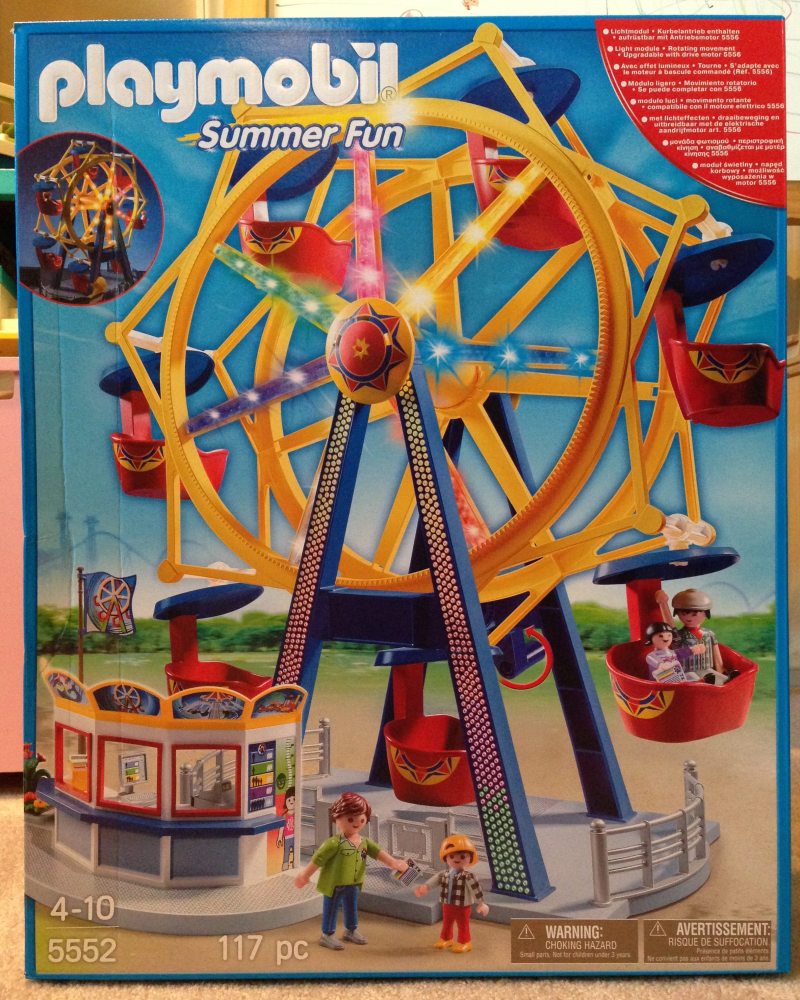 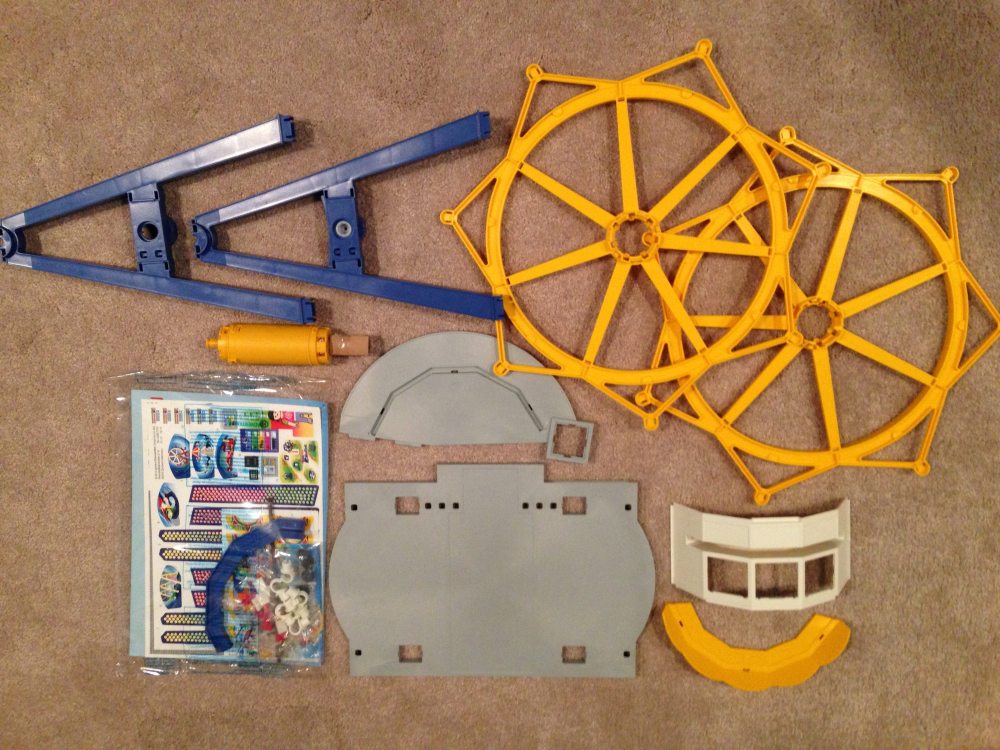 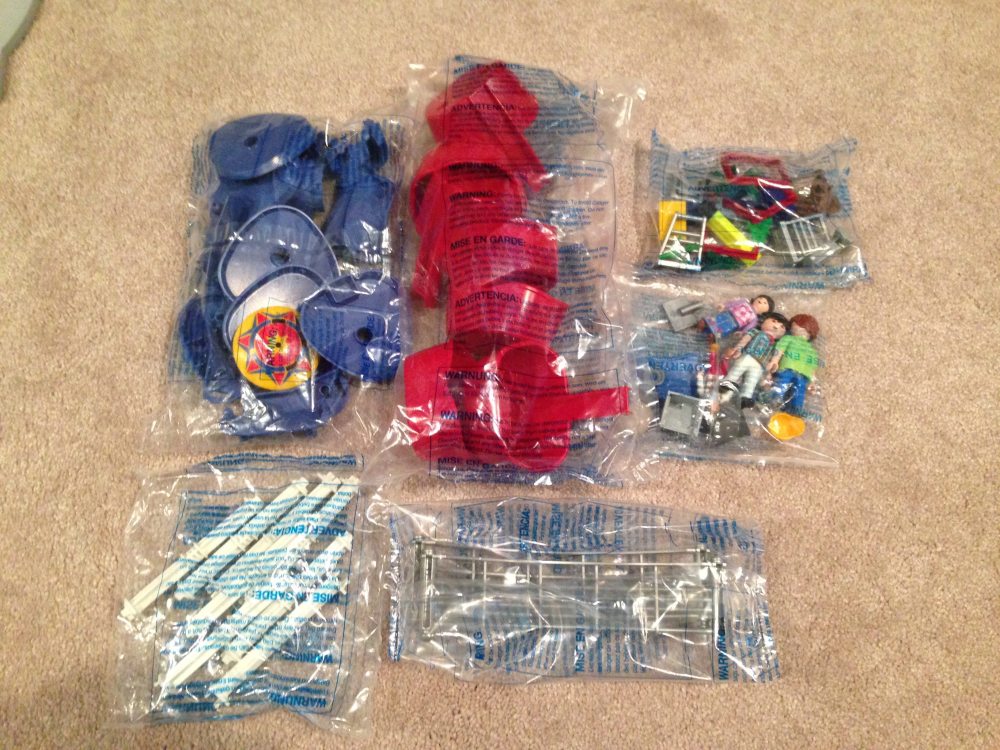 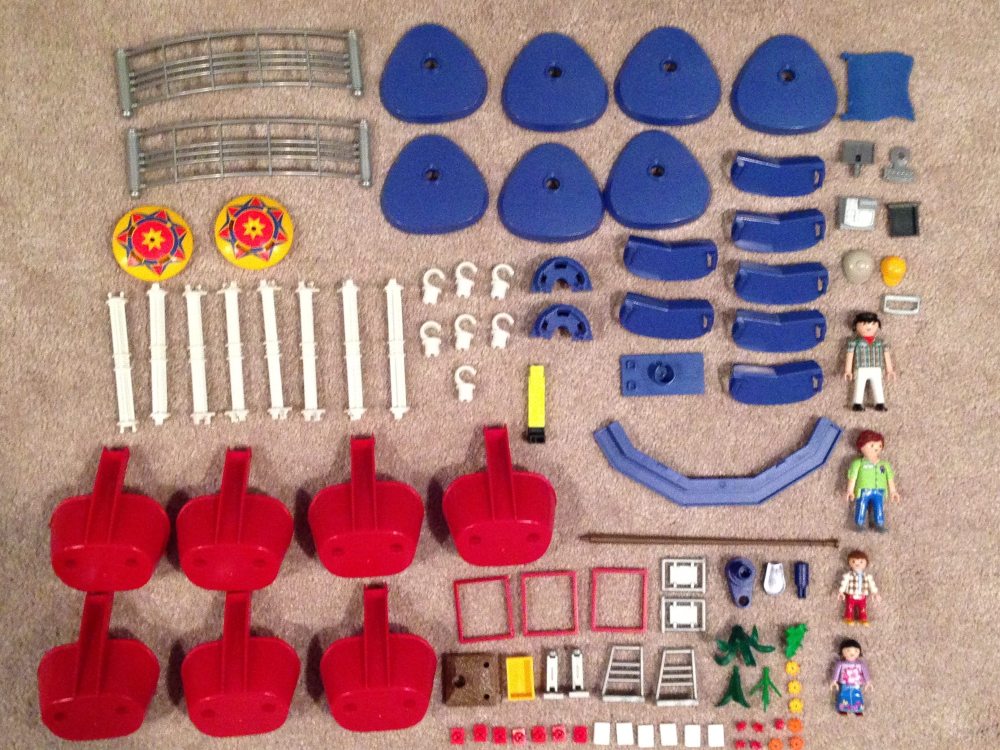 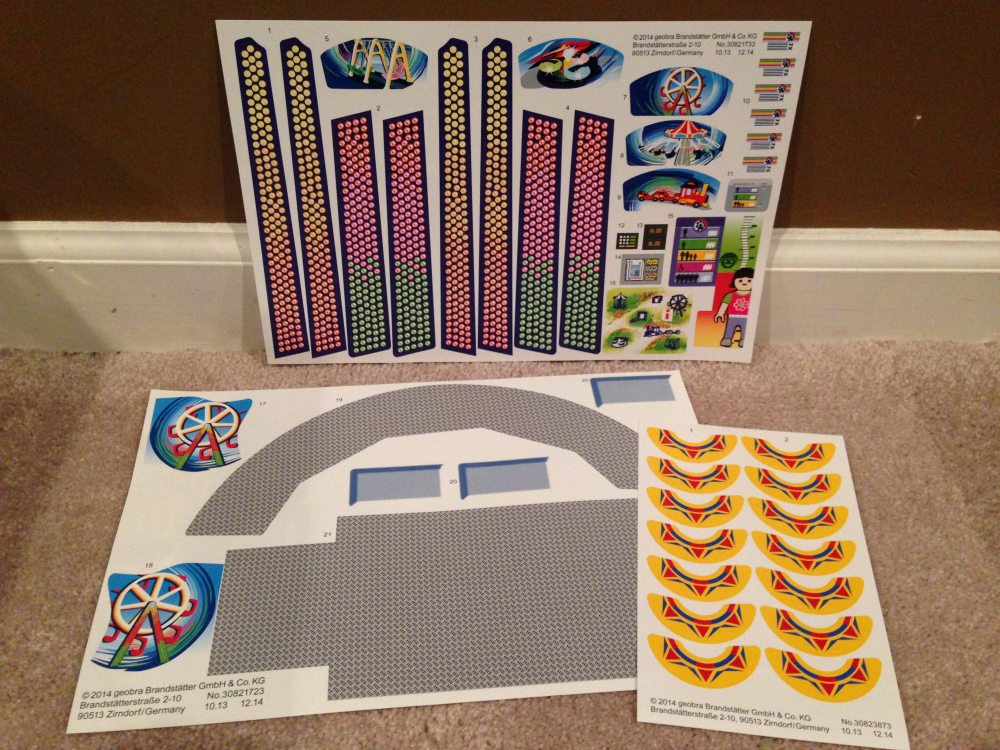 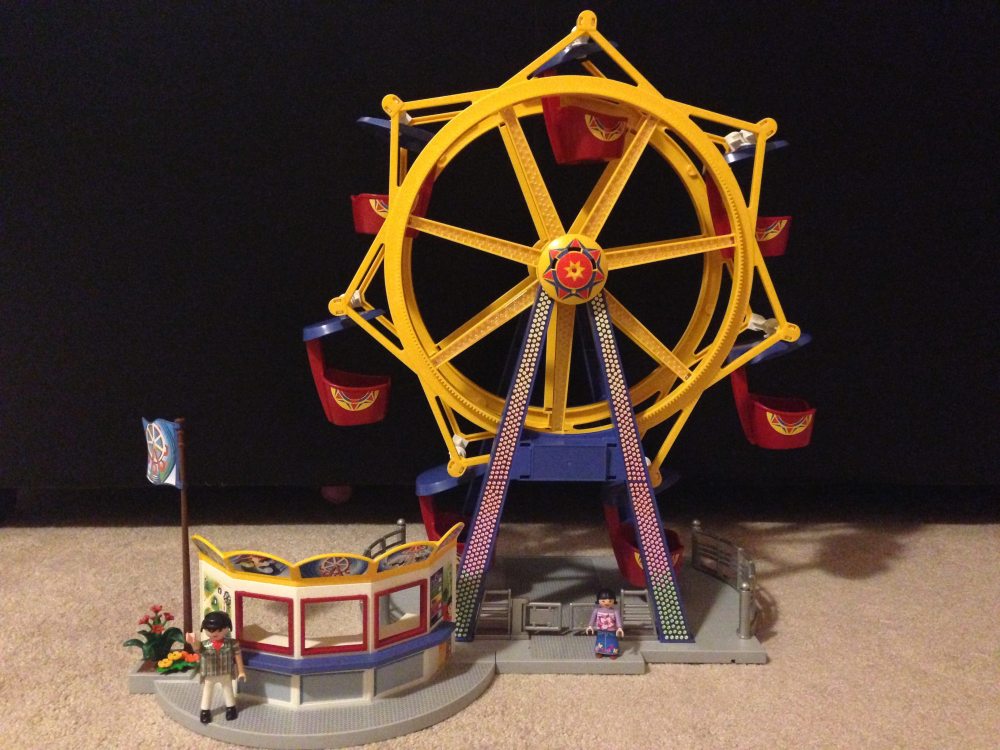 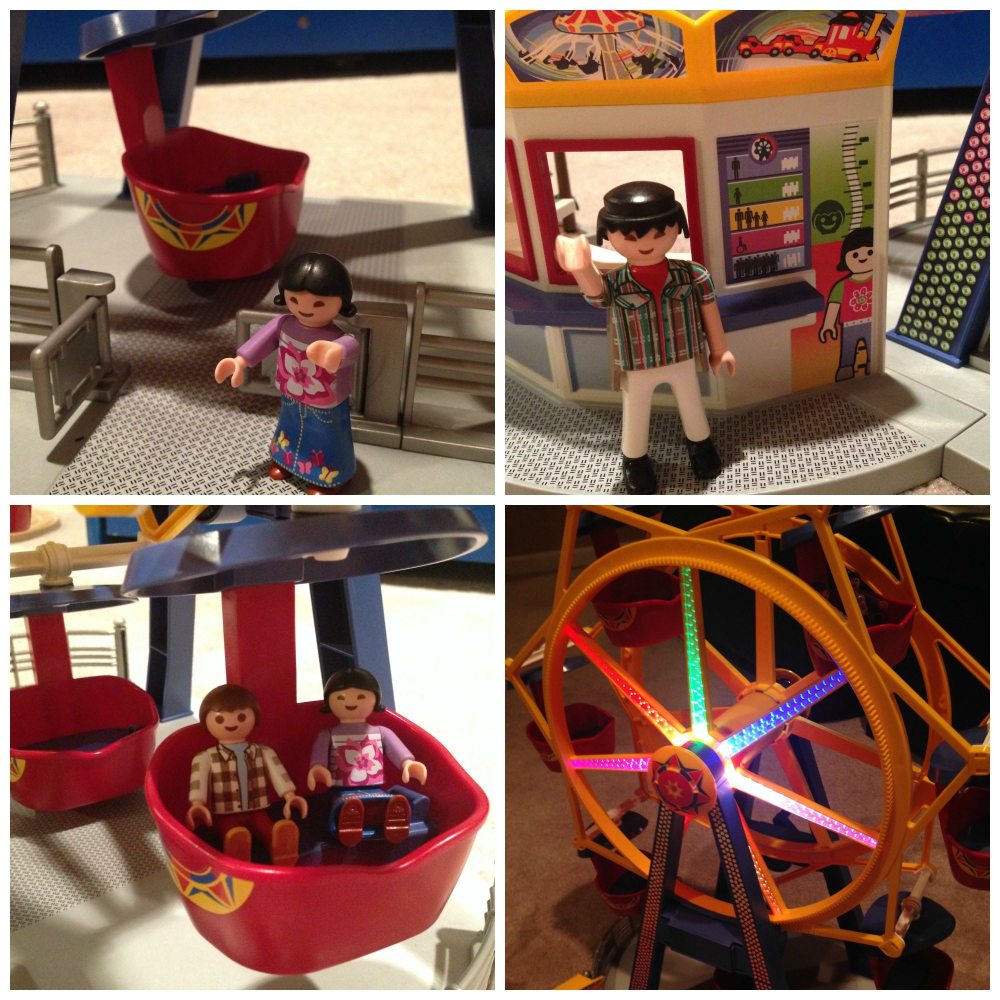 Disclosure: Playmobil provided me with the pictured sets for review. All opinions remain my own. 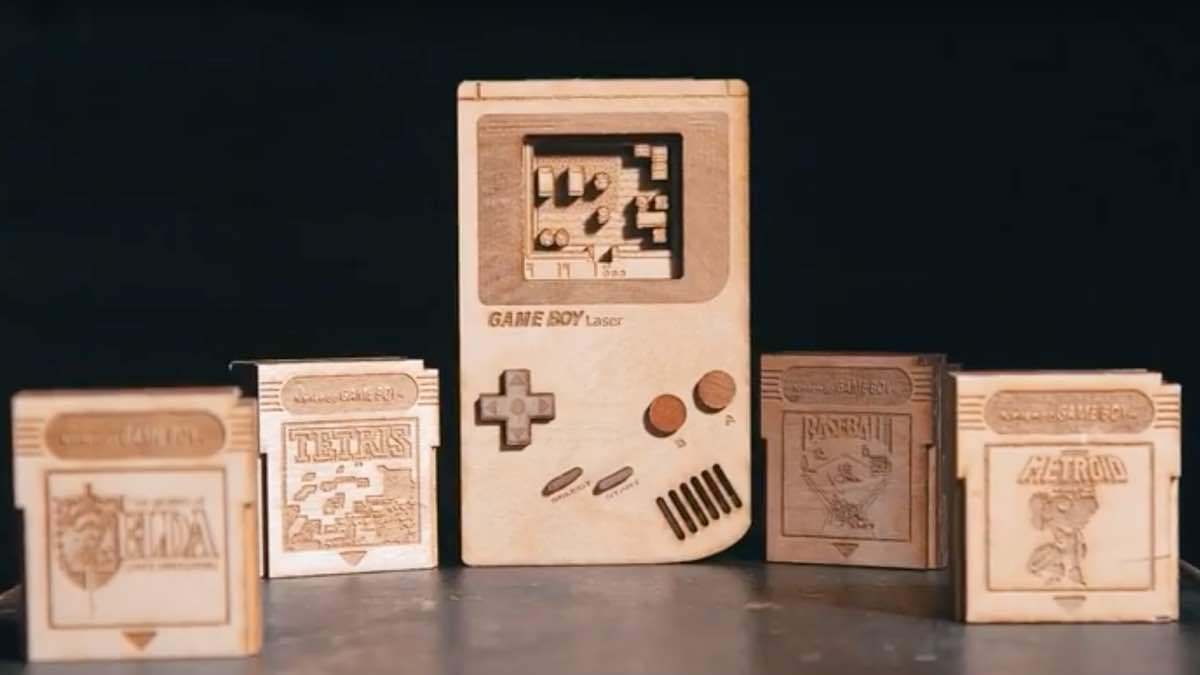 1 thought on “Bring Summer Fun to Kids’ Rooms With Playmobil”