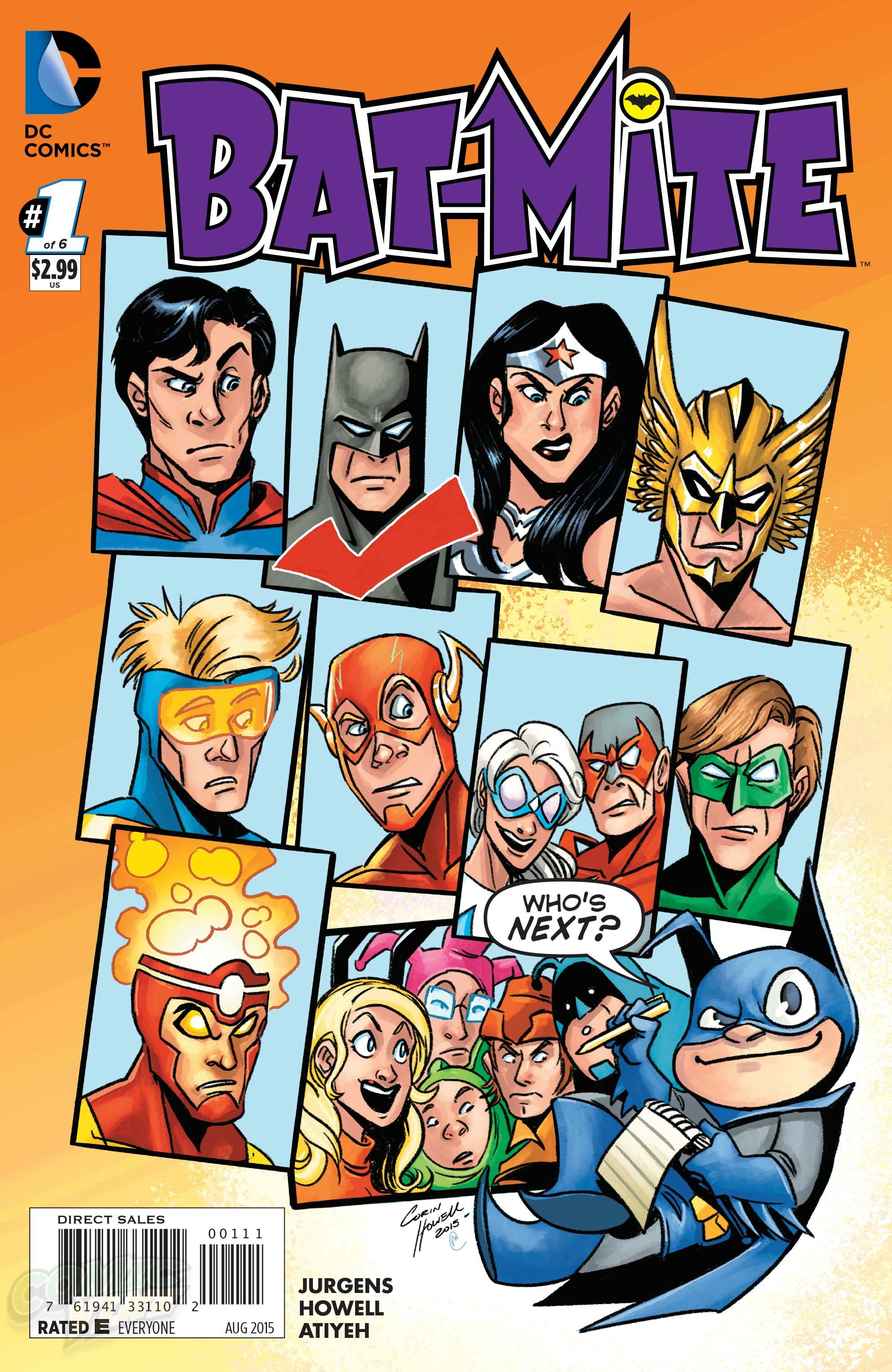 “Are you ready for a new DC Universe?”

That’s the question at the top of the press release that DC Comics sent with this week’s issues, the first after the multiverse was restored in the Convergence event. DC says there will now be a “comic book for everyone.”

It’s hard to judge with just the first week  but one thing is clear from this week: storytelling risks are being taken in a way that never happened in the last DC reboot, the New 52. Do they all work? Not completely but I applaud the ambition, the variety of art styles, and the variety of genres I read this week.

Somewhere, Bob (The Answer Man) Rozakis and Bat-Mite is smiling. If you’re not familiar with Rozakis breaking the fourth wall with the imp who worships Batman from comics, you might remember him from Batman: The Brave and the Bold television series. I’m not sure how Bat-Mite ended up headlining a comic, but I’m glad he does, because this a romp following Bat-Mite from his exile, his “helping” of Batman and his being captured by foe that would usually be played for horror but is instead a setup for one joke after another. Fun.

I’ve only read a few stories featuring Midnighter from DC’s Wildstorm universe. He’s the equivalent of Batman save that he’s been electronically altered and has a computer in his brain. Combine the snark of old Bruce Wayne from Batman Beyond with a younger but still cynical man with flashes of humor and you have Midnighter. I love world-weary types still trying to do the right thing and everything about this book worked for me. The male/male sex scene is nicely handled, I loved that Midnighter never settles in one place via his sliding dimensional door, and this is a fine introduction to a character that most readers won’t know except as “gay Batman.” Love the distinctive artwork as well, though there were parts in the initial melee that were a bit confusing.

This issue felt like a throwback to Green Arrow under Mike Grell’s pen. Oliver is protecting Seattle, he’s pretending to be interested in business, and he’s after a mysterious killer who is stalking black men in the city’s poorest neighborhood. Meanwhile, Ollie sends his younger sister to school.

This is a competently done comic with the Justice League taking on a couple of Darkseid’s minions who are killing woman with a particular name to find the right one, à la Sarah Connor in Terminator. Scott Free/Mister Miracle also appear, giving Darseid a chance to monologue. The art is fine, particularly in the scenes on Apokolips, but this is yet another big event with the world at stake and I’ve had enough.

Buy It: If you like these kinds of things.

I expected to hate this, as it seems to exist in the awful apostrophe-less Futures End universe and instead of featuring Terry McGuinness, it’s Tim Drake in the Batman Beyond suit because Terry’s dead. Instead, the story caught my attention, particularly the appearance of the older Barbara Gordon at the end. I hope (and believe) this is all leading to Terry coming back.

Buy It: Depends on how much you like Batman Beyond.

Hal Jordan is a fugitive because, probably, he was kinda a jerk to someone because, to me, Hal is the Green Lantern Batman should have downed with one punch, not Guy Gardner.  It’s hard for me to decide whether to recommend the comic because I’m not a fan of this particular franchise in general. But there are some great art sequences that show imaginative use of Hal’s ring (well, glove) constructions, including an octopus and a skycycle.

Buy It: If you like Green Lantern Hal Jordan, this is your book.

I like the creative team a great deal. I hate the concept that sets up this story in which Lois Lane outed Superman’s secret identity to the world because… I’m not sure. Plot reasons, I guess, because DC hasn’t known what to do with Lois Lane for years. Plus, I’m so, so tired of, “Humans are scared of Superman because alien!” Really? Especially when there’s the wrath of darkness over there in Gotham City and the dude that’s king of a place that tried to invade the landlubbers?

Putting all this aside, this is a well-written issue as Superman struggles with decreased powers, rides a motorcycle across the United States and arrives back in Metropolis to bond with his neighbors, including yet another woman with the initials “LL.” The issue ends with the police deciding to invade the neighborhood in riot gear. ::deep sigh::

Buy It: No. Sorry, creative team, it’s not you.

Lobo is the universe’s greatest bounty hunter, his most recent incarnation far more in control that the one most readers will know. This is your “I was used by my employer” assassin story, with Lobo after the person who misused his skills. It’s good, not great, and doesn’t rise above the premise. Great work on the various aliens by Richards, however.

I’ve hated most everything about the run of this creative team. The best I can say about this annual is that it mercifully ends a painful storyline in a decent way, there’s a nice use of the Golden Lasso of Truth, and the back-up story art is excellent. The worst I can say? Even in a fight sequence, David Finch manages to get in an ass shot.

Buy It: No. Go find issues (either online or in trade) of Sensation Comics instead.

This is one of the stories that reads like an independent comic, dropping us into a strange world where it’s unclear who the enemy is or even what the goal is. It didn’t gel for me, mainly because, for me, it drops me too fast into the middle of the action without giving me a chance to be fully integrated into the world. I know who the Omega Men are but I’m not sure most readers do, and this issue might confuse more than entertain.

Buy It: It’s worth a look but may not be for everyone.

Jimmy Olsen and Bizarro set off on a cross-country trek that Clark suggested, no doubt to get Bizarro out of his hair. This is a non-lethal Bizarro, more mild than menace. There are funny bits, and I love the stylized and exaggerated artwork that portrays the weirdness of the world. This is a good try but I’m not sure Bizarro’s humor can be sustained over a whole issue, nevermind a series.

Buy It: If the concept appeals to you.

In the end, I recommend three of the books, one a throwback with a fun Silver-Age vibe, one a throwback to a classic run, and the other a modern superhero noir story. If nothing else, that proves that there is variety available this week. 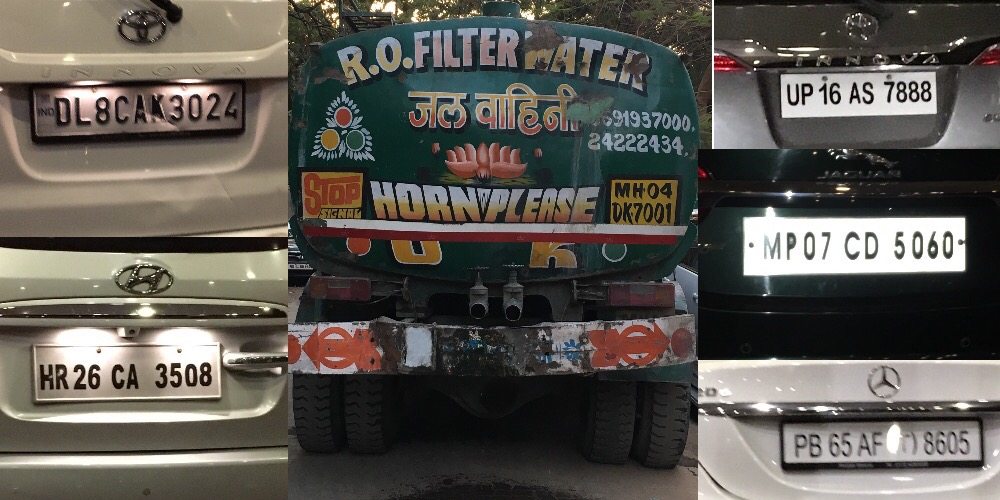