With the release of Inside Out giving Kleenex stock a boost, a discussion began to brew behind the scenes here at GeekDad HQ. What’s your favorite Pixar film? What’s your least favorite? What’s your thirteenth favorite?

Yes, Inside Out is the fifteenth feature film from Pixar and in the grand tradition of geeks everywhere, we decided to rank them. And the results of our Completely Unscientific Pixar Polling are in!

But before we get to the results, let me quickly explain how we arrived at these results.

It should come as no surprise that GeekDad contributors are geeks. And a lot of them are numbers and stats geeks. Because of that, everyone had his (or her) own preferred method for calculating the results. It’s fair to say that I’m no mathemagician, so some of the suggested methods for calculating “favorite cartoon film” might as well have included multivariable differential polynomial equations (or something).

Part of the problem stemmed from the fact that (despite my presumption) not all of us have seen all 15 films. Which obviously makes a straight-ahead ranking a little difficult.

In the end, 21 GeekDad contributors voted. How did we do? Do you agree with our assessment?

This was the clear loser. Of the 21 GeekDads who voted, 14 placed this one dead last, and only one person put it in the top 5. Justification for last place included “the most unnecessary movie ever,” “one of the lamest excuses to sell toys I have yet seen,” and “Spy robot cars, complete with outdated international stereotypes. No thanks.” Perhaps the most visceral response, though, was “I hate rednecks, NASCAR, and above all, Larry the Cable Guy.”

Pixar’s second feature — a riff on the Seven Samurai / Magnificent Seven storyline — came in surprisingly low, I thought. I’m not sure there’s a lot of hate for his movie (like there is for Cars 2); I just think most people have either forgotten it or are completely ambivalent toward it.

Rats in the kitchen? Cooking food? How could that go wrong? Except for the one great scene of the food critic remembering his childhood with one taste, the rest of this film is sadly forgettable. Though I’ll never forget the stomach-turning reaction I had to seeing hundreds of rats in the kitchen.

Full disclosure: This is the one Pixar film I haven’t seen. This low on the list, though, I guess I’m not missing much.

With its strong, female protagonist (a first for Pixar, 13 films in), hopes were decidedly high for this one. In the end, though, it felt like they were trying to make the mother-daughter analog to Finding Nemo, and they just missed the mark. It has its moments, but it sadly falls flat for too many people.

Cars managed to crack the top 10, despite Larry the Cable Guy. Thankfully, though, in the first film, Mater mostly comes off as charming and fun. Mostly. I’ll admit — it took me a LONG time to finally see this one. Now, thanks to my car-obsessed son, I’ve seen it more than any other Pixar film. Yes, it has talking cars. Yes, the cars bend and stretch and break all the laws of physics. But it’s a fantastic tale of friendship and loyalty. The message is solid, and I don’t mind that my son loves it so much. “Somehow, unexpectedly, pulls at the heartstrings correctly every single time.” Interestingly, it also seems to be a polarizing film. It’s one of two films that managed to get votes for both first and last place.

Many Pixar films are remembered for specific sequences — moments that are so memorable that the rest of the film is almost forgotten. In the case of Toy Story 3, it’s the ending. The bulk of the movie (about Lotso and escaping from the daycare) is completely overshadowed by the heart-wrenching final scene with Andy and Bonnie. It was the perfect conclusion to Woody and the gang’s story. Which really makes you wonder why Pixar is bothering with Toy Story 4.

Yes, all three Toy Story films find a home in the top 10. Even though there are several spots separating the first two films, Toy Story 2 is one of those rare sequels that matches the original. For me, it’s all about Jessie and Bullseye, but the story about Woody searching for a larger purpose in his life (and where he ultimately finds it) is incredibly powerful. According to one GeekDad: “It’s just about a perfect movie — touching, that rare sequel that not only lives up to, but actually manages to surpass, the original.”

I’m pretty sure this one will move up in the ranking given time. It doesn’t yet benefit from nostalgia or repeated viewings, but I think it’s safe to say that Inside Out instantly joined the ranks of the best Pixar films. I totally agree with this assessment: “There’s just something special about how well this film captured the complexity of emotion at the age of the 11-year-old protagonist that sucker punched me right in the heartstrings.”

Again, Wall-E is mostly remembered for the beginning of the film. The most common complaint is that people lose interest (and the film becomes boilerplate) once he gets to the Axiom, but what an opening sequence that is! A biting critique on consumerism and environmental destruction, Wall-E (the film and the character) still manages to be warm, emotional, and completely adorable.

“For me, Wall-E isn’t just the best Pixar film, but one of the best sci-fi films ever made.” “The fact that there isn’t a single word spoken for the first 20 minutes, yet you are utterly hooked-in is a testament to how good the story and animation are in this movie.” “A beautiful movie that recalled classic silent films of old, packed in a love story, all within a 21st century allegory.”

Surprisingly, though, Wall-E is the other film that managed to get votes for both first and last place. For example: “It was so slow. I couldn’t make it to the end of the film.”

Entering the top 5 is Pixar’s fourth film, which paired up the unlikely monster duo of John Goodman and Billy Crystal. “An amazing blend of (then-)cutting-edge CGI, a stellar voice cast, and a script with enough whimsy for kids and enough cohesion for grown-ups.”

I’ll admit: this is my personal #1. It’s just such a great father-son story, and it doesn’t matter how many times I see it, I still get choked up at certain scenes. The scene where Nigel tells the tank gang how Marlin is swimming across the entire ocean to save Nemo and the camera slowly pulls in on Nemo’s face while the music swells up to drown out the dialogue? Perfection. (And yes, I just made myself a little verklempt.) And I’m not alone: “The movie has humor and grief, and the two were balanced well.”

Perhaps the most obvious example of a film made famous for one sequence, Up is universally beloved for its heart-rending opening sequence about Carl and Ellie. The rest of the movie is touching and entertaining, but it just doesn’t have a chance of living up to the first four and a half minutes. Think about that. The film made it to our top 3 (and is consistently regarded as one of the best Pixar films ever) thanks to 5 percent of its run time. Still, the film as a whole holds true to its core message: “It’s about growing up and moving forward at any age.”

The very first Pixar film is still one of the best. Sure, it was a technical wonder at the time, and much of the original press focused on the quality of the computer animation. But the reason we’re still talking about Toy Story, 20 years later, is because of its heart. “It’s more about the story than the animation, which explains why it remains such a good film despite the advancement of technology.” “Sometimes, something magical happens, and no matter how hard you try, you can never quite make it happen again.” Interestingly, Toy Story is also the only film that didn’t receive a single vote in the bottom 5.

And the winner is….. 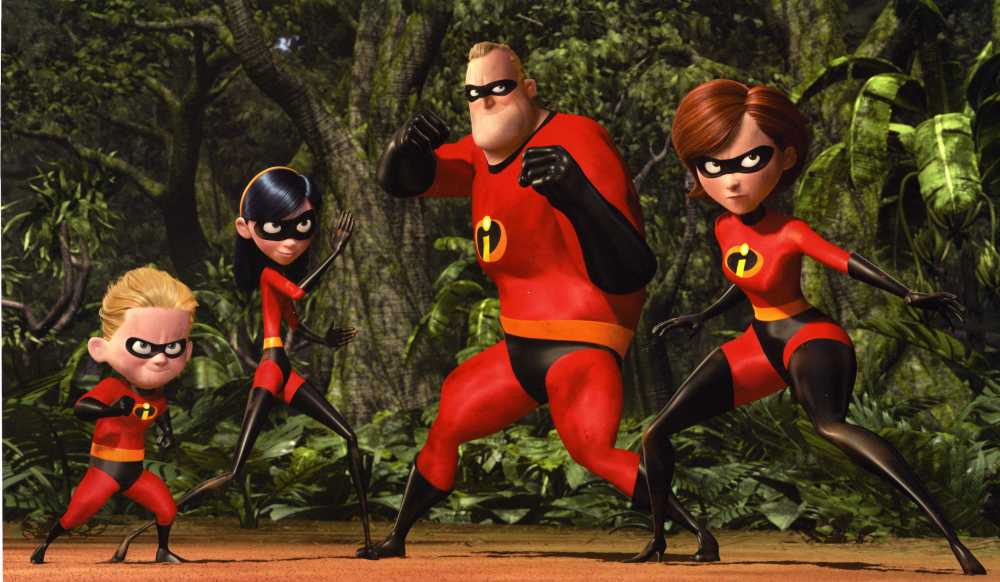 As if there were any doubt. The word most commonly used to describe The Incredibles is perfect. We can only hope Brad Bird learned the Cars 2 lesson, and the sequel everyone is waiting for delivers in spades.

So? How did we do? Do you agree? Vehemently disagree? Sound off in the comments. 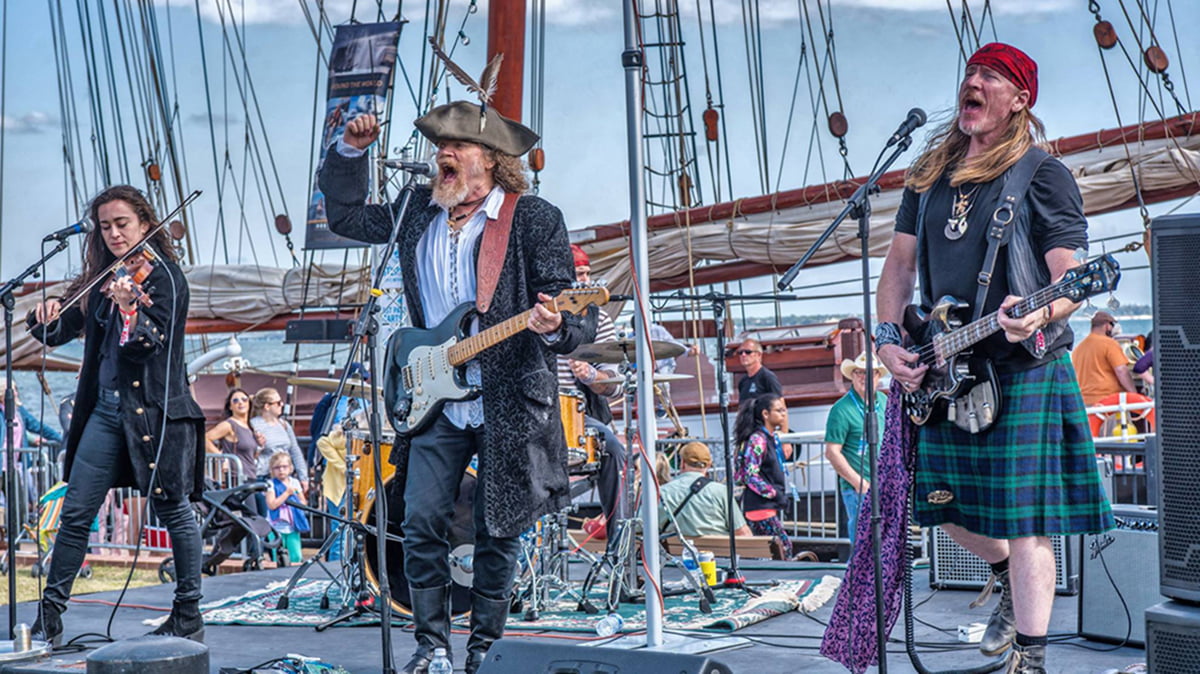 Nothing Blue About Mason & His Buccaneers